The spring and summer have always been my favourite time of year.  Despite a serious inability to tan, I love getting out in the sunshine and warmth. While I was at university, the best time was after the basketball season had ended, exams were done and we had Arts County Fair to look forward to and some free time.

While playing in Europe, I always liked playoff time (April - June) the best. Coaches usually backed off the intensity of practice, meaning I wasn't sore every day.  When we weren't in the gym, we could get out and enjoy the good weather with some frisbee in a park, swim in a lake or take a trip to some new place for a beer on a patio or gelato in the Zentrum.

Times have changed now and I don't have the same predictable schedule (at least when it comes time to holidays and time off), but there are still spring time traditions I always look forward to.

Easter marks the start of the spring season but is tough to predict what that will be like.  It can be 5 degrees and raining or 20 and sunny.  Thankfully this year it was the latter which allowed us to kick off spring with a bonfire and easter egg hunt...without any frostbite incidents.

It's the best workout I can get these days.  I came away with a very bloody blister, a cut from someone's skate on my ribs, a disappointing loss in overtime of the finals...and thrilled to have gotten to play.  Beats the treadmill any day! 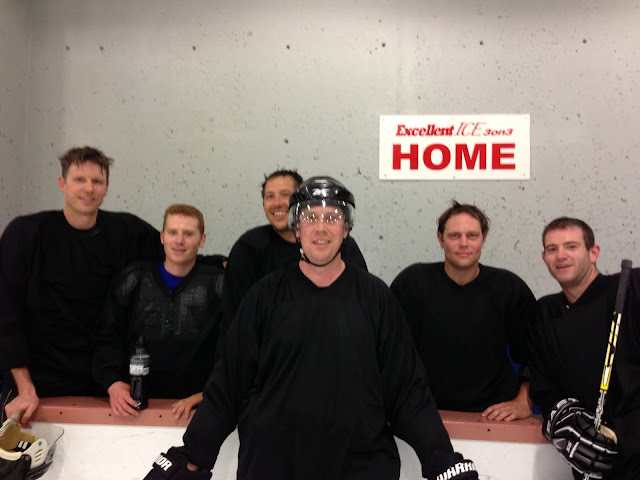 We headed for lunch and beers next door to the rink at Big Ridge and had a pretty good turnout. I think everybody is relieved to finally feel some heat. 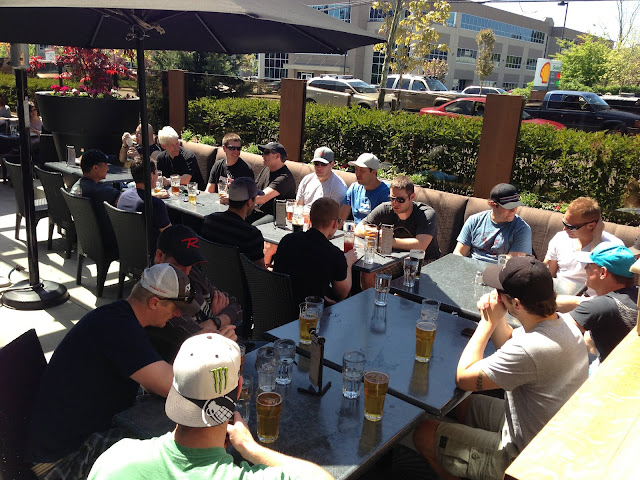 Thankfully, watching playoff hockey has been a pretty strong tradition around Vancouver for the last decade, and this year's no exception. You know it's a big part of the city when you have to line up to get a table at the bar 2 hours before the game starts.

I went to the Tap and Barrel with Mike and his brother, Steve and Jay for some sunshine (awesome patio) and the game. While it doesn't look like it's going to be a very long post season run this year, if the weather stays this nice I'd rather not be inside too much anyways. 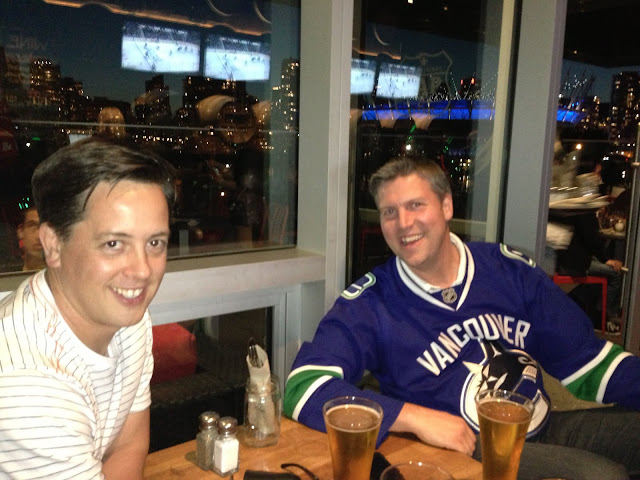 With a short vacation coming up next week, time is going to fly by to my the next spring highlight...Sports Day at the school followed by Steve's birthday at Sakinaw. It's been a tradition since Steve first invited his grade 6 friends up to the cabin after Kerrisdale School's Sports Day in 1986...and this year I'll be heading up with my grade 5 daughter (and the rest of the clan).