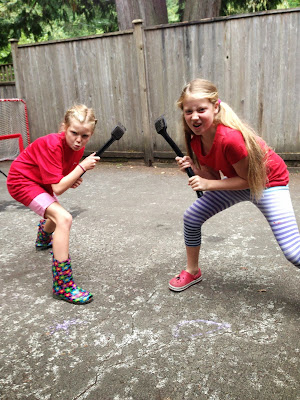 The fire department in Point Roberts set a challenge this summer. They wanted all the fire hydrants on the Point to be repainted...so, they set up a contest that provides paint and brushes for free from the local hardware store and asked residents to get creative. We can't pass up an opportunity like that...

First job yesterday was to scrape our chosen hydrant clean of paint flakes and cobwebs. We sent these two intrepid explorers to the hydrant with old BBQ tools to prep.

Next step is paint it white to get it ready for our design of...a sock monkey.

More updates to come...
Posted by Ericandles at 5:26 PM No comments: 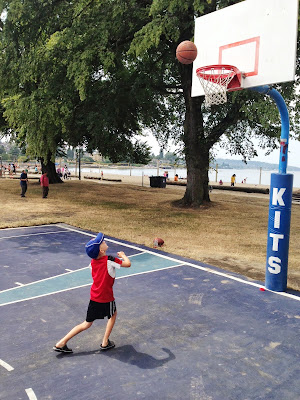 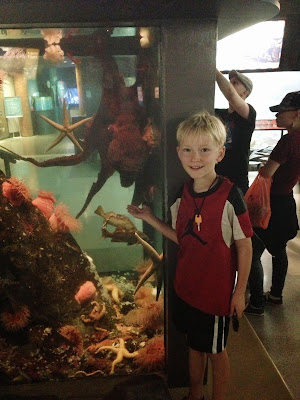 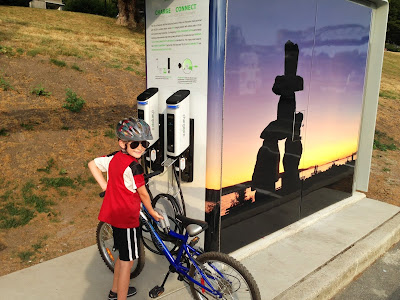 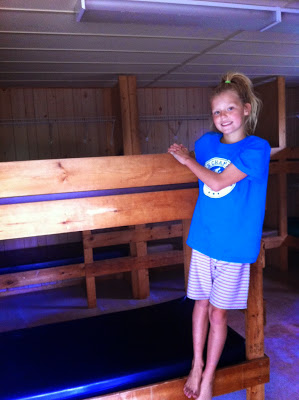 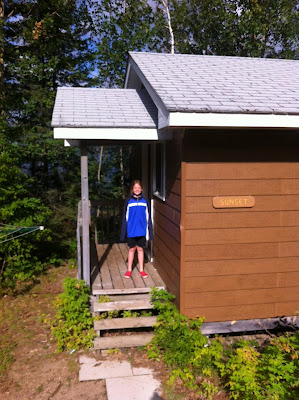 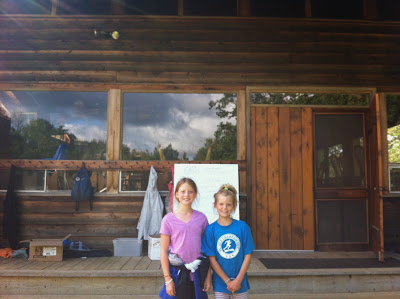 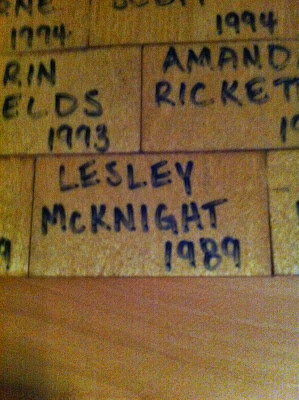 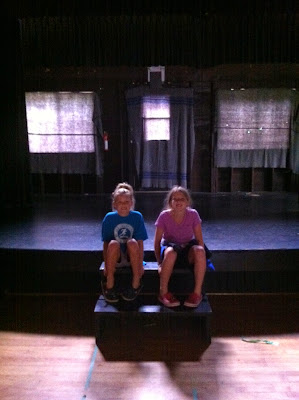 Mum and I picked up the girls from camp today. The same camp that I went to, my mum went to, my aunts went to and Eric's mum went to...three generations of GBC.

The girls bravely headed off for two weeks of camp. For them, it was the great unknown. I was very proud of their courageous and positive spirits embarking on something so new.

They had a great time. There were awards...in kayaking, sailing, swimming and the polar bear dip. Following in their mother's footsteps, they went for a swim in the lake every morning before breakfast. If you don't miss one, you get an award. There were only six this session, campwide. Two are coming home with us.

Here is Finny in front of her cabin:
Posted by Ericandles at 9:23 PM No comments: 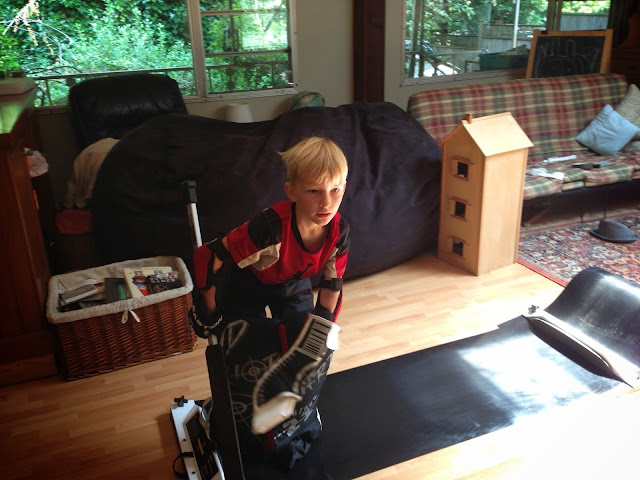 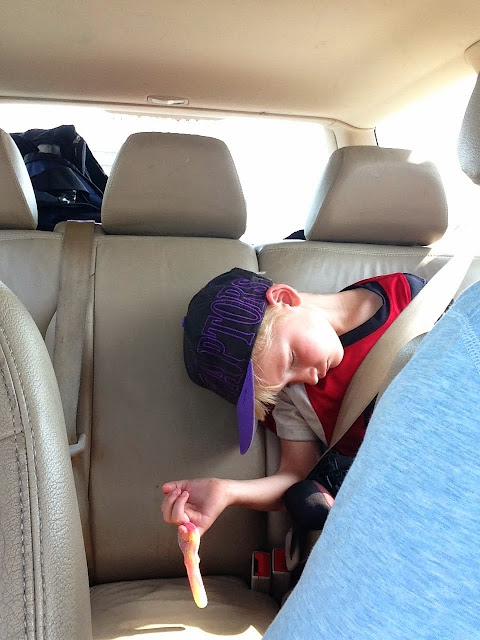 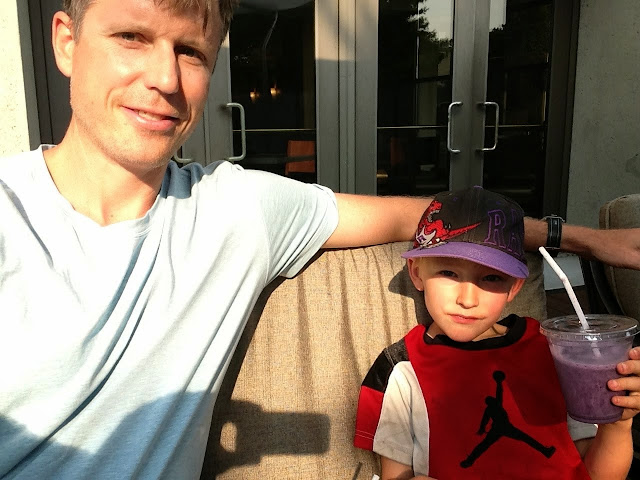 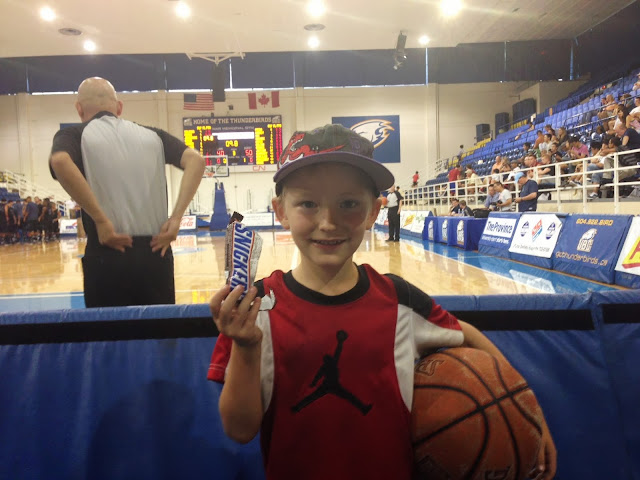 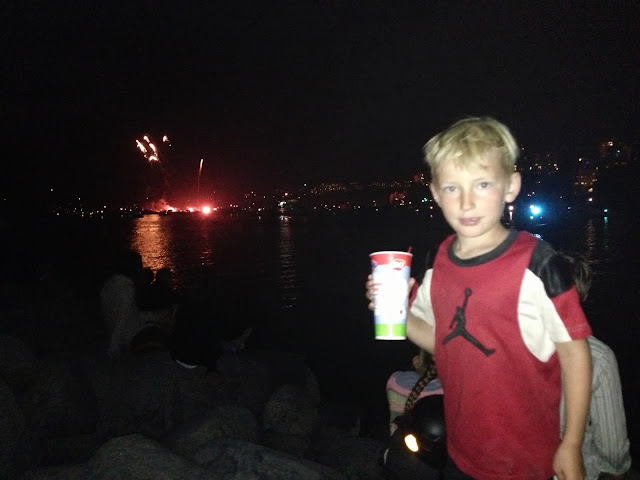 Posted by Ericandles at 1:22 AM No comments: 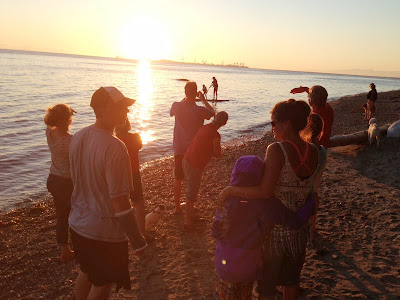 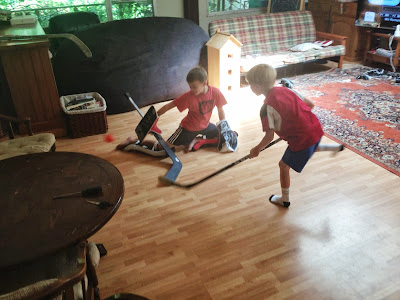 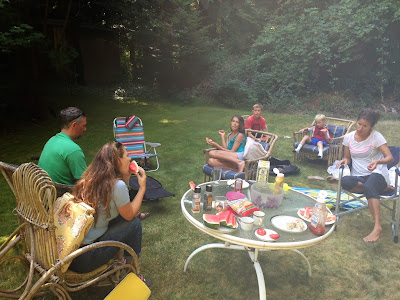 Posted by Ericandles at 1:21 AM No comments: