As it probably should be, the basketball seemed almost secondary to the trip itself.  As defending gold medalists in the last WPFGs, there was a pretty good argument for our team to stay in the open division.  However, because of some injuries and not wanting to beat ourselves up so badly we wouldn't be in shape to enjoy New York, we decided to go in the 35 and over division.  We figured the competition would be strong with so many east coast departments within a couple of hour drive from New York. 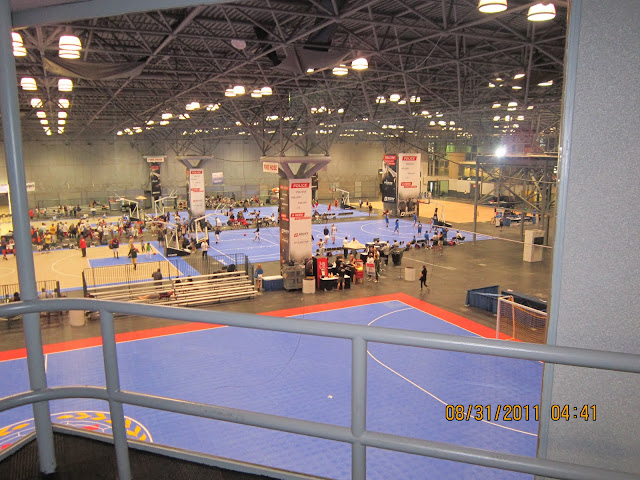 We were wrong!  We ran over everybody and probably the best basketball for us was our inter team scrimmage.  In the finals we played some big, strong guys from New York corrections, however they couldn't keep up with us.  We were up by 20 points by the middle of the first quarter and never looked back.  I had a great tournament, and together with Navi did the bulk of our scoring.   Everybody contributed in different ways and we actually played really well as a team, making the competition look worse than they were. 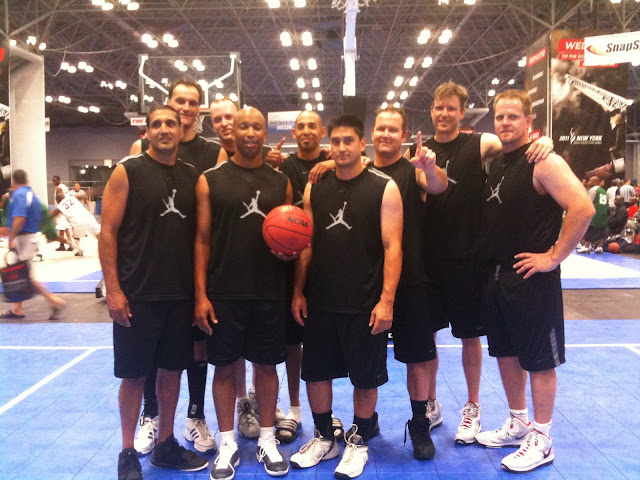 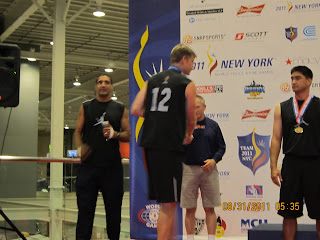 Our lone American AJ had to listen stand and sing the Canadian national anthem with us in front of a mostly US crowd. 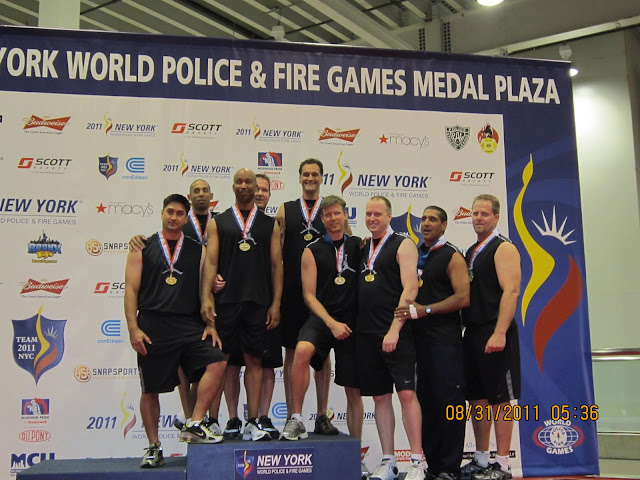 We celebrated our victory with a long night of drinking at Nelson Blue bar and on the roof top deck of a 42 floor apartment building on Wall Street.

On Thursday I had a very slow day until I headed off to the US open to see Novak Djokovic destroy Carlos Berlocq in straight sets. 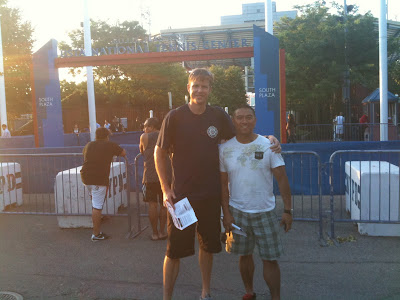 On Friday I walked from 125th in Harlem down to 34th street, which took me through Central Park, 5th Avenue, Park and Maddison Boulevard.  About 6 hours later I hopped on the subway to meet 17 of the guys from Delta Fire to watch the Yankees beat the Blue Jays.  We ended up partying into the early hours of the morning at Legends sports bar.

I arrived back at the flat at 3 am and got 2 hours of sleep before leaving for the airport and barely making my plane.

Les and the kids picked me up at 1pm on Saturday in Seattle and, despite heavy traffic, managed to get me to work by 5 pm for the start of a 24 hour shift....such an incredibly supportive and understanding wife. 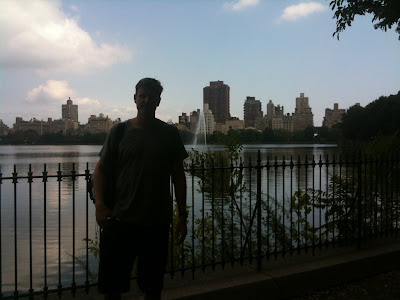 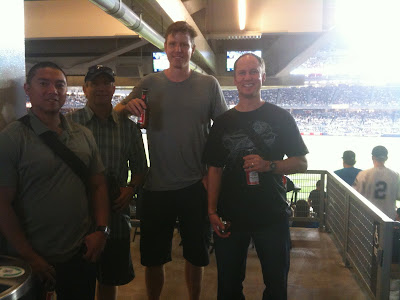 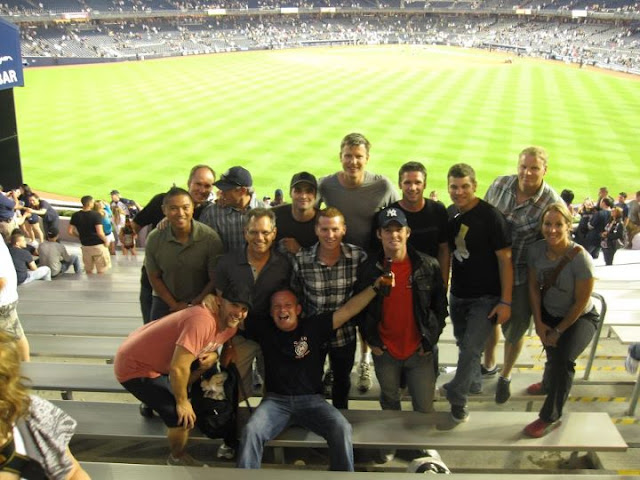 Posted by Ericandles at 4:32 PM