Oh darn, you do know us? Alright. We aren't that cool. At all. 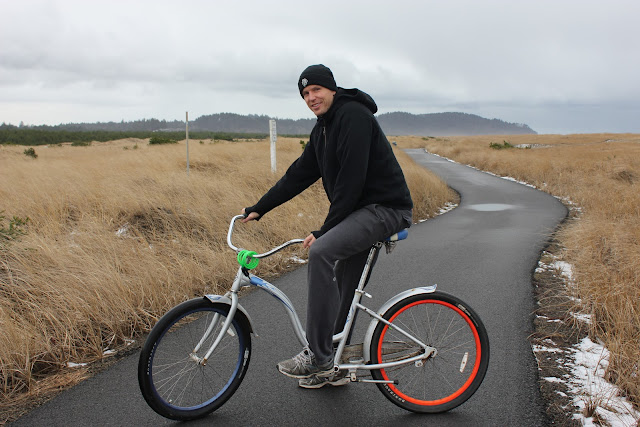 And don't I look pretty cool on my beige...oh forget it. I don't look cool. I am wearing my seven year old daughter's hat and a toasty pair of fleecy tights under my jeans. 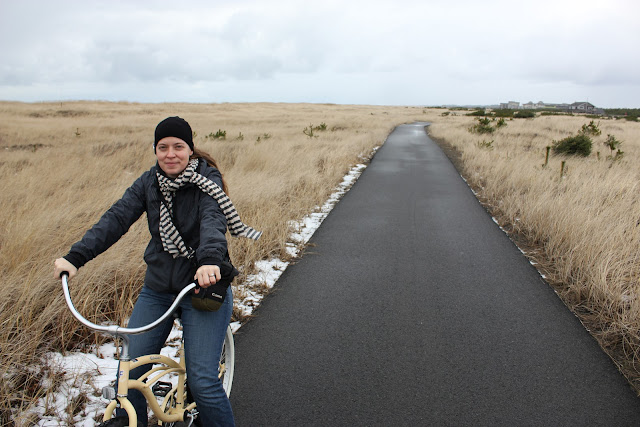 Eric and I took a little two night break away from parenthood (woohoo for grandmothers!) and headed for the border. I found a great deal on two nights at an awesome hipster hideaway in Long Beach, Washington called Adrift Hotel. It came with a breakfast one morning and a bonfire package (red wine, s'mores, and wood for a fire).

Somehow, in my excitement about this excellent deal and my love of the appealing vibe at this cool hotel...I managed to ignore my Google map. I guess it's kind of far. Oh, and it's also January. Apparently that's not beach weather. Did I mention that it's far? And...January? 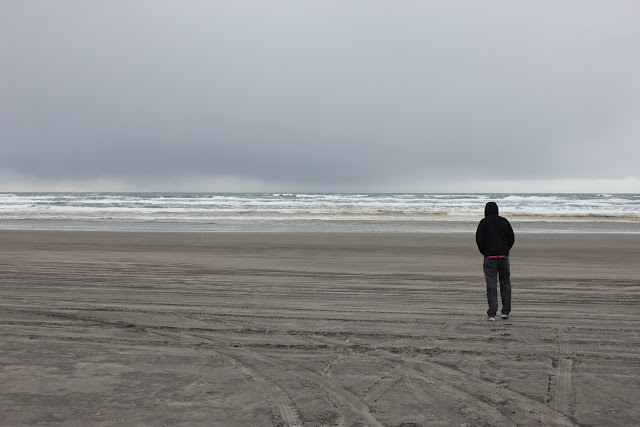 Luckily, January isn't that hostile out here on the Wet Coast. Except this week. Freakishly cold. And snow. A bit of hail and some freezing rain. That SCREAMS bonfire, doesn't it? That just SHOUTS long bike rides on the beach. 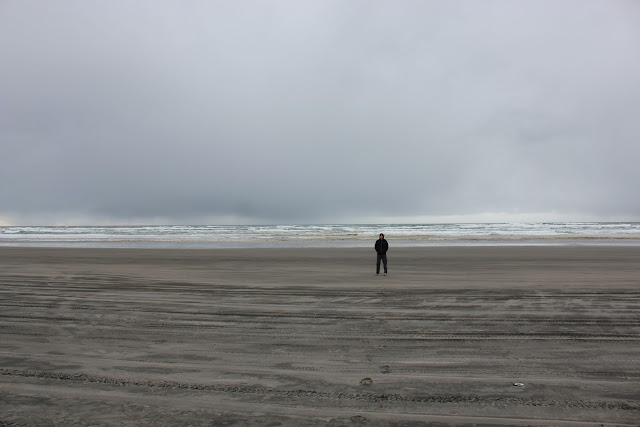 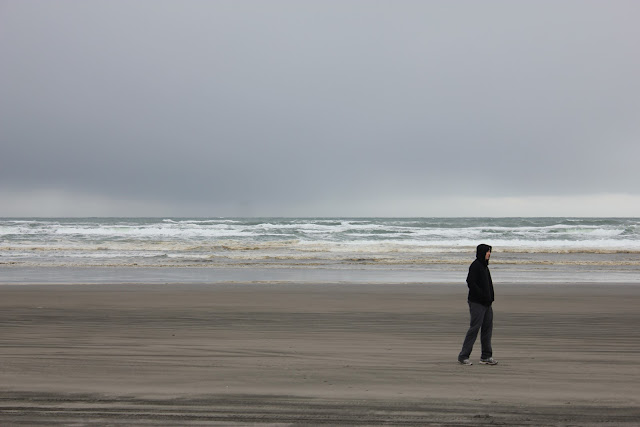 But once we got there, the long drive disappeared and the cold weather and stormy ocean was a little bit wonderful.

We laughed on our chilly bike ride, drank our wine in our room and drove on the beach. We slept in and watched movies (Ladder 49 and the Last King of Scotland). 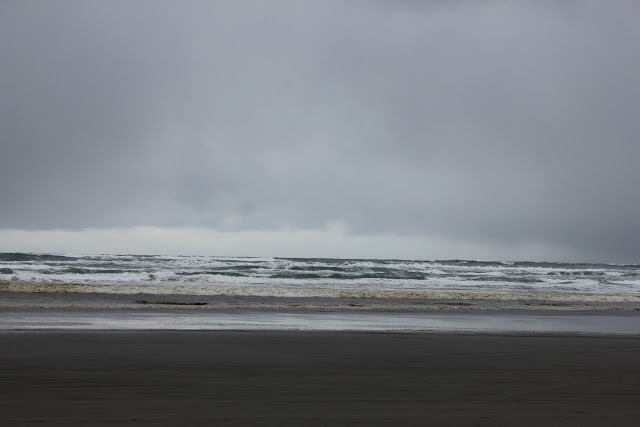 The beach was vast. 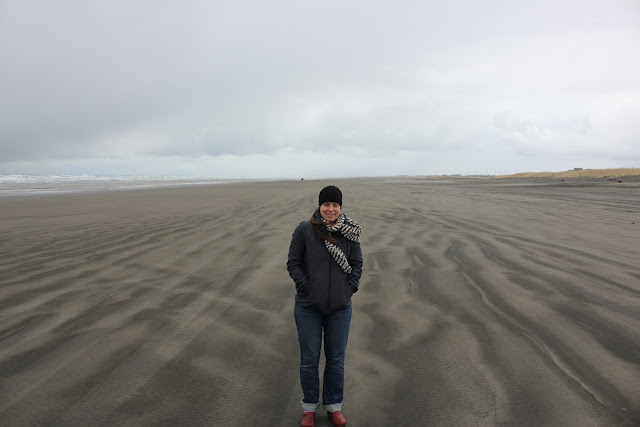 The hail was also pretty impressive. 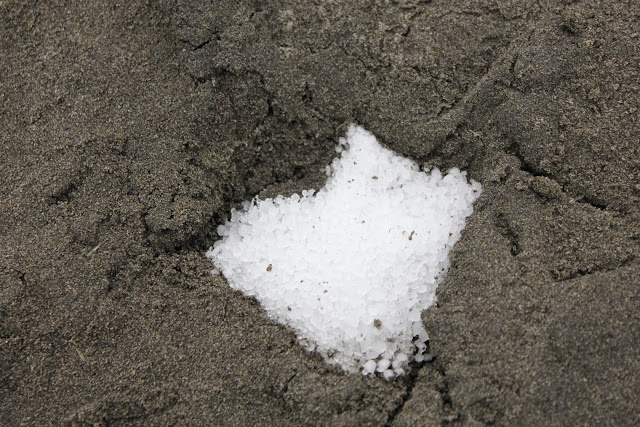 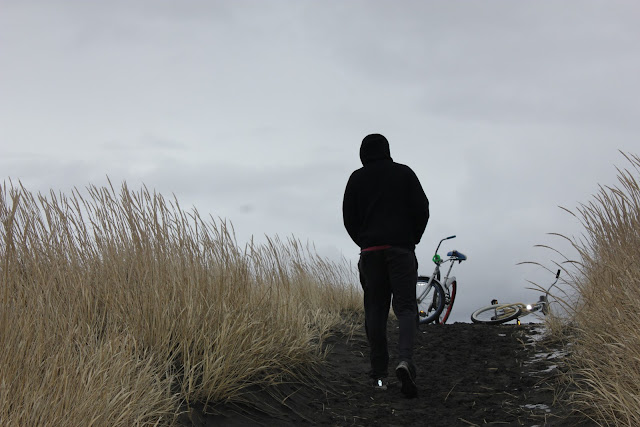 This is the skeleton of a 38 foot grey whale who beached himself in 2000. 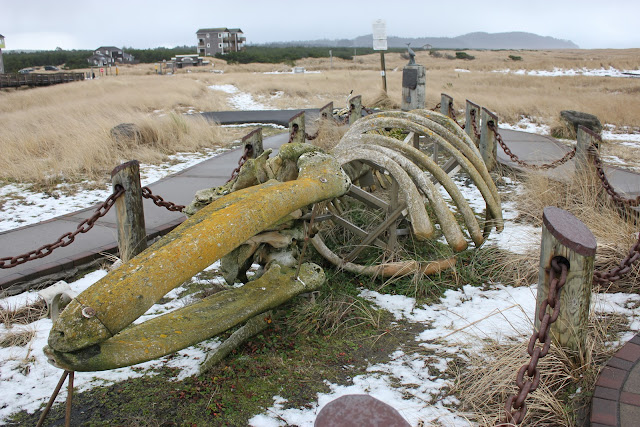 This is the happy, happy face of a man driving ON the beach for the first time. In Washington it's still legal to drive right on the beach. The trick, we were told, is to drive onto the beach at at least 40 miles/hour. Then stay on the hard sand and don't turn. Eric said he could feel how shifty and unstable it was. I think that made him like it even more.

I had visions of watching the Jetta carried off into the waves with the rising tide when we got stuck... 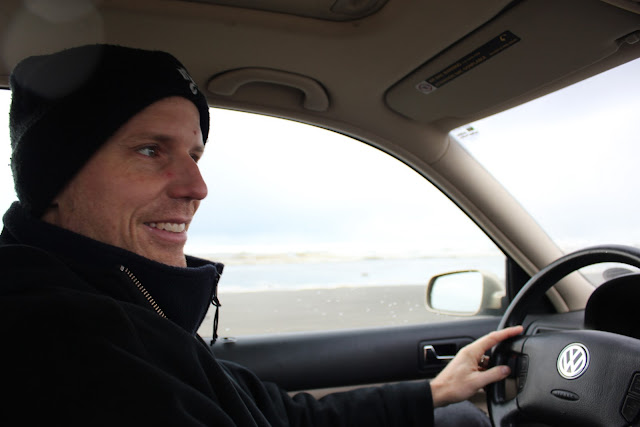 You can see how close we were to the water. It was a very cool experience. 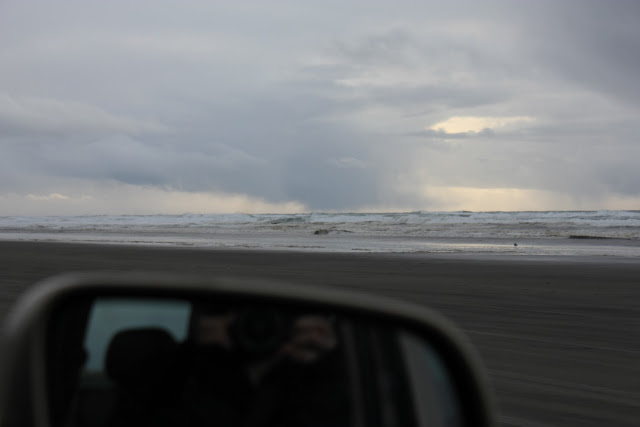 We drove into the Cape Disappointment State Park. This is the lighthouse at North Head, which was erected in 1898.

The lighthouse feels isolated and cut off from civilization today. I can only imagine how remote it would have felt 110 years ago. This is hostile country. 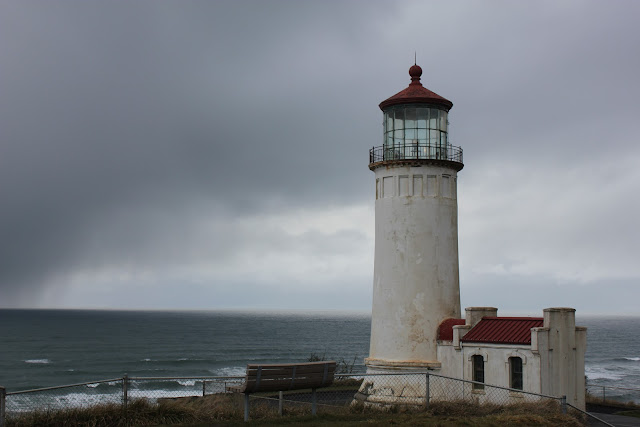 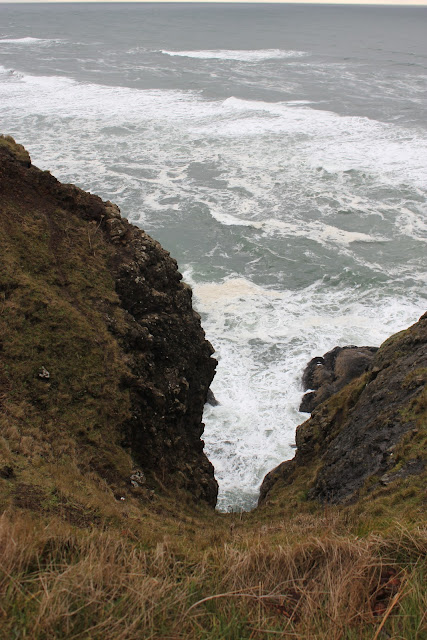 Somehow, we got a flat tire while we were in the State park. We drove on it back into Long Beach where we found a little shop to fix it while we waited. To kill time we poked around a little grocery store and then popped into a pizza place to get warm.

Chico's Pizza is a place that has had its heyday. But it still has some charm. The most charming part was the $9 pitchers of beer.

How do you say no to that? I don't know, because we didn't even try. 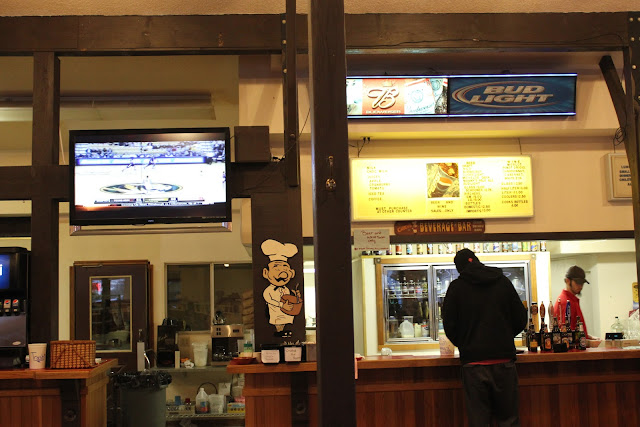 A couple of hours, a large pepperoni pizza and a small $5 of beer later, we were Chico fans. 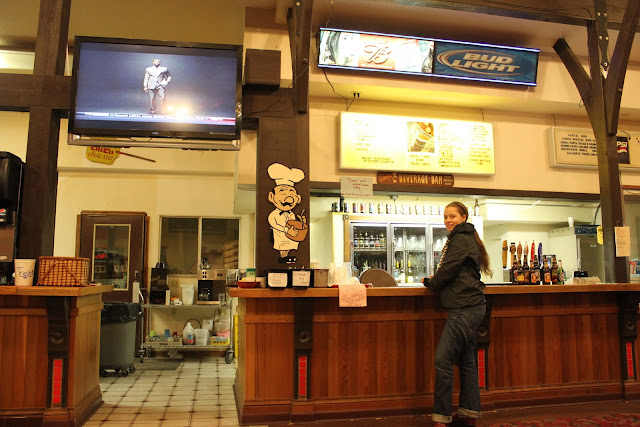 Even after the long drive there (and back...), it was a divine mini-break from our routine at home. We might not be cool or hip, but we are happy.
Posted by Ericandles at 12:44 AM