Our trip to Britannia Mine with the Warringtons was so much fun that we figured we should cram in another day of exploration while school was out.

Larissa suggested a day trip to Sidney on Vancouver Island. I heard the plan and could only think one thing: that sounds like an early morning. I was reaaaaaallly enjoying my sleep on the break, so it was a wrench to commit to a 9 a.m. ferry as foot passengers.

In fact, it was such a sacrifice that...I slept in.

Picture me waking up at 8:15. Now imagine me frantically making omelette sandwiches for the kids to eat in the car. Now picture me chugging coffee on my way out the door and dropping the mug in the driveway like some sort of marathon running pounding Gatorade on the course.

Now imagine me pulling out of the driveway in the car at 8:38. For the 9 o'clock ferry.

We made it. How? No idea. I had to place a panicked phone call to get Larissa to buy tickets because they stop selling them ten minutes before the sailing (I remember that from my UVic days...it's a heartbreaker).

We parked the car and RAN onto the ferry.

The ferry, then the public bus and then...the Shaw Ocean Discovery Centre.

Where we discovered that Molly is going to be a scientist: 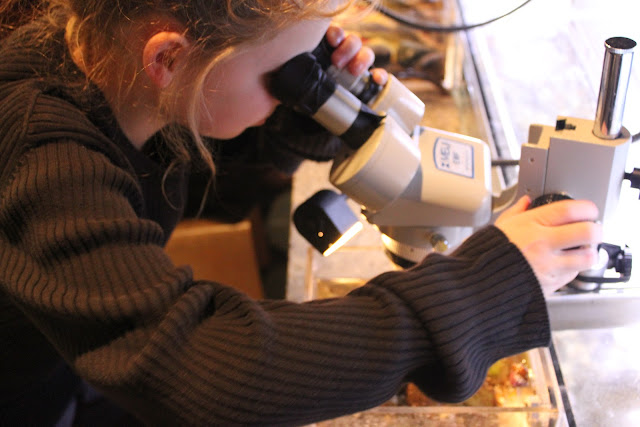 Doesn't she look like a natural with the microscope? Look, she's off her seat with the excitement of discovery. 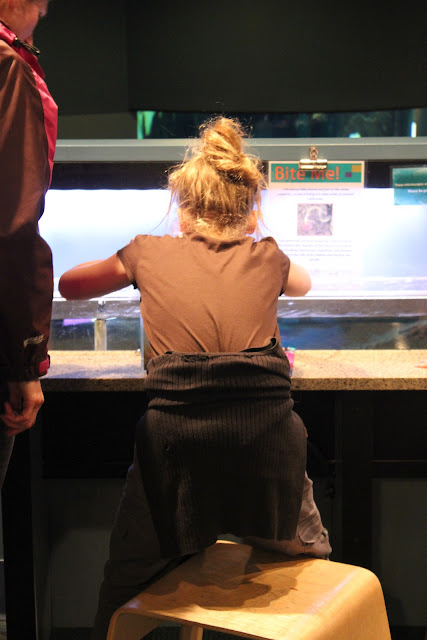 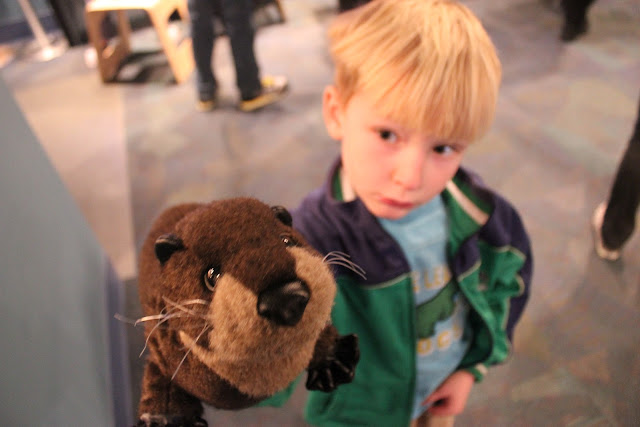 The Centre wasn't huge and we were traveling with nine kids again. Everywhere you turned, there was a blond head that belonged with us. It felt a teeny bit like an invasion. 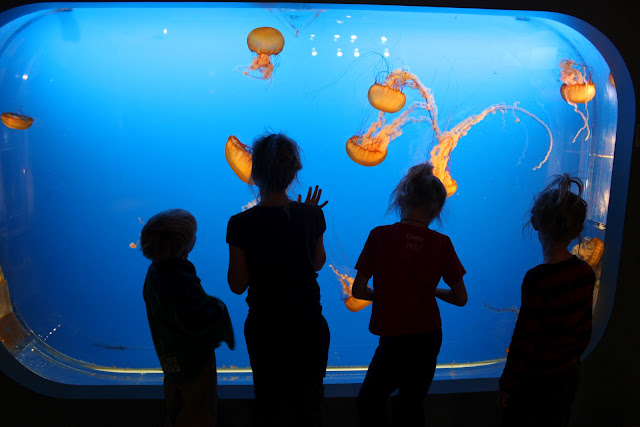 This is Finny doing some sort of interpretive dance involving swimming, fish...and disco...? 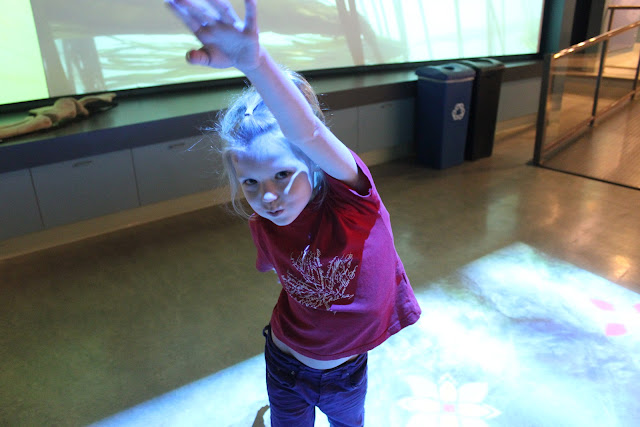 The highlight for me was this giant octopus. They have one at the Vancouver Aquarium, but he is crazy shy and you almost never see him out of the rock cave in his tank. This guy was an exhibitionist. 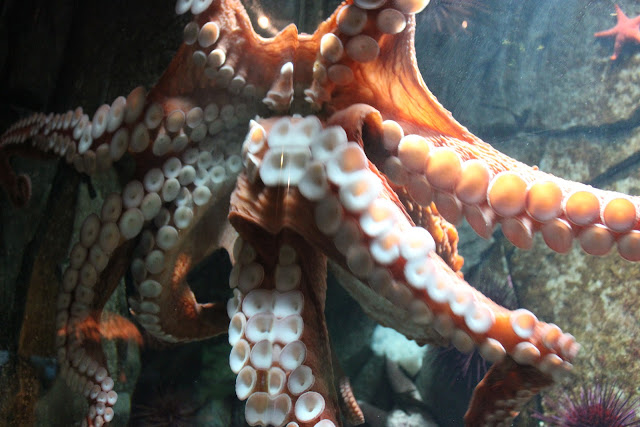 It's no wonder octopi are cast as villains. Look at that face. 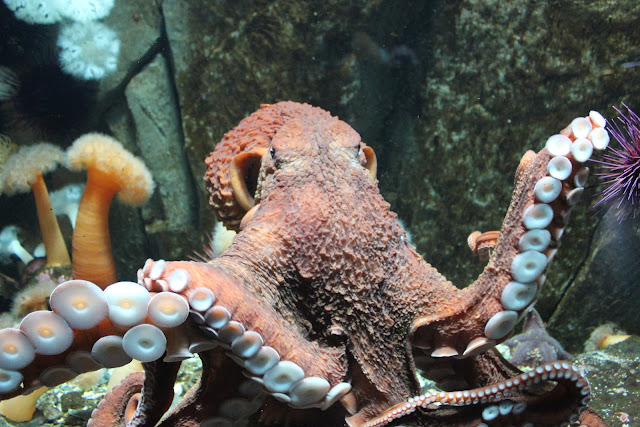 And the crazy bulbous brain head. Dude is INTENSE. 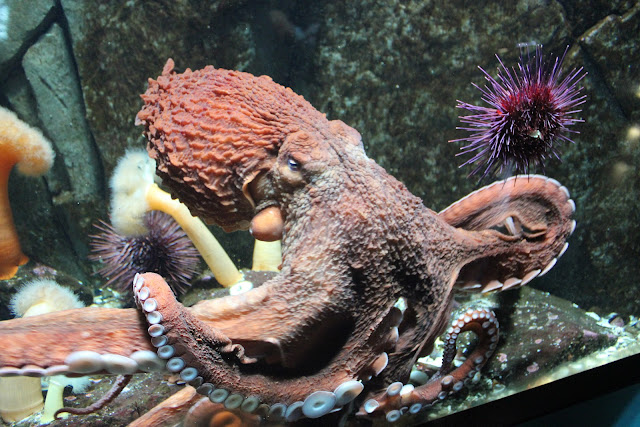 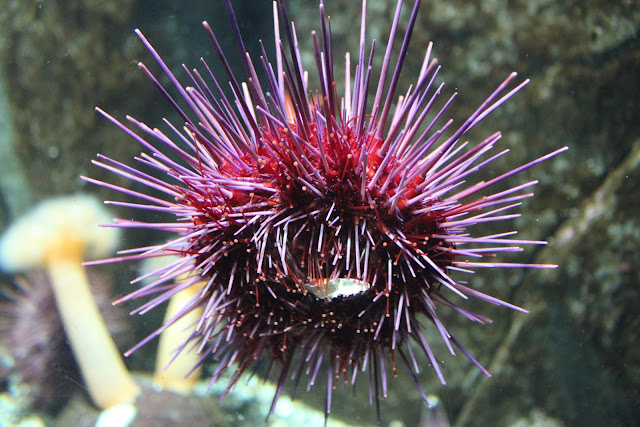 Finny in front of the awesome entrance to the Centre. 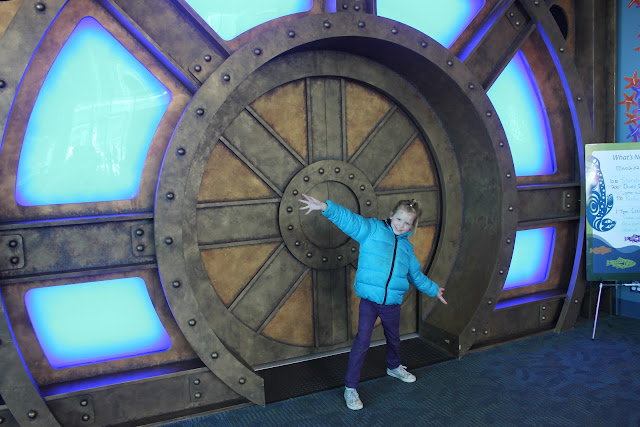 We took a stroll around Sidney to look for lunch options and found the most wonderful little bakery. It was exactly how I remember bakeries when I was a kid. Everything was baked in house. Items go into a white box tied with string. And the prices...they also seemed very 80's. I went on a bakery spree. We had pizza pretzels, cheese sticks, sausage rolls, foccacia, even Cornish pasties. And four massive apple fritters for dessert. It was just over $13.

Observe the feast below. 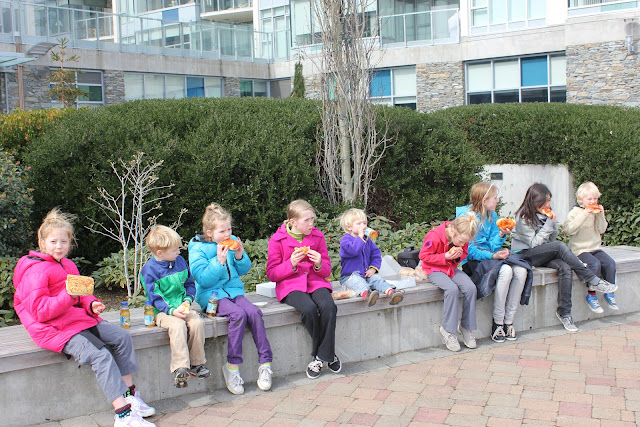 The apple fritter is almost as wide as Lukey's shoulders. 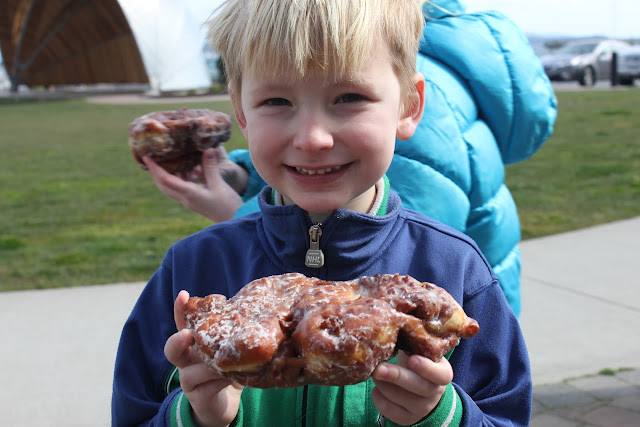 It was just after I took this picture that he said, "Look, I am nearly half done already..." Um, right. None of us finished. 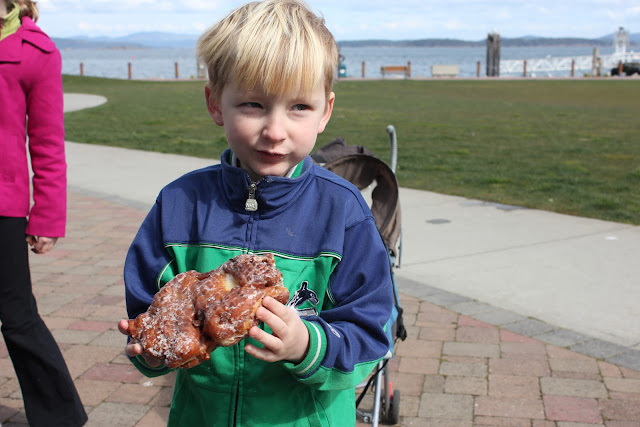 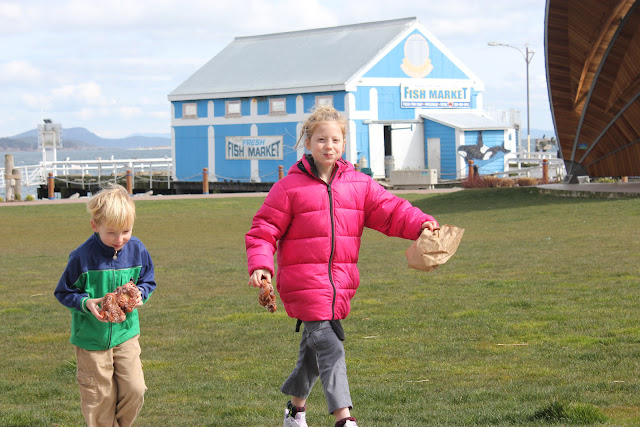 Molly got Hermie the Hermit Crab at the Ocean Centre. She and Lucy built a beach habitat for him. The beach in Sidney was really, really unusual. There were thousands and and thousands of pieces of beach glass and a similar number of pieces of thick, broken crockery. It was spectacular and odd. 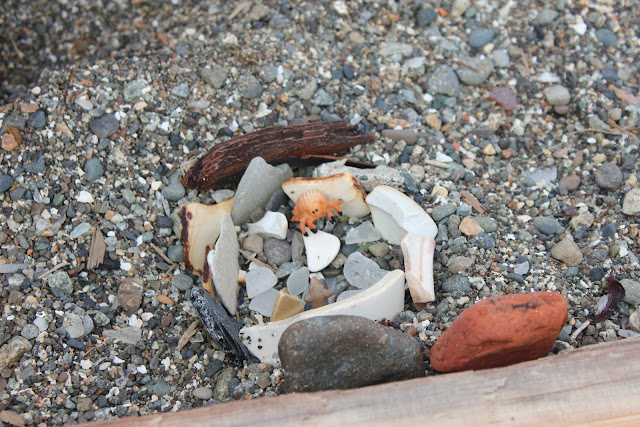 It isn't easy to get a group shot of nine squirmy little people. This was the best I got. The kids are outside of one of the best books stores I have seen in any town, let alone a little beachside village. Tanners Books was impressive. Also, in their kids' section...they had my book. So, obviously they have great taste... 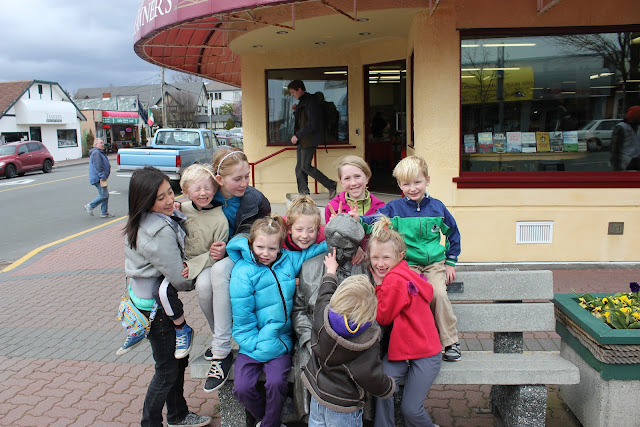 The trip back to the 5 o'clock ferry was on the top level of the double decker bus. So cool. 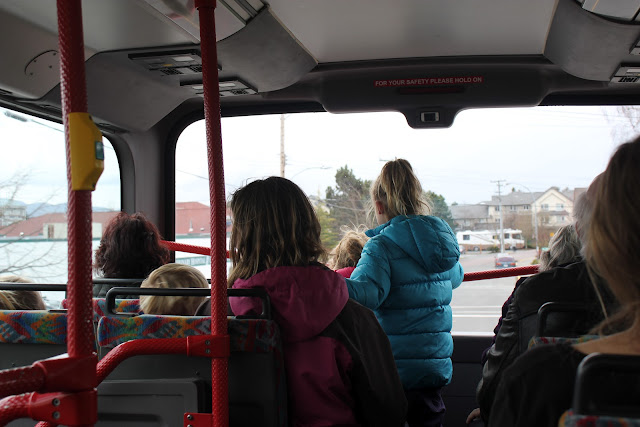 We made it home by 7 o'clock. It was another great day, which prompted Larissa and I to launch Les and Larry days...we will haul our crew to more activities on holidays and PD days. Look for more in the future...
Posted by Ericandles at 12:18 AM