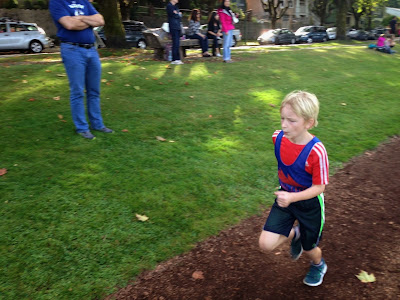 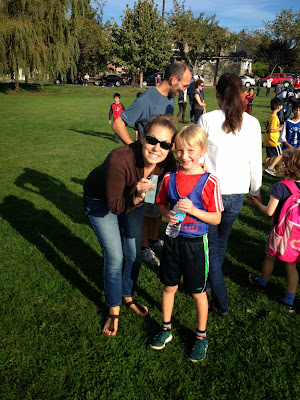 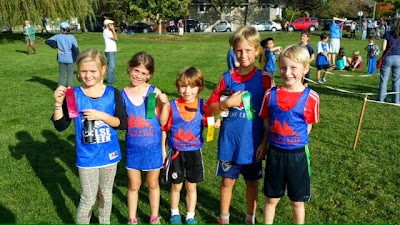 Lukey loves to compete...but has always been hesitant to join the cross country team at school. Maybe it's because of his competitive nature that he holds back, knowing the pain he'll have to endure.

I can certainly recall many afternoons sitting in class with an upset stomach, in anticipation of a big after school run. I don't think anything has made me more nervous in life than the anticipation of a competitive run. Even big games in basketball were never the same feeling.

Lukey dealt with it well and finished 12th in a big field of competitors. Molly made us proud by competing in her grade 7 heat, at a age when most girls have already quit. Finny raced really hard and came in 4th.
Posted by Ericandles at 11:09 PM