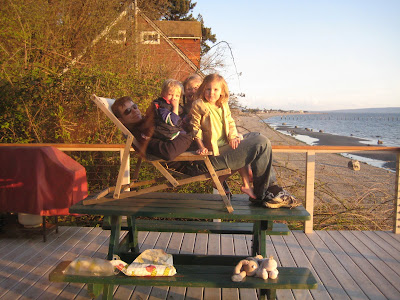 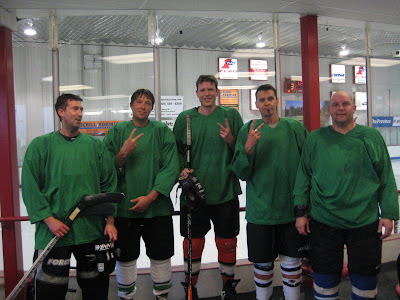 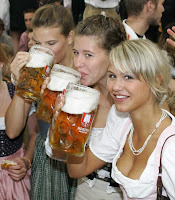 Inviting a whole fire department, and their families, to a party at our place in Point Roberts was a big leap into the unknown. I was happy to do it to celebrate the end of our probationary year and official acceptance into the fire department. Also, it gave Les and I a reason to look after some things at the cottage that we had been neglecting for the last 3 years. Over the last few weeks I have done lots of power washing, gardening and general tiding up. I also got to a few old lighting and wiring projects.

Les took care of the food shopping and I bought a few hundred beers. Worries over the weather and border were unnecessary as we had a rare cloudless Spring Saturday afternoon with no border lineup. I had no idea how many people to expect, so we had prepared in case a lot showed up. We were just about right in terms of beer but had way too much food. We will be eating hot dogs, chips and veggies for the next several weeks, but was happy with party and wouldn't mind doing it again. Apart from getting vomit on a sweater I lent out and urine on the boccie ball, everything went really smoothly. The bonfire had intense enough heat to keep us warm until we finally packed it in around 1am.

Clean up the next day was little hampered by muscle soreness left over from the Spud cup hockey tournament two days before. The department fielded 5 teams of 6 or 7 players for a 3 on 3 tournament. Playing 5 twenty minute games over a few hours with lots of open ice requires well conditioned players who can really skate.....which is definitely not how I would describe my game. My team however, was able to overcome my handicap to land a spot in the final. I even started to get my legs a bit and scored one of my nicest goals ever. It wasn't enough for us though as we fell 5-4 in the final game. Afterwards, most of the guys headed back to Shaun Cropley's for burgers and beers on his sunny back deck. 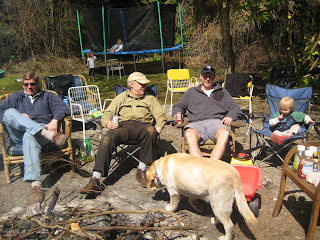 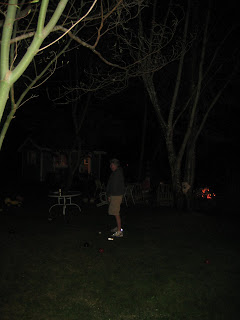 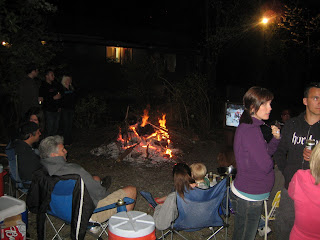 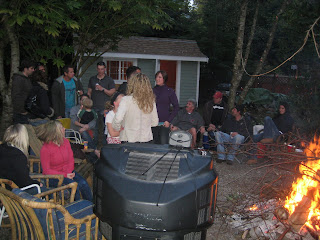 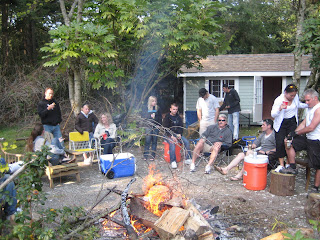