Lucas has an all consuming obsession with two DVDs: Mighty Machines at the Firehall and Robert Munch Gift of Stories.

He is working on stringing multiple words together, but there are lengthy pauses between each word. That's why it's funny when he asks for the DVDs by saying, "OneMoreTime". It's a giant word. I don't know if he thinks it's one word, or if he is so motivated to get the phrase out that they words just tumble out speedy fast. Or...maybe it is just the practice he's had with that particular phrase...after all, he says it 65,931 times a day.

He starts his "OneMoreTime" campaign about three minutes before the end of each show. It doesn't matter how many times he has watched it that day, either. It's never enough. I should really teach him "TenThousandTimesMore", because that would be more accurate.
Last night, we were playing "Broken Telephone" as a family in bed. It's a silly game to play really, since kids can't whisper well and we were in close proximity to one another. Plus Finny doesn't hear super well so she said, "What?" every single time I whispered to her. But, there we were...playing anyway.

We found out quickly where our telephone was broken. We were all phones of varying quality, but Lukey was this: 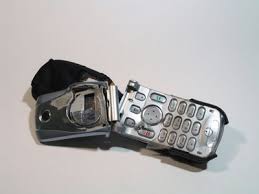 No matter what words we whispered into his ear, he always passed along the same message......."Munch". We were howling. The phrase changed but EVERY SINGLE GAME went like this:

And before you feel sorry for the little two year old who didn't understand the rules of the (very simple) game...don't. He got it. Believe me, he totally got it.

*FULL DISCLOSURE* To get the ten minutes I needed to post this, I put on Munch. He just said, "OneMoreTime". Seriously.
Posted by Ericandles at 8:51 AM