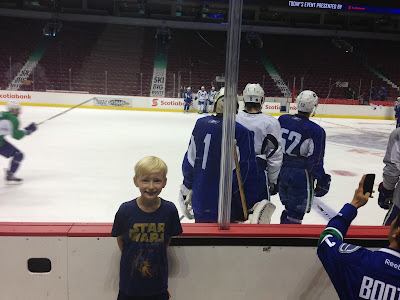 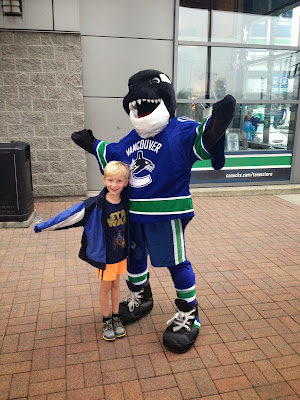 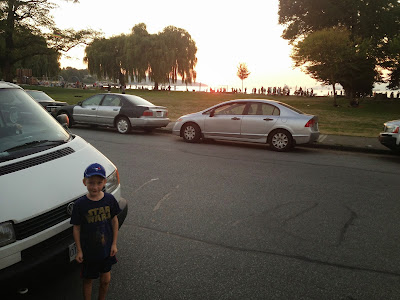 Despite living so close to Rogers Arena, we don't go to many Canucks games. It's a lot of money to take the family and you never know what kind of effort you'll see with a random game in the middle of an 82 game season. Lukey and I are pretty happy to be able to zip through a game on the PVR in less than an hour instead.

However, getting the chance to see an open practice and scrimmage was a great experience. As you can see, we got to sit right by the ice and have a great view of the players.

I liked seeing the practice part the best. It was incredibly well organized and seemed well thought out. The players seemed ready and focused for the whole session and played at a high intensity throughout.

It was great for Lukey to see how hard the players worked at during the 15 minutes of pure skating at the end of practice. In this picture Lukey is standing in front of Luongo and Tanev and a prospect, who are taking their break, while Jannick Hansen is skating his laps. Yes, even the goalies have to do the same conditioning!
Posted by Ericandles at 1:41 PM