Eric and I are reminded of the time we went to see Greece. We took a ferry that happened to land in Corfu. We decided to spend one night in Corfu before heading off to explore other islands. A week later, we took the ferry back to Italy. From Corfu. We never left. It was too easy to stay.

The 2014 version of this experience is Newcastle Island. It's $12 to tie up on a buoy. The island had tons of fun stuff for the kids to do. The weather was glorious and...it was windy and wild just outside the protection of...Protection Island.

So, no Hornby. It was just a little too far (over 6 hours) in just slightly too choppy open water. Why, when the allure of our floating island, a super fun real island and long evenings in hot sun were already within our grasp. Corfu Part Two.

So, we woke up at Newcastle again. We decided to row our dinghy over around the point closest to Nanaimo. There was a huge cove there we wanted to explore.

When we got there, we quickly realized the cove was absolutely covered with tiny crabs. 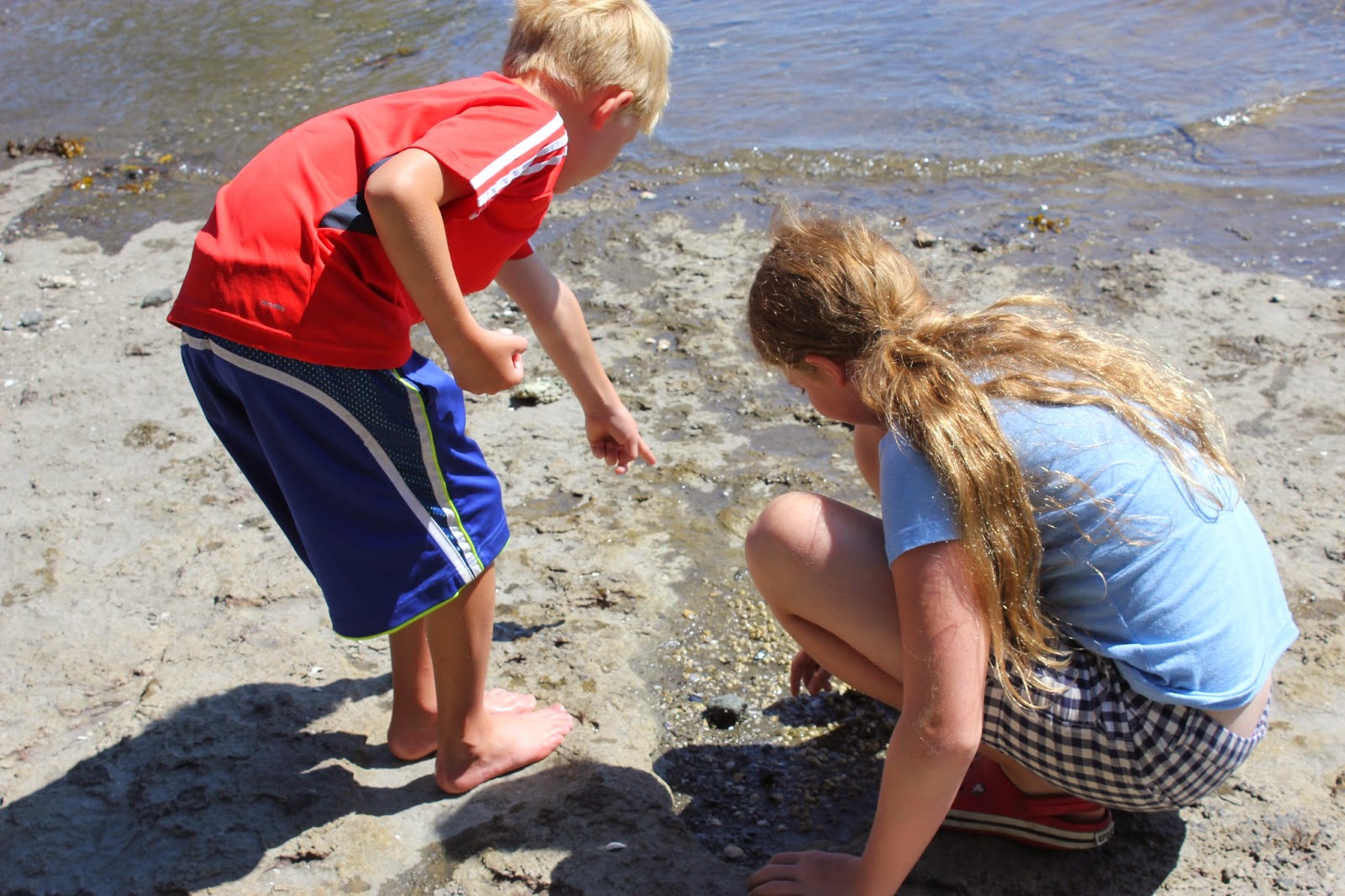 Everywhere you looked, the ground was alive with them. 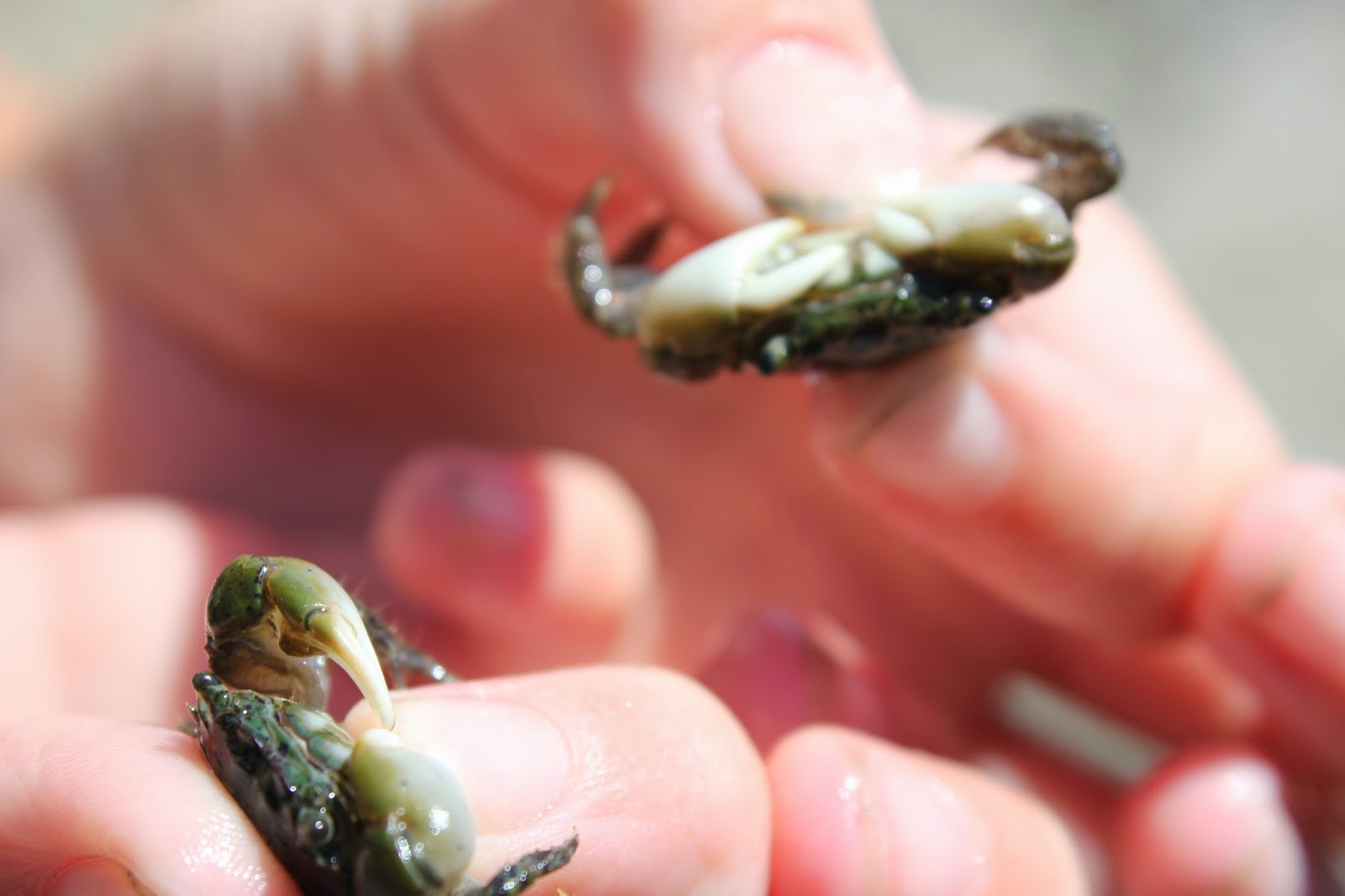 The kids quickly designed crab "sanctuaries" (I know, that term implies peaceful spaces, maybe a spa treatment or two..."excuse me, Mr. Crab, can we offer you our 'claw-icure'?'"...get it, like a manicure, but for crabs...? Every time I said "crab sanctuary", I imagined little quote marks around it to make it ironic. Because I am pretty sure the crabs weren't that into it. But the kids were convinced they were making crab heaven. So, who am I to get in the head of a crab? Maybe they loved it.) 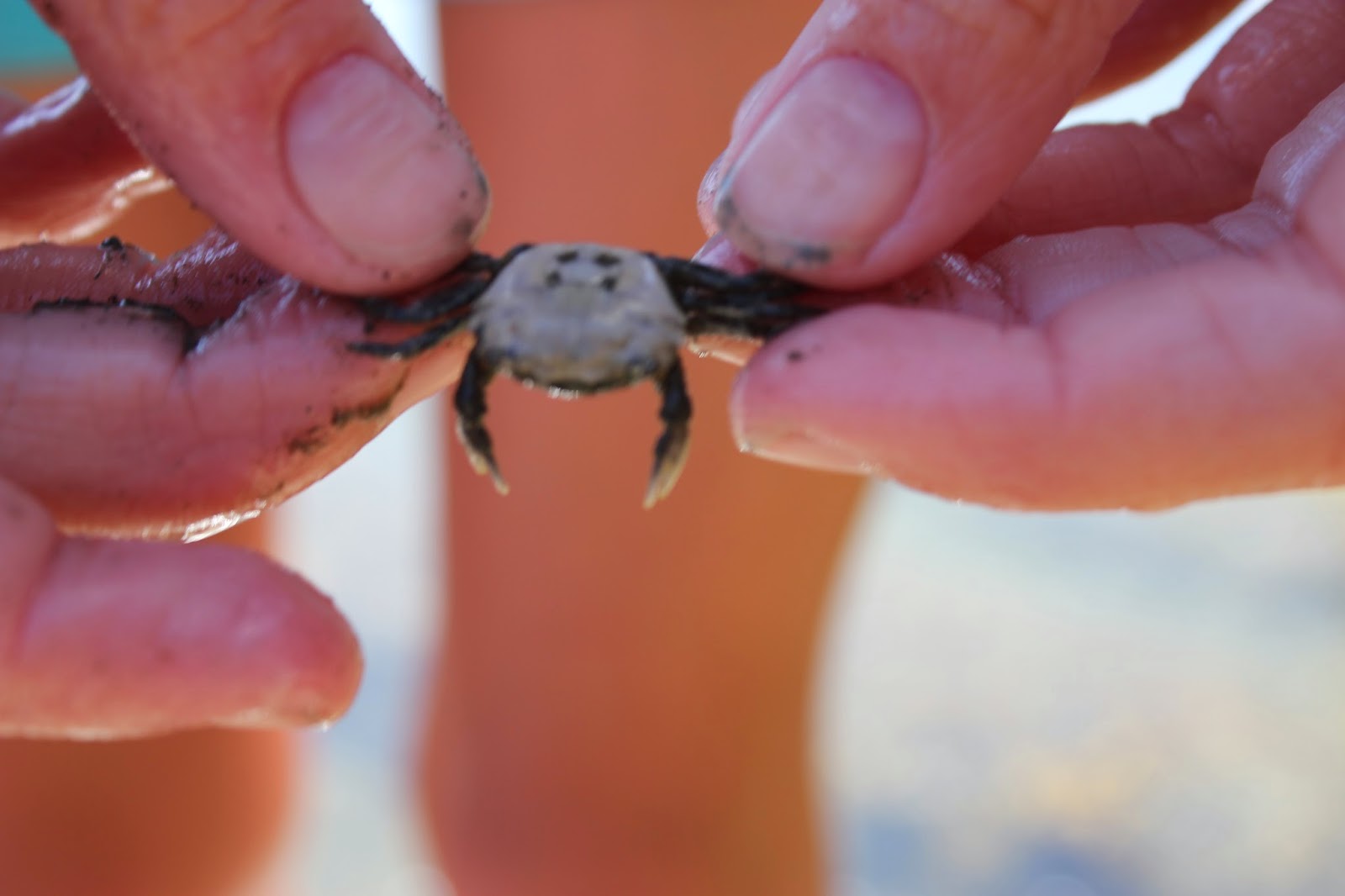 The girls each designed their spaces. Lukey was "security" for Molly and I was keeping a watchful eye for Finny...looking for escapees from the sanctuary. All the crabs got names. The feisty ones were named after convicts from Alcatraz (that Alcatraz tour in S.F. really did a job on our kids...). The pretty ones were named things like Handsome. There was a Biggie and a Monster. 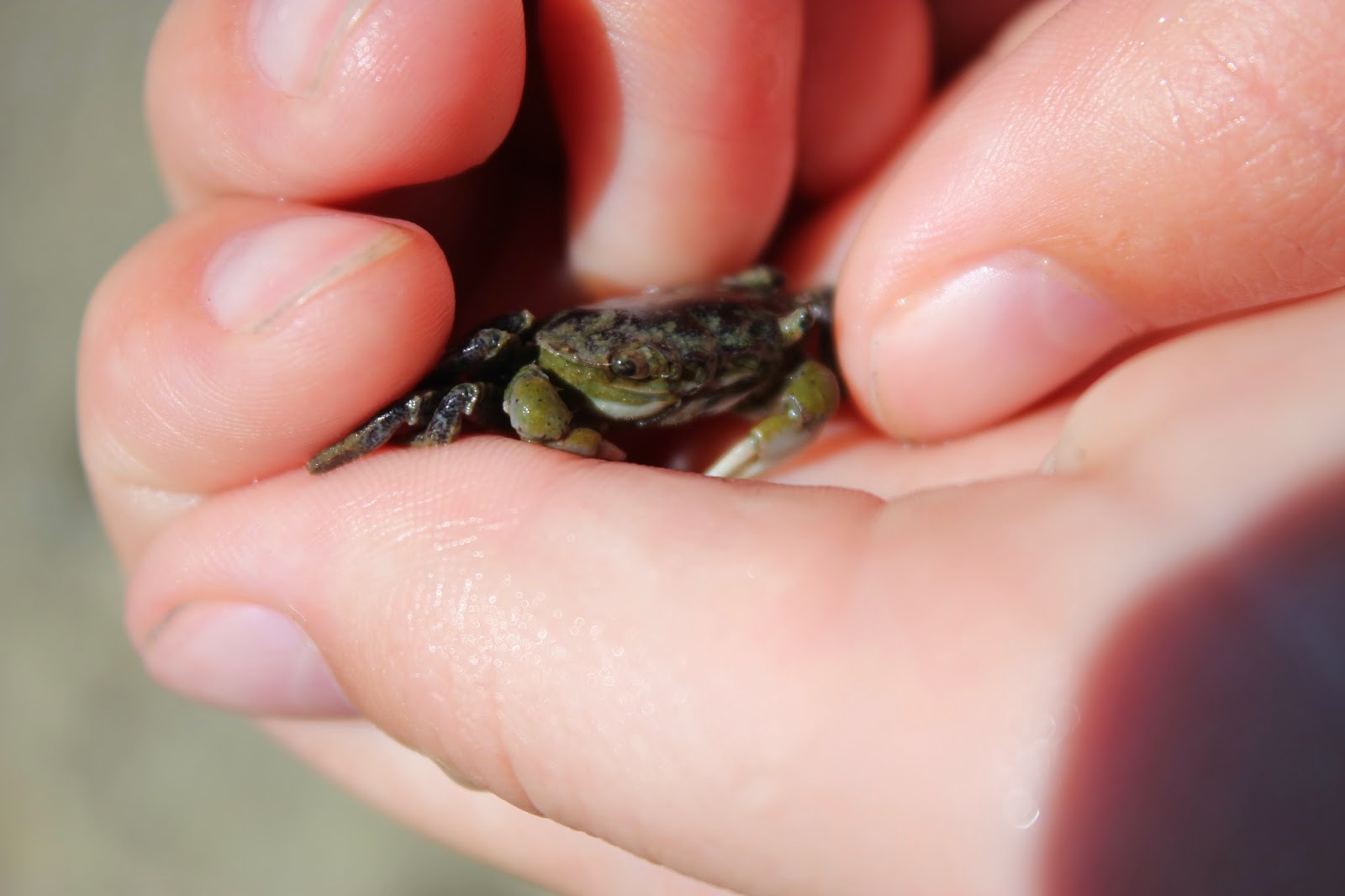 Finny really went after the biggest ones. Her frequent squeals could be heard all around the cove as the crabs pinched her. 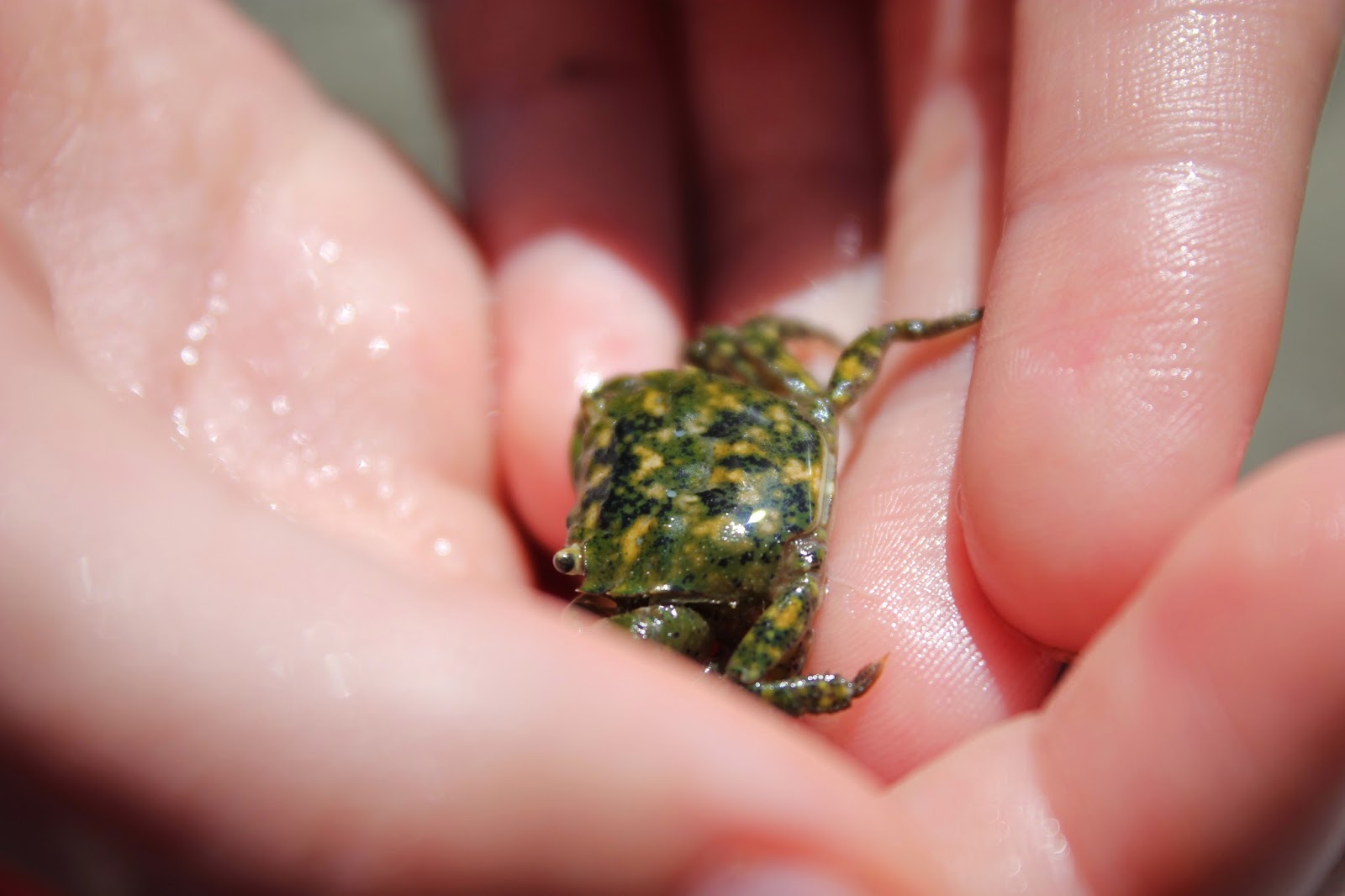 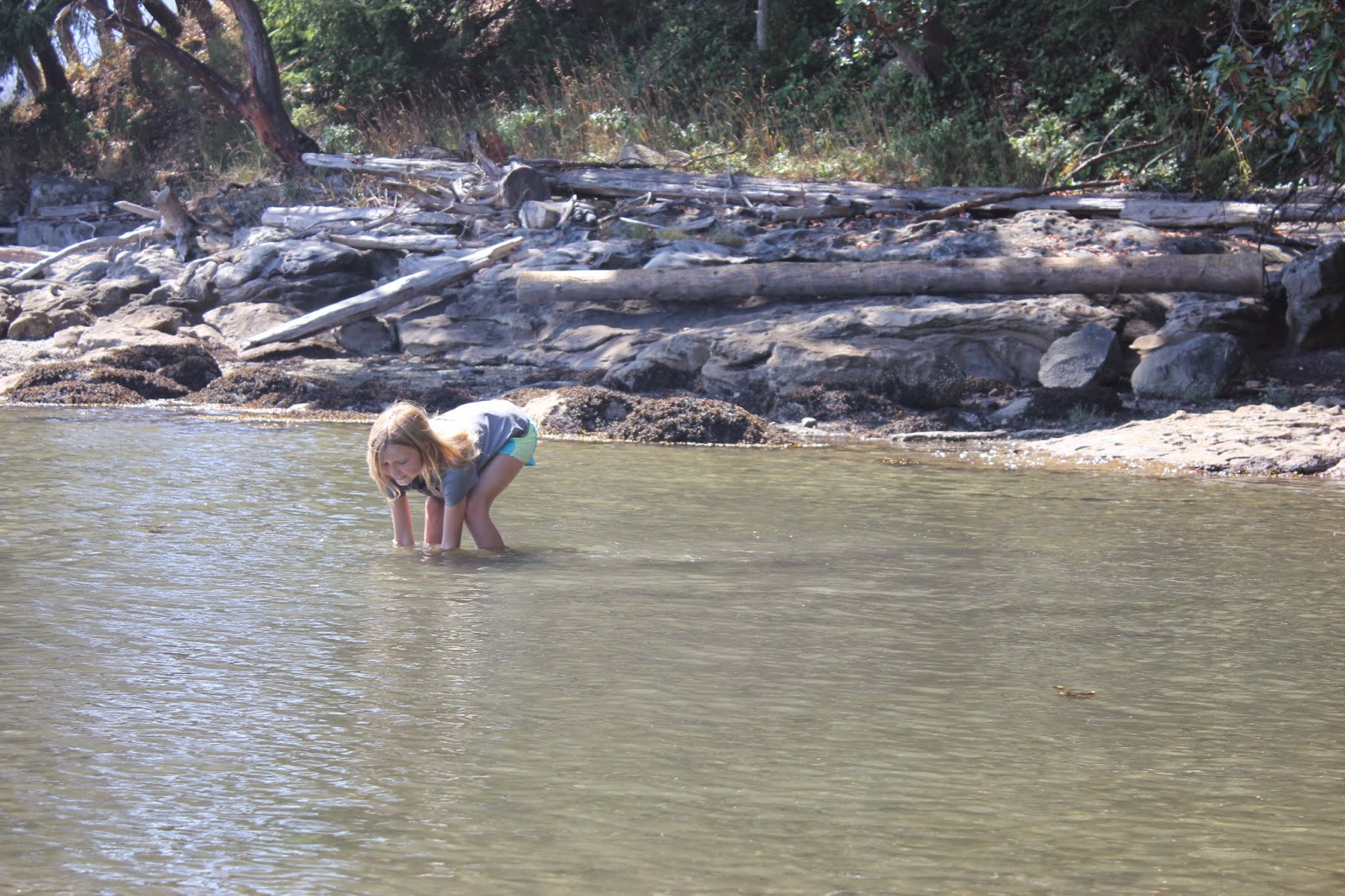 For a couple of hours, they had a massive array of pets. The best kind of pets. The ones you can walk away from... 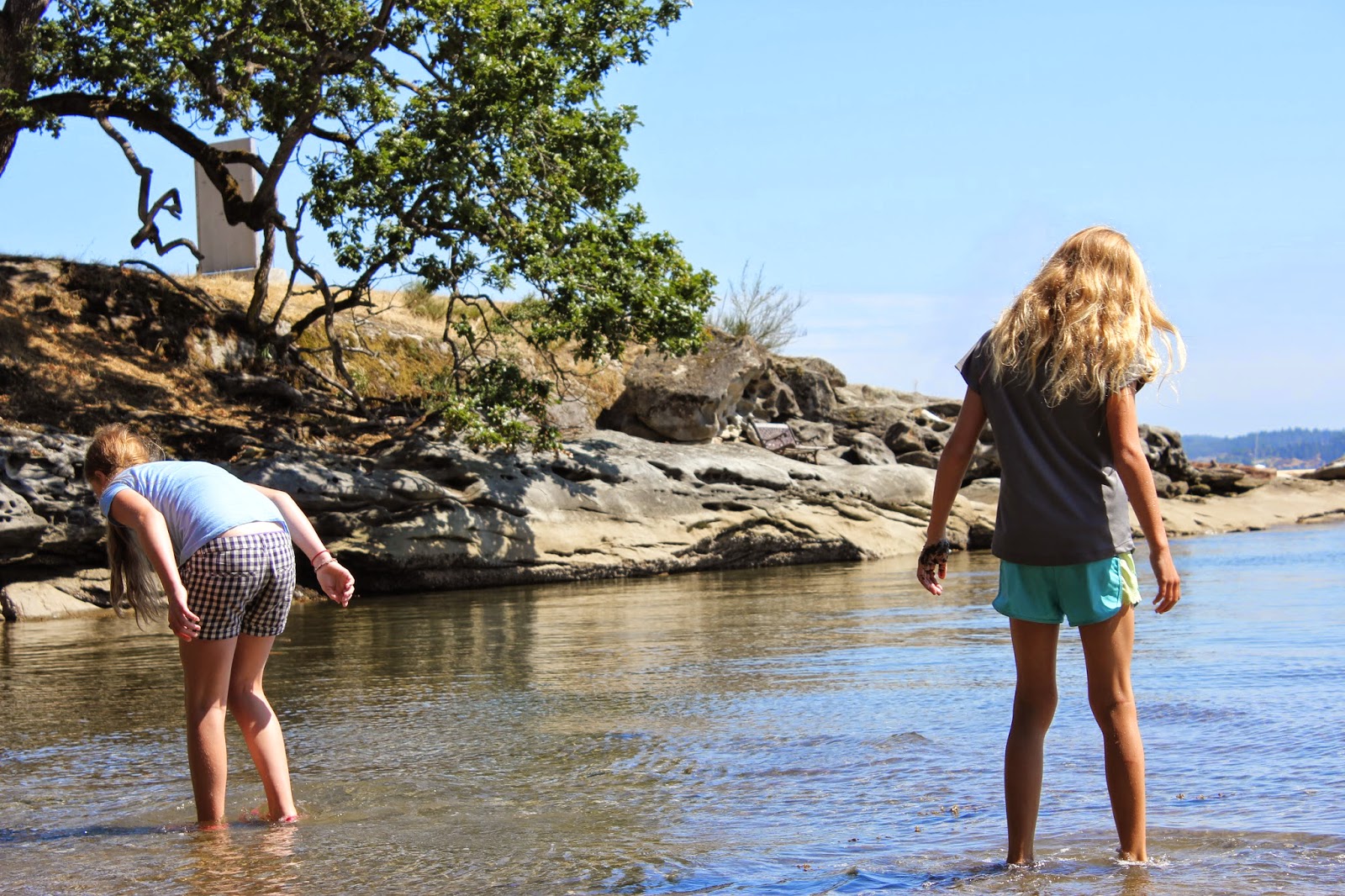 Here's Lukey and Molly doing an impression of the aggressive stance some of the crabs take when they are being picked up for a trip to the sanctuary (the fingers are claws...): 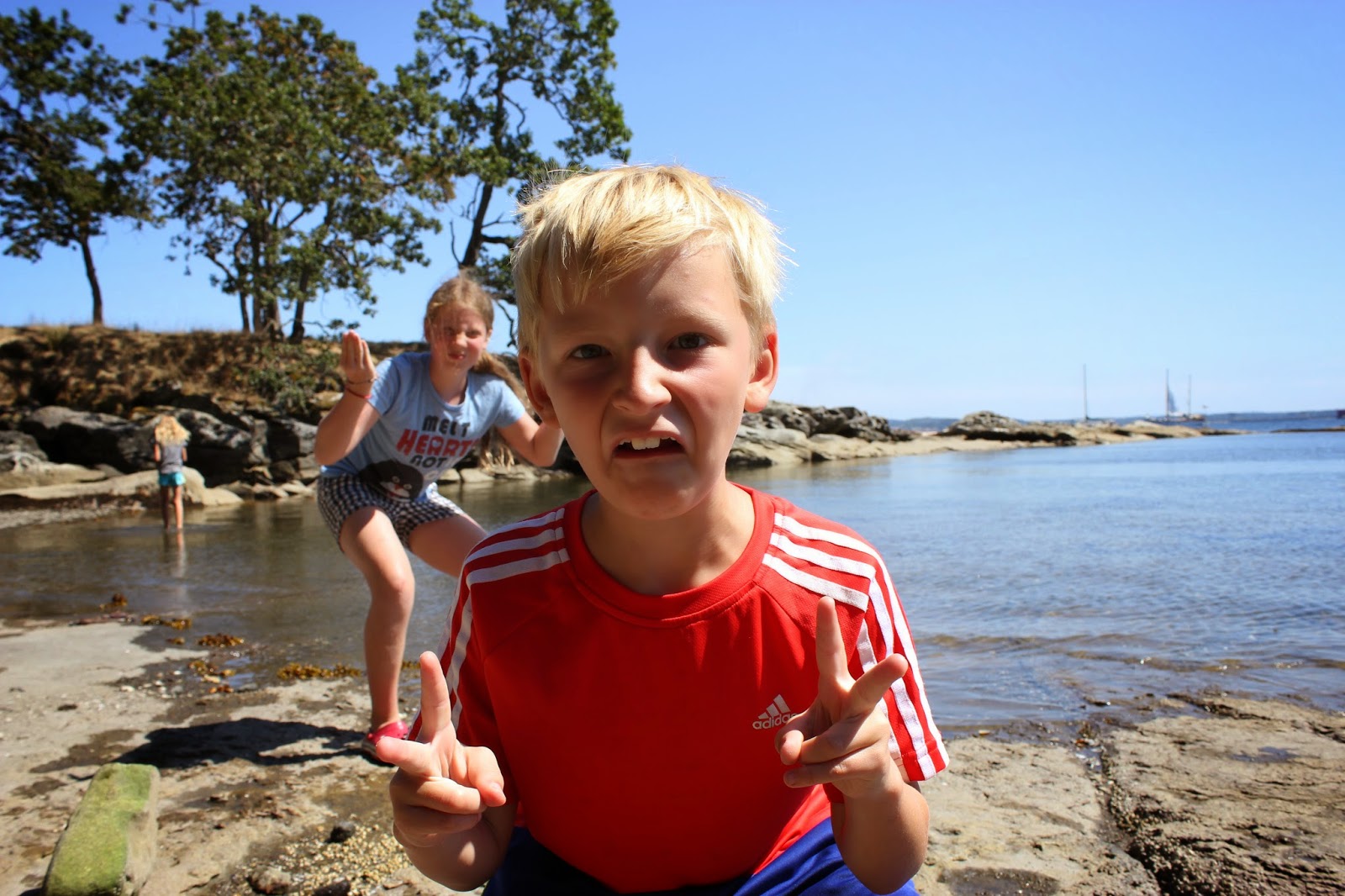 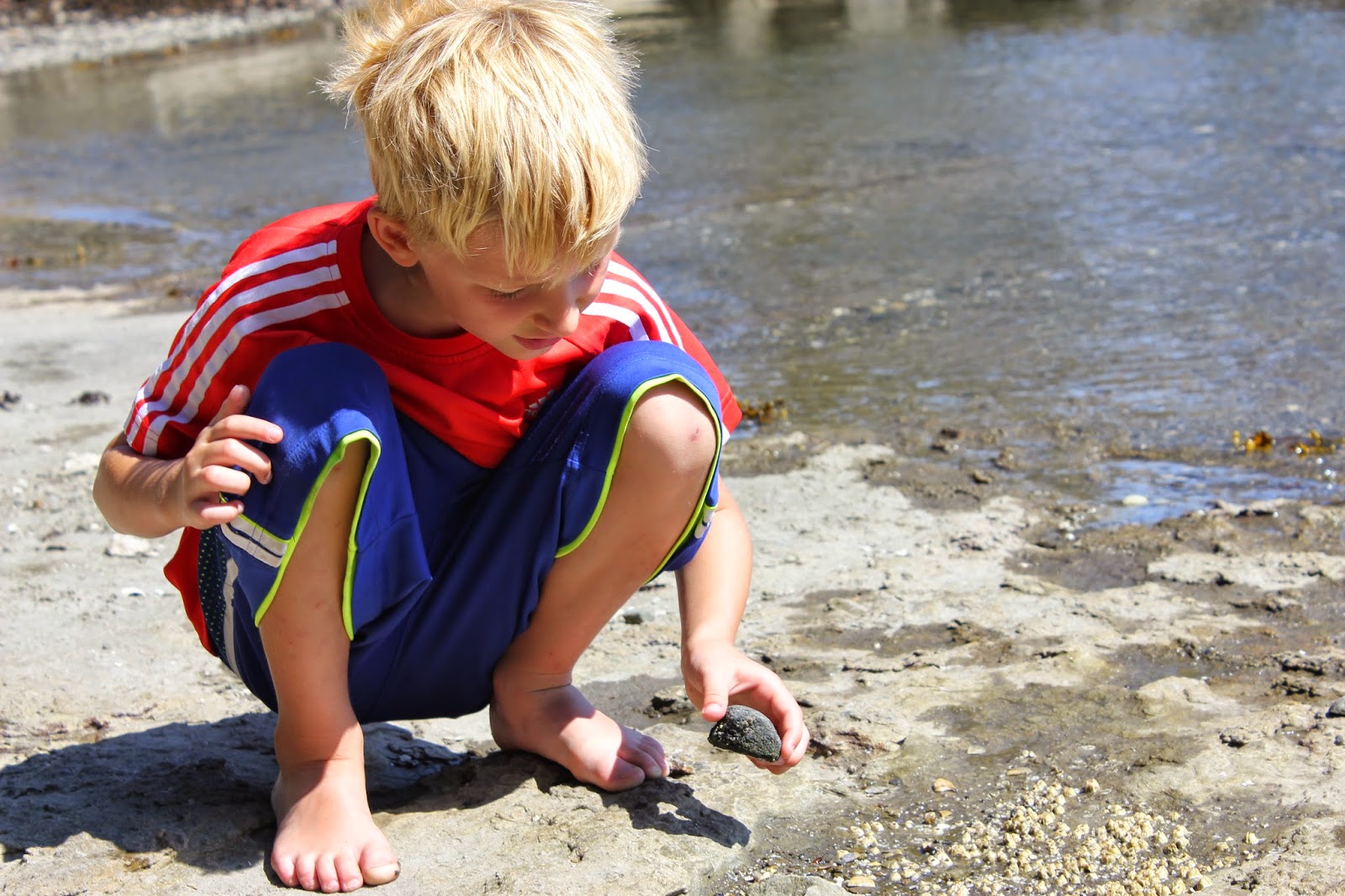 And Molly fixing a breach (the Coke can was for delivering water): 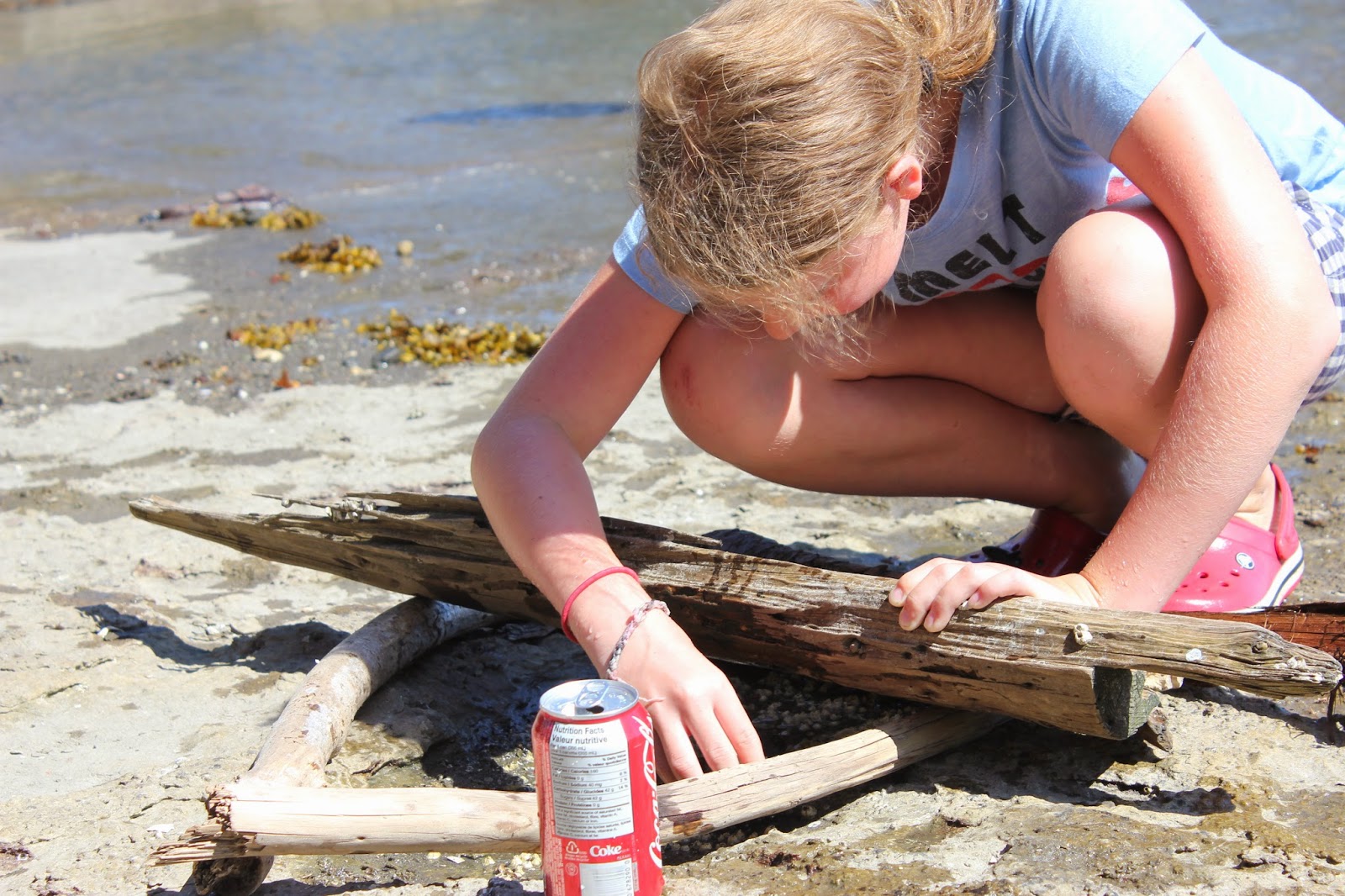 We left the crabs behind and paddled to the wharf for some soccer. 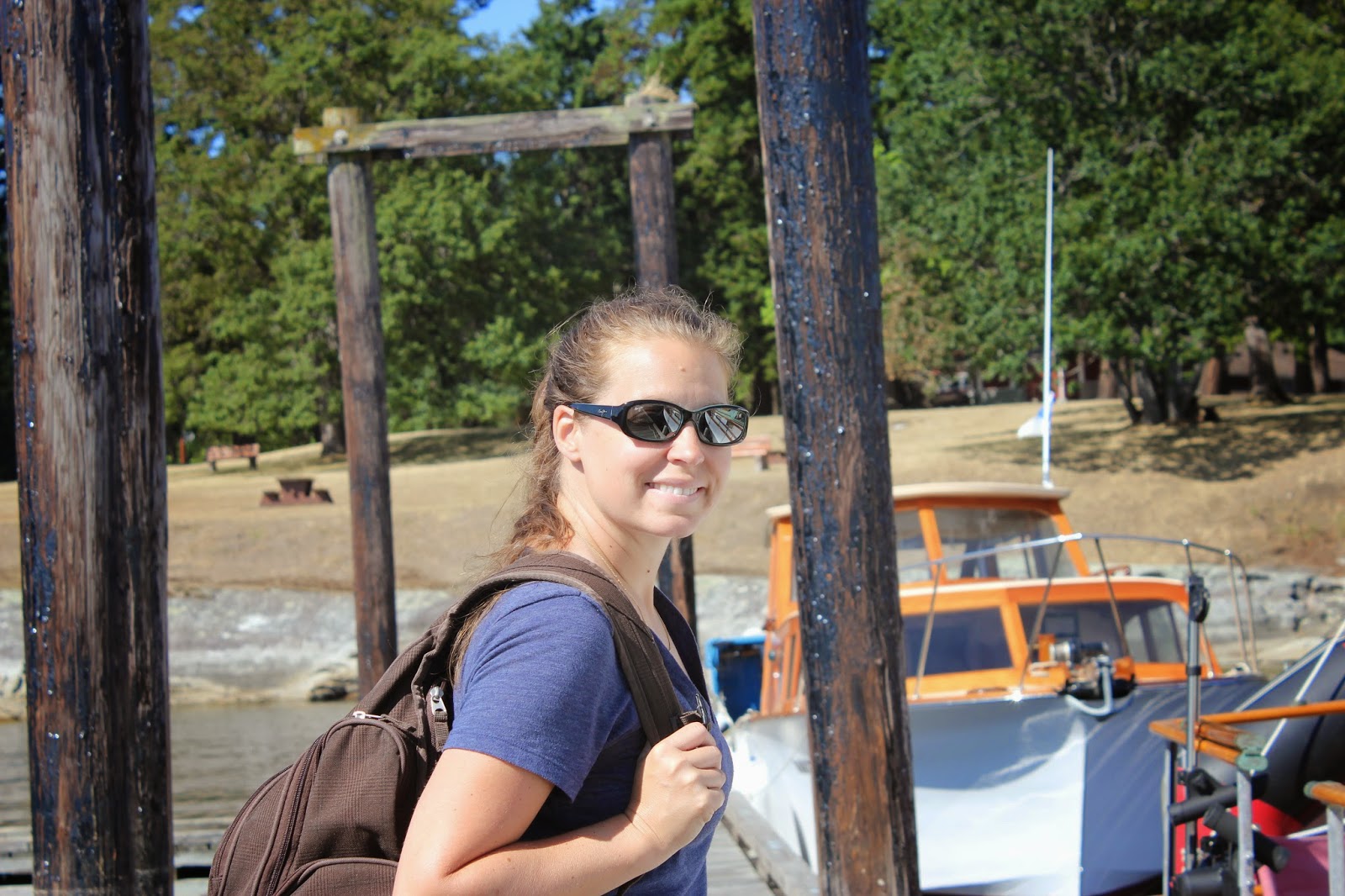 Same teams. We played up to five goals. Lukey, who was a rush goalie, scored all five for our team. Here's our MVP: 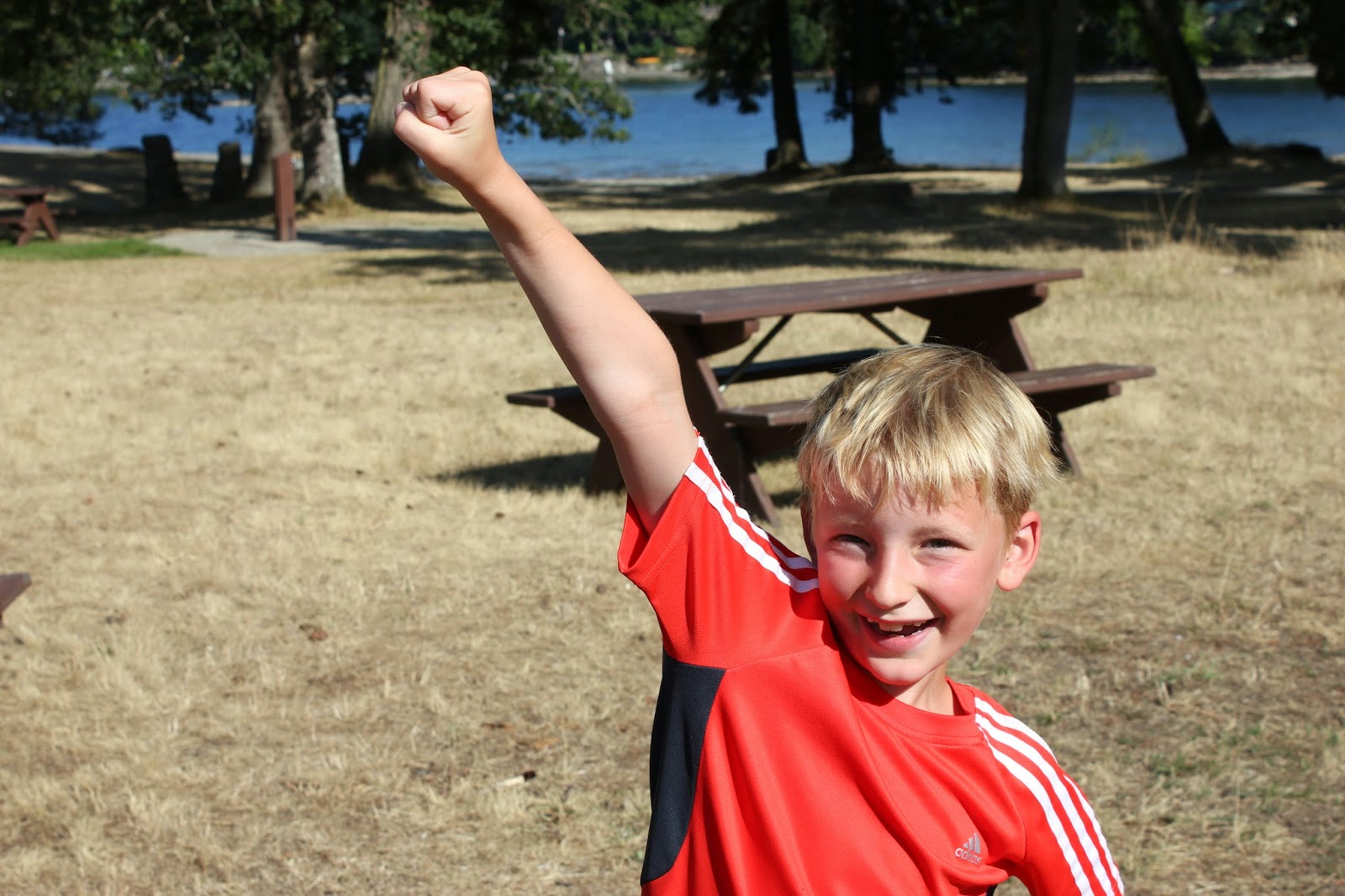 And, we learned that we might be alright at soccer, but we really suck at horseshoes. Lukey was the only one to ring a shoe. 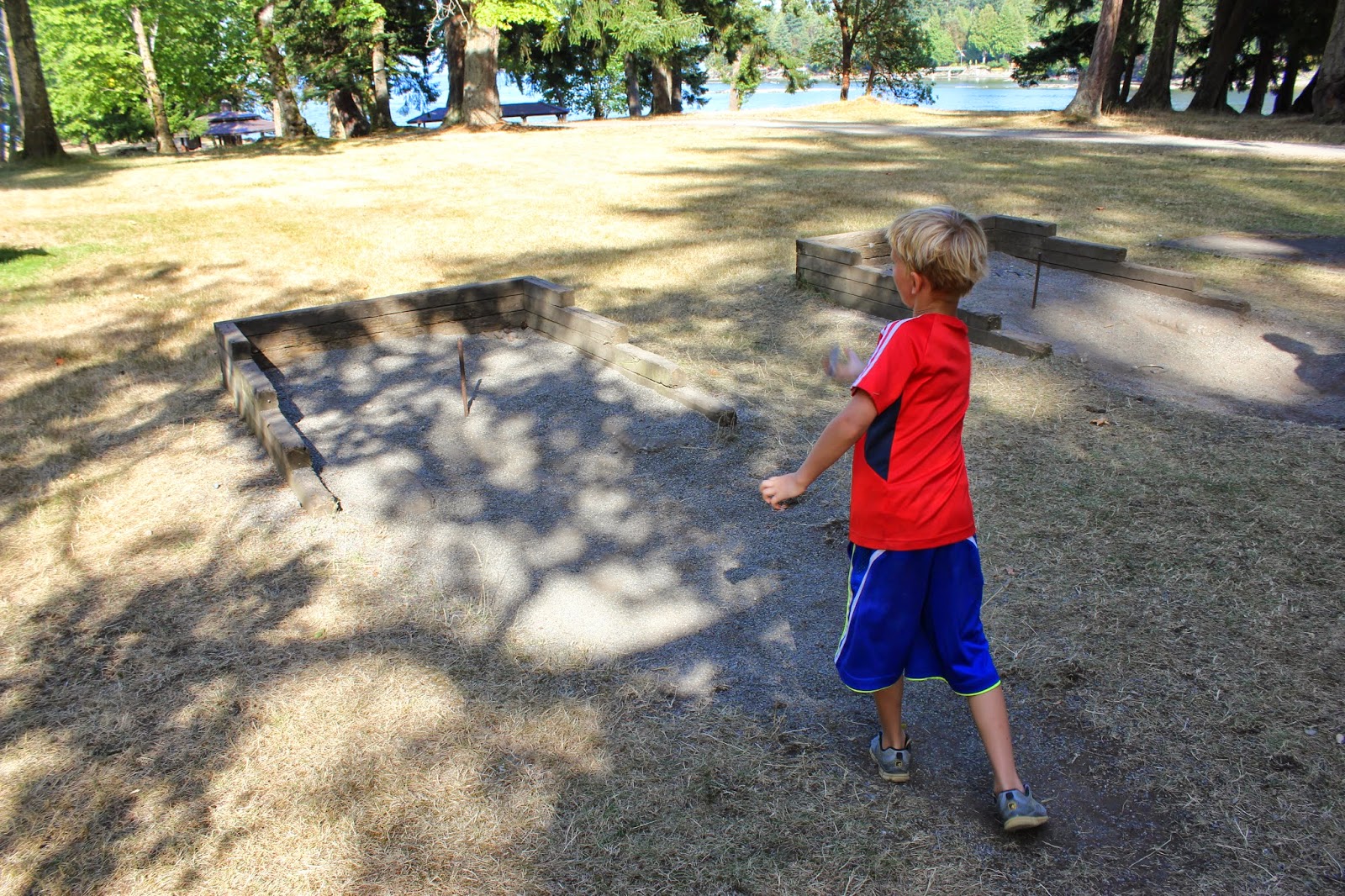 Another day in paradise, really. Who needs Hornby?
Posted by Ericandles at 11:09 AM