First Race of the Season

And so the cross country season begins...unlike some other years, the late start to the school year means that Finny didn't get much of a chance to train before her first race. Normally, she can cram in a couple of weeks of practice before she heads into competition. This year, school went back late and we stayed in Point Roberts, so she only had a couple of training sessions under her belt before the Pinetree Classic.

It is also the longest race in the series, which is normally a good thing for Finny, but that's made a little tougher by her lack of training... 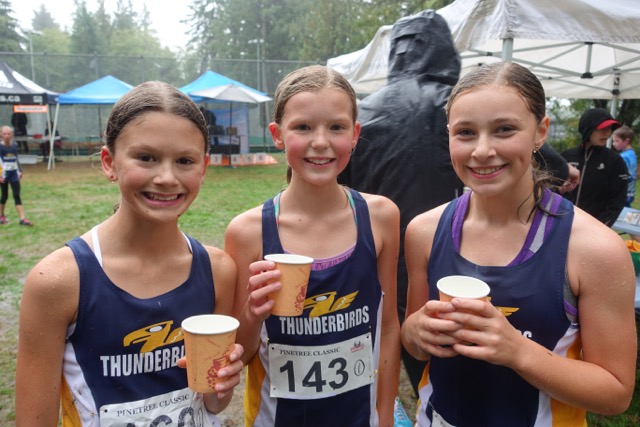 It was pouring rain, but that wasn't going to dampen her enthusiasm for running or for hanging out with these two great Sophie friends!

She was pretty happy with her race overall. 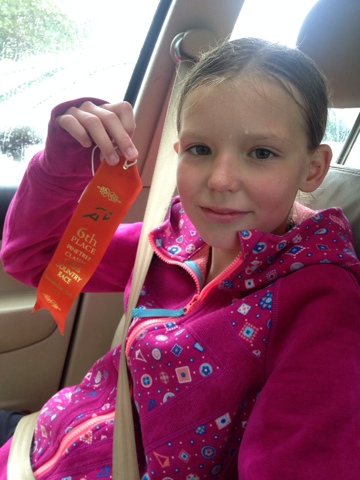 Here she is on the very damp podium getting her 6th place ribbon: 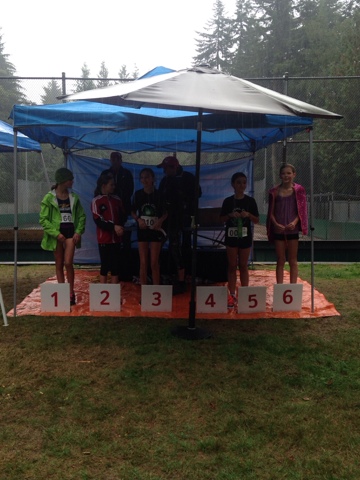 Posted by Ericandles at 2:37 PM