It's been 14 years since John and I graduated from UBC.....that almost seems unbelievable...but it's true.   When I played from 1992-97, Thunderbird basketball was a huge part of my life.  Since that time I have either been away in Europe for the whole season or busy with other priorities meaning I haven't been very involved with the team since leaving.
However, on Thursday night the UBC coach Kevin Hansen and I arranged to have Kamar Burke, Chad Posthumous and Doug Plumb come as our guest coaches to the Arbutus Club basketball program.   For me it was a chance to connect to some of the guys currently playing on the team and relive some old memories.  For the kids it was a chance to hear from the guys how they were able to excel at basketball and what some of their dreams and goals are going forward.
Afterwards we gave all the kids tickets for the last UBC home game of the season.  Les and I took our family to the game on Saturday night and saw a pretty good game.  I am not a great fan however, because it's pretty hard to not want to be out there on the court. 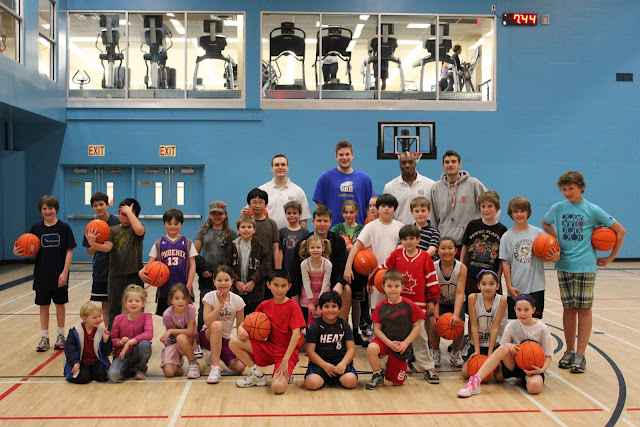 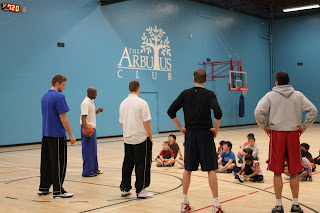 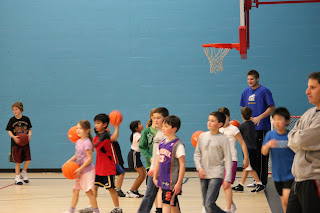 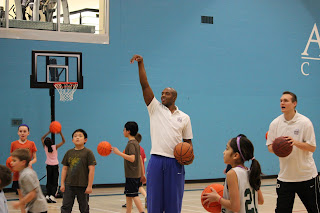