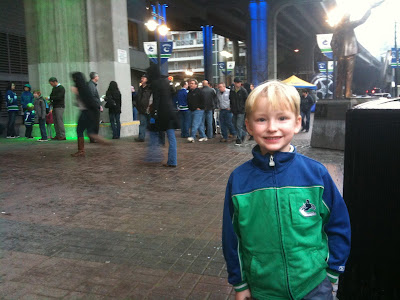 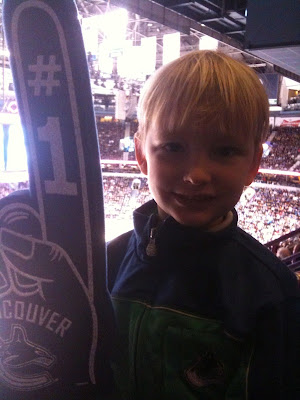 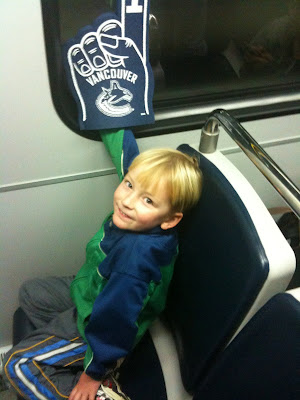 Thanks to his generous uncle, Lucas came with me to his first Canucks game last night against the Anaheim Ducks. And thanks to 7 wins in a row, the Canucks are battling for the #1 spot overall in the regular season, meaning there is still something to play in the last few games of the year.

It was a great game to see as the Canucks won and put the puck in the net 7 times including the shootout. My favorite part was seeing the intelligence, skill and calm that Henrik Sedin showed which allowed him to dominate the game in a quiet but very impressive way. Lucas' favourite part was the foam finger!