Big changes this year. Molly had her graduation ceremony from Elementary school today. Next week Lukey is heading off to the Blodget ranch by himself while Finny will be at camp. The kids have reached a new stage of independence that would have felt almost unimaginable a few short years ago.

Back then, I would have pictured more down/free time at this stage...but if anything there is less. There are fewer moments sitting in the park watching a toddler stumble and fall learning to walk, fewer moments waiting, watching, observing....and many more moments doing, driving, playing.

It's hard to know exactly how the kids will look back at their childhoods, but I am pretty sure boredom won't be one of their lasting memories. Our family is on the go. Most of the time it feels great. Occasionally it's too much. Time flies by so fast. All we can do is try to catch our breathe every once in a while and enjoy the view.

Here's a view of our basketball season...or at least the final weekend of our term. We wrapped up all of our classes and leagues on the same weekend. We even hosted a party for over 250 guests and provided pizza, 3 x 3 games and shooting contests. It was fantastic. The weather was beautiful, the mood was great and it felt like the coming together of a community just like we had hoped.

Families brought appetizers and dessert. Their contributions made for a fantastic spread of treats. 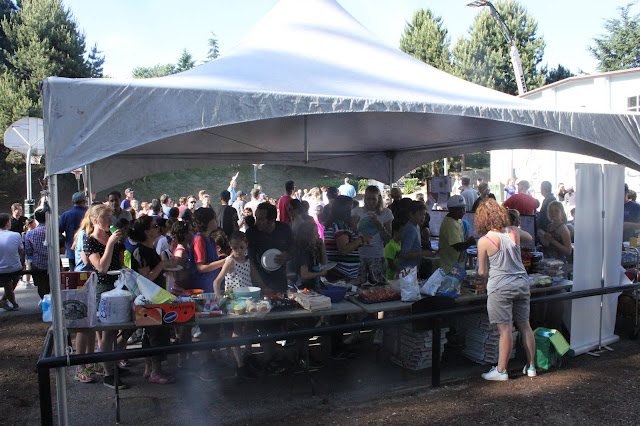 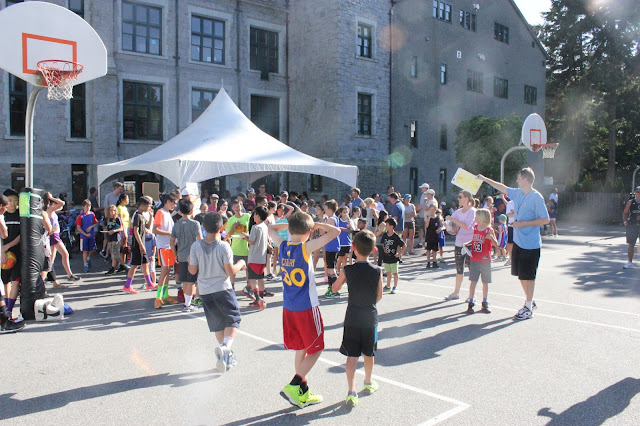 Members of the winning team in the King of the Court shoot-out all got movie tickets to Dunbar theatre. 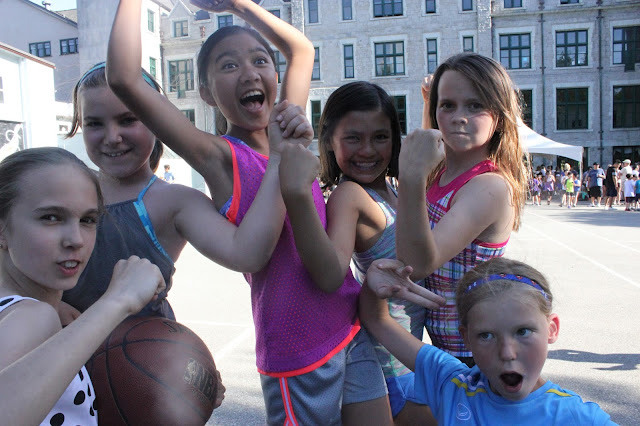 We bought 45 pizza's and had about 10 left over. Apparently there were a few too many tasty treats brought by families. 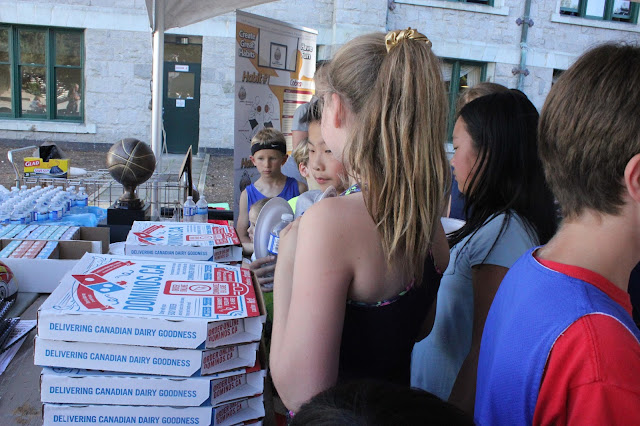 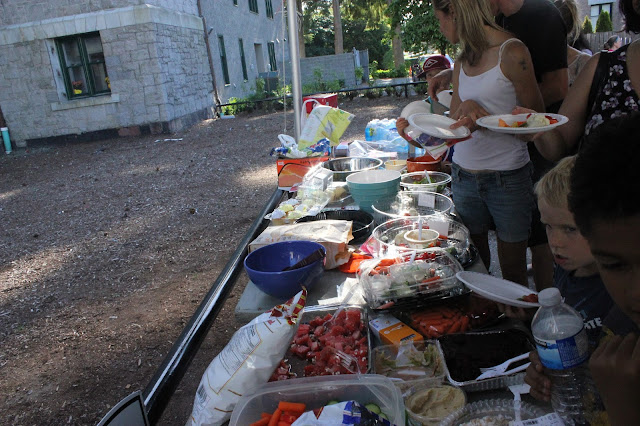 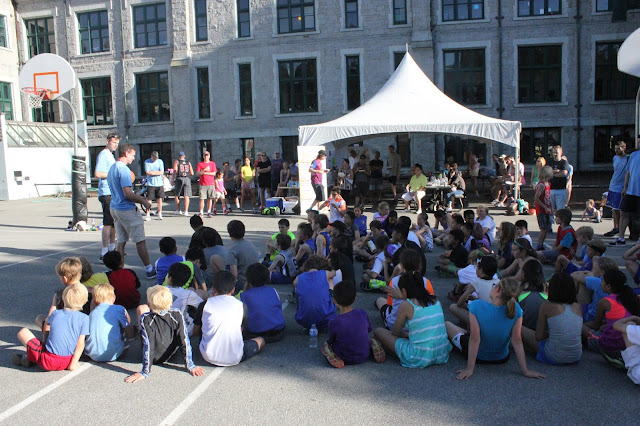 Our 3 x 3 demonstration featured 4 players who have represented their country's national team and about 55 years of professional basketball experience. We didn't look THAT good in the demonstration though as nobody wanted to shoot. 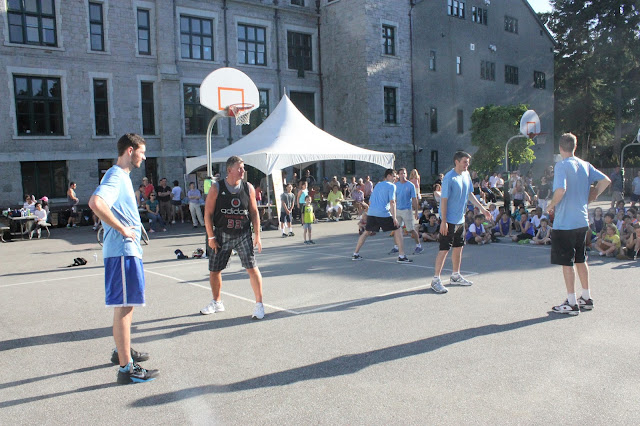 It was a challenge finishing everything up at the same. We had 11 awards in 7 different skills classes. We started leagues for the first time this spring and had 6 championship teams to present with our new trophy. 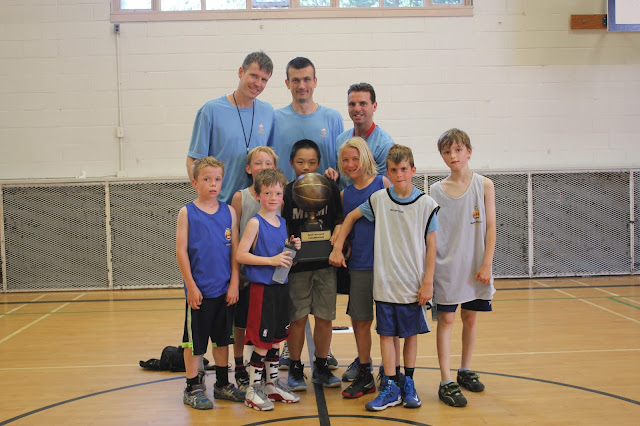 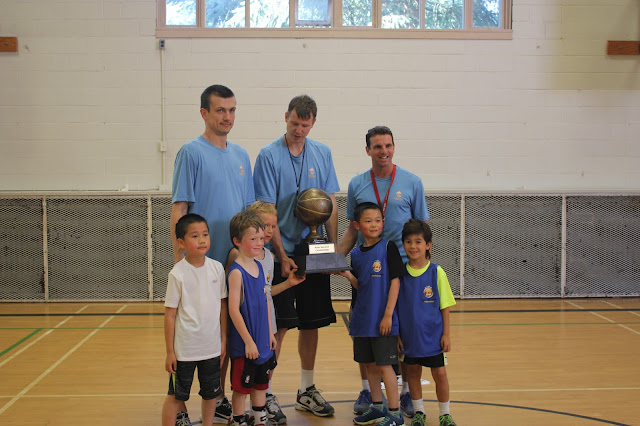 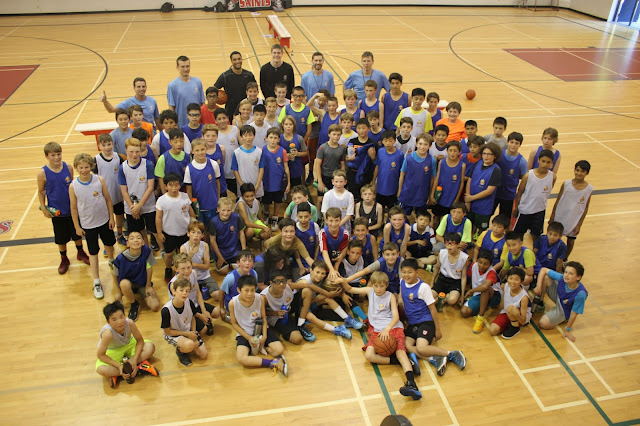 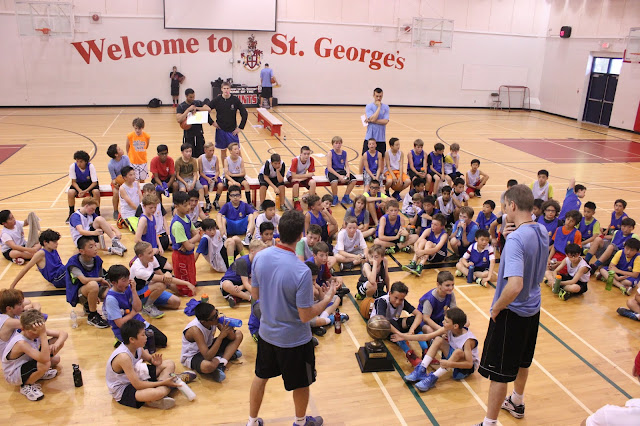 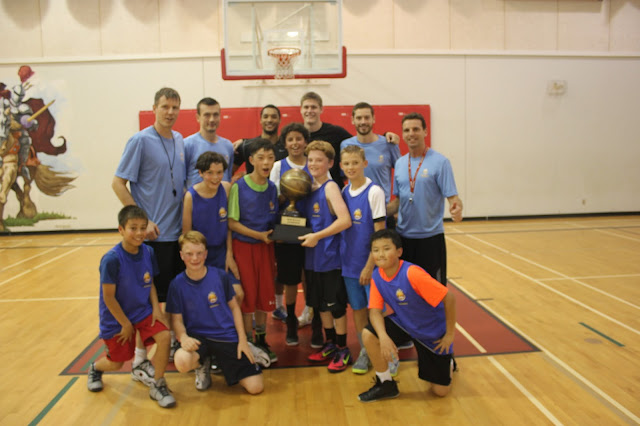 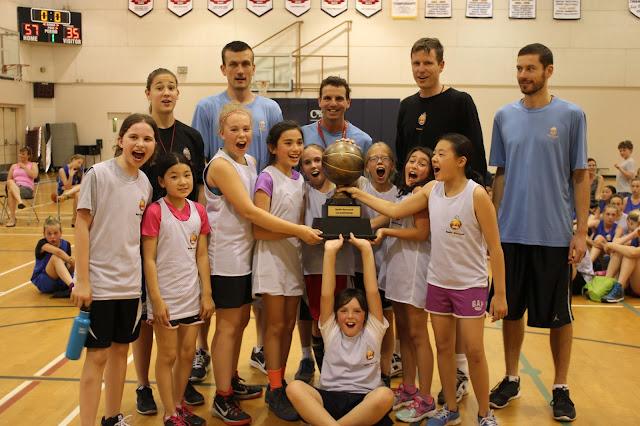 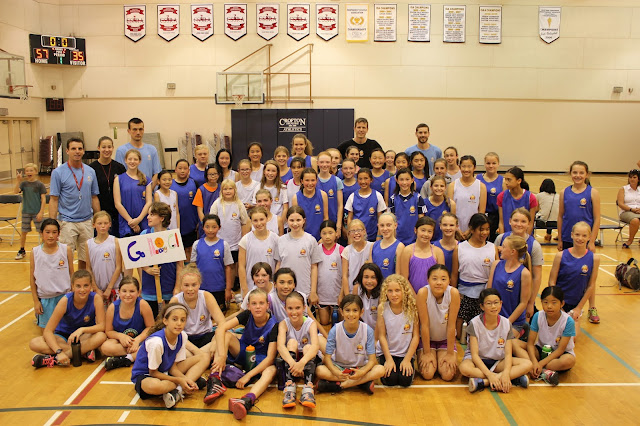 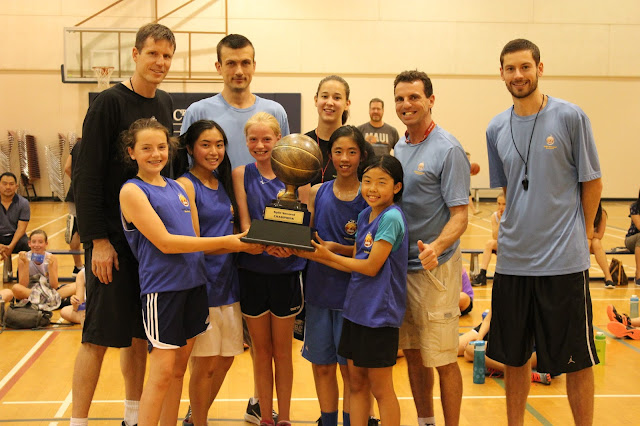 Playoffs were great. They brought out extra intensity in everybody...particularly in the grade 6/7 boys final, a 44 to 43 point upset of the top team decided on a last second shot.

Molly and Finny ended up playing each other in the consolation finals.  The pictures speak for themselves as to a little extra intensity. Playoff + sibling rivalry = this ->> 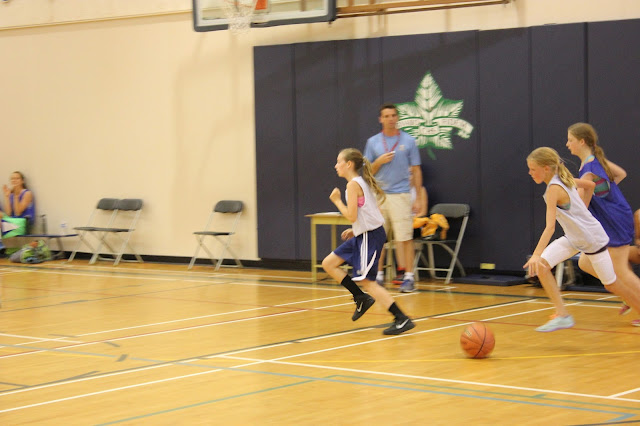 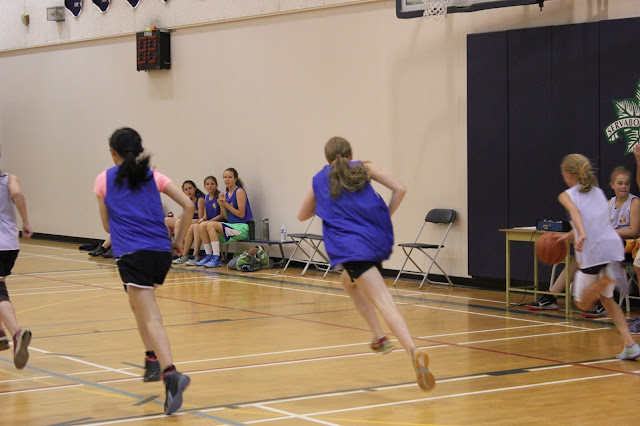 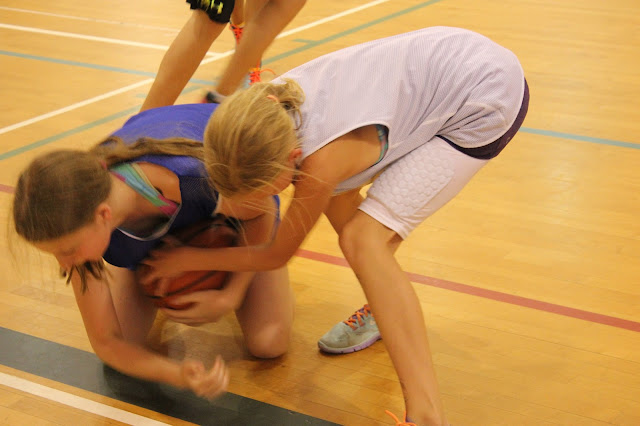 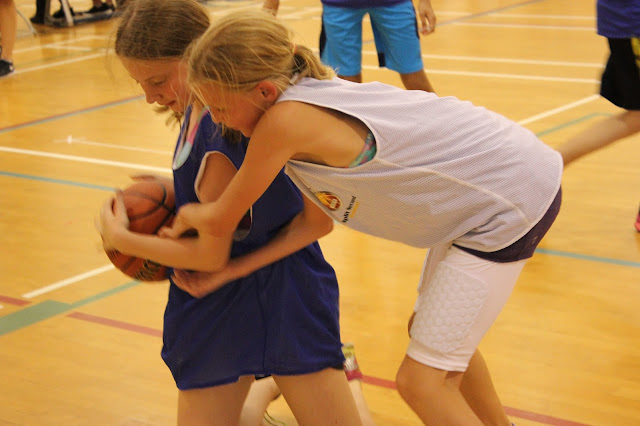 After all the craziness, it was great to get away with Joey for a quick trip to Vegas. 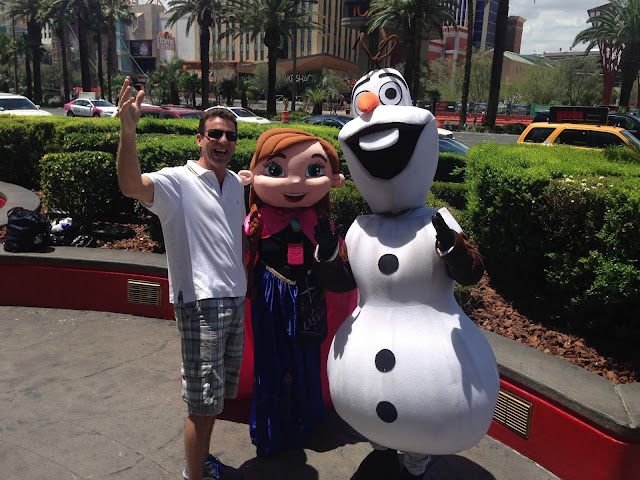 We met up with Lukey Hrdlicka and Erwin Mach to discuss our camp in Austria next year.  Lukey and Erwin were young players on Mattersburg 49ers when Joey and I won a championship back in 2002. Now they are running the club, and we're trying to arrange a Split Second camp in Mattersburg next June. 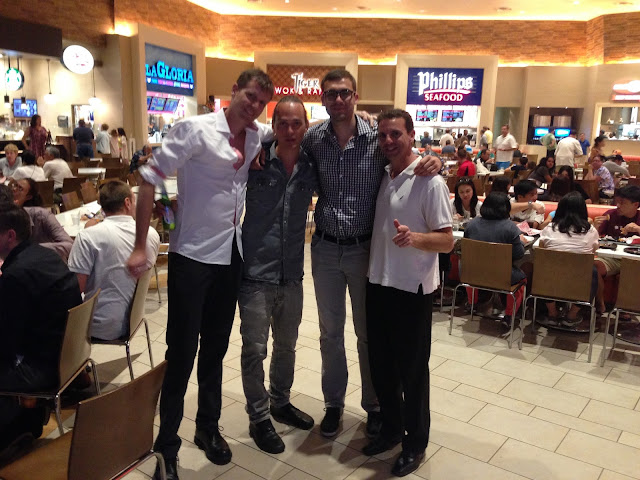 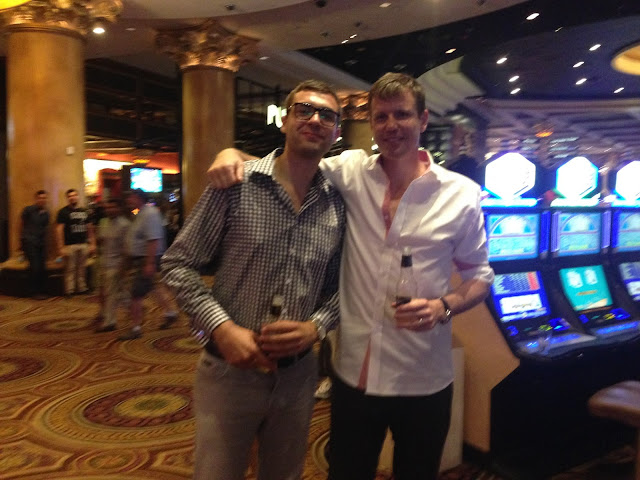 Posted by Ericandles at 6:44 PM