For whatever reason, the Fourth of July still holds a huge allure for our family. It isn't so much that what happens at Point Roberts is extraordinary. It isn't. It's not that we are huge Amer-ophiles. We aren't.

I think it is routine. It is the beauty of something that has built up a feeling of tradition. It marks the start of real summer. The whole summer season spreads out in front of us. Nothing but potential.

We look forward to good company from the McTaggarts and Pooles. Some shared food. A shared day.

We start out at the Pancake breakfast at the community centre. It is put on by a community group and they serve pancakes on styrofoam plates and "maple syrup" with coffee and juice. They raise both flags outside with a colour guard and a little band. 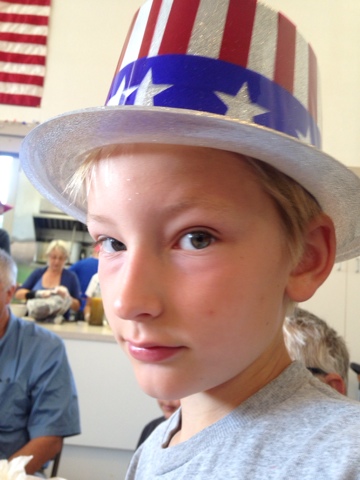 Next stop is the parade. This year's was particularly good. It was a Saturday (the mid-week parades are pretty weak) and the weather was gorgeous. There was a lot of candy thrown from the floats (the true measure of a quality parade) and even a pipe band! 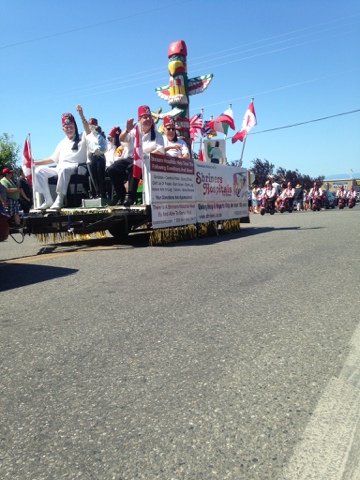 Then, some down time on the beach. The tide was way out and the kids spent HOURS out in the flats building a very complex castle. Lukey managed to get a horrendous burn on his back, but he also got to spend a bunch of time with great friends, both human and furry.

Lukey LOVES dogs. And our friends' dog Buddy is true canine kindred spirit to our Lou. Also, it was noted that they have identically coloured hair... 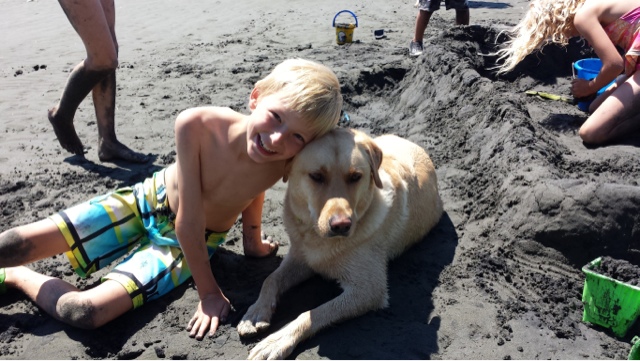 And Finny. Finny's new-ish tradition is making a Fourth of July baking treat. This year it was blue cupcakes with white icing, red sprinkles and a blueberry. 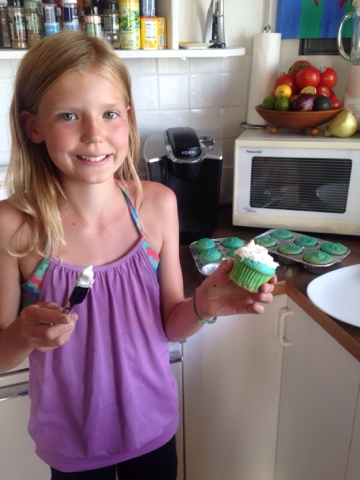 Red, white and blue made delicious. 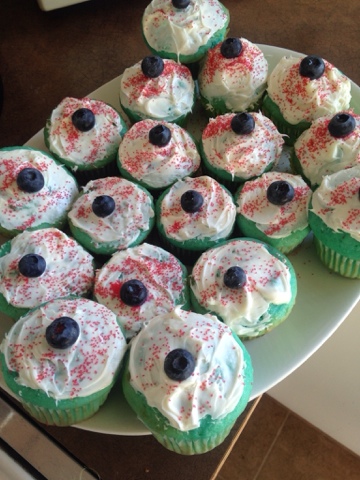 Lastly, a grand potluck of good food shared on my parents' flat spot. Normally, a campfire. This year has been SOOO dry that fires have been banned for months, so no marshmallows or s'mores. But we did have a lovely evening. I sent the picture below to my brother, giving him a head's up that we have been replaced in our father's affections by this white, fuzzy interloper.

When, I asked him, is the last time you snuggled on dad's lap? Exactly. 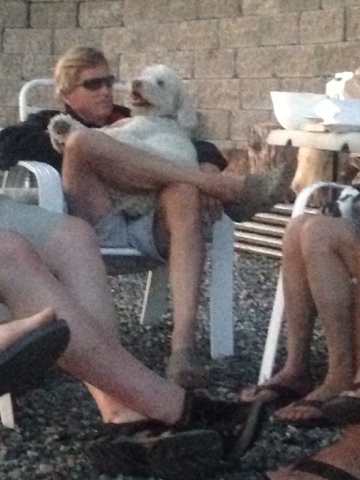