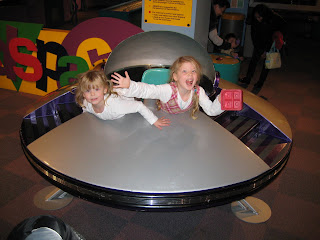 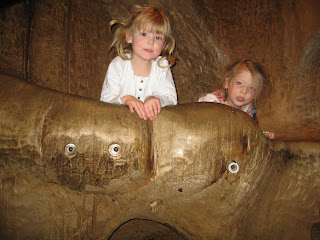 I know it's a pretty weak blog to put up optical illusions......and it was not really meant as a commentary on whether I have being seeing visions of Jesus lately....but we have been having a nice relaxing week with not too much going on. I have gotten back to playing hockey and basketball after taking a month off when I chipped a bone in my wrist. Our hockey game was pretty ugly. We played against the best team in the league with only 6 players and half a goalie. Maybe that's a bit harsh but he did let in the first 2 shots of the night, which is a bad omen when you know your team is only going to get more tired and give up more opportunities as the game goes on. After not skating for 5 weeks I could barely move my legs by the end of the game. The goalie was probably thinking he didn't have a chance playing for a team with only 5 1/2 players!

Les is doing some more writing work but it is always a challenge to find the time get it done. Surprisingly, it's not that easy to write with a very active 11 month old boy and his two sweet, but sometimes demanding sisters around. As self sufficient
as they can be, it is hard to go very long without a demand for more juice or help with a game that's too high on the shelf. With a light work schedule, I tried to get Les some time to write. I took Molly to school a couple of times, and though we were never late, we often seemed to walking at a brisk pace to make it. I would hate to be responsible for Molly's first detention.

We went to the pool a couple of times as well. The kids love it and I am able to get some exercise doing pool running while they float around in the warm wading pool. Because I am not right beside them supervising, I usually make them wear life jackets. On Tuesday I went for a half hour run and watched as they played in a pool full of children about their age. They seemed oblivious to the rest of the action in the pool as they took turns floating each other around on their backs for the whole time. Curious as to how they remained so calm and focussed floating on their backs amid all the splashing and playing, I asked them what they were playing. Apparently they were taking turns being otters.

Yesterday we left Les at home while we took a trip to Science world and Home Depot. Here are some pictures of the more successful part of the trip. At Home Depot I had the usual hassle of trying to find things in a massive store that is poorly labeled and where the majority of staff seem to know little and care less. When we did eventually find what we were looking for it dawned on me that I didn't have my credit card. Despite the fact that they sell over the internet as well as making phone sales (neither of which require the actual credit card to be scanned)....my wife was on the phone with my credit card and driver's license numbers ...... and I had my passport in my hand at the customer service desk....there was no way Home Depot was going to let a shady character like me, with his three kids stuffed so carelessly into a shopping cart, get away with a $60 purchase. I eventually gave up and went home. 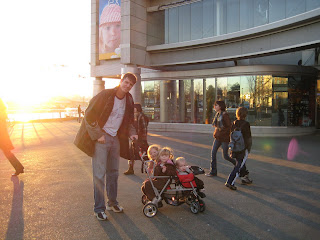 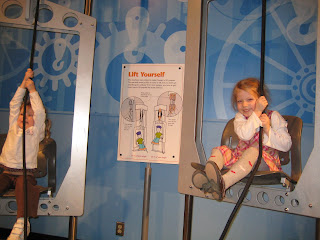 Posted by Ericandles at 7:04 AM