Camping close to Vancouver on a weekend in June, July or August usually requires a reservation these days....and that, plus the fact that we had friends from the Co-op going too are probably the only reasons we actually headed out to the woods on a weekend that called for a lot of rain. Even at the best of times it's difficult to get everything needed for camping with three kids. However, with thunderclouds overhead, getting your butt into gear is exponentially harder. Because I worked Friday night, Les had to face this task by herself before I joined them on Saturday afternoon. Luckily the weather turned out nice enough to go for two hikes and for the kids to have a swim. Actually, I was shocked by this. I know kids don't always feel the effects of cold the same way....but these are also the same kids who have complained about getting into a heated indoor pool in the summer.

We were able to enjoy campfires, s'mores and only one night of two involved heavy rainfall. It could have been worse.

These pictures are deceptively sunny: 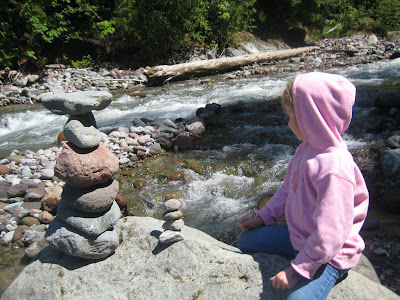 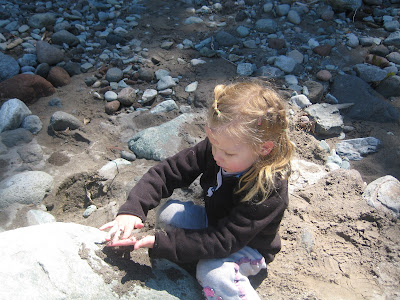 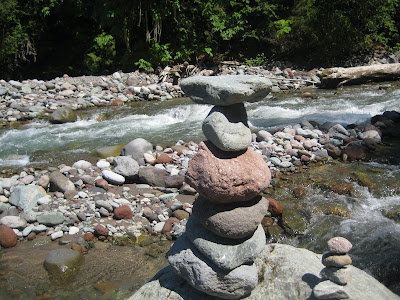 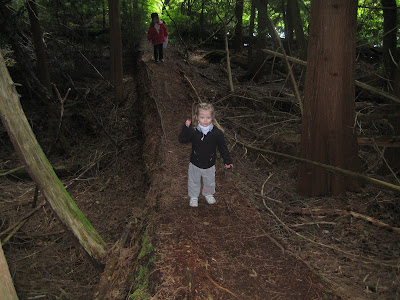 Posted by Ericandles at 6:42 PM

So sorry Erica - I haven't got your emails! Umm...try again (katyejones at hotmail dot com). Everyone is partnered up, but I am sure there's someone who will take you on if you still want to take part. Oh, and comment on my blog to let me know you've emailed, then I can come back and say whether I got it or not. That ok?