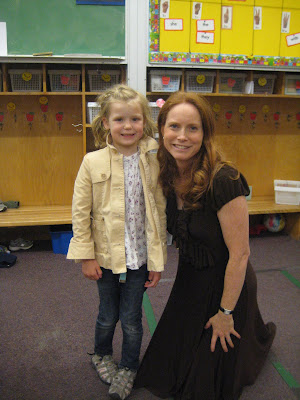 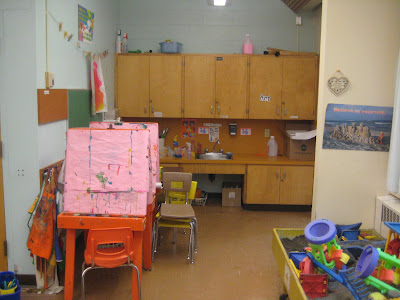 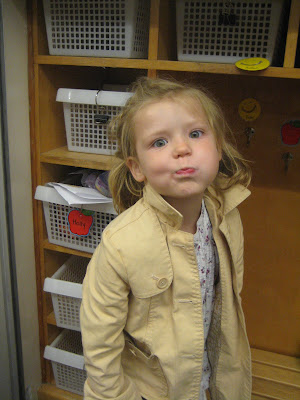 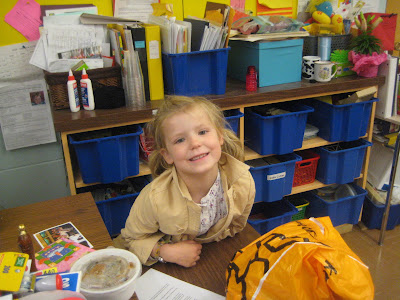 I was kind of glad that it was a low key event. I have heard about Kindergarten graduation ceremonies where the kids get dressed up in gowns and hats and have a full on ceremony. I'm all for marking the major milestones in our lives, but this strikes me as a bit much.
Having said that, it is with a little touch of sadness that I note Finny's growth and moving on to grade one. She has been a great Kindergartener and I will always remember the spunk and determination that she has showed at this age. Finny didn't exactly love school this year but she didn't fight it either. By far her biggest complaint was that there was too often a substitute teacher or else about the trap.....her name for the small playground to which the Kindergarteners were confined during recess.
Every day Finny bounds out of the class, and gives us an aggressive tackle hug. If she didn't weigh so little, she could easily bowl over an unexpecting person.....luckily all who know Finny are usually well braced for impact when greeting the little ball of energy.
Finny has been asked to join the competitive gymnastics program next year after a successful year that just completed. Although I don't imagine her having the genetics to be a really serious gymnast, she is liking it enough now for us to encourage her. 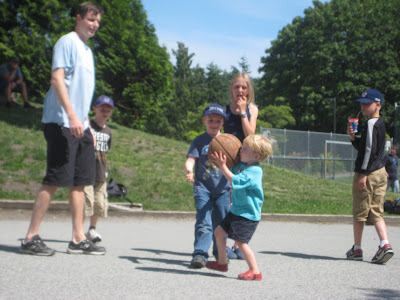 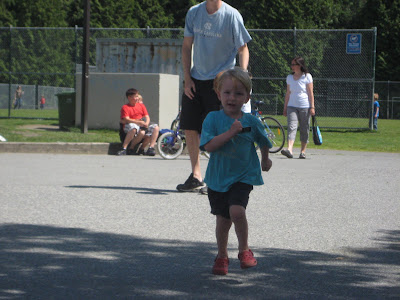 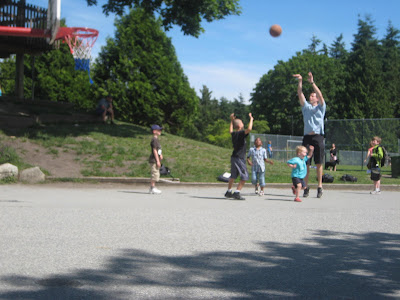 Lucas loved the fact that I am now mobile enough to hobble around the school basketball court....and I do mean hobble....so he decided he wanted to play as well. He didn't really know what to do, but was pretty intense doing it. What he didn't love so much was the mugging he received when he managed to coral the ball on the odd occasion.
Posted by Ericandles at 7:51 PM