I'd like to extend a big congratulations to Les for the publishing of her novel Vancouver Kids as well as an invitation to anyone who wants to join her in recognizing this achievement on Saturday April 16th at 3pm at Kids Books in Vancouver. 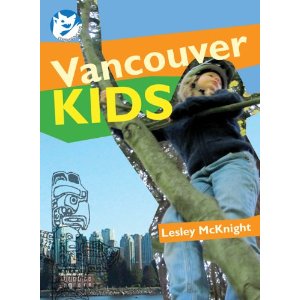 As much of an accomplishment as it is to write this book (it's really good, you should read it even if you don't have kids),  I am even more proud of Les for the way she did it.   She was only given a couple of months to research and write 25 stories, while still doing all of her regular work and family duties.  Somehow she managed to not only get everything done, but also managed to stay her regular happy, easy going self throughout the process.  She dealt with all the setbacks and speed bumps along the way with a positive attitude and never got too wrapped up in what wasn't working.   She really created something special and we are really proud of her.

I reached a much smaller milestone of my own yesterday, one that I didn't expect to reach this quickly.   For the first time since my surgery, in fact for the first time in 5 years, I dunked the basketball yesterday.  I was in too much pain before the operation, and too weak, stiff and sore afterwards to want to even try dunking the ball.  However, I am feeling better all the time and my body is starting to feel like I can push it a little.  And while dunk is more of a "barely get it over the rim" variety than it is a Blake Griffin throw down, it still feels like an accomplishment to be back where I am physically less than 1 year post surgery.

Today also marked my return to more competitive hockey when I played in The Spud Cup, our department's annual hockey tournament.  My team played 5 shortened games and there was a ton of skating.   Despite winning our first 4 games and being up 2-0 in the final, we managed to find a way to lose 3-2 in the last few minutes of play.  However, I couldn't help but feel like a winner after having a great time, getting tons of exercise and then sitting down for burgers and beers with 30 friends after.
Posted by Ericandles at 11:25 PM