E- I wouldn't mind my own helipad

On day 7 of our trip we tore ourselves away from the comforts of Bellevue and toured around Mercer island.  I've never been one to particularly covet material goods and always thought it was a poor trade to spend all one's time chasing get money.   However, seeing the lifestyle that money can buy on lake Washington, Mercer Island in particular, is about as close as I could get to really desiring the big bucks.   Most of the homes on the water are amazing and the rest are spectacular.  Many of these homes are less than a 10 minute drive from downtown.   They have shallow bank beaches bordering on a relatively warm fresh water lake.  Many people have big docks to keep their jetskis, ski boats, and even yachts like the one behind us in the picture.  The more extravagant homes also have float planes, or in Paul Allen's case, a helicopter and it's own floating landing pad.  These boats can go through the locks out into Puget Sound in less than 1 hour, giving them the whole of the Pacific to explore.  I'd probably be willing to work a few more hours a week to make that lifestyle happen. 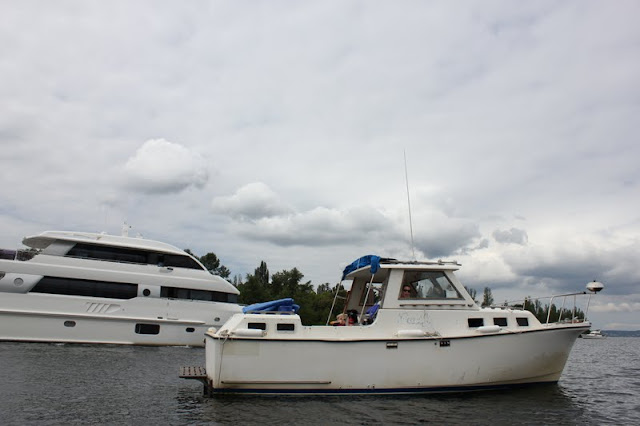 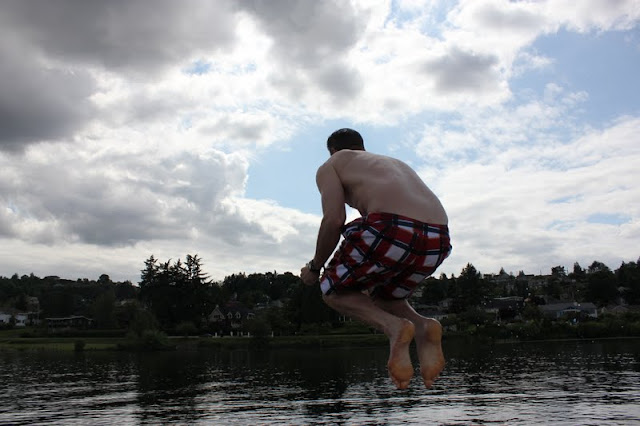 Having said that, I am appreciative of the time I get to spend with my family and be able to go down to Seattle for a week of fun.  As you can see in the pictures, the weather was a mixed bag, but that didn't stop us from enjoying the lake and having a great time.  For our last night we anchored off of Seward Park on the west side of lake Washington.  We took the dingy to shore to play in the park and watch the "Furry 5 K"  where thousands of locals came out to walk or run with their dogs.  The kids loved seeing all the different dogs parading by. 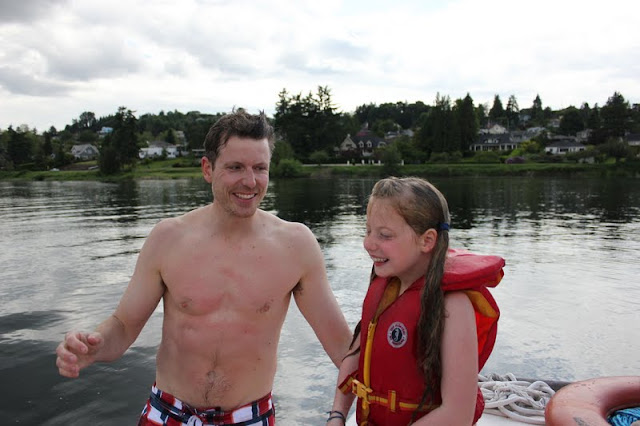 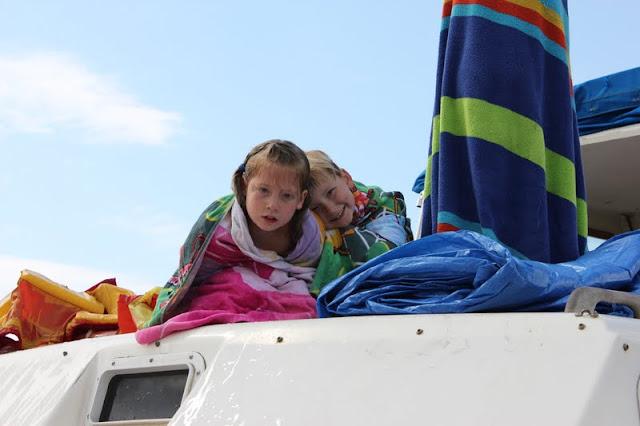 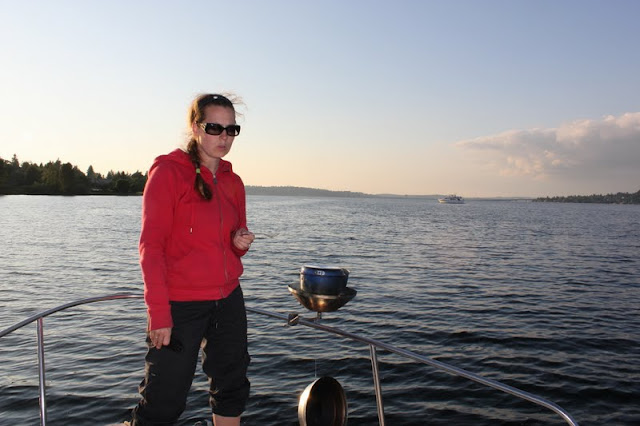 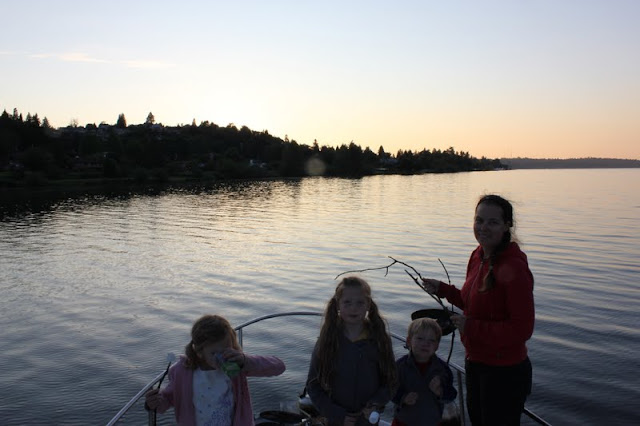 On our last day, we explored some marshy areas near the University of Washington where we saw lots of wildlife in a beautiful setting......that just happens to be under a major freeway.  Something about that feels so American. 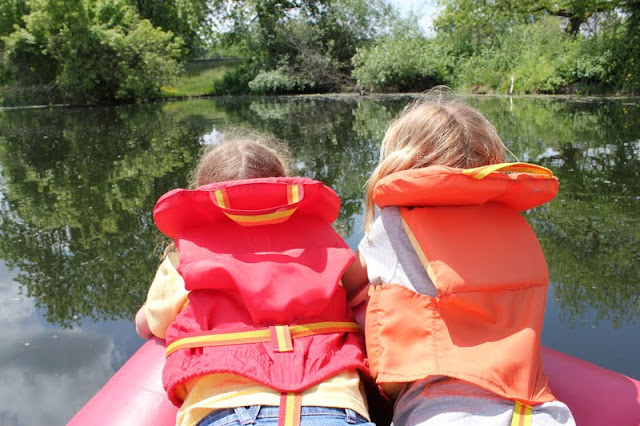 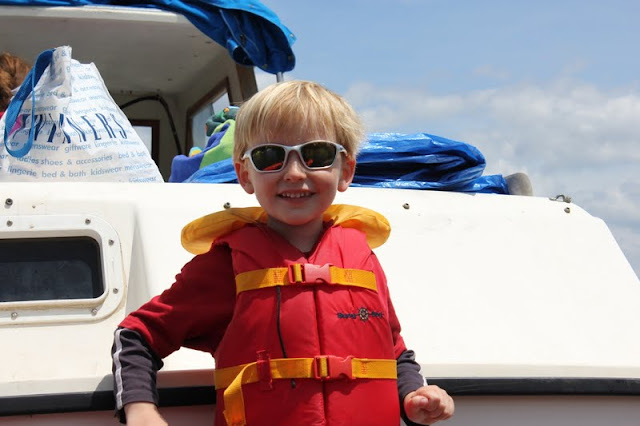 When Finny fell in the water getting out of the dingy, Molly and I decided to join her for one final swim before we met up with Bryan.  Before hitting the free way home, we toured around Seattle a little to retrace our route, but in the car this time.  It felt so different seeing the same areas from the land side instead of the water.   I really got a new appreciation for how beautiful Seattle is on this trip and would recommend to anyone to visit Seattle this way. 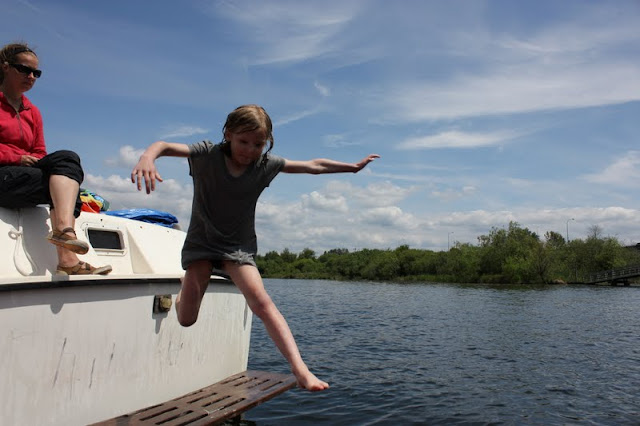 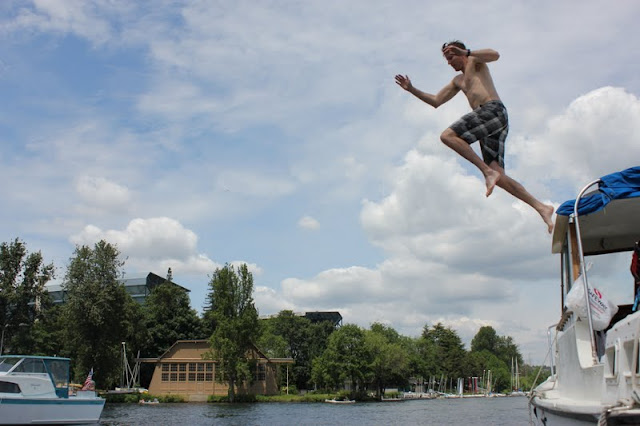 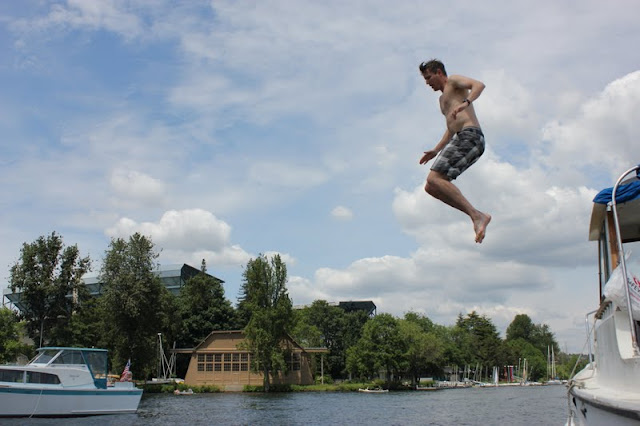 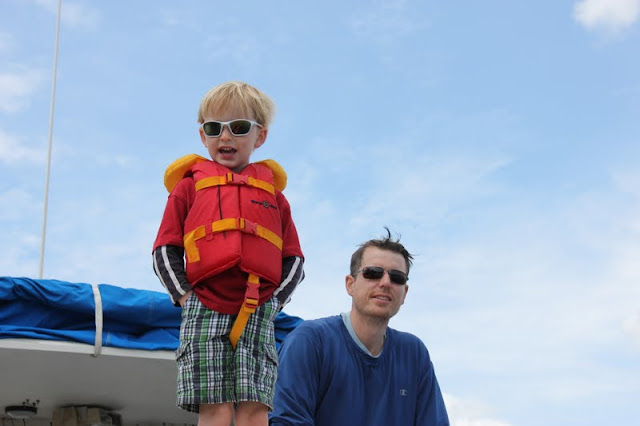 Posted by Ericandles at 2:41 PM