We got up to another picture-worthy breakfast in the garden of Darren and Julie's beautiful house in Argeliers. 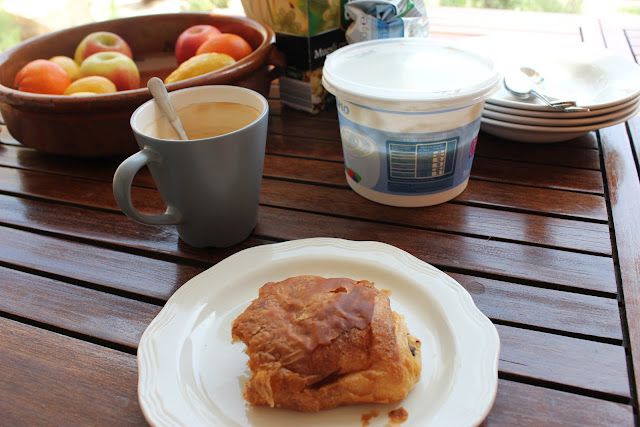 But, then quickly headed off to make our slow, side-route path to Montpellier.

The side roads were so wonderful, flanked by gigantic plane trees with vineyards carpeting gentle hills as far as the eye can see.

We made our way to the coast and hit Agde, an underwhelming town. We found a nice beach with some shells on it (there had been none in Leucate and Le Franqui), but the towns around new and pretty tacky with a lot of camping sites clearly intended for European holiday makers. 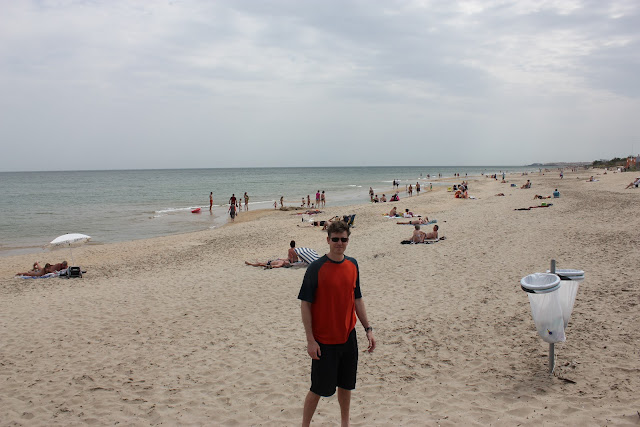 I found some shells to take home for the kids. 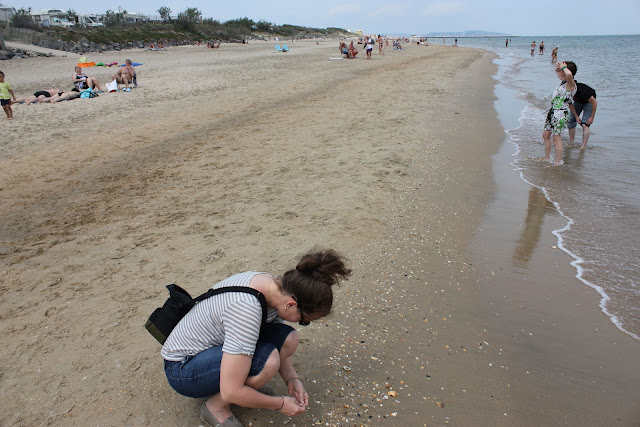 The town of Sete was a little further a long and a much more interesting stop. It is a true working fishing city, with gigantic ships lining the canals that dissect the centre into islands. 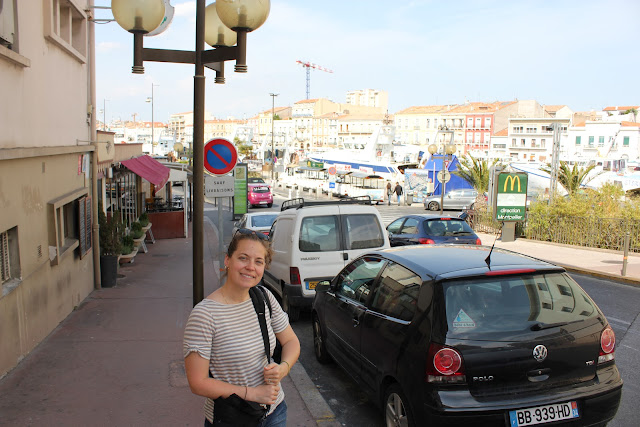 This is Eric standing next to a DINGHY. Another one for you, dad. 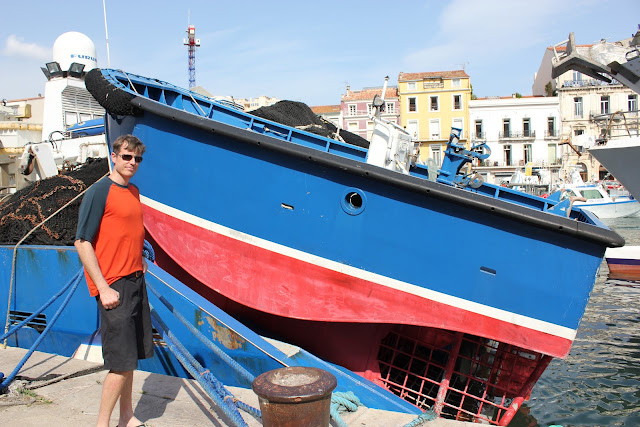 Here's a shot of the whole ship. She looks a little more seaworthy than our wee boat. It looks like it's seen some big water. We were impressed. 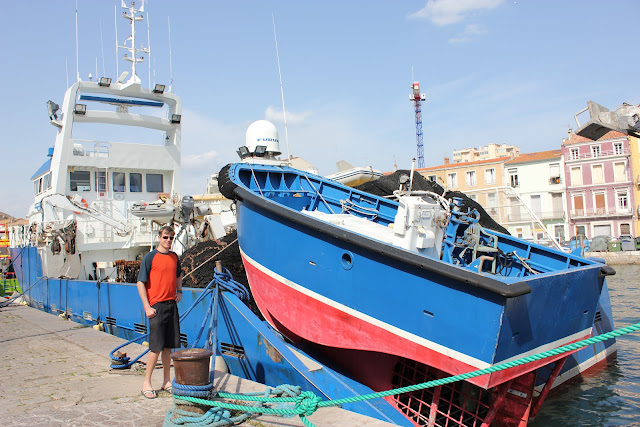 We spotted a couple of kids who were cooling off by jumping into the (filthy) water of the canal. It looks gross, but hey, they aren't my kids. 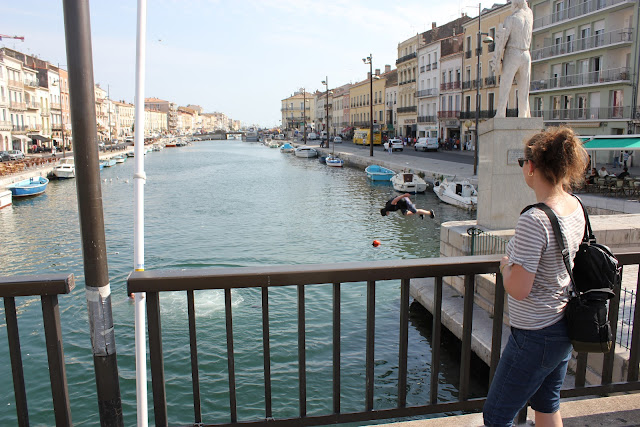 We stopped at a Monoprix and picked up some picnic items for dinner and then drove the nearby spit of land that separates the interior etangs from the Mediterranean. There was some decent kite surfing, so we pulled over to picnic and watch them. 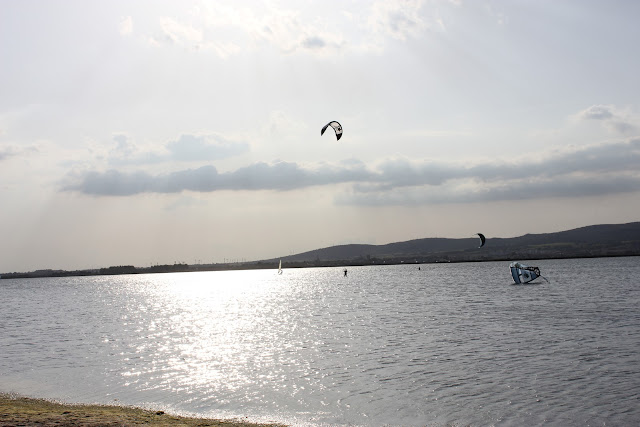 Our last stop was Palavas Les Flots. Another modern seaside village, complete with its own ski-lift to take pedestrians from one side of the canal to the other. 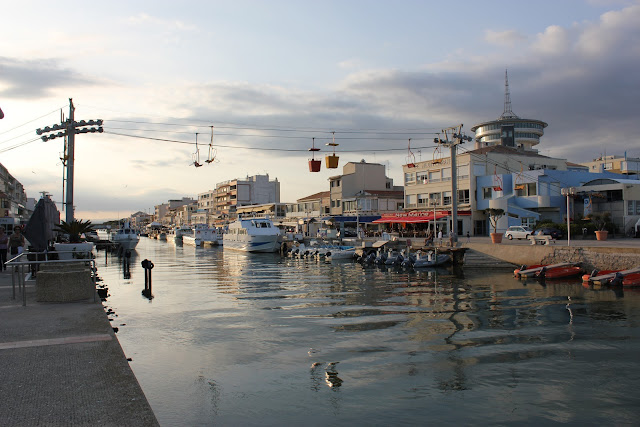 We left here to find a (highly mediocre) hotel on the outskirts of Montpellier. We have been spoiled by Darren and Julie's hospitality. A hotel feels very much like a cruel downgrade from their home. 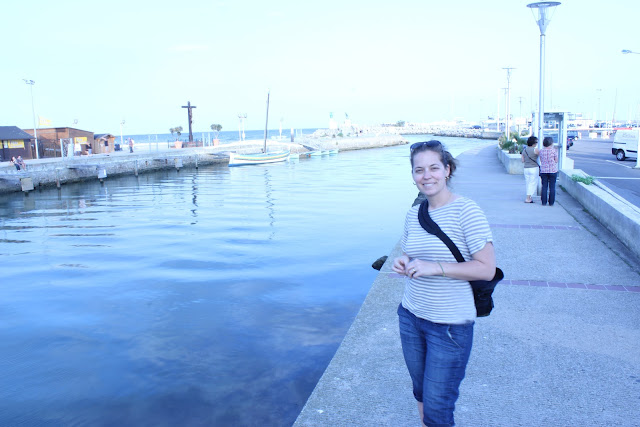 Posted by Ericandles at 4:37 PM