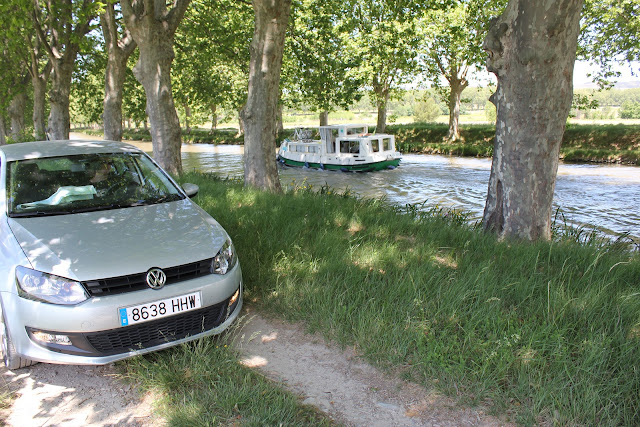 We woke up on our last full day in France determined to take full advantage. There were so many intriguing areas that we had a hard time deciding what direction to go...so, in true Eric and Lesley fashion, we figured we'd try to cover as much ground possible.

We headed north towards the mountains. 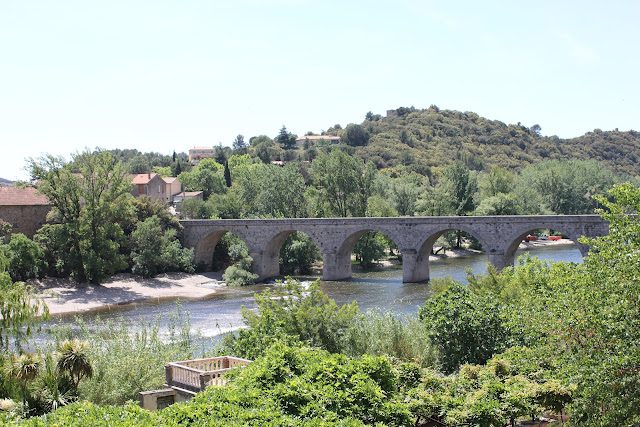 The sun was shining and the backdrop was spectacular. 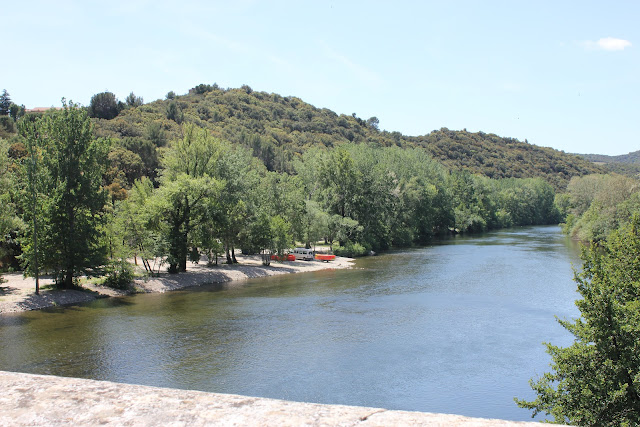 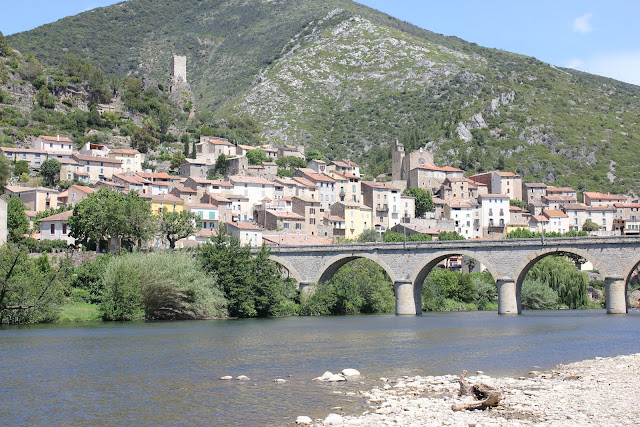 We were tempted down to the river by the signs for canoeing. The tours were closed, but the location was gorgeous. 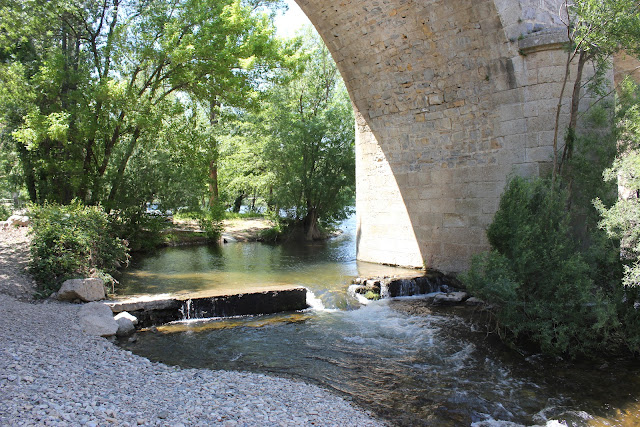 Eric couldn't resist the lure of the water. It was sunny, but not super warm. The water was COLD. 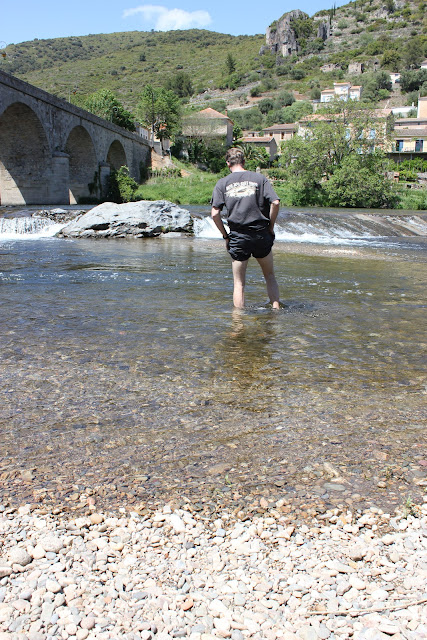 Then there was this view. 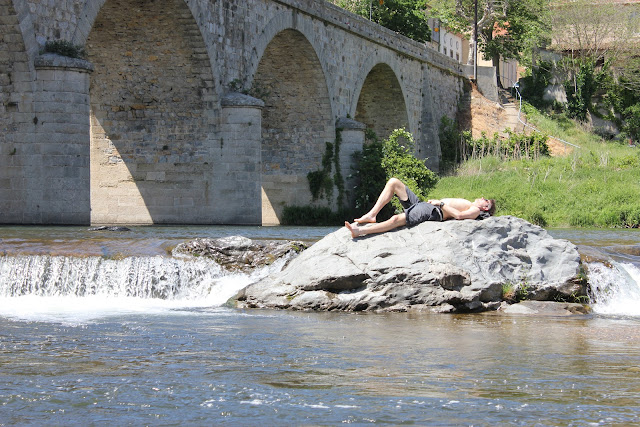 So, with Eric sprawled out on the rock...what could I possibly do? Pelt him with river rocks, of course. He thought it was funny until my aim improved enough that the stones were getting pretty close. As soon as he caught one to prevent it from hitting him...he came back. 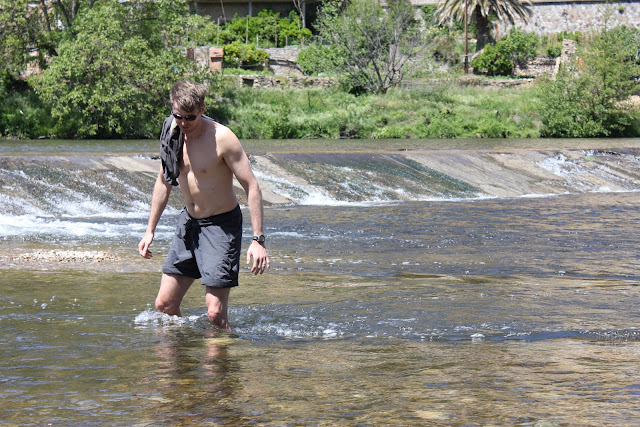 I was filming his crossing, because there was a tiny (big) part of me that sort of, a little bit, thought it might be hilarious if he fell. The current was pretty strong. Luckily (?), he made it back safe and sound. Phew. 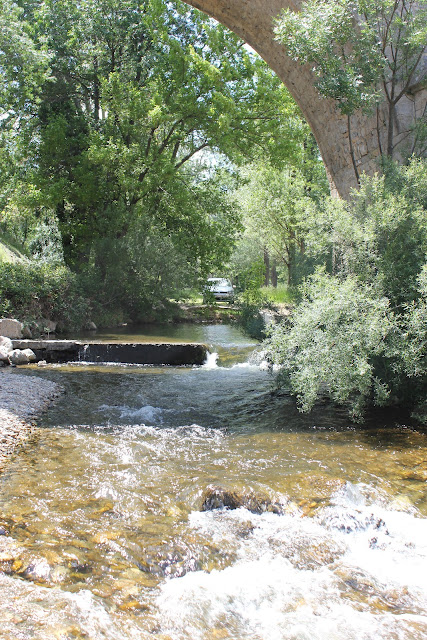 We heard that the gorges a little further north were beautiful. We pressed on. 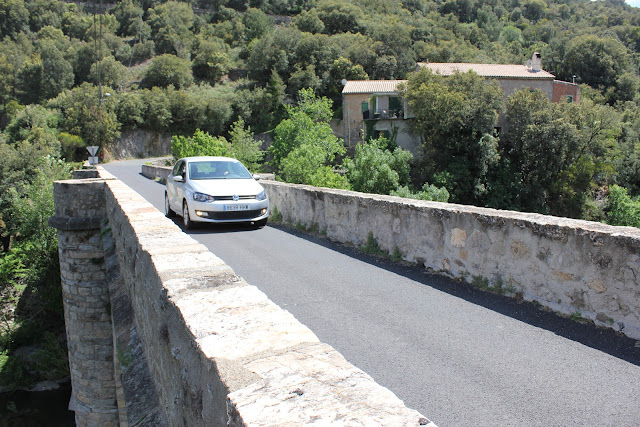 Even though the map had a road marked, when we got to the bottom of the gorges we had to get out and walk. 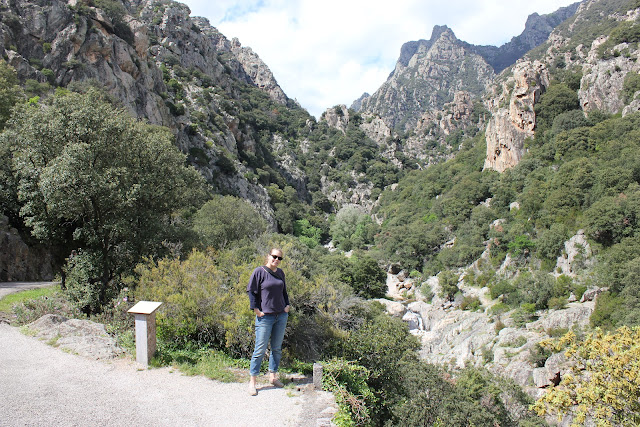 The walk was spectacular. The pictures are nice, but they don't do it justice. It was a slow climb uphill. Enough that we were working a little bit, but never strenuous. 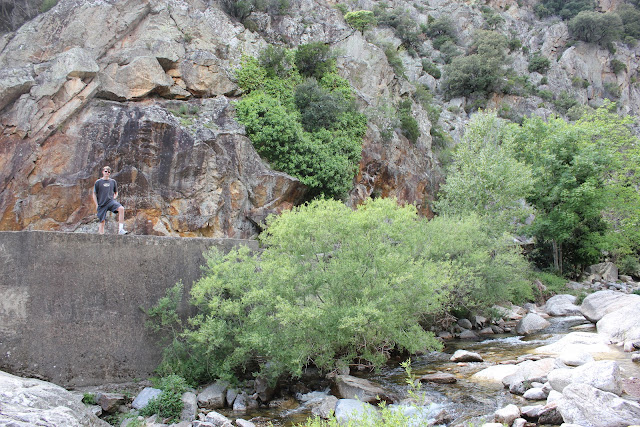 Every corner we rounded offered a new view. 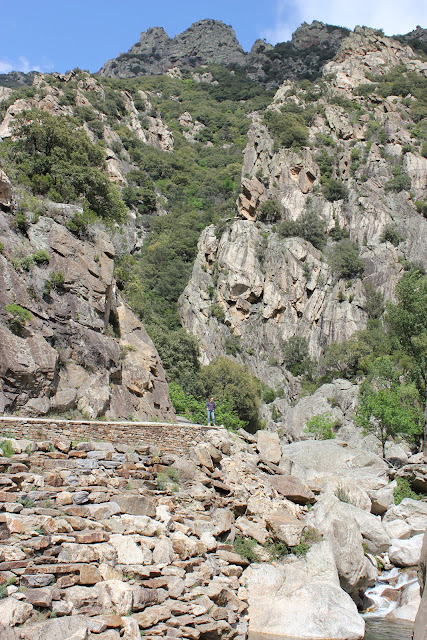 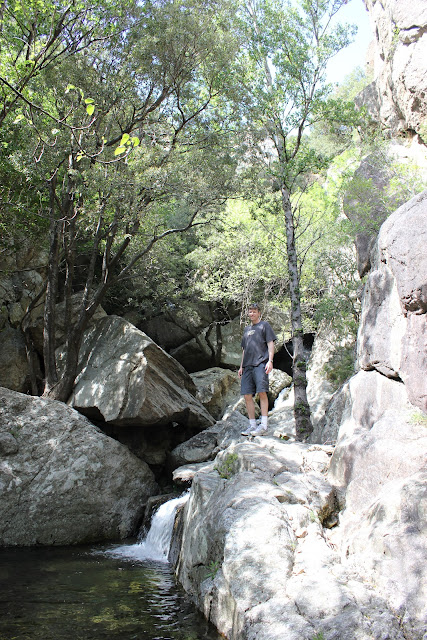 It is amazing to both of us that in such an ancient and populated country, areas like this one exist. 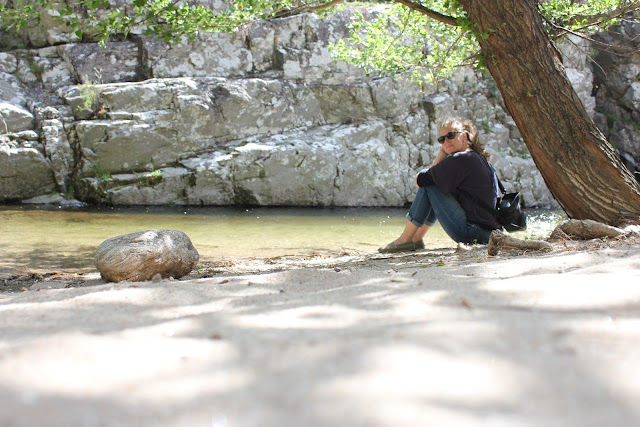 I think the picture below was when Eric lost patience with me taking pictures of him on this path. You might be able to see it on his face... 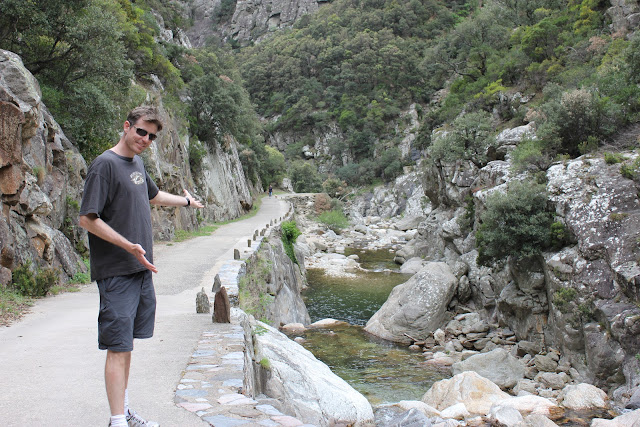 As the clouds gathered above us and the sun started to disappear behind the peaks surrounding us, we turned around to walk back to the car. We didn't make it to Heric, the town at the top of the path. We decided to try to drive around the lakes a little further north.

They looked great on the map, but were a little underwhelming in real life. Apparently, the French don't really dig freshwater they way they love their coast. It was almost completely undeveloped. 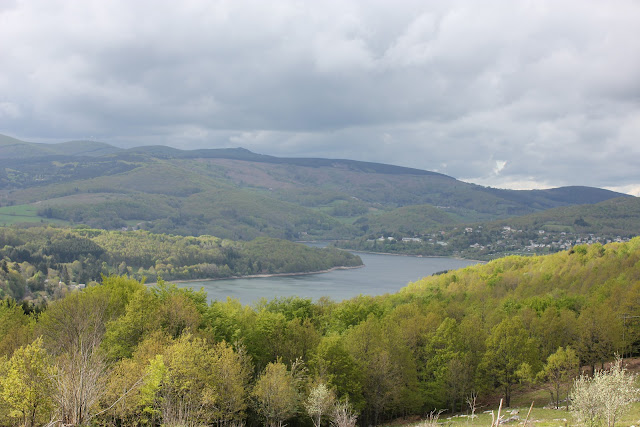 We took the long road back to Argeliers. It was an idyllic final day away. We knew we had an early morning the next day. A 5 am wake up and three hour drive to Barcelona. Then on the plane back to Newark, then a sprint to catch the last plane to SeaTac. Oh, then three hours home (thanks to my brother for picking us up...) in the car to Vancouver.

But...it was sooooooooo worth it.
Posted by Ericandles at 2:03 AM