Finny had her first track and field meet last weekend. She has been running with the Thunderbird club since September. The fall season was long distances for cross country. The spring season is track and field.

Finny is a natural long distance runner, mostly because she has incredible mental discipline and is able to push herself through the pain of running.

Track and field is a new learning curve.

Her first event was a 60m hurdle race. She had never, ever done a hurdle race before.


It is really hard to see it in the picture, but that's Finny's name on small black screen. Her name in lights! 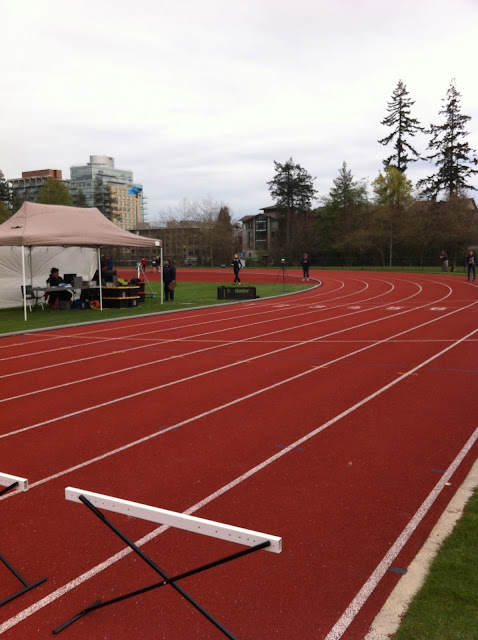 She did a great job. Her first hurdle was a little shaky and I thought she was going down on the second one...she was wobbly. But she pulled it back and had a really strong finish.

She and her buddy Delia were really happy to compete together. Plus, it was freezing...so they were happy to cuddle together and stay warm under a blanket. 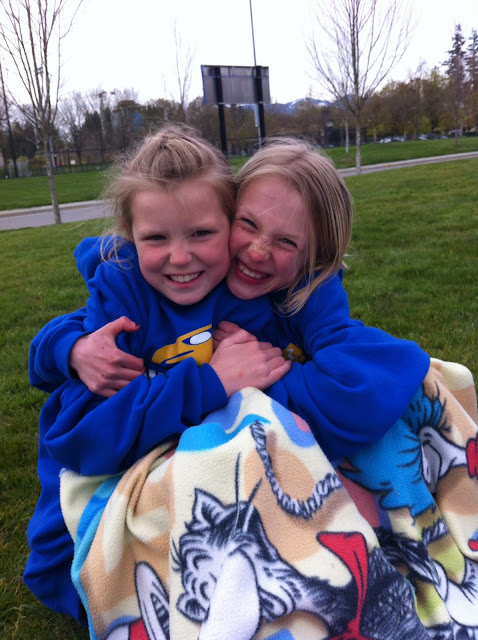 Finny enjoyed hanging out with her relay team friends. Noelle, Jessica and Delia are her teammates for the 4 X 100m race. Since Noelle is in Grade 4, they had to compete up an age group. They still managed to come in fourth! 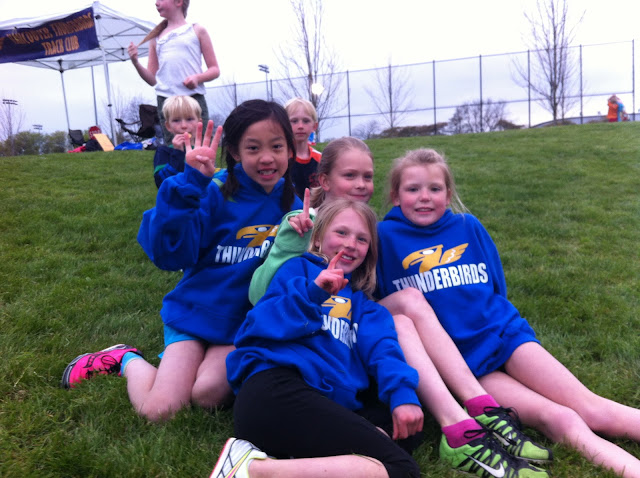 Finny and Delia also ran the 1000m. Delia came in first and Finny got fifth. I love watching my beautiful girl run her heart out. Her long legs push her determined little body so hard. I get choked up on the sidelines. I feel so proud. 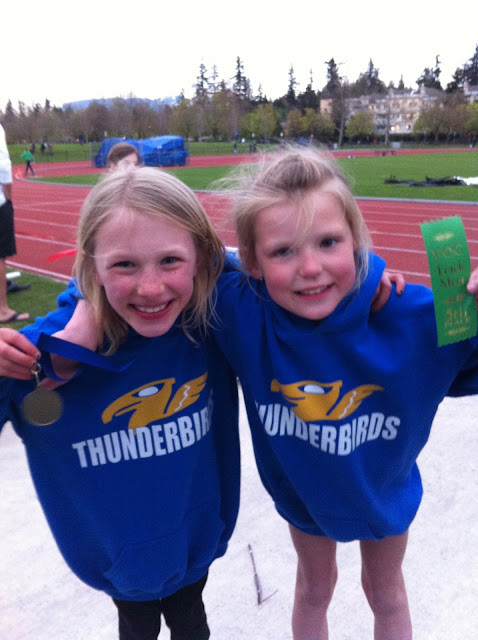 It rained off and on over the weekend. The girls stayed warm together, cheered each other on, ate snacks and played games. 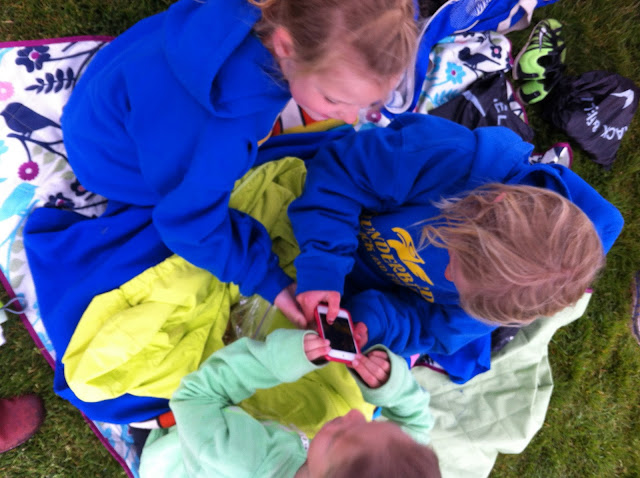 It was neat to see their little relay posse. 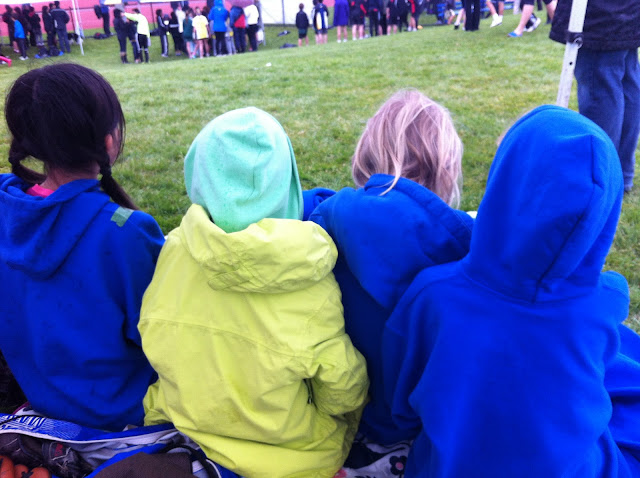 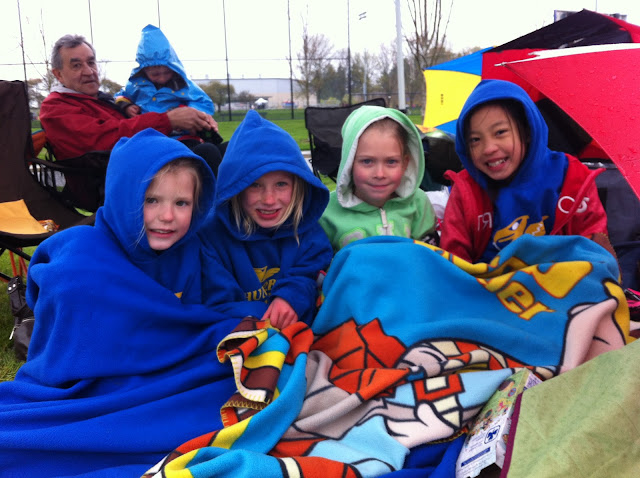 Finny's final event was high jump. She had never high jumped with a bar before and had no idea how it worked in competition. She was unsure, but determined. Despite the pouring rain, soaking wet mat and goosebumps on her bare legs and back, she soldiered on. She showed great form. Not that many kids were doing a real Fosbury flop, but she was great at it. Her new goal is a medal in high jump before the season is over. She got fifth this time, so it was a great start. 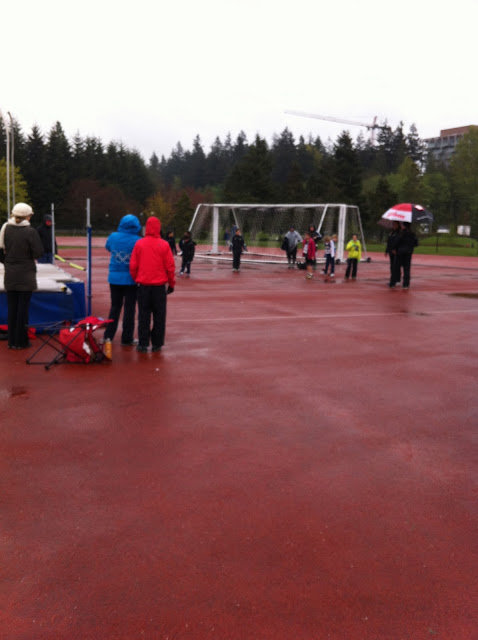 With a full Friday and Saturday of running behind her, you might think this girl would take it easy on Sunday. Day of rest, right?

We heard about the new Tuff Kid event running at Q.E. Park at 10 a.m. and she was not to be dissuaded. Another 1km run with obstacles. 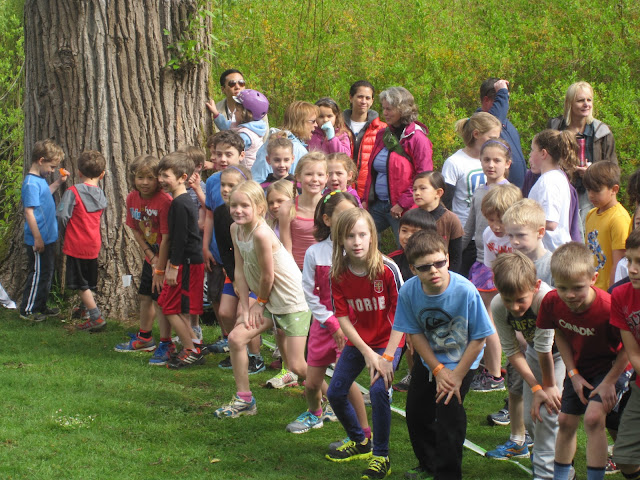 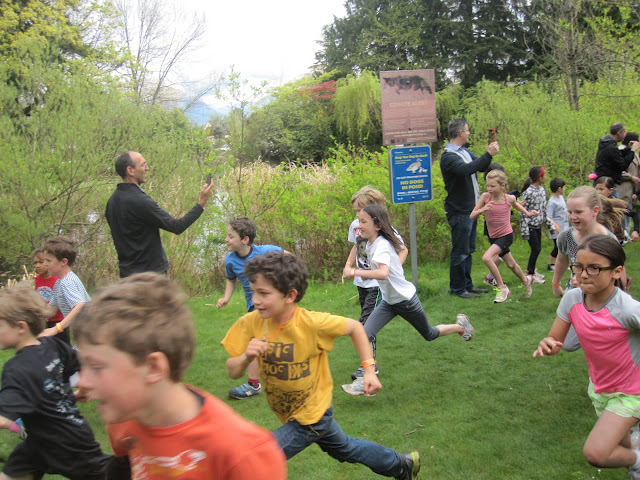 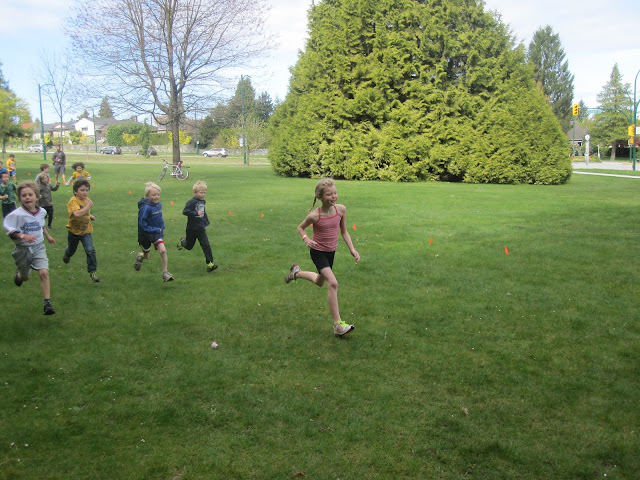 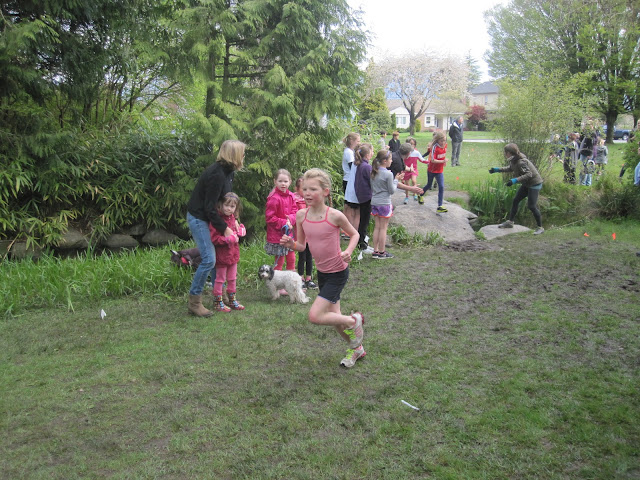 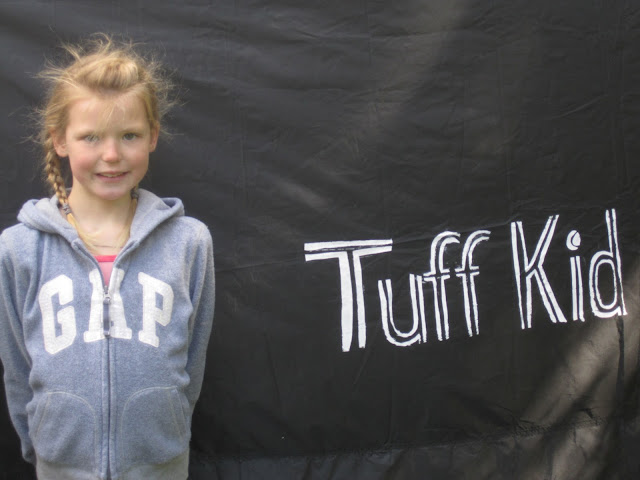