Sports Day is a much anticipated event in our house.

Which might make you think I stockpile awesome red items all year (since the kids have been on Team Red for all six years we have been at the school). I don't. I seem to forget every year until the night before the big day and then madly scramble to cobble together all things red and wear-able.

The cheers this year were excellent. I knew Red was up for a big 2013 as soon as I head the solid taunts in our cheer. 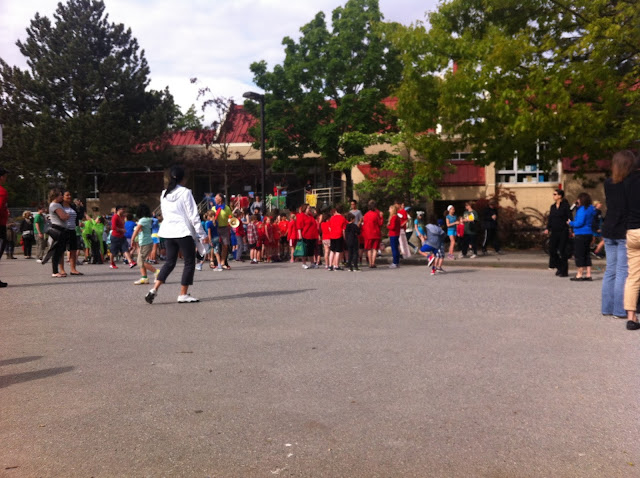 Our mood was high and we were feeling confident. 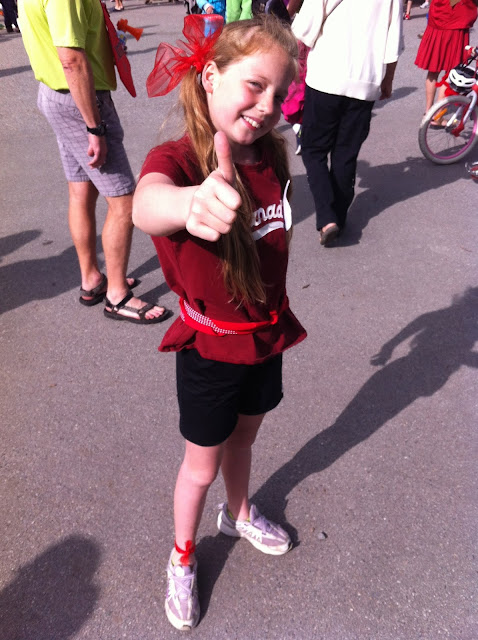 There were only 11 kids on their mini team, so our family formed almost a third of the cadre. Another good omen. 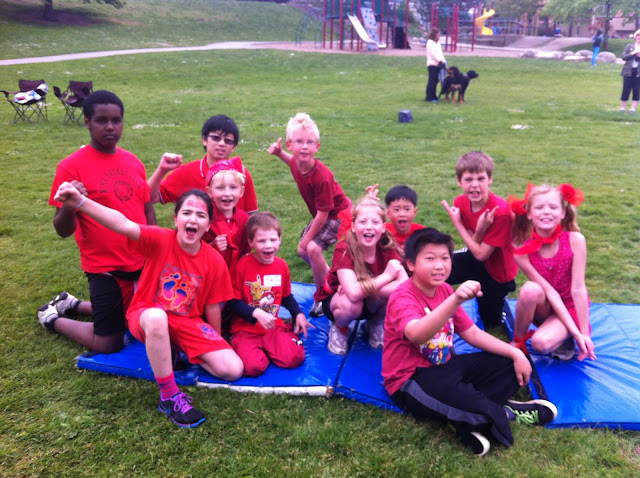 Sure enough, after a full day of events (and another year avoiding the disastrous 9:30 hot dog lunch slot), we were elated to find the Red Team cruised to an easy victory in 2013. It was our year.

The kids barely noticed the sprinkling rain and still worked up enough of a sweat competing that popsicles were very welcome. And Sophia didn't hold a Green Team grudge against Finny. They were still friends at the end of the day. 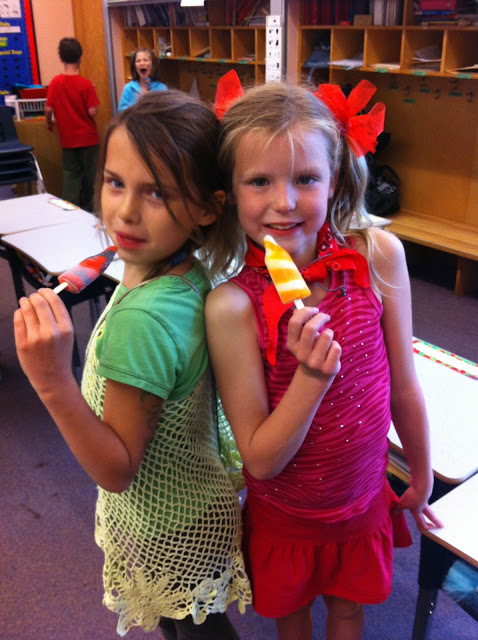 And so were Mielle and I, even though poor Blue Team has lost for at least the last 4 years...maybe 2014, guys. 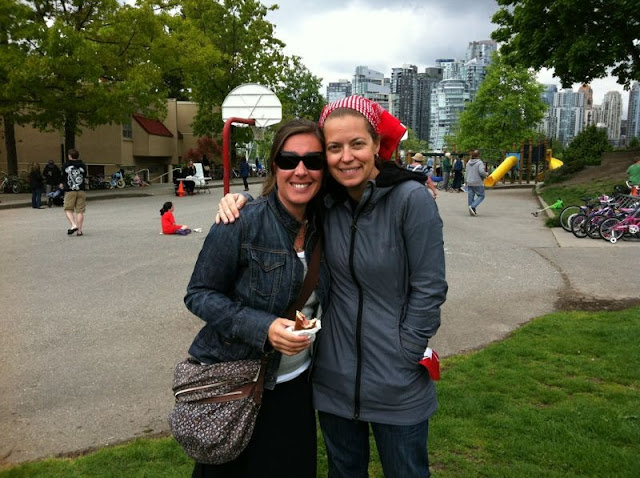 Posted by Ericandles at 1:53 AM