Don't worry...I am not calling Lukey names. He really was a Mutant last weekend, playing for the Mutants in a spring hockey tournament out at UBC. He has been doing the development class with the Mutants on Saturday out at the Richmond Ice Centre. We decided to put him into one tournament and chose the one at UBC instead of driving to Langley or Mission.

It was a Friday/Saturday/Sunday tournament, but I was surprised when the schedule came out and the first game was Friday morning at 8 o'clock. Apparently school isn't much of a factor.

Here is Lukey as we were heading out at 7 a.m. on Friday morning:

Eric was working, so I had to take this little guy out to get him all dressed and then head back to our place to get the girls up and to school...then back out to UBC to get him off the ice after the first game. I missed the first game, obviously...but also missed his only goal of the tournament. Bummer. His team (Orange) won their first game 7-1. Then we had a short break before the next game at 11:15. We grabbed a smoothie and a muffin, then back to it.

Dog pile on the lucky winning goalie after win #2: 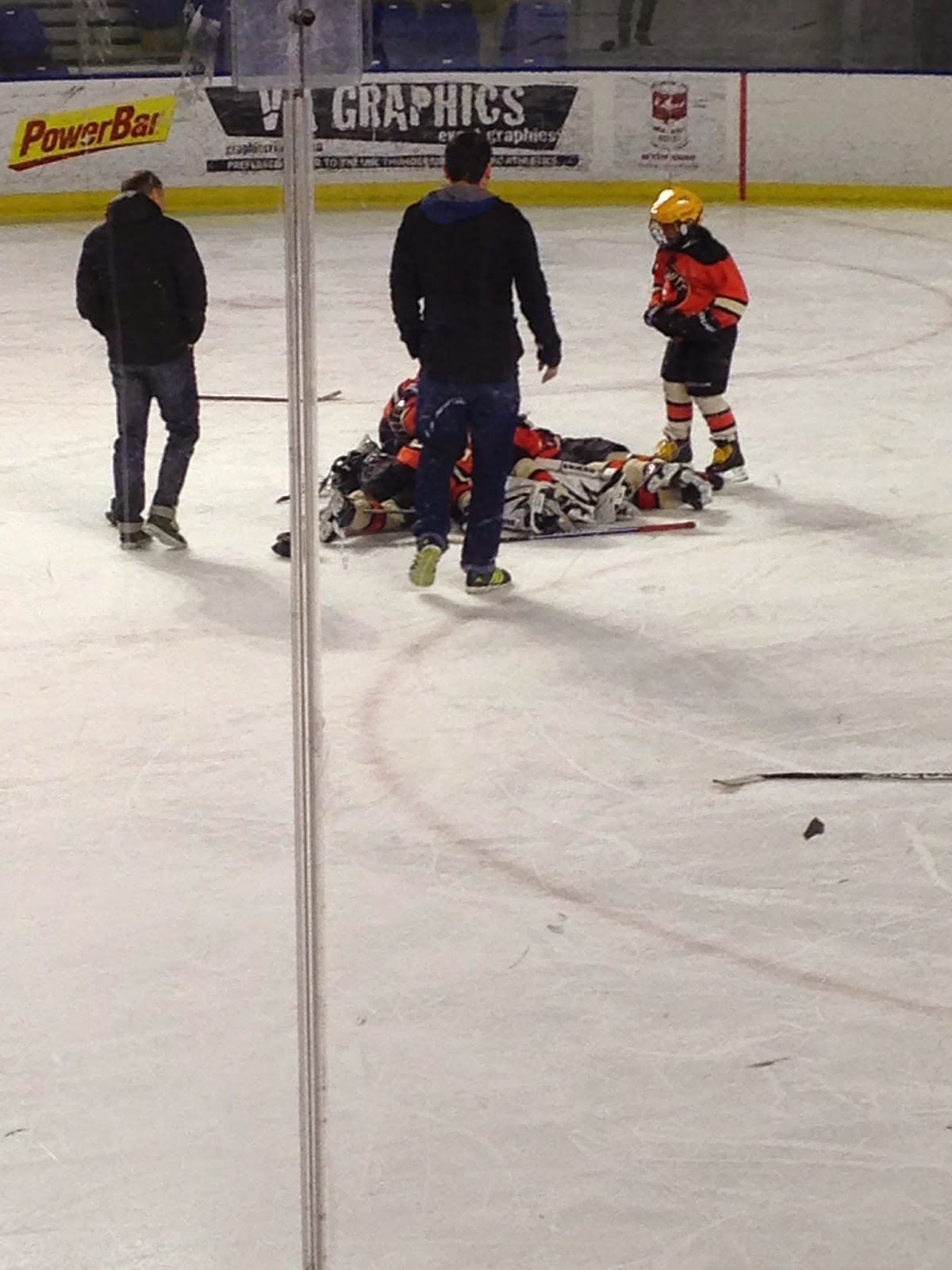 The group of boys on Lukey's team was fantastic. He didn't know a single kid on the roster and even though most of those kids knew each other, they were really open to Lukey. It was an incredibly positive experience.

Here's the boys playing in the locker room before a game: 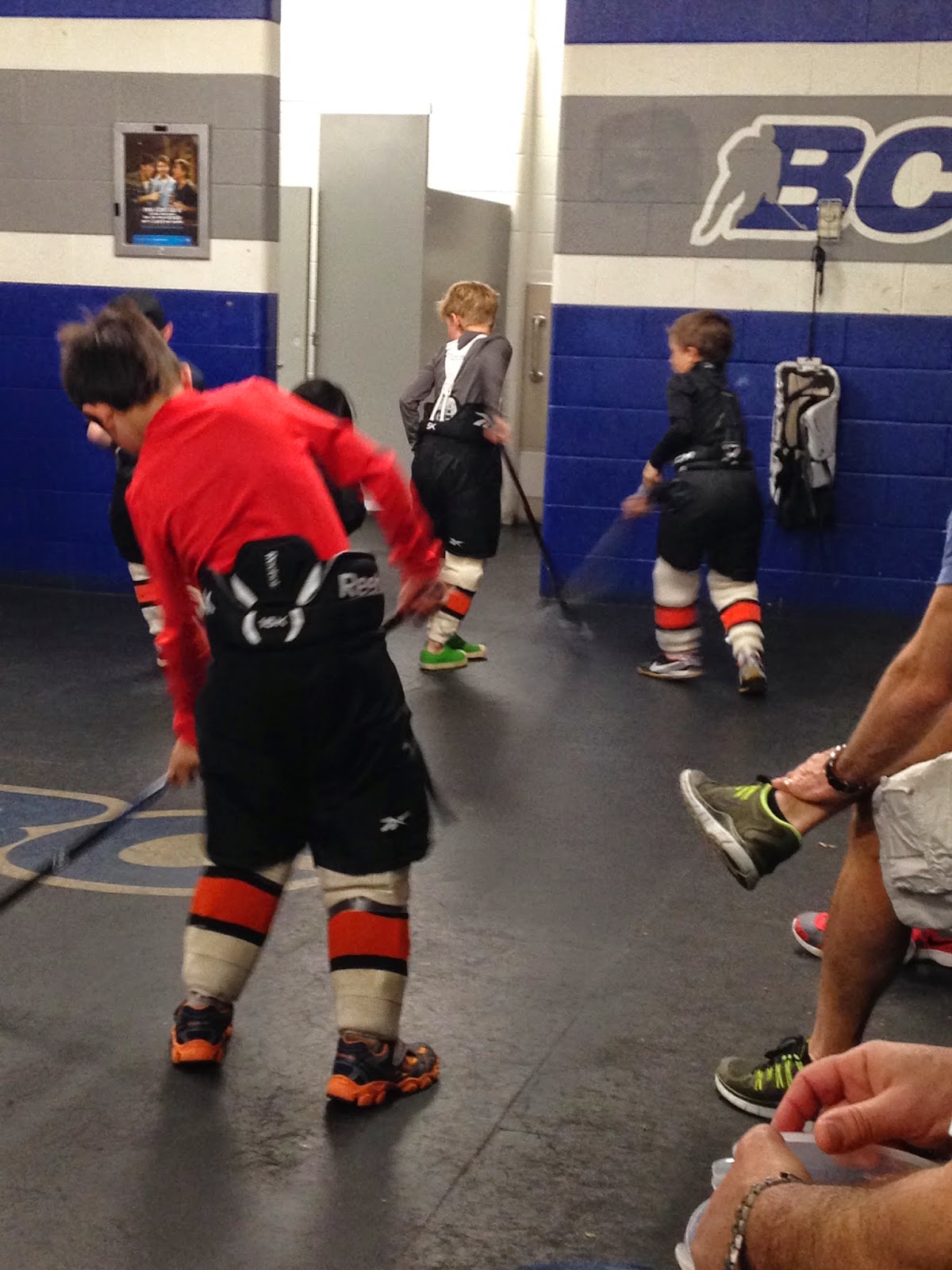 Saturday had only one game in the afternoon, but Sunday had a 7:15 (!!!) start. We left home at 6:05. I sent Eric the picture below to prove we were in the locker room at 6:28. Talking to the other parents, I realized we have led a VERY sheltered hockey experience. That was our earliest start ever...by a lot. The other parents thought that was hilarious. There was one (extraordinarily talented) kid there who practices at 6 a.m. four mornings a week! 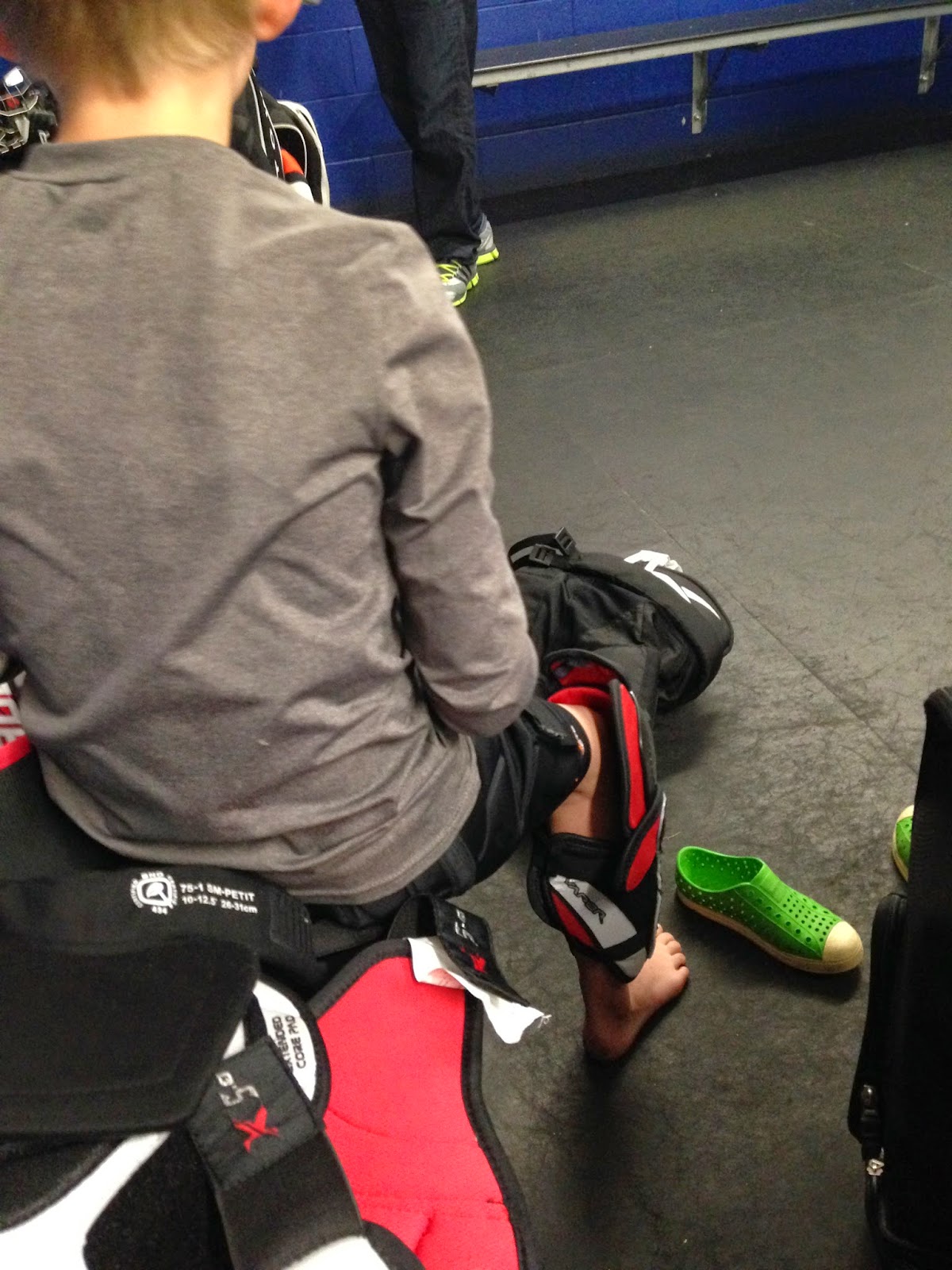 Lukey has played significantly less hockey than most of these kids...and he was the youngest on the team (it was open to 2005 and 2006 kids...he is born at the end of 2006), but they never made him feel anything other than great about his contributions. The coaches on the bench were encouraging and positive, without fail. 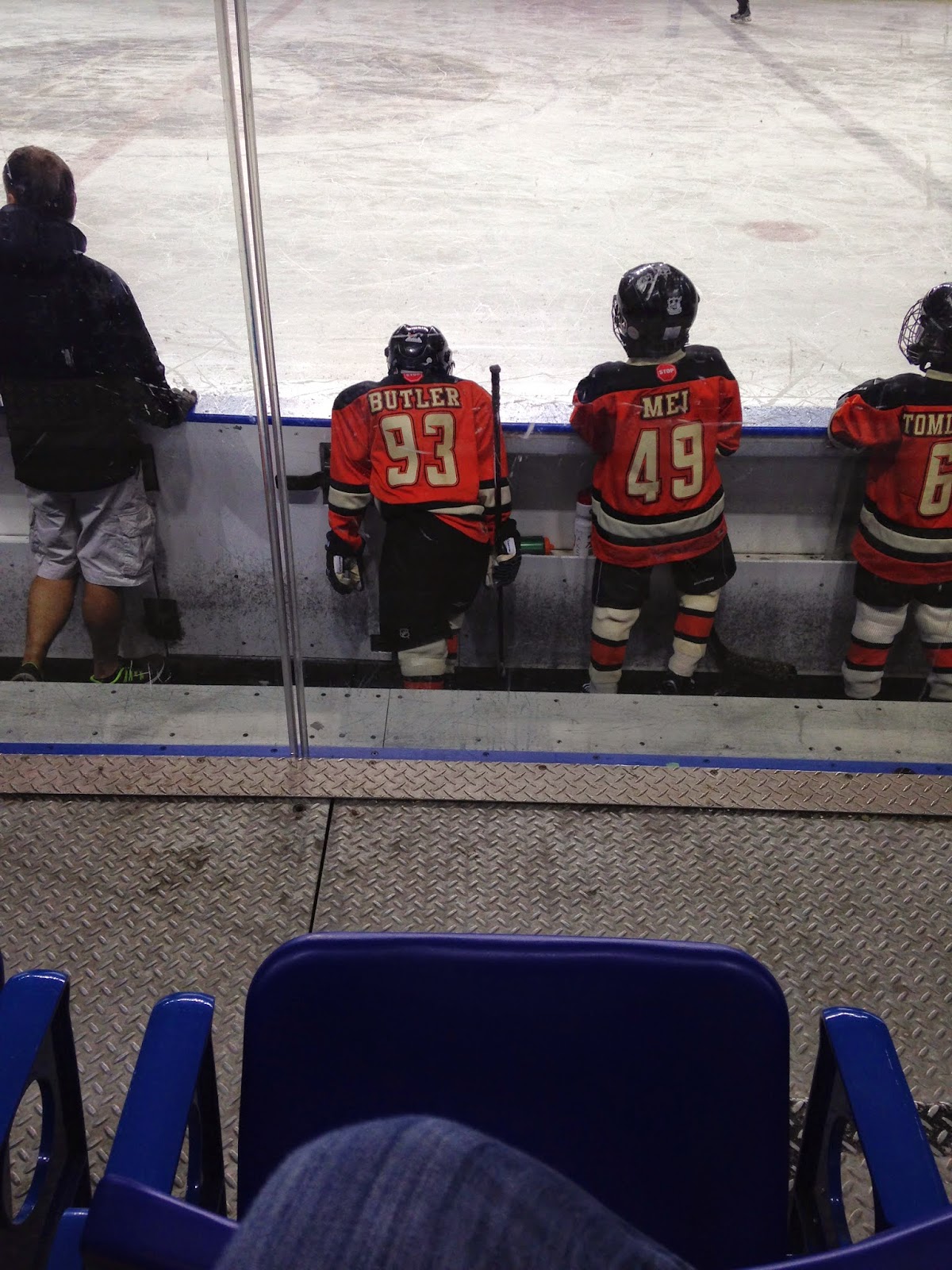 Team Orange went undefeated for the whole tournament (five games). They won the final and were the weekend's champions. Lukey was thrilled!

Here they are lined up for their trophies: 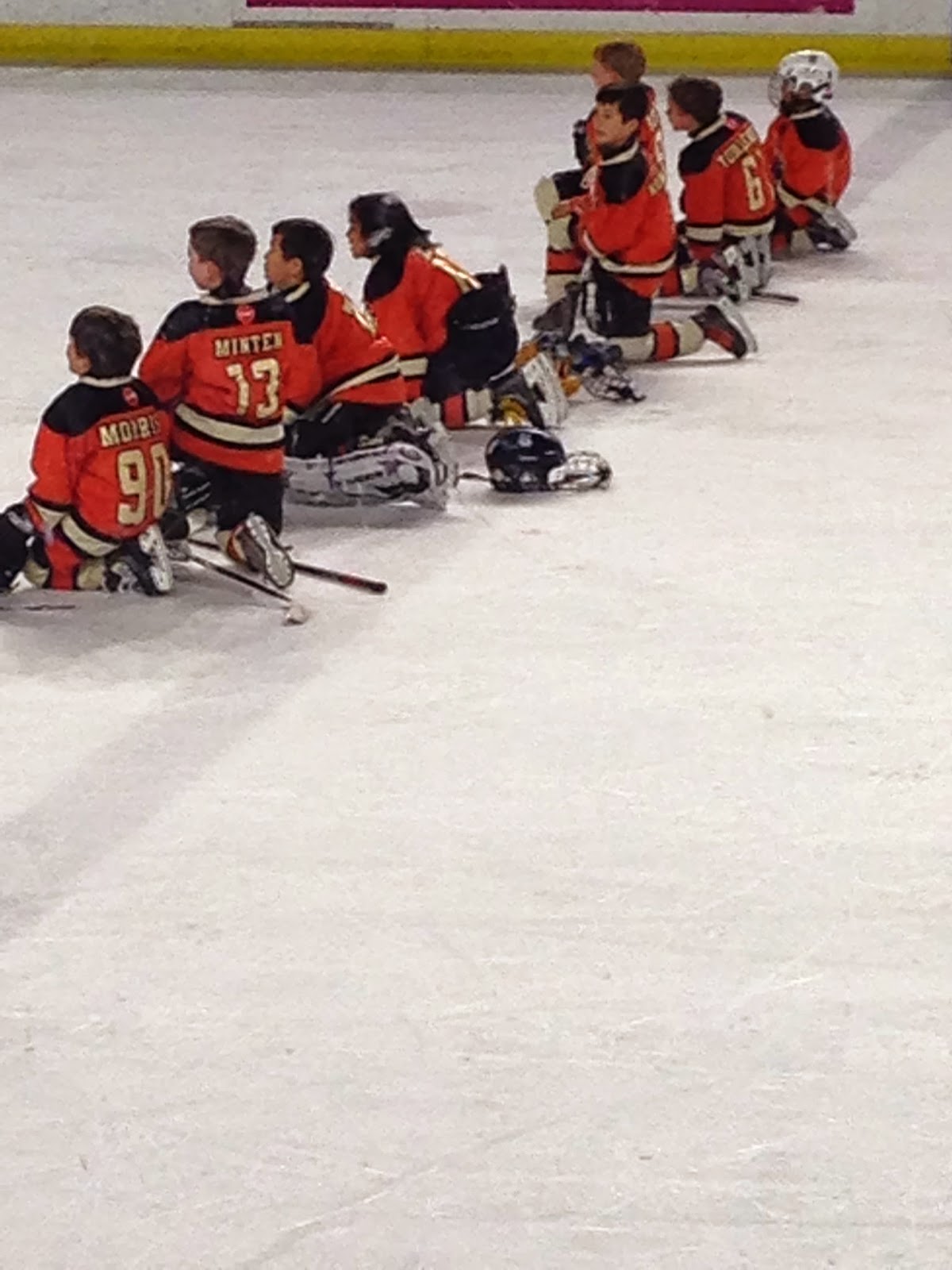 A pep talk from the bench: 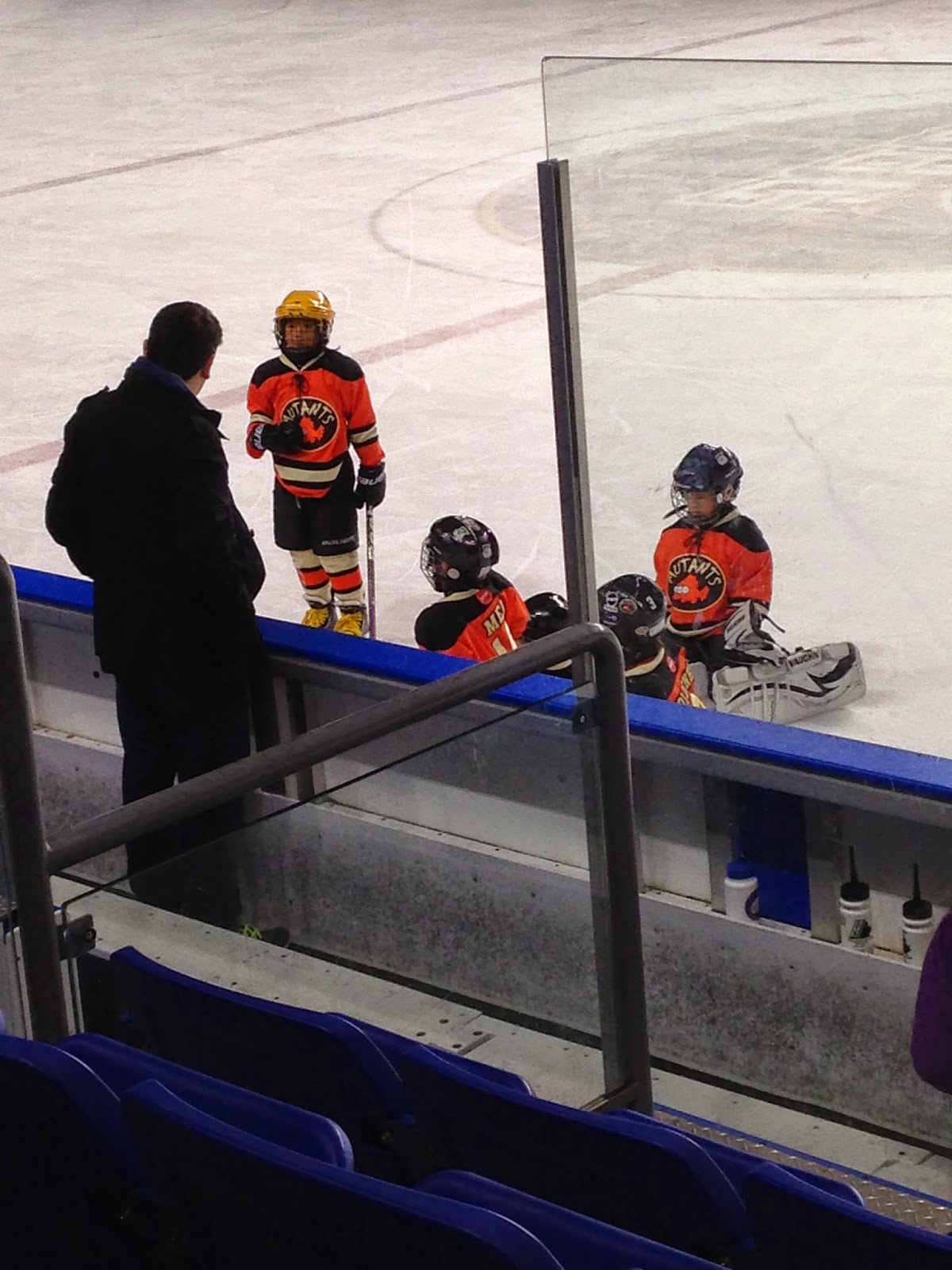 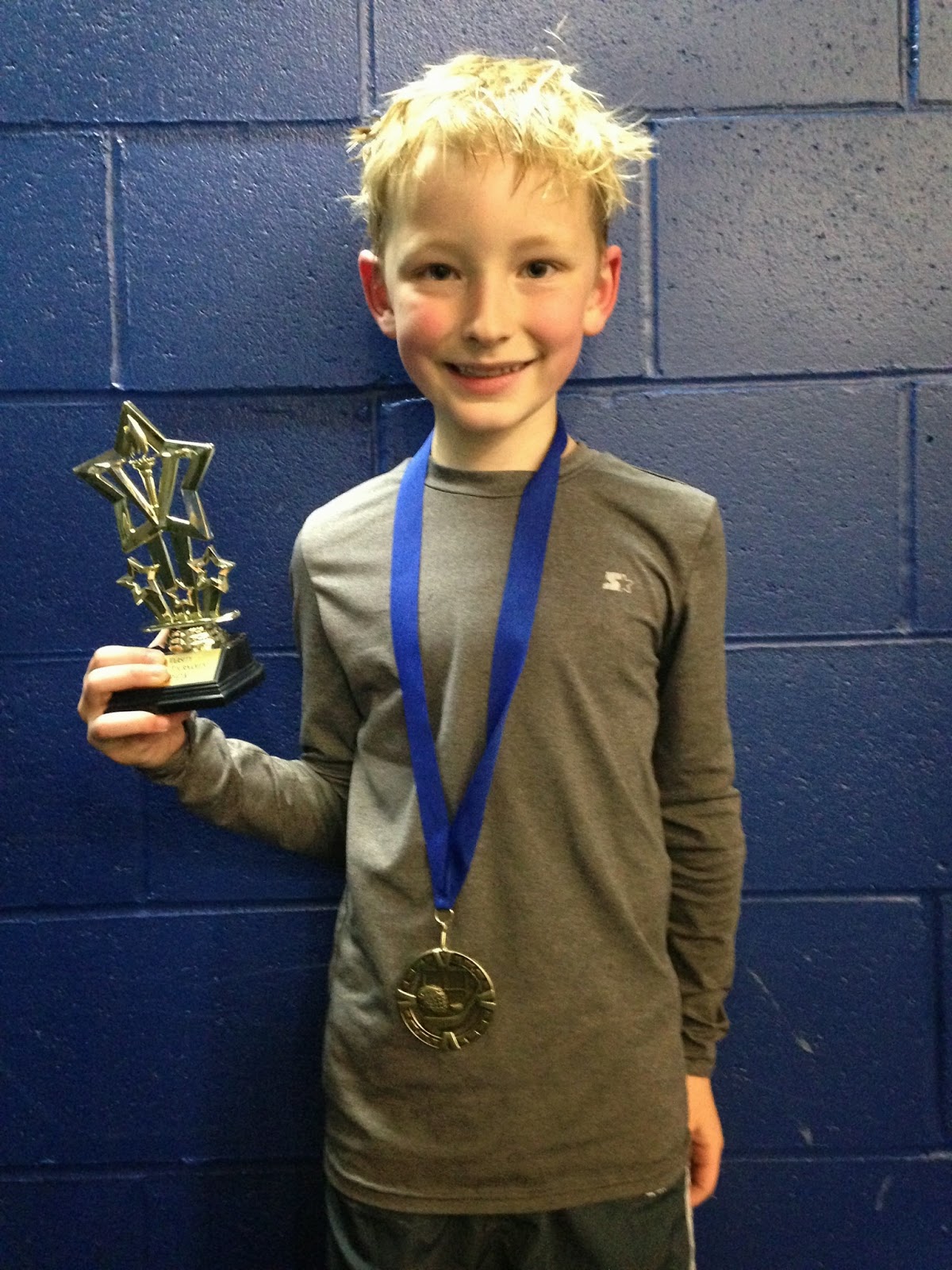 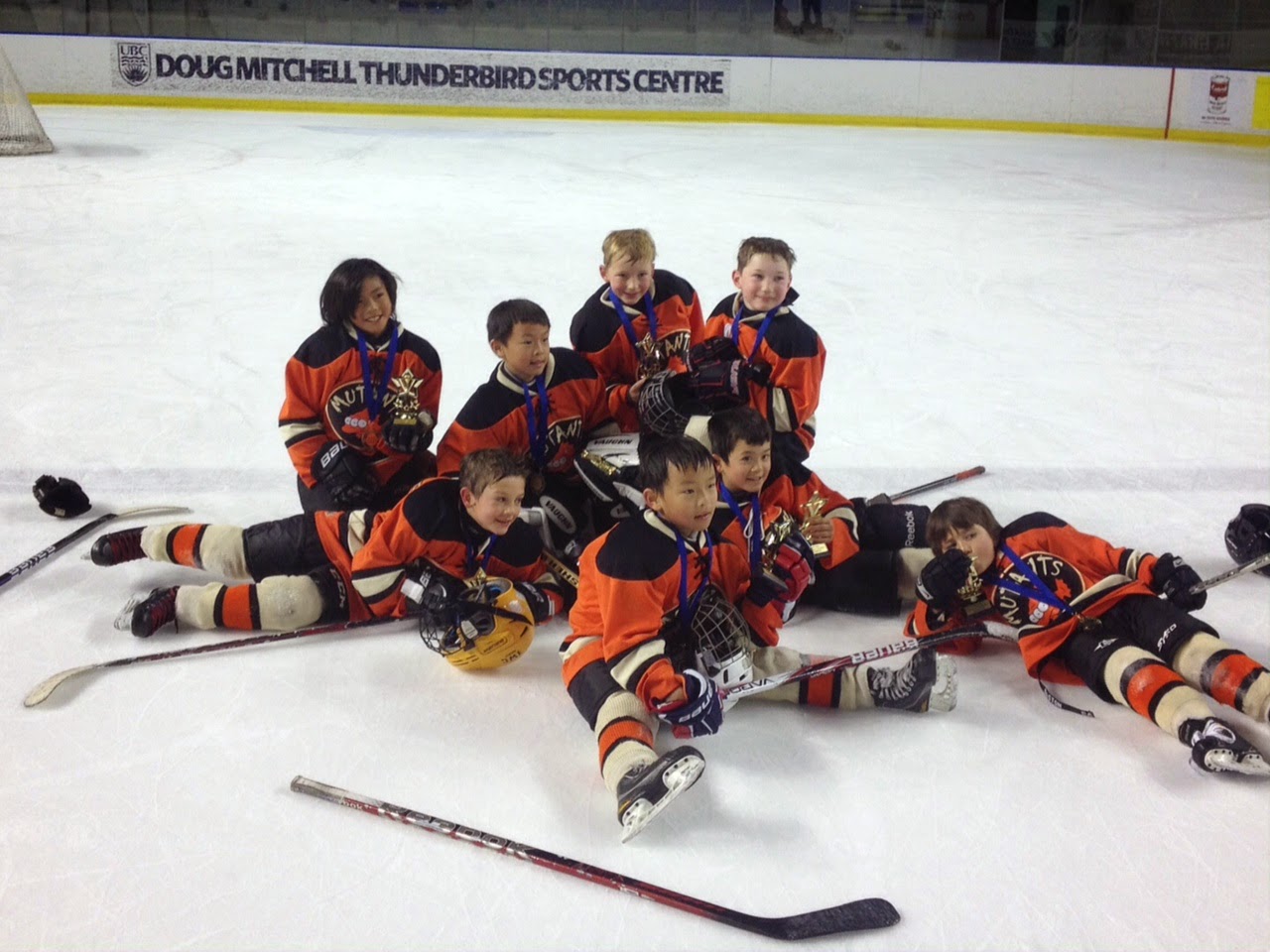