After all the hard work the kids (and Eric!) put into the Basketball program throughout the year, everyone looks forward to a night of games, pizza, prizes...and more basketball.

This year, in addition to the normal series of game stations and dinner, Eric organized an exhibition game between his Police & Fire team and the UBC Thunderbirds. It was an excellent opportunity for the kids, who have been training all year, to see what great high-level basketball is all about up close.

Eric introduced the team and told the kids a bit about the background of each player. His intention was to encourage the kids to keep working and to understand that there are lots of opportunities in Vancouver for an ambitious player to continue on in basketball. 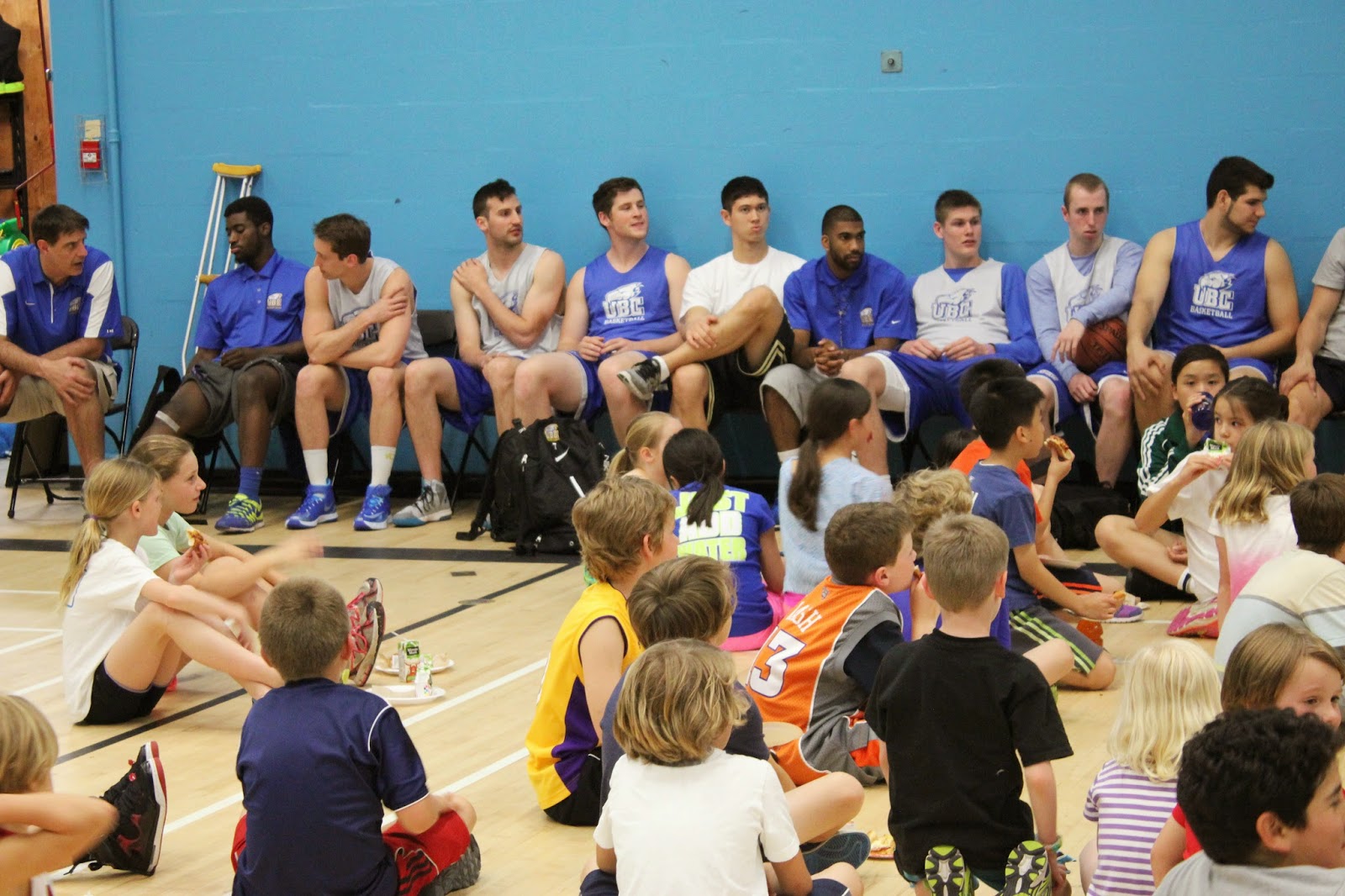 Eric had no idea how many kids/parents would want to stick around to watch, but the turnout was impressive (it probably didn't hurt that there were two dozen giant men walking through the club...they generated some interest in the hallways for sure!).


Everyone was transfixed. The quality of the games was impressive. There were a couple of dunks, an alley-oop and lots to keep the oohs and aahs coming from the crowd.

I also thought is was really cute that every time Eric scored, a huge roar erupted from the kids gathered...they might have been surprised to see that Coach Eric could play! They played small games up to 18 points and Eric hit the first game winner...the gym went nuts. And the kids learned that age and wisdom can prevail over youth! 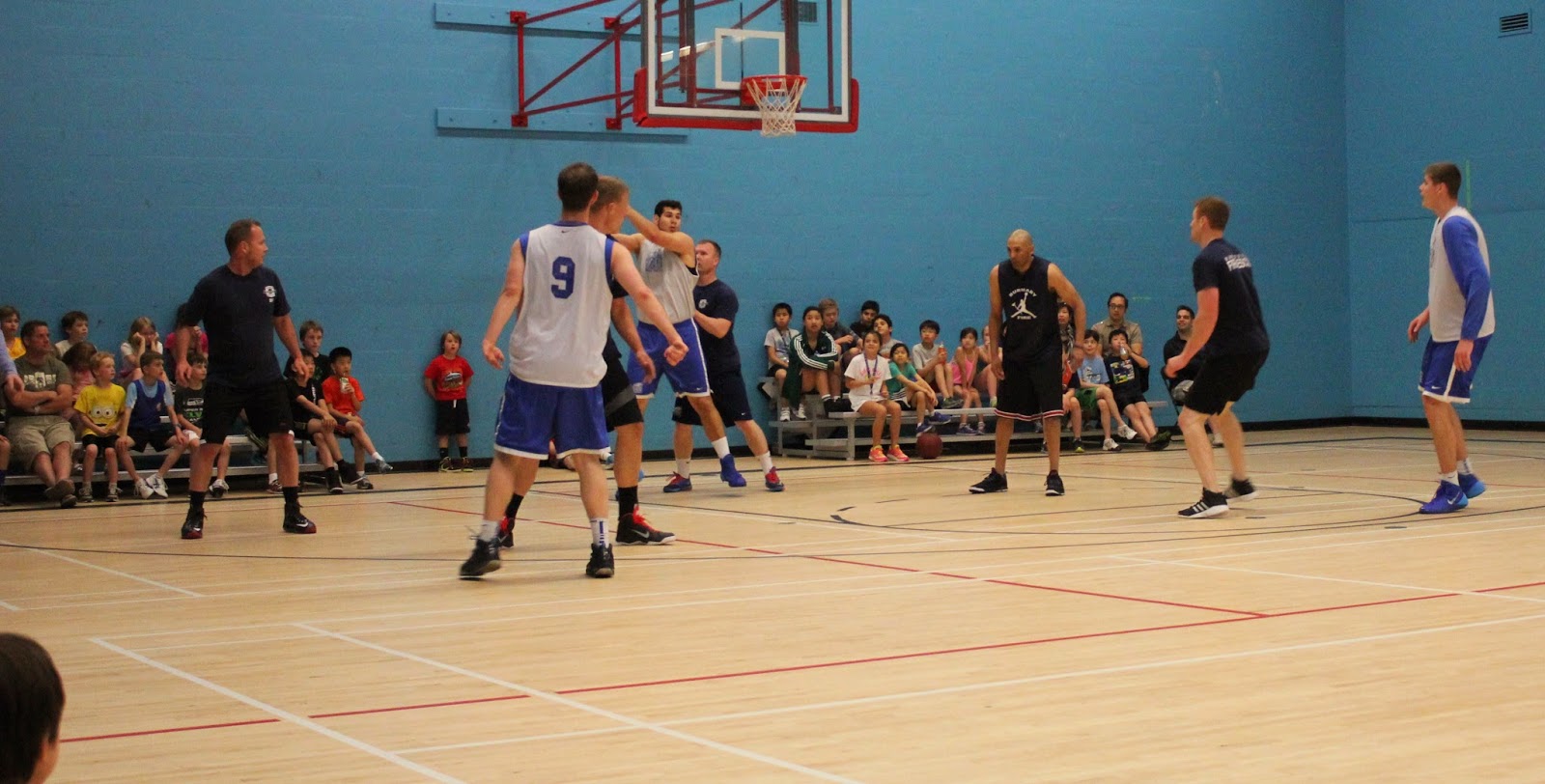 I am so proud of what Eric has been able to create with Split Second Basketball. He has fostered the development of a real basketball community at the club, where none existed before he started the program. There were nearly 60 kids and more than 40 parents out for a great evening...and none of it would be possible without Eric's vision and commitment to bring value and quality to everything he does.

Oh, and he still plays pretty damn well for a 40 year old...just ask the Thunderbirds who tried to guard him! 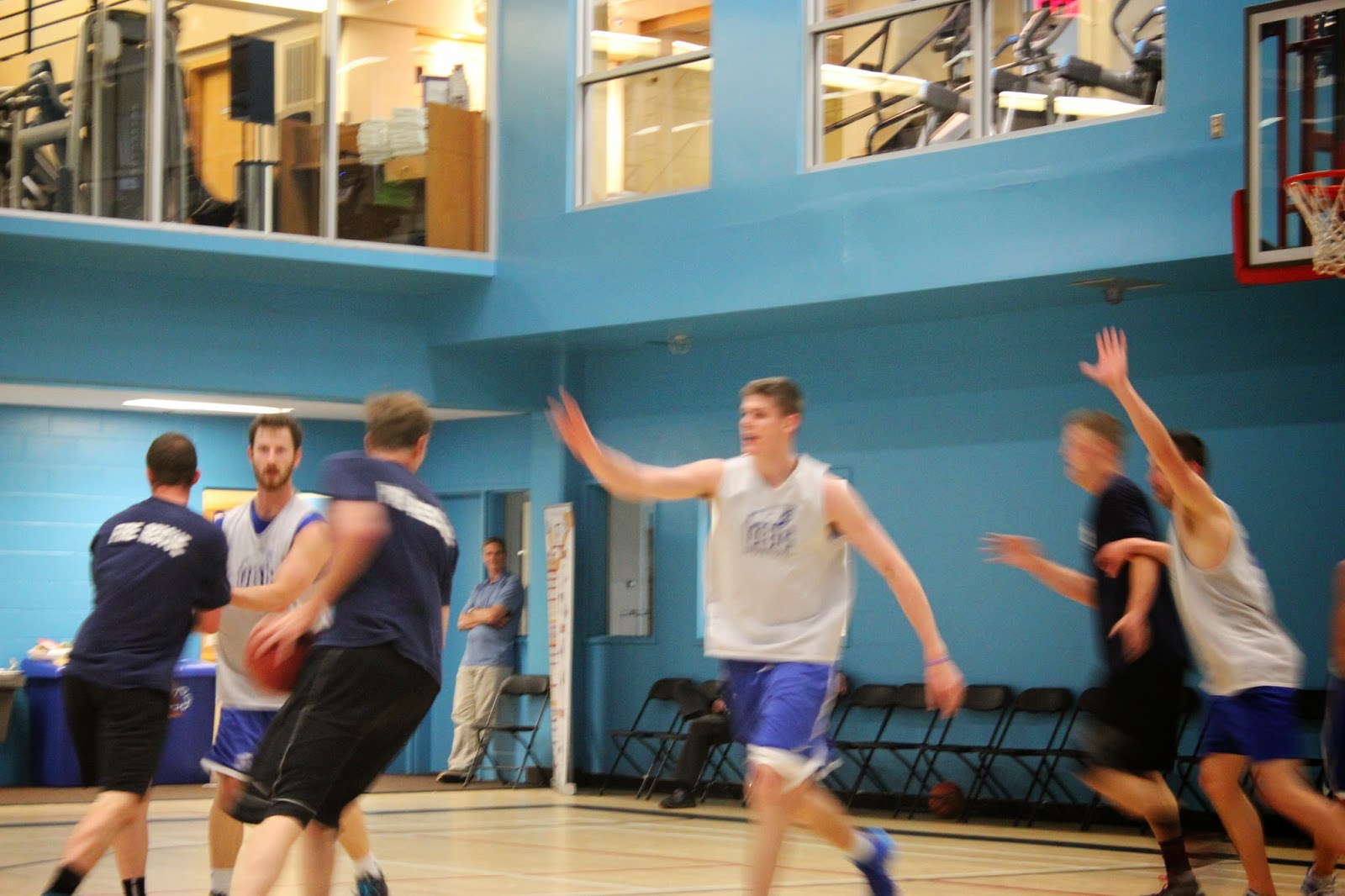