I love amusement parks. When Eric and I were in Florida over our 20 year anniversary a couple of years ago, the one thing I wanted to do with our day was go to Universal Studios...even though we had just spend four of the previous five days at Disneyland.

So. I love amusement parks. But Eric and I found something new. An amusement park for grown ups. No rides or costumed mice. Some line ups and lots of princesses, though. Napa Valley. Specifically Yountville.

After visiting with our dear, dear friend Holly in San Jose last October, we took the bull by the horns and booked a trip to Napa, hoping she and Craig would join us (help us, teach us, lead us to the beauty of Yountville).

Holly and Craig's friends own a spectacular house a hop, skip and a jump from the centre of town, which is where they were staying. We had a room at a bed and breakfast kitty corner across the street.

And so it began. 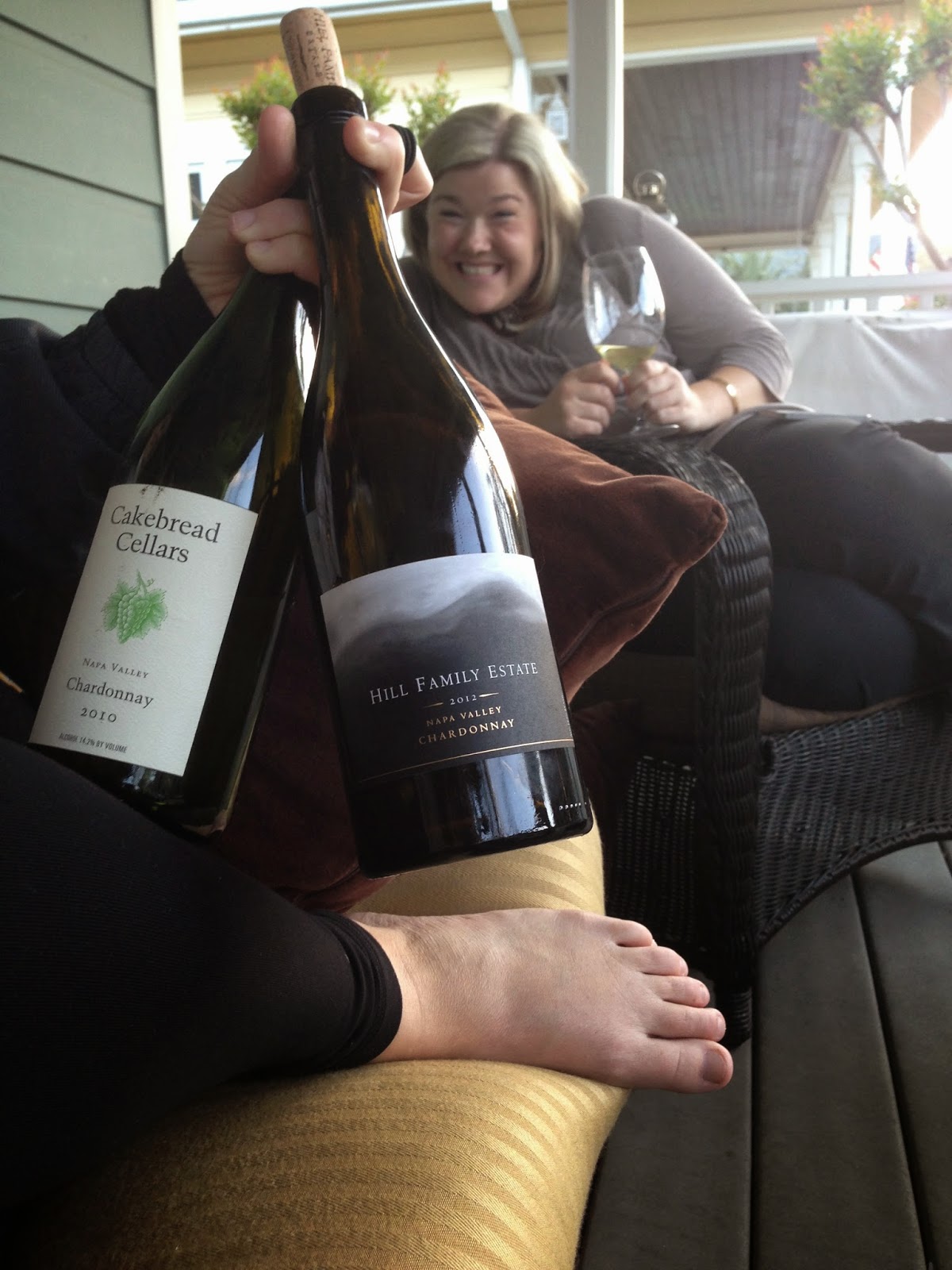 We started on the front porch of the house with some wine (Cakebread and Hill Family...see above). Then, a quick five minute walk away to Lucy in the Bardessono hotel. Holly and Craig had a gift certificate, so they asked the executive chef to bring out his choice of dishes.

A parade of delicious ensued. 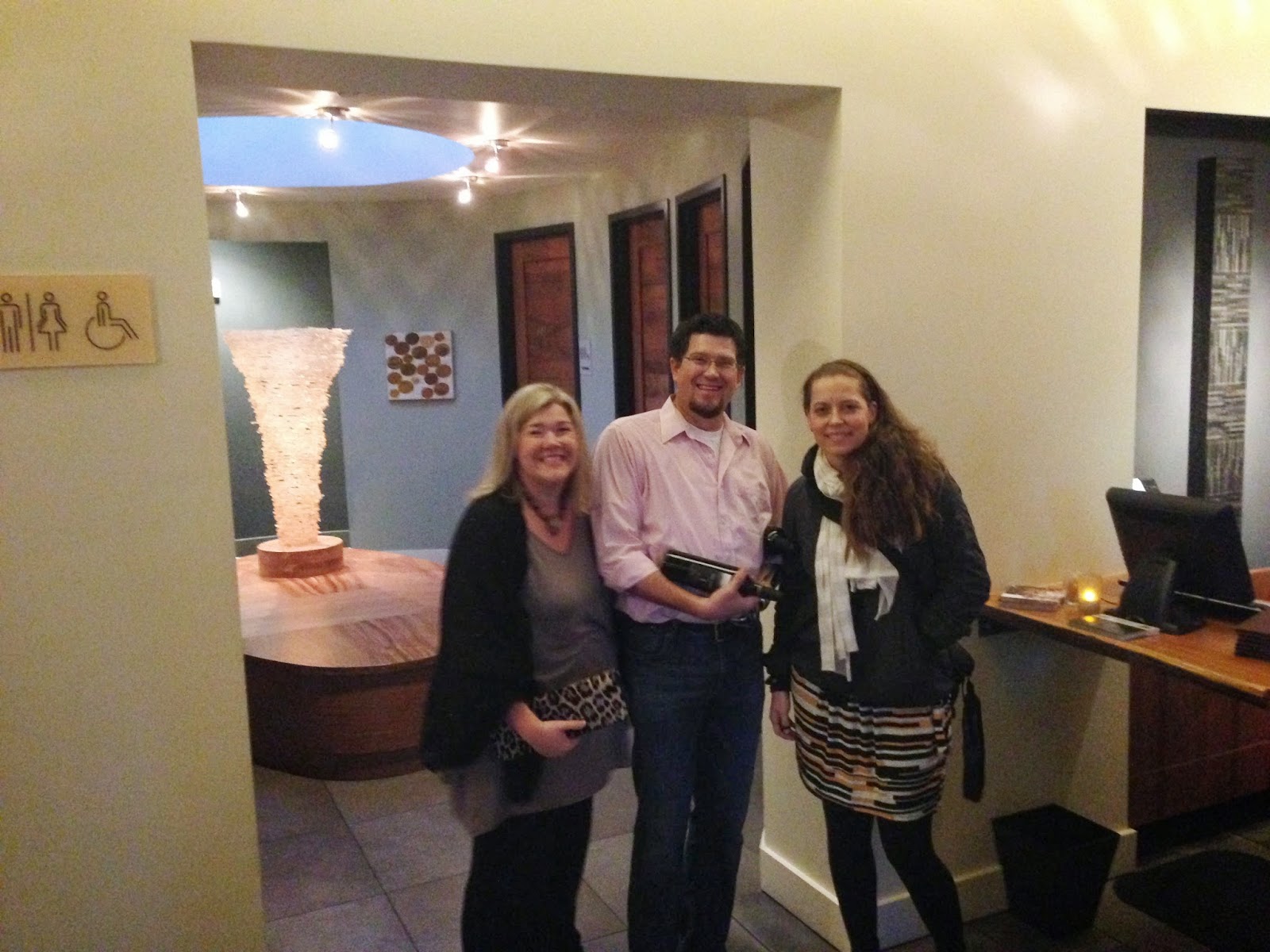 My best dishes of the night were the gnocchi, the scallops and, surprisingly, the antelope. Yep. Antelope. It was really good. 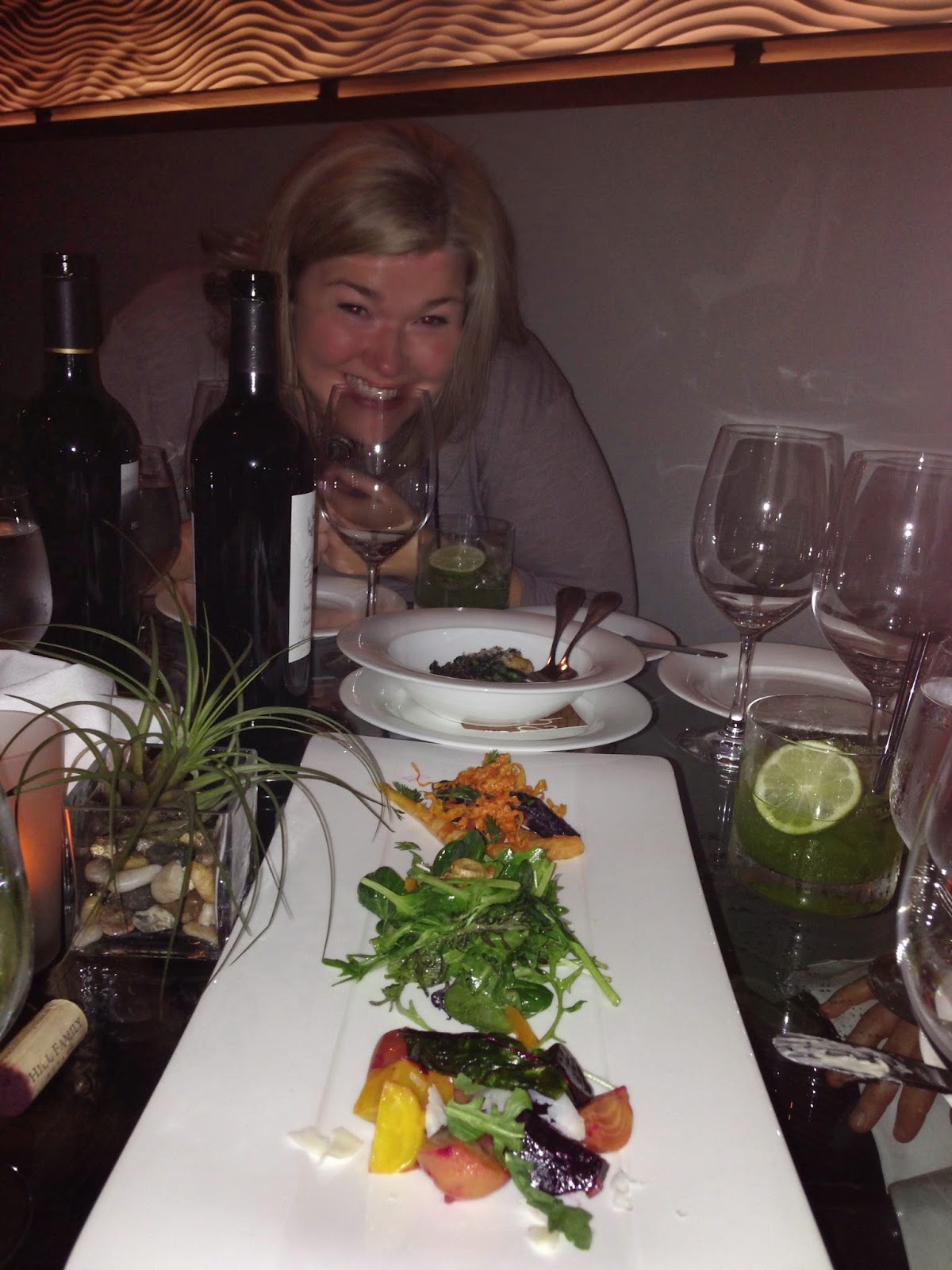 Even better than the food (if that's possible) was the company. We laughed and laughed (and poured and poured). 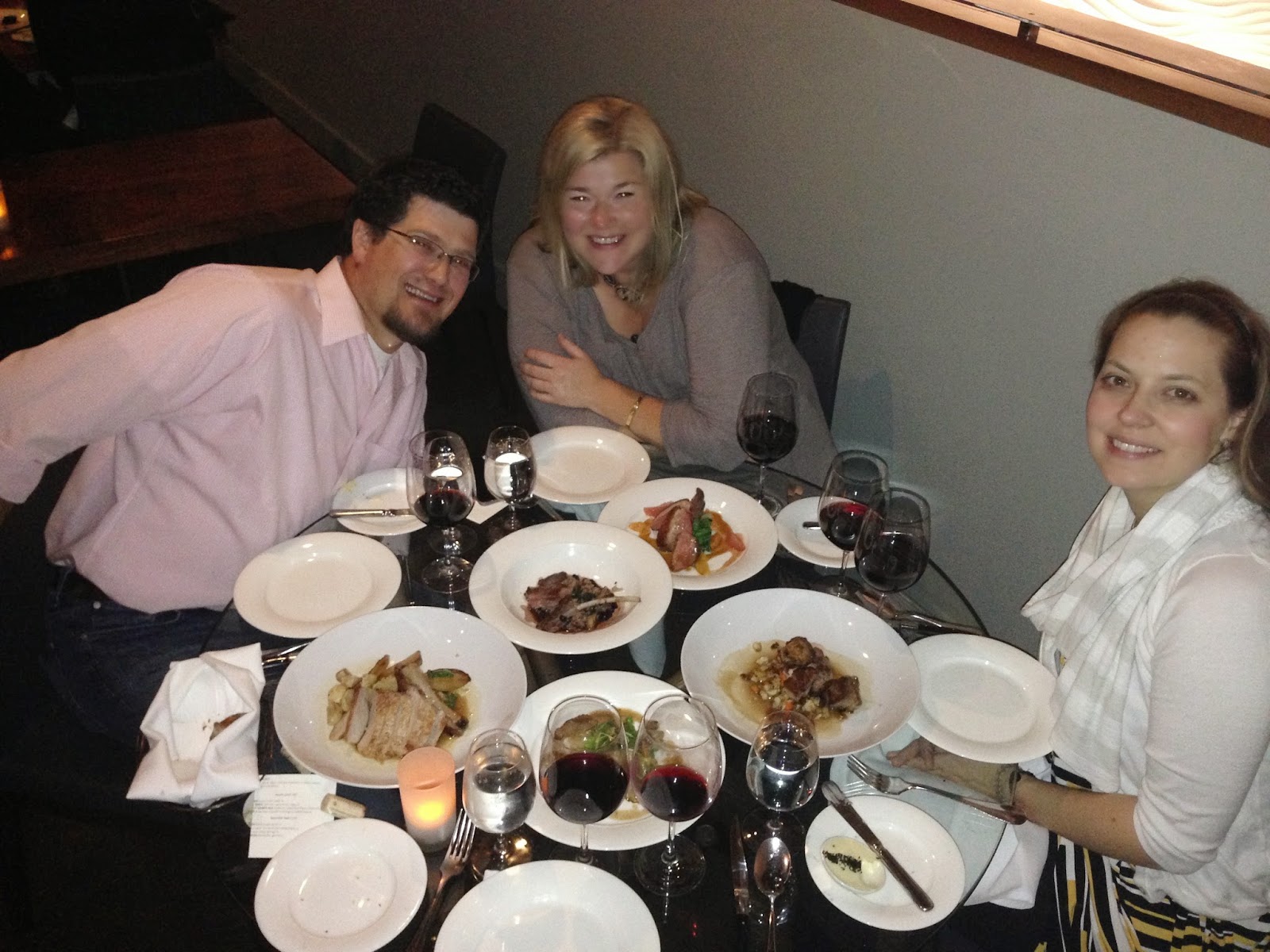 After dinner, we walked back to the house for more drinks and a game of Cards Against Humanity. It was the best. If I had known how grim I would feel the next day, I might have held off on the last couple of cocktails, but no...I wouldn't change a thing about the night. Sometimes you have to accept with grace the consequences of a great time. 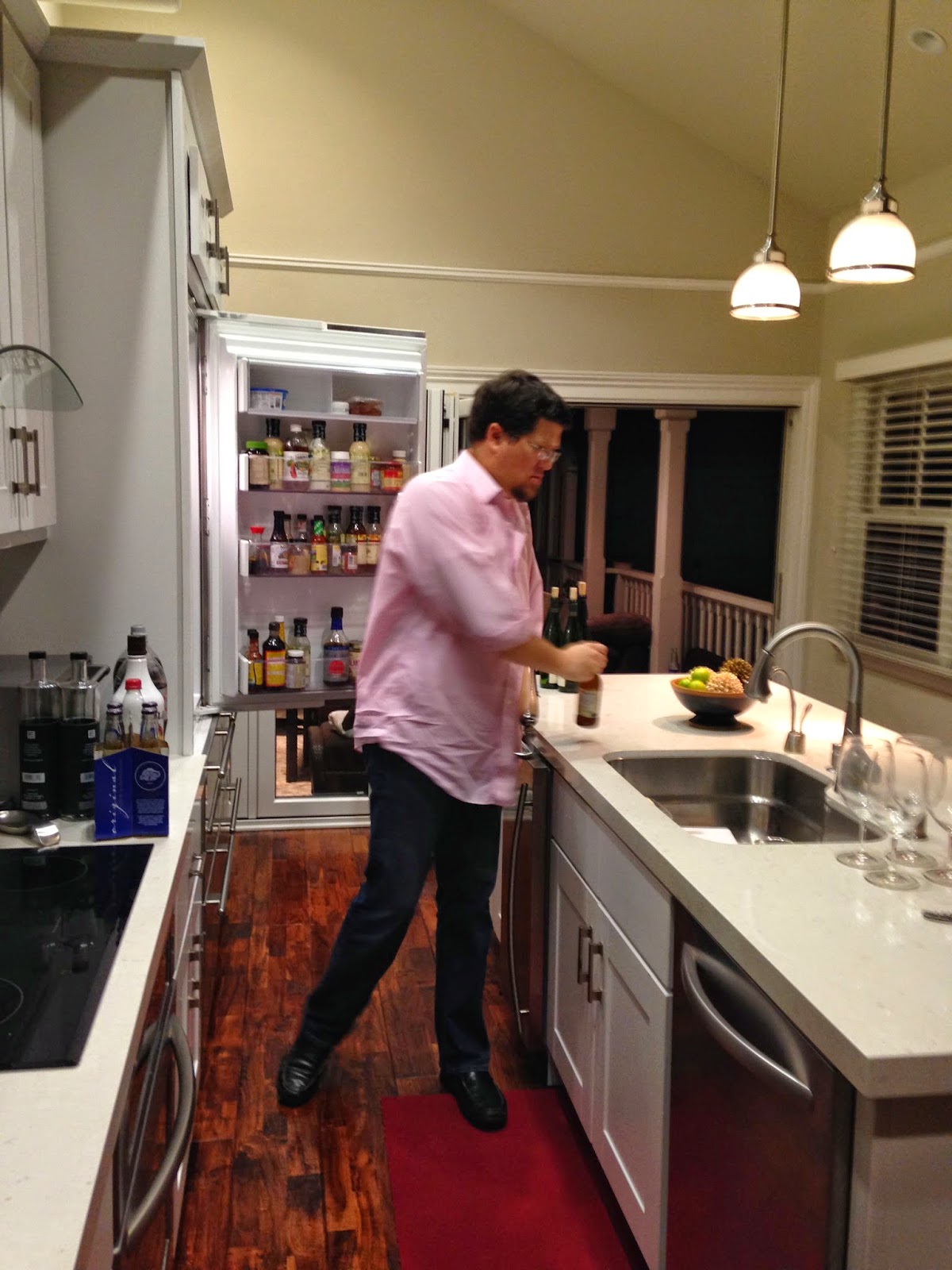 Posted by Ericandles at 9:54 PM

FUN! love the last couple of posts - bball, bird girl... but this one especially. :)