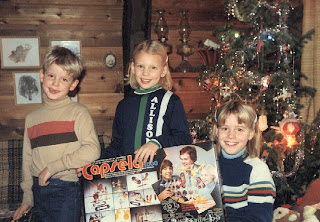 Allison Butler came into the world on a beautiful warm August day in 1972 and has been like a ray of sunshine ever since. She had an indomitable spirit, so strong that nothing this world would send her way could suppress her smile.

Alli was an athletic, intelligent, imaginative girl who loved life. She was a fantastic older sister, daughter and friend. Her self-confidence and humour drew people to her at an early age and she became a centre of her family and community.

The accident in 1983 brought a lot of pain and suffering to Alli and those in her life. And yet, through this tragedy Alli's irrepressable spirit shone on and found a way to touch many people's lives. People who knew nothing of the gregarious, beautiful little girl who Alli had been found themselves touched by her. They recognized and admired Alli's strength, courage and love of life, which allowed her to live another 24 years.

Perhaps nothing displayed the strength of Alli's spirit more than the way she died early Tuesday morning. While losing a battle with a chest infection, Alli had to fight hard just to breath a couple of times a minute. With sheer will and determination, Alli held on for hours until all of her family could be around to say goodbye. Minutes after this happened, she just let go. Alli had a difficult journey but it wasn't in vain. She left behind a wake of energy in the lives of many people. Her strength, happiness, and love of life will live on through her family and friends.

I am proud she was my big sister.
Posted by Ericandles at 10:38 AM

Thanks for this. I've often wondered about how Allison was doing. She was a great goalie and team player.
-Christine, former Kerrisdale Crushers teammate