I have always found November to be one of the worst months in Vancouver.  It's not that the weather is much worse than January or February, but it is the knowledge that the days are getting even shorter, colder and even rainier before they get any better.  So when I started working as a fire fighter and realized that, because of my low seniority,  I wouldn't get to have holidays in the middle of summer for many years, I wasn't too disappointed.  I would get to have some great November holidays.

However, for the plan to work, as parents Les and I had to be willing to take the kids out of school in the middle of the year.  With a very supportive principal and teachers, as well as an unfulfilled interest in the idea of homeschooling, it hasn't been hard for us to play hookey for almost the whole month. The kids, particularly Finny, have made it even easier on us.  She was given 20 pages of her math book to do during our absence and was finished them all less than 2 hours after her last day of school.

Both of the girls love reading and writing so much that we're not too concerned with the language arts.  They will spend hours writing in the journals, drawing in books and reading chapter books.   Molly recently finished A Prairie as Wide as the Sea and Finny just finished The Littles yesterday.

Math however, has been a bit more of an issue in our house.  Although both of the girls are getting better, neither of them have a natural affinity for numbers.  It almost seems like they have never needed to calculate anything so they don't have any context for what they are learning.  As they get a context, they seem to be getting a lot better.

In order to make a month long trip financially feasible, we needed to make some compromises to our travel itinerary.  The first part of that was flying out of Seattle even though it added an extra 3 hours to our trip....bringing our total travel time to 21 hours.

Here we are in Seattle airport, with everybody still fresh and eager to start our trip. 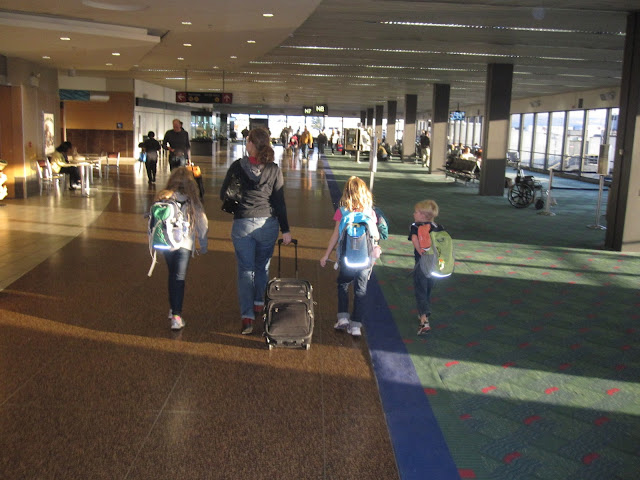 Lukey started chatting to the pilots on his way by the cockpit and was invited in to try flying the plane. 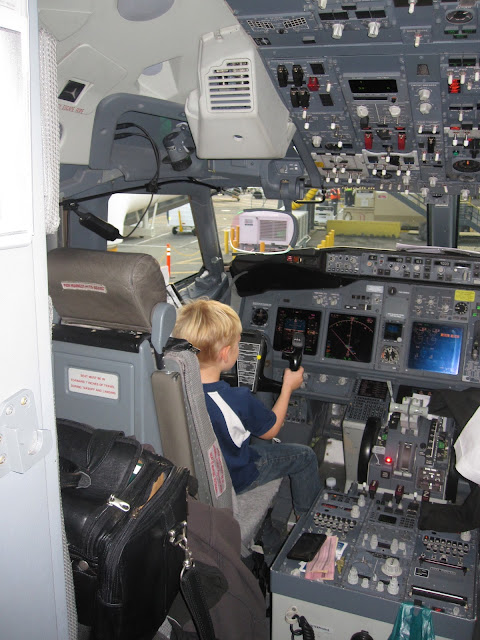 The next compromise was having a stop in LA for 4 hours before catching a red-eye to Orlando.  Although many people would consider this living hell with 3 youngsters, our children were so excited to get to "sleep" on a plane that we knew we could expect good behaviour....or threaten that a trip like this would never happen again.  Apart from a mild meltdown when Molly wasn't in a prime position to rub one of her parents arm, the kids were fantastic.  We slumped together in two rows and all managed to get a couple of hours of fitful plane sleep before arriving in Orlando early Monday morning. 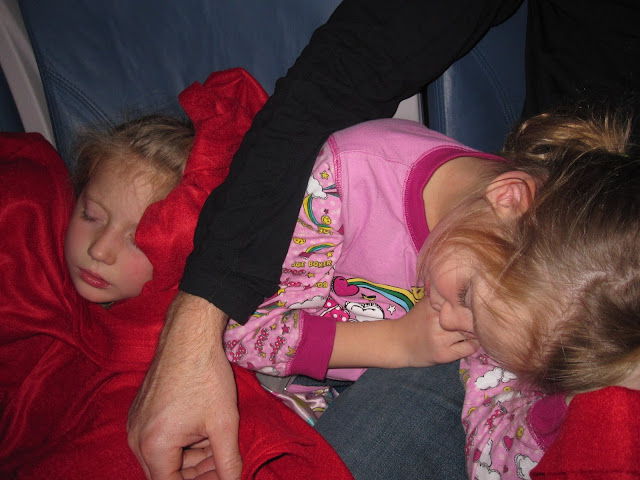 While most of the rest of the trip has been well documented by Les, the one thing she didn't post was the pictures from our anniversary date on November 10th.  My mom took the kids for the day and hung out around our hotel, swimming and shopping at local gift stores. 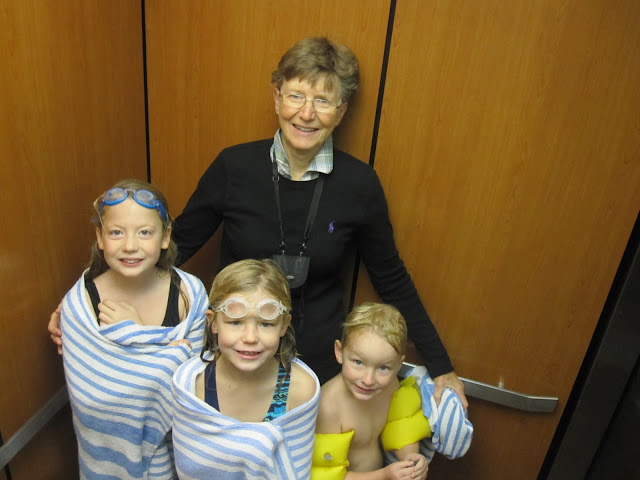 Our first date was November 11th, 1991 to the Laser Zeppelin show at the Planetarium.  We have been somewhat negligent celebrating this date over the years, but we weren't about to let the 20 year mark pass unnoticed as well.

We headed for Universal Studios, Islands of Adventure.....because 5 straight days of different Disney parks weren't enough for us! 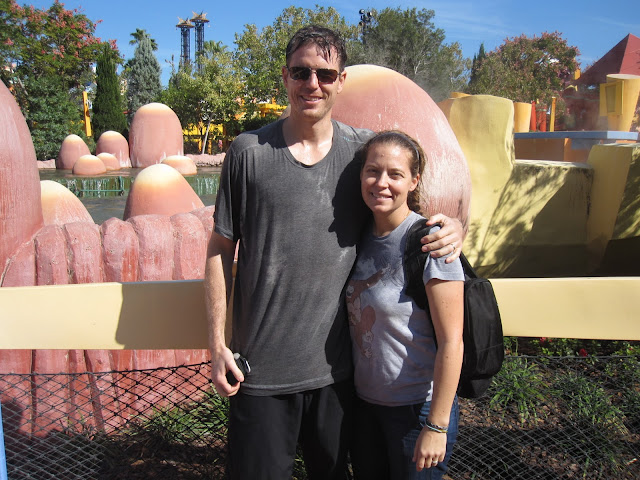 Luckily we had a beautiful day because there were plenty of rides that left us drenched. 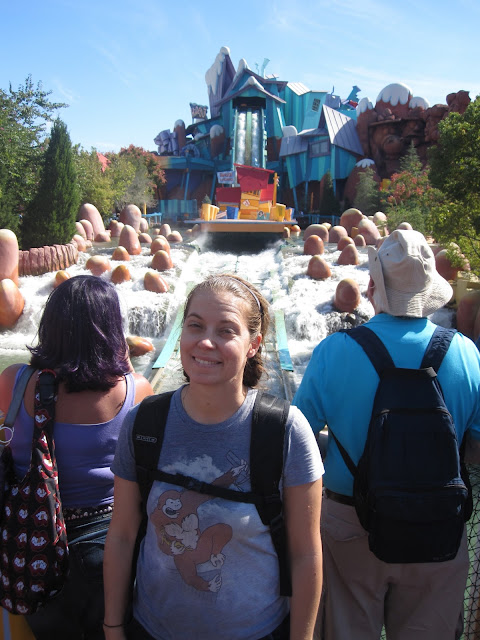 We had heard a lot of hype about the Harry Potter/Hogwarts part of the park, so were pretty intrigued to see if it lived up to our expectations.  I'm not a huge Harry Potter fan, having stopped reading/watching any of the episodes after the 3rd part.  I have to say though, I was really impressed.  The village was very authentically done and it had a great roller coaster.  The real highlight though, was Harry Potter and the Forbidden Journey.  As a connoisseur of great amusement parks, I would have to say that this is the most original, mind blowing ride I have been on in my life. 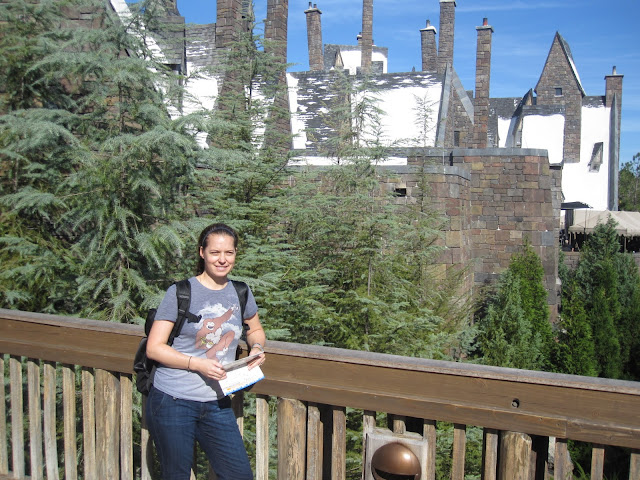 All of the ride takes place inside this castle and mountain. Imagine riding in a man lift that moves around the castle, slams you from 60 feet in the air to the ground in a flash, puts you into omni max type of surround screen where it looks and feels like you are playing Quiddach with Harry Potter for 30 seconds before moving to a hallway where realistic animatronic figures interact with you.....etc, etc.
It's an unbelievable ride that is worth the price of admission on it's own. 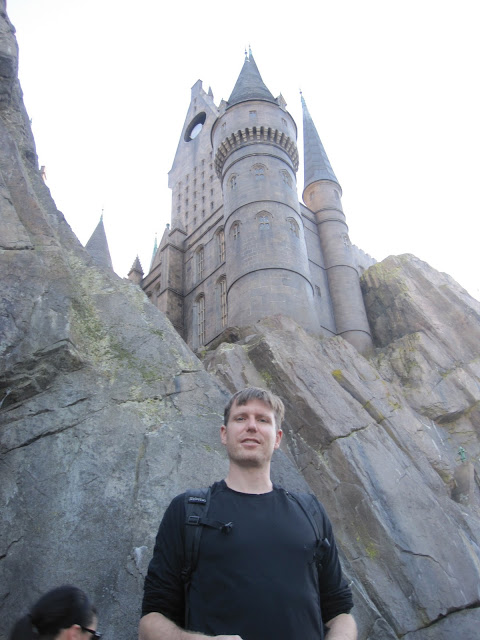 We had a fantastic day, just the two of us getting to play together in the sunshine.....like life used to be for the funseekers. We went out for a nice steak dinner in Orlando before calling it quits in time to get ready for Hollywood Studios the next day. 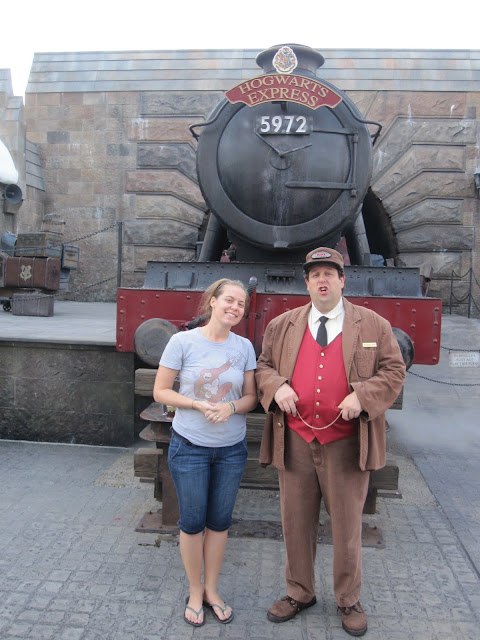 Posted by Ericandles at 5:12 PM