The Key to Miami (actually...it's our trip from Miami to the Keys...just a really lame pun)

The only day of trip without a bright blue, sunny sky. We woke up in Miami Beach to an overcast horizon and the promise of rain.

Undaunted, we headed out. Our plan had been to tour the city, not hit the beach itself...so, no the weather barely registered. 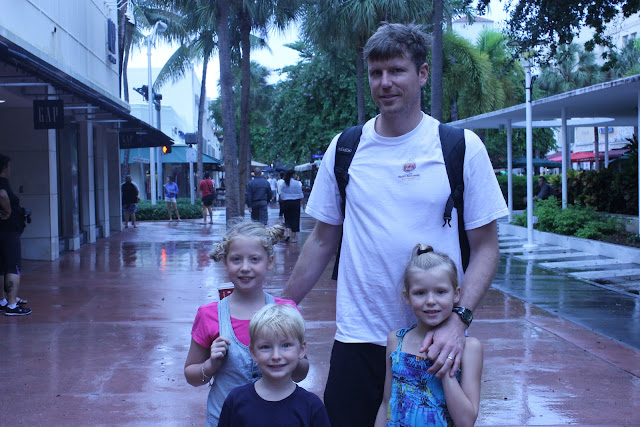 We planned a nice walk along the pedestrian mall of Lincoln. For lunch, we bought things for a picnic. We didn't anticipate the deluge we got. Instead of the urban chic, open air picnic I imagine...we huddled under a Pottery Barn awning and scoffed down peanut butter sandwiches and ice cream sandwiches.

We still had a really nice walk. And, since it is Miami, the temperature remained warm and toasty in spite of the clouds and showers.

The beach itself, however, was deserted. 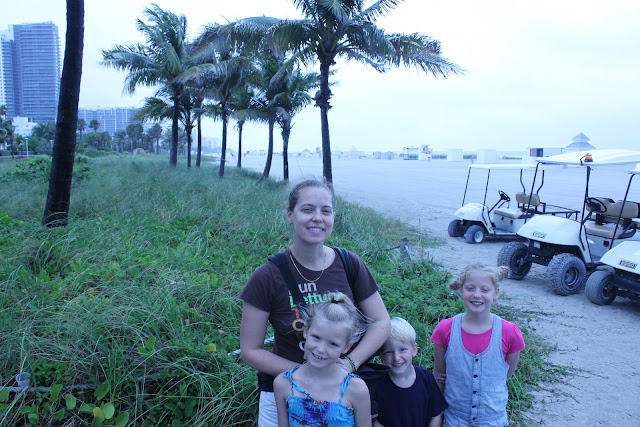 After a few hours of touring Miami, we headed up the coast to the Hollywood area to meet up with my mom and dad. They'd arrived the night before, but were staying in a different hotel from us (and...a little nicer). We hung out in their room for a while, then headed out for dinner to celebrate the next part of our trip: we were heading to the Florida Keys the next day for our week together in a rented house in Marathon.

We went to the Cheesecake Factory. I had never been there. Wow. The meals were so tasty and the portions were huge. Eric said his salad was one of the best he'd ever had. And, he couldn't finish it. 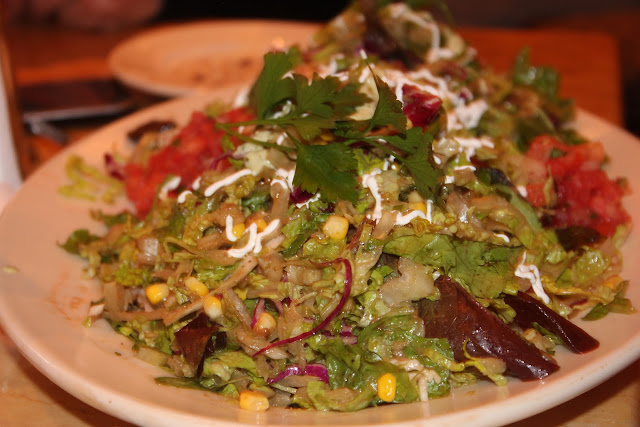 Next stop: Marathon in the Florida Keys! 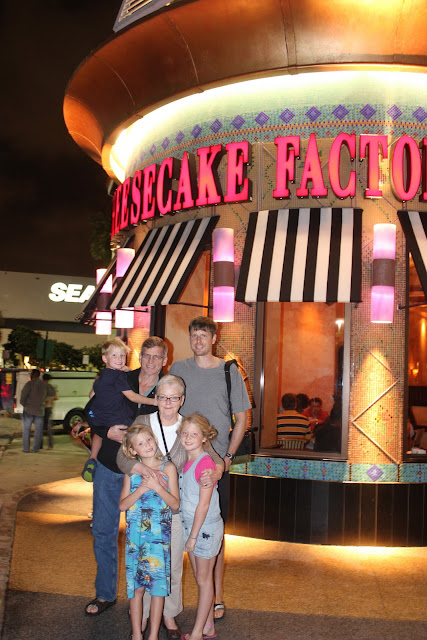 Posted by Ericandles at 6:11 PM