Finny's actual birthday this year fell on the day of the BC Pentathlon championships. We figured this would have to bring her some excellent luck. Not that she needed it...but she did have three personal bests (long jump, shot put and 600m) on this day.


Finny laid it all out in the final race. The sun was beaming down and she was really pushing. I don't think I have ever seen her this spent after running. 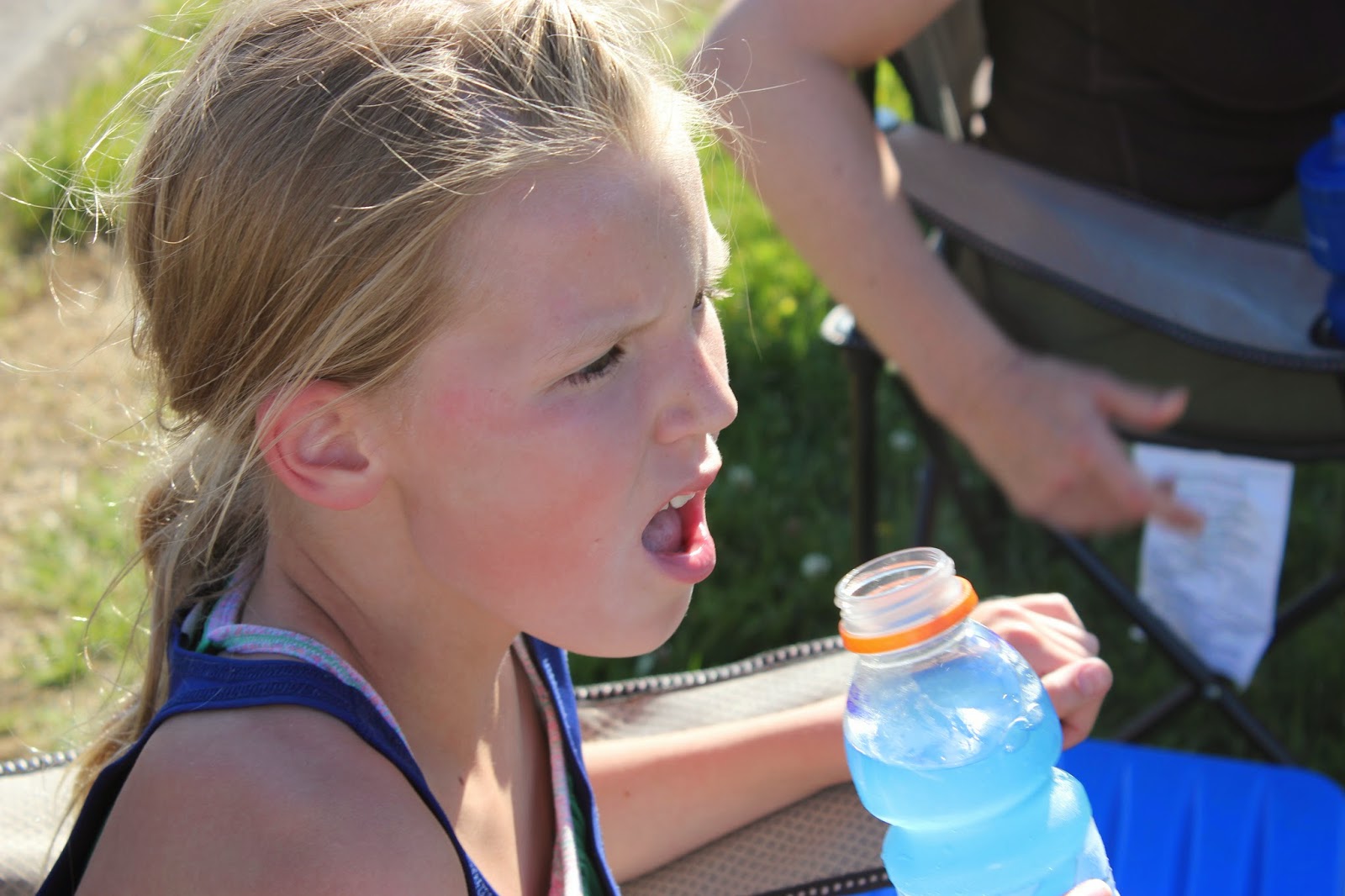 It was good enough for a sixth place finish! There was a strong field of girls out that day, so it was an excellent result! 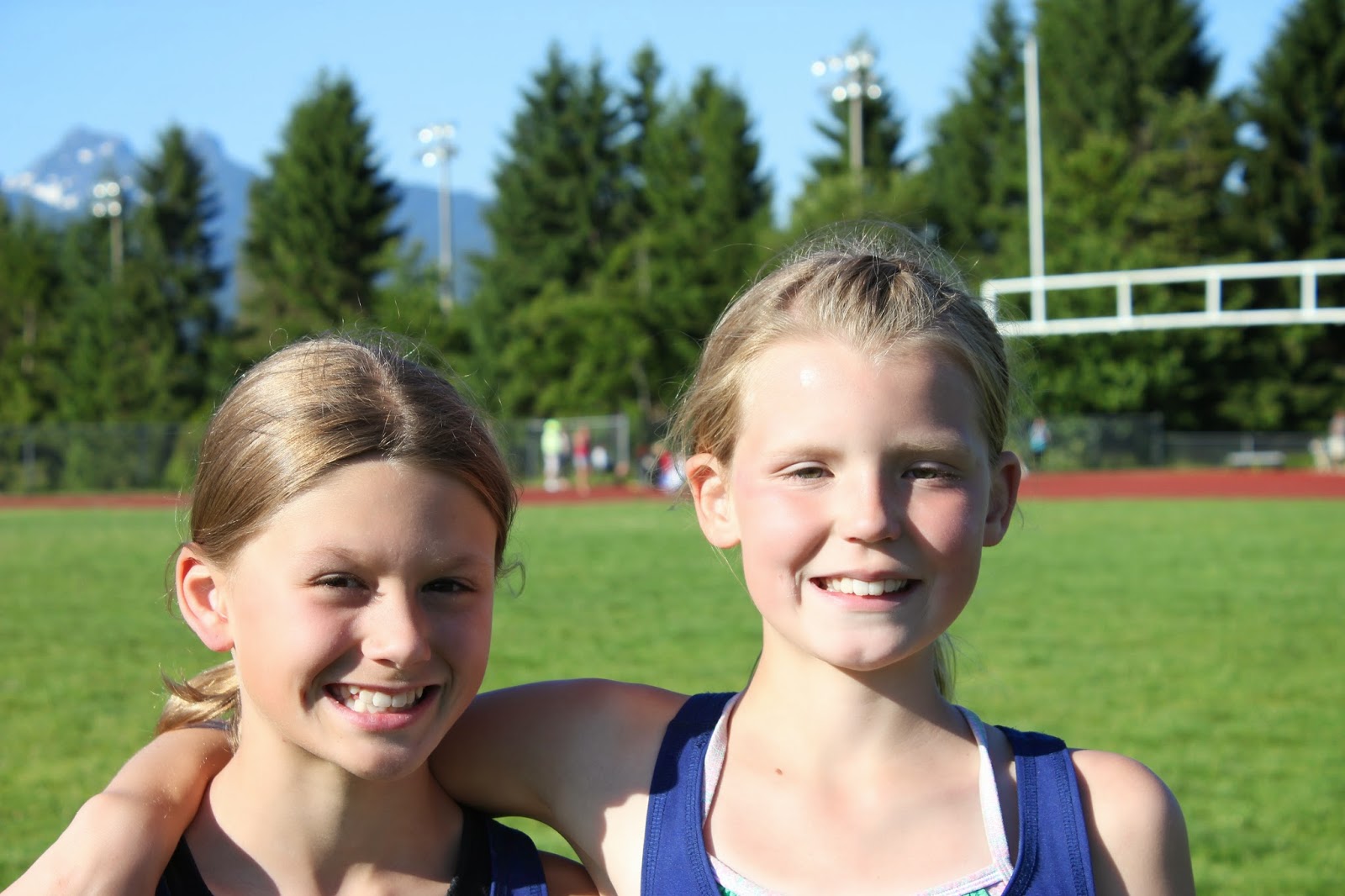 The following day, we held Finny's annual massive birthday party. As usual, she invites everyone...every. one. There were over 40 kids and a slew of adults.

We started with an egg toss. It was messy. 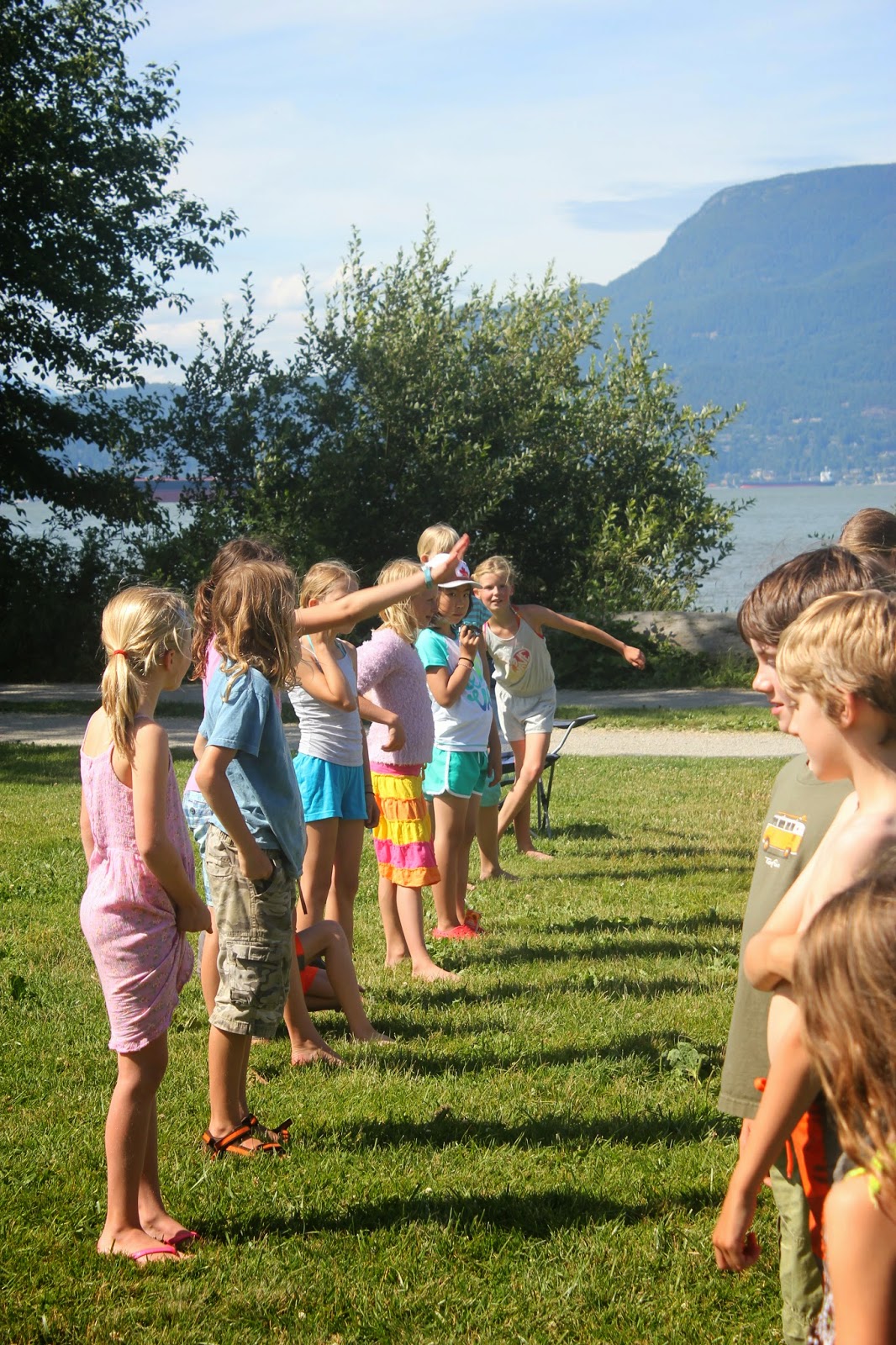 Pairs were made up of all ages and mixed genders. It is such a great group of kids. 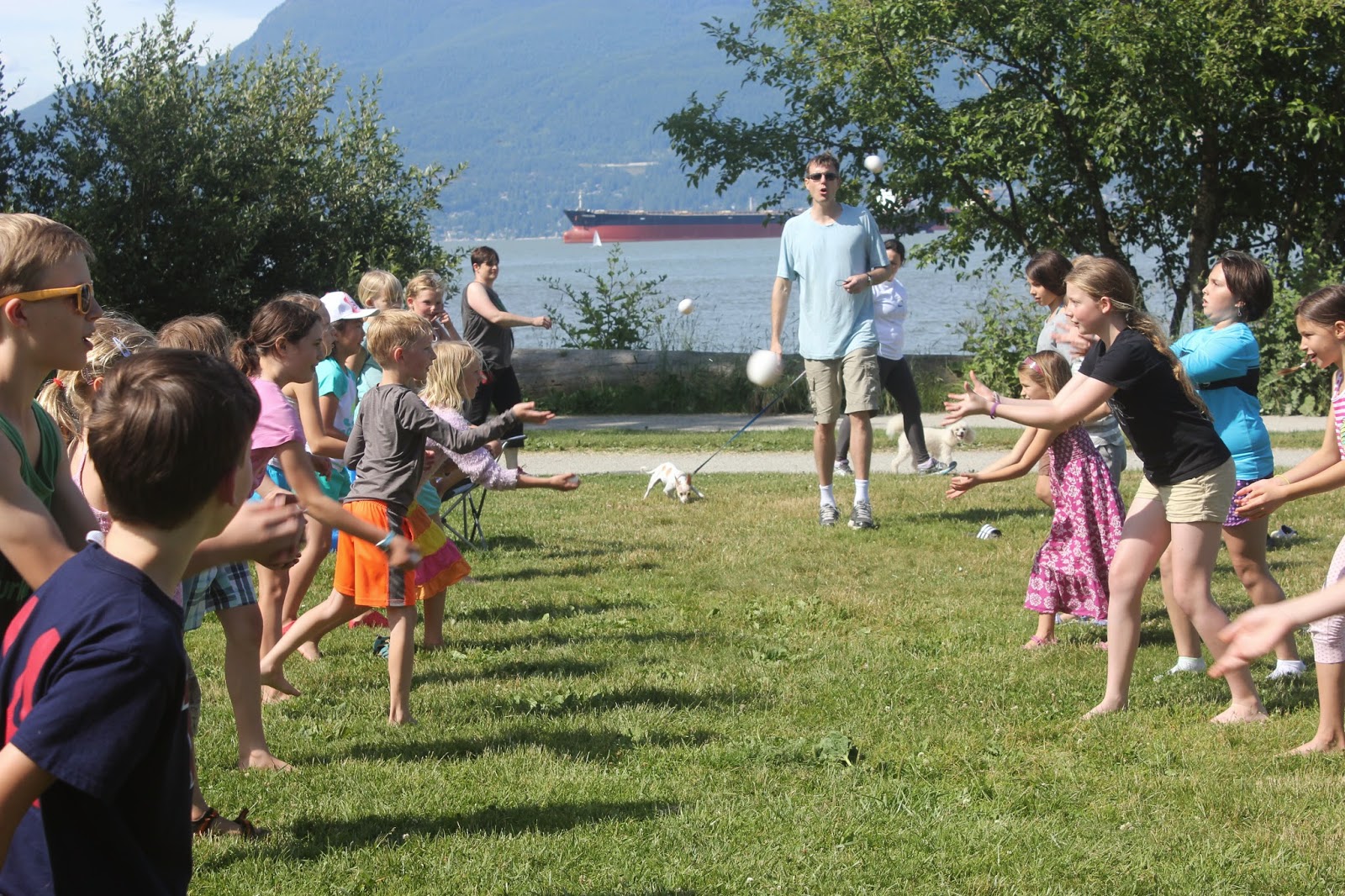 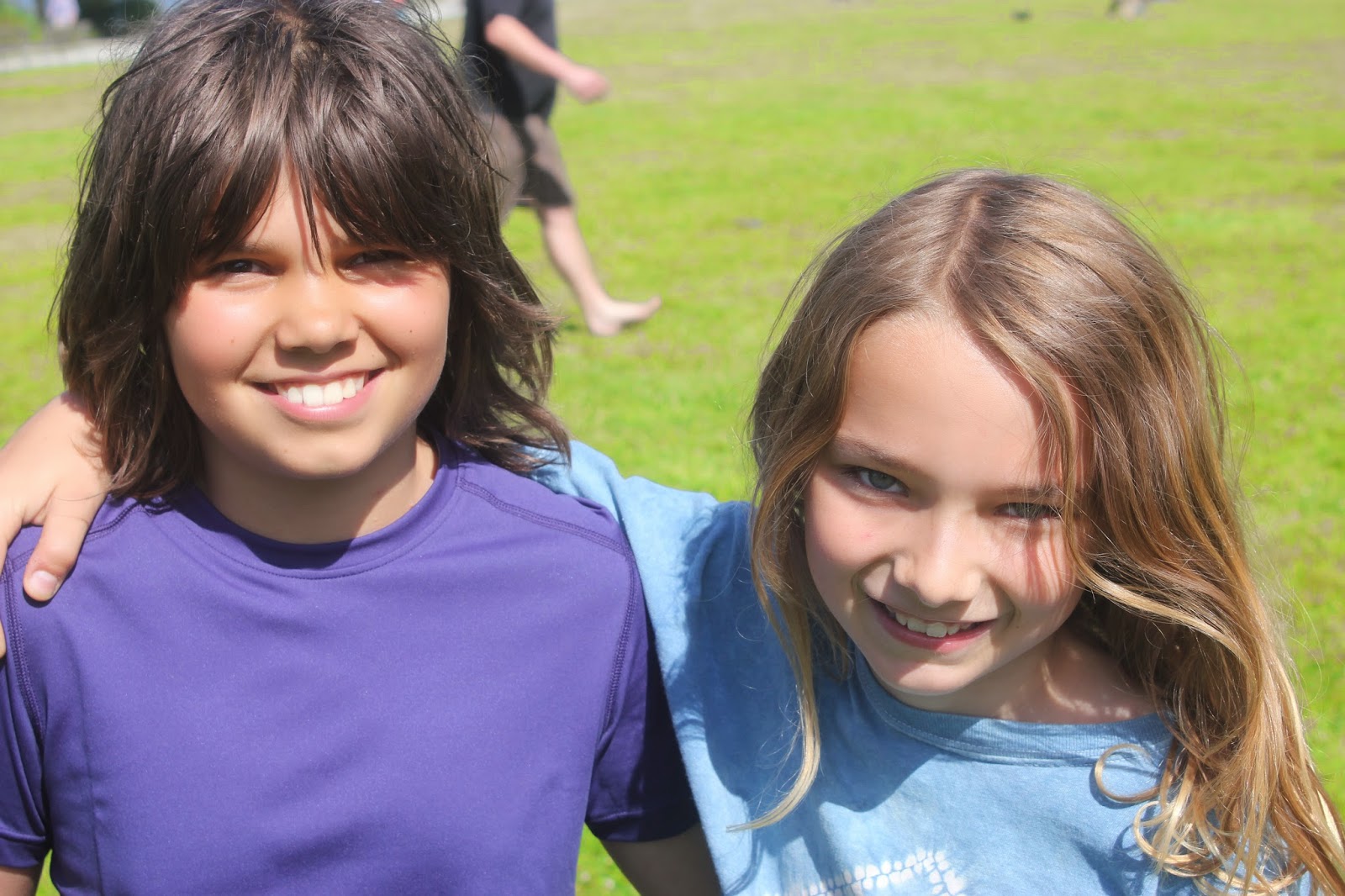 Our birthday girl. You can still see a shadow of the scar that Finny scored by wiping her face off on the track during a hurdle mishap in practice. Oh, for young skin. That kid healed up so quickly... 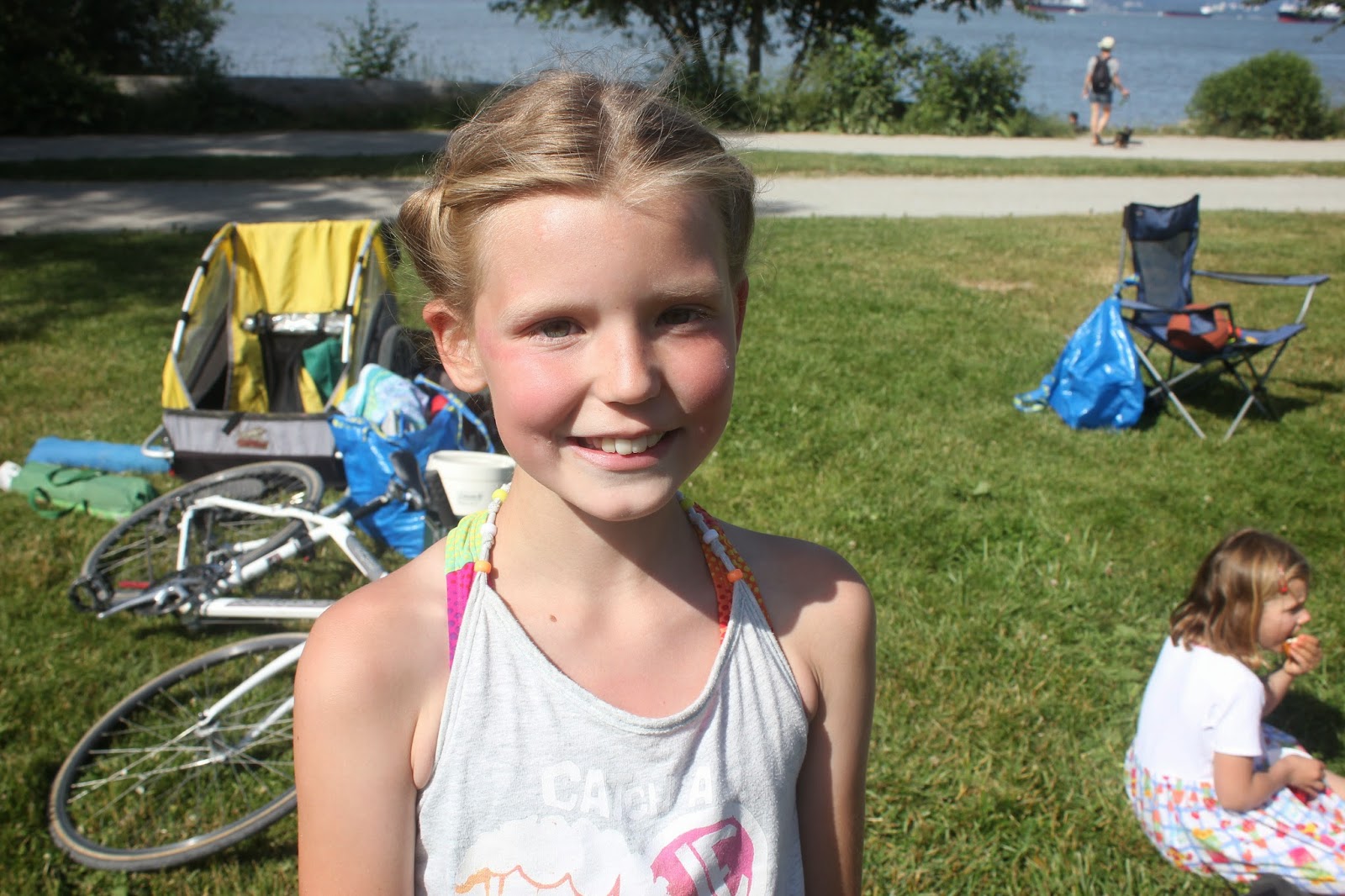 There was swimming for the brave... 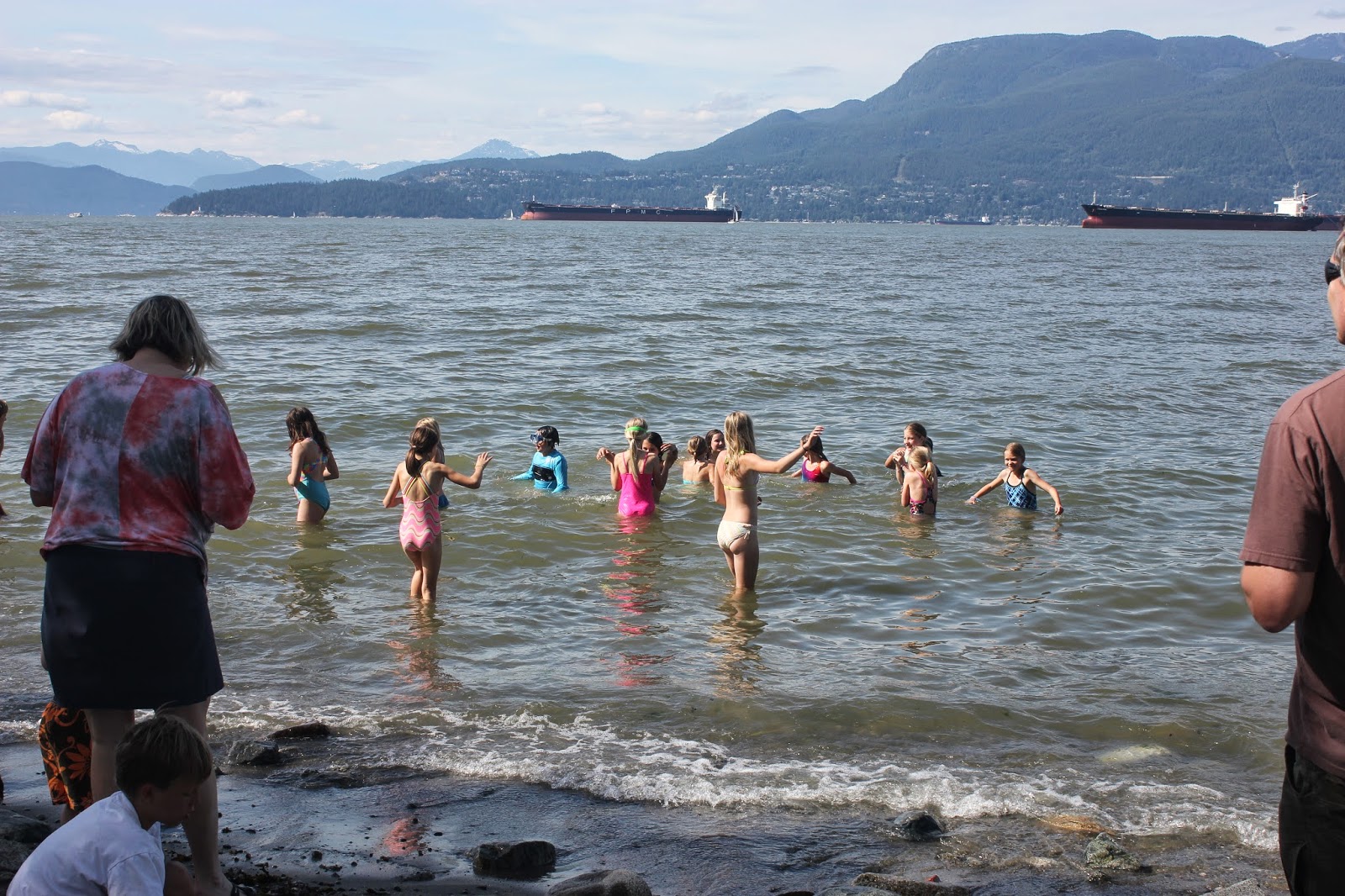 Finny was really happy to have a cameo guest appearance by her good friend from the Thunderbirds, Jessica. 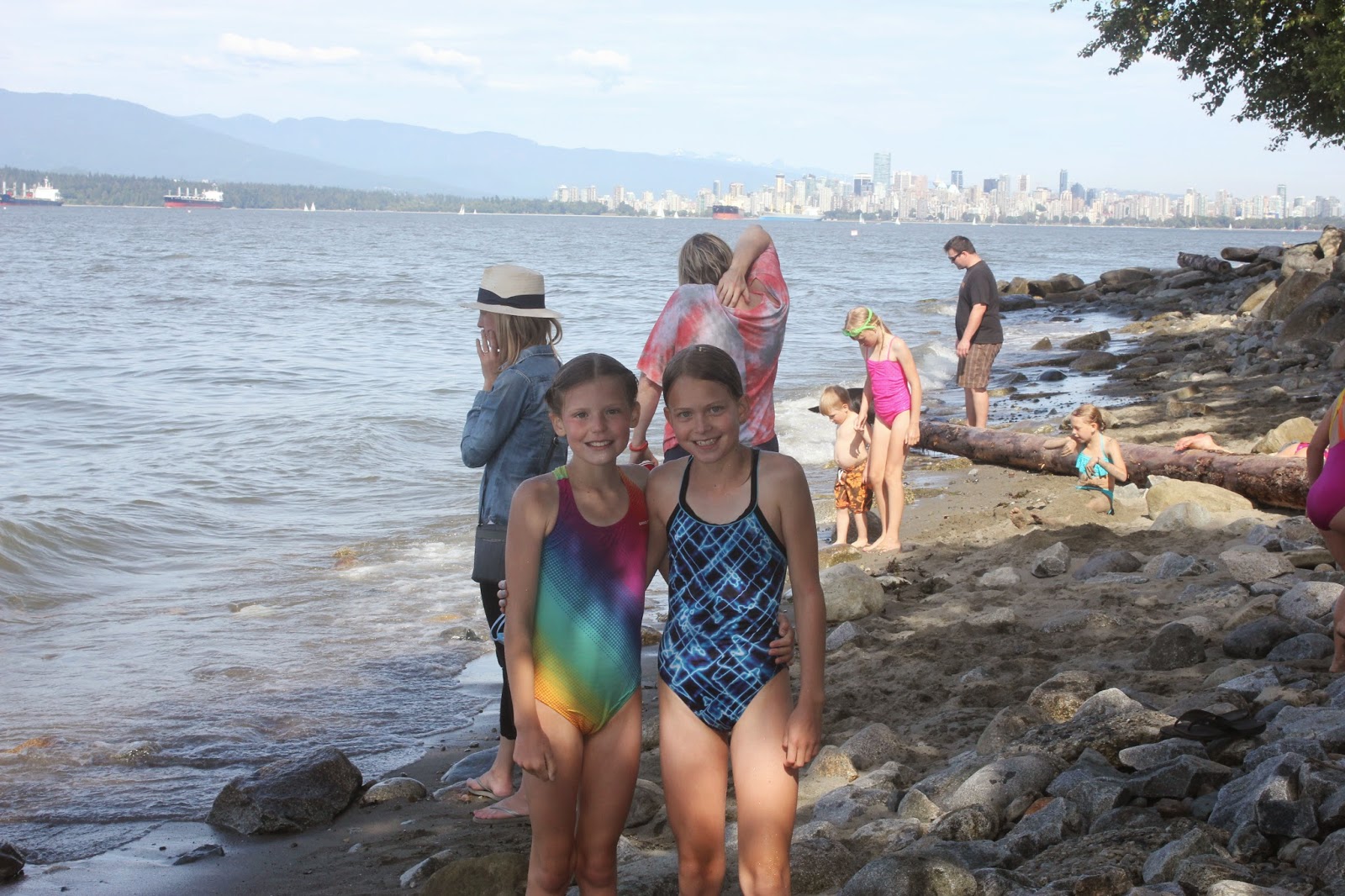 The "Happy Birthday" song was sung at a deafening pitch. 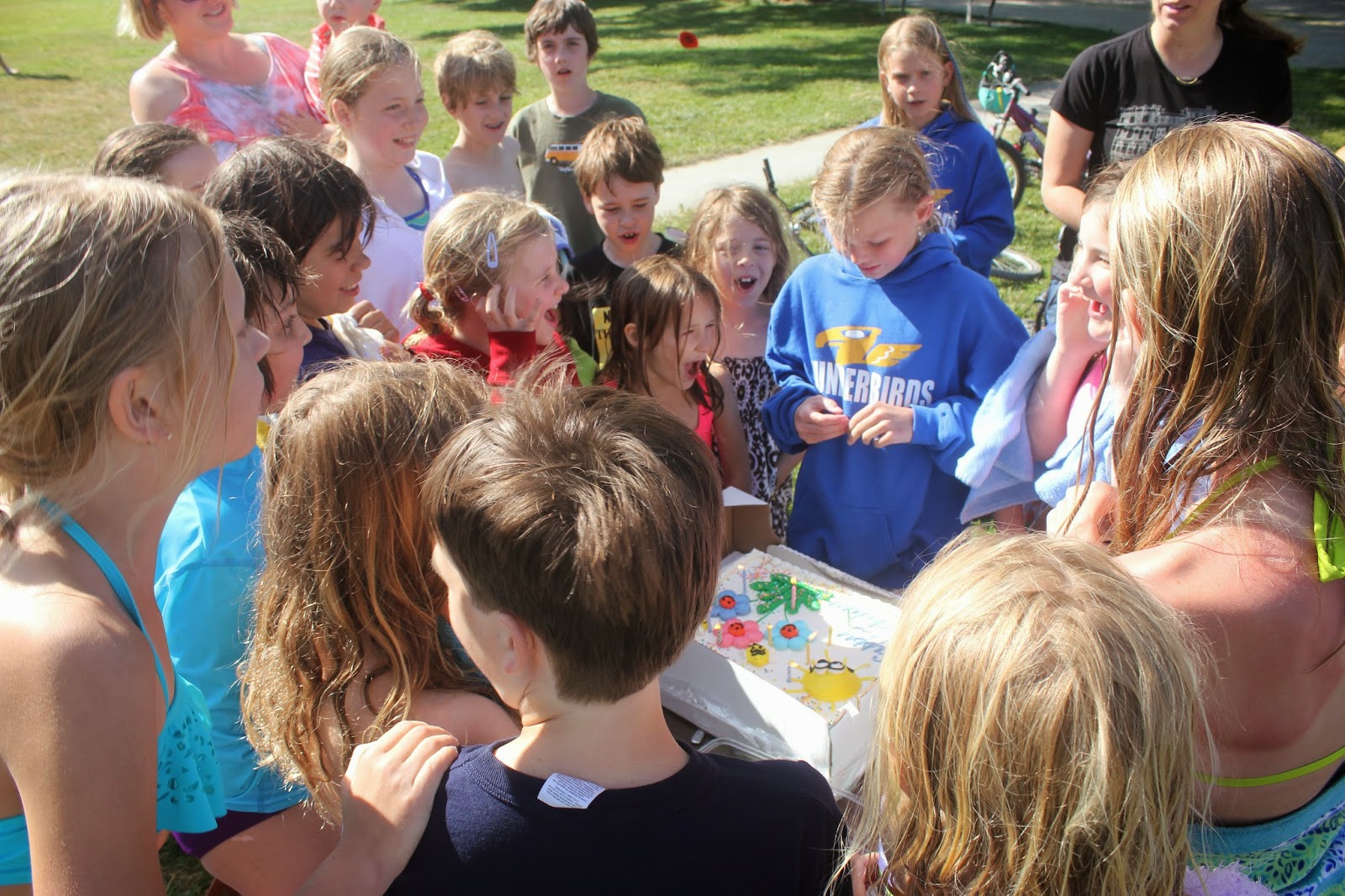 We were spread out on blankets and towels under the huge trees down at beach and it felt like an amazing community experience. 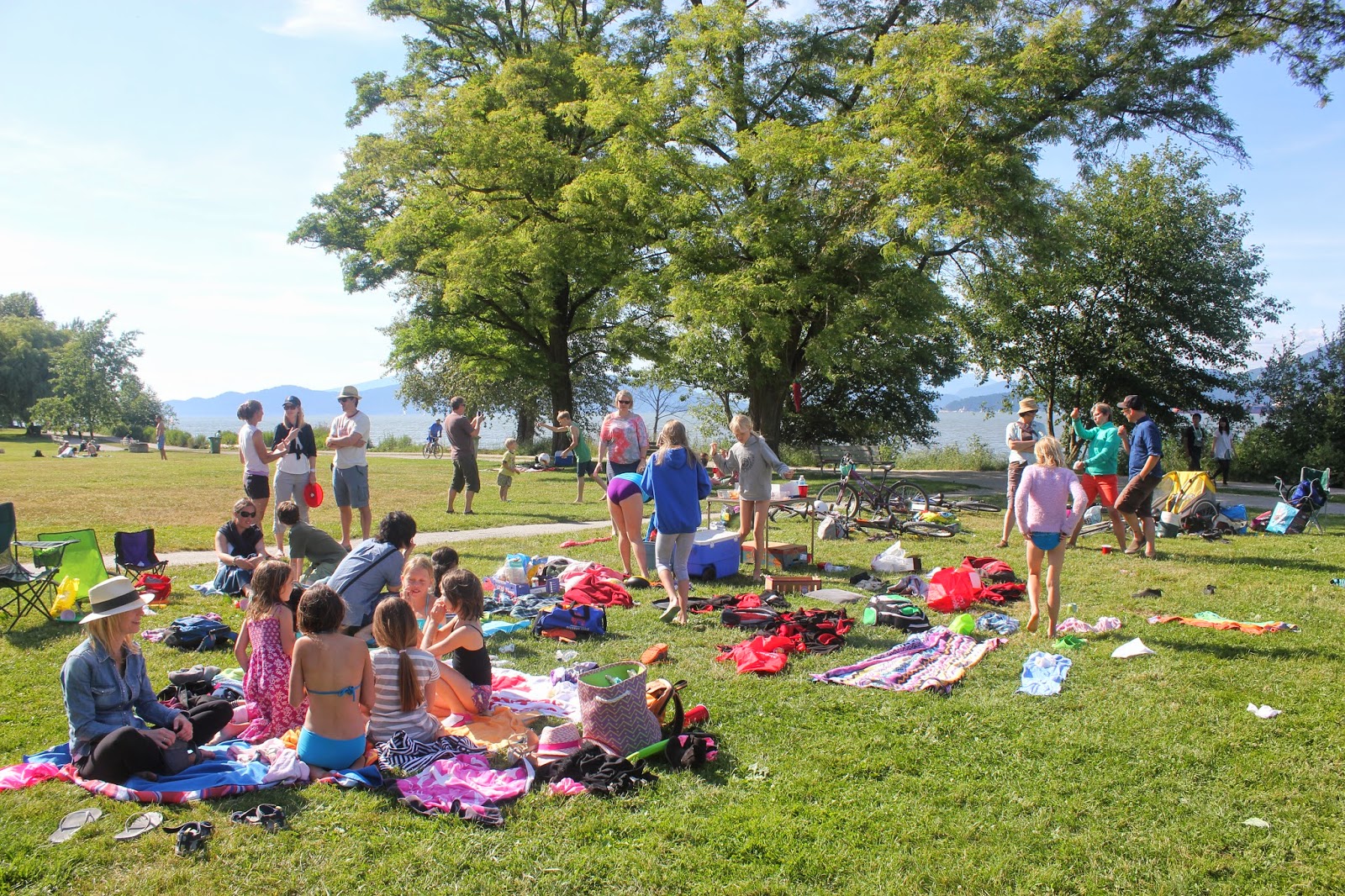 The line up for hitting the piñata was long...but that hardy little chilli pepper held on through the whole line. Pretty amazing, because there were some very determined kids... 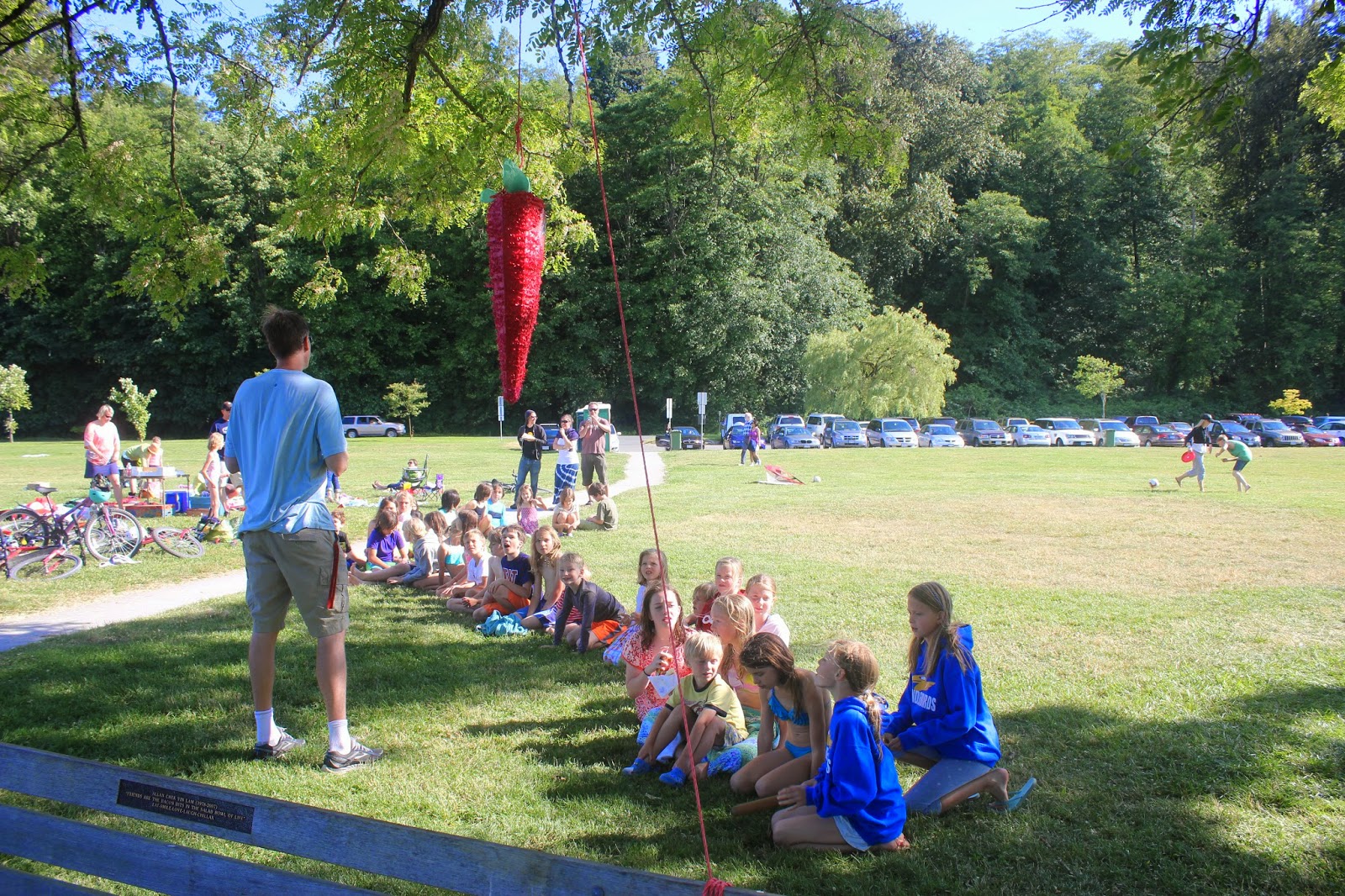 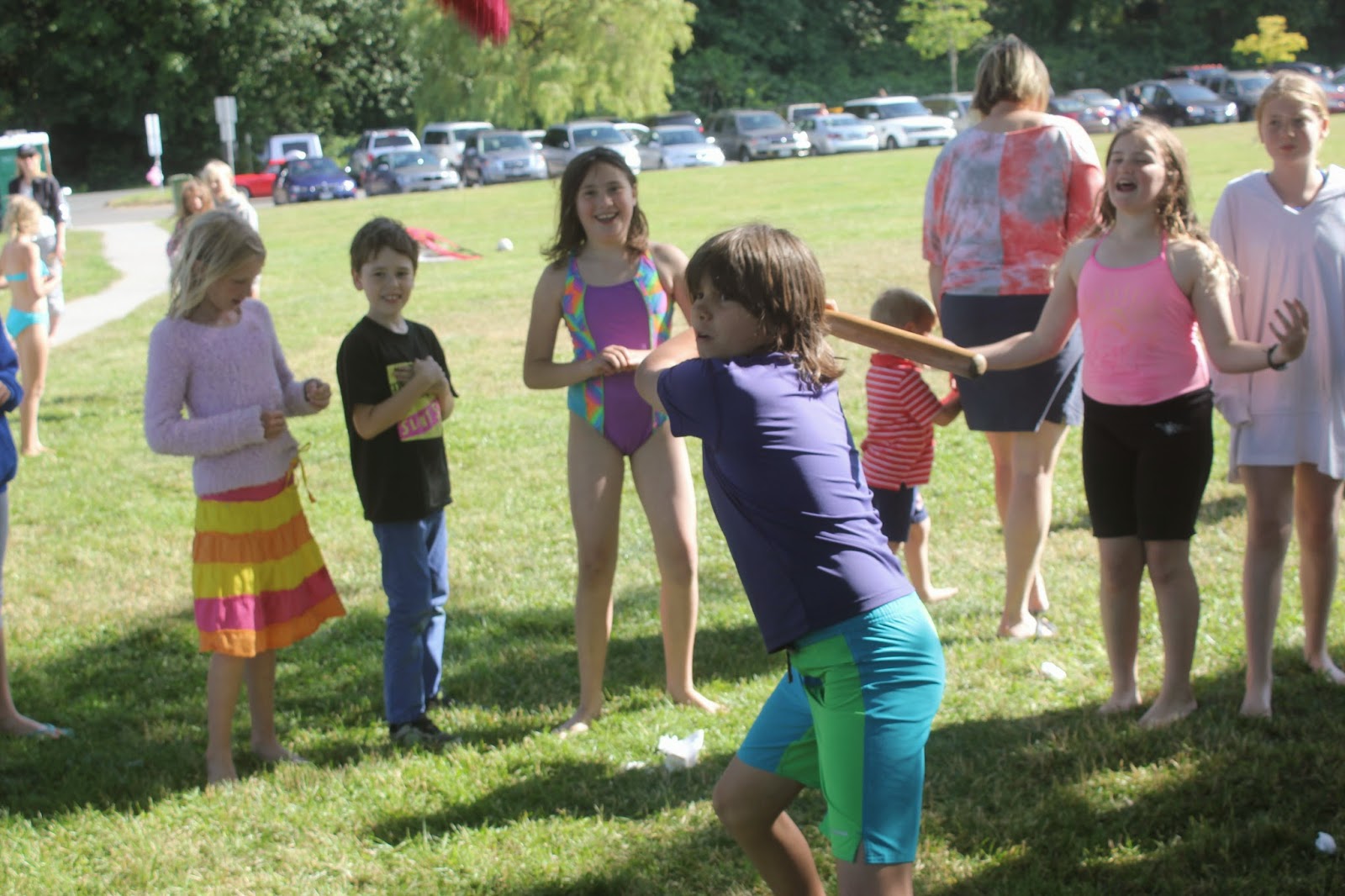 But that didn't work out... 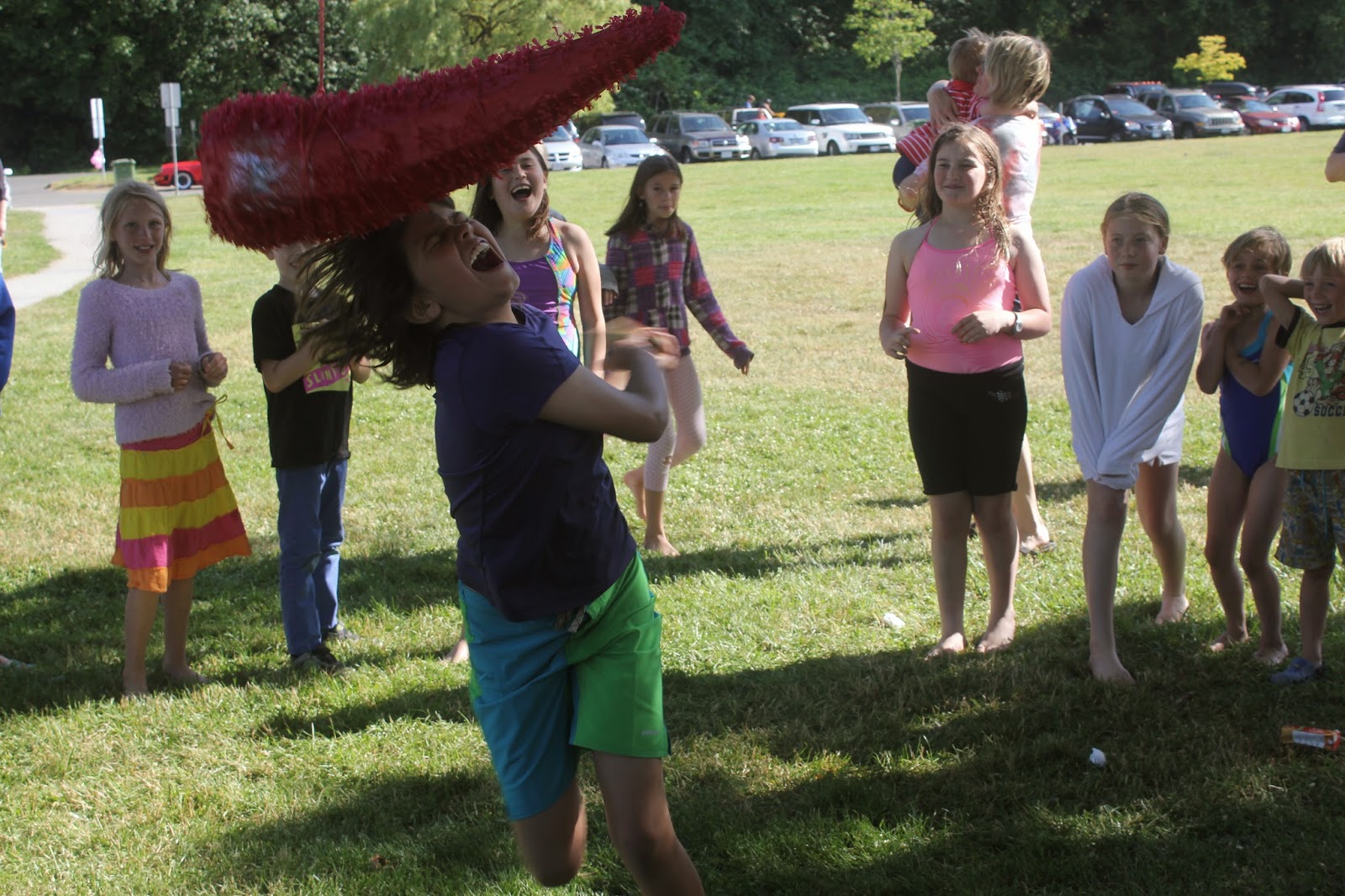 Mostly because we had Eric yanking on the rope. No blindfold required. 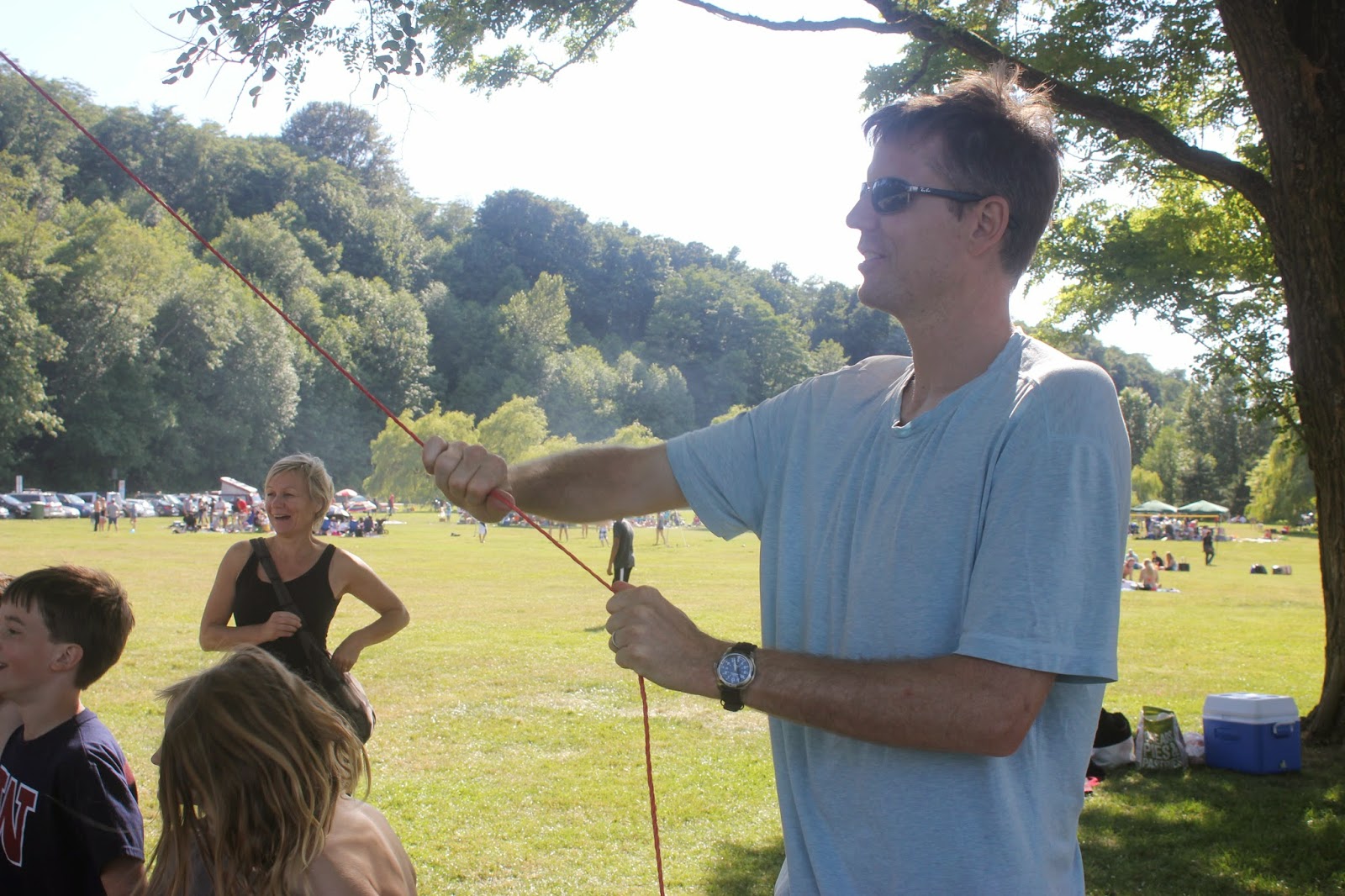 Somehow, I missed the picture of the mayhem that occurred after the piñata finally gave up...but it was intense.

We are very lucky to have such a lovely group of kids to surround our three.
Posted by Ericandles at 2:37 PM