I think Finny believes she is starting a new tradition with this wacky (but loveable) idea of depicting two of her best moments as a nine year old in plasticine...in a box.

So...here we can see Finny and Molly swimming with dolphins from our California trip. And...something to do with camping and crabs...? I can't really remember what that was... 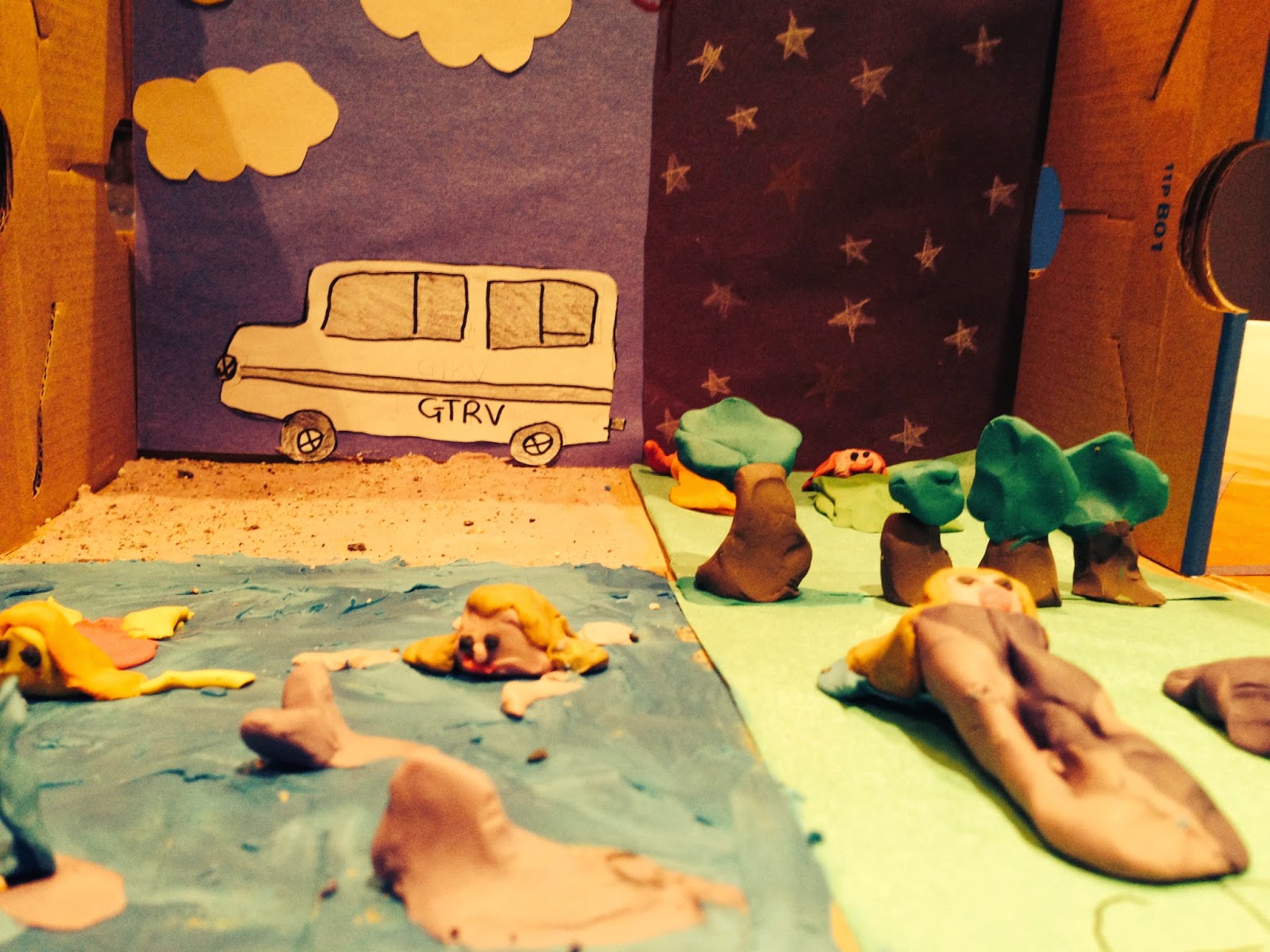 Here we find a very typical scene in our house. Molly trying to play Animal Jam (don't ask me what that is...I don't really know) on my computer. Lukey and Eric trying to play hockey. This results in a lot of "ouch! ow! stop hitting me with the ball...guys!" And yet, she doesn't move... 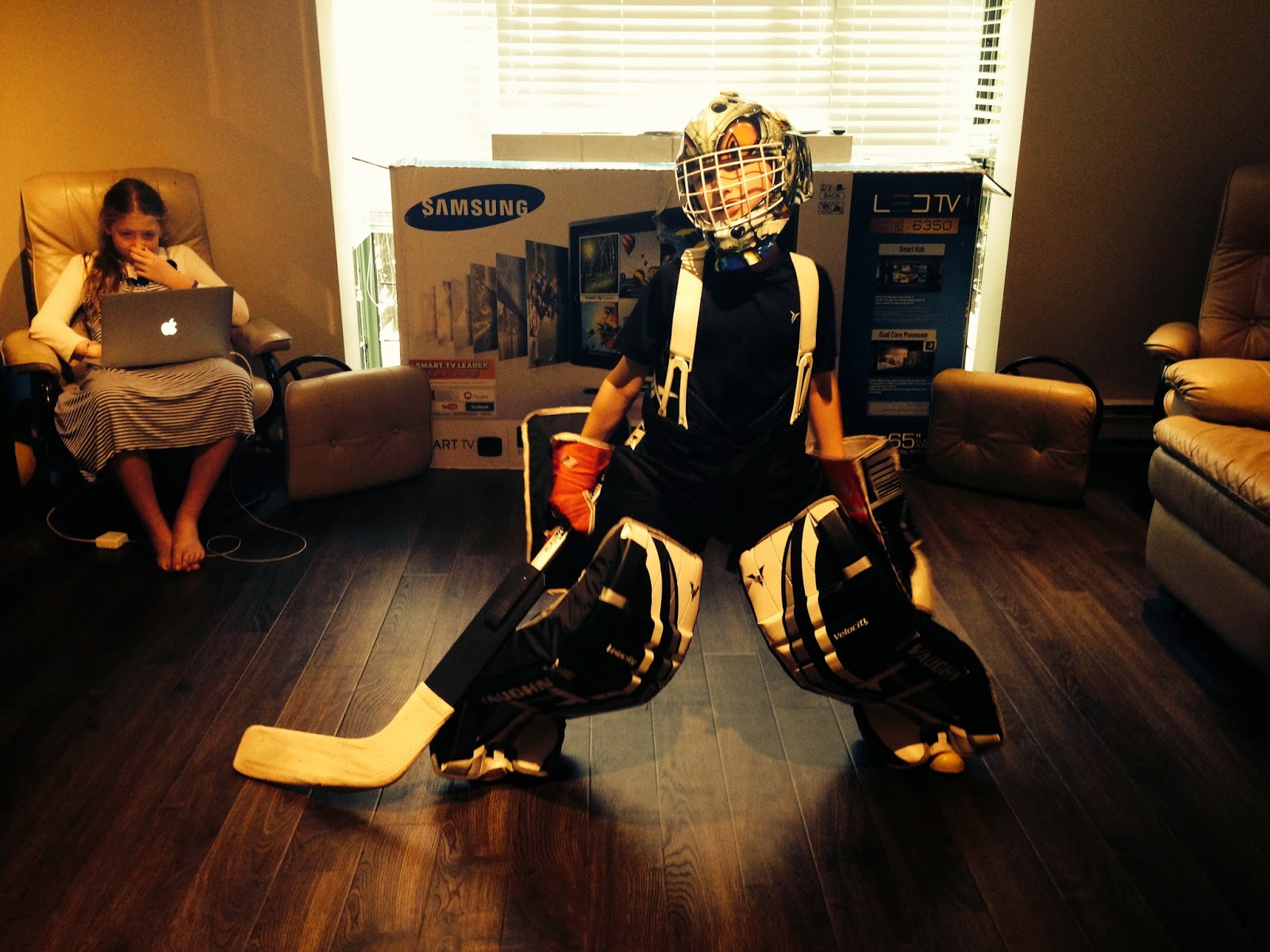 I had to take this picture of Lukey in his happy place. Eating chicken wings. A lot of chicken wings. He isn't a big eater, but he really, really digs meat on a bone. Especially wings and ribs. He ate more of these than the rest of our family COMBINED. 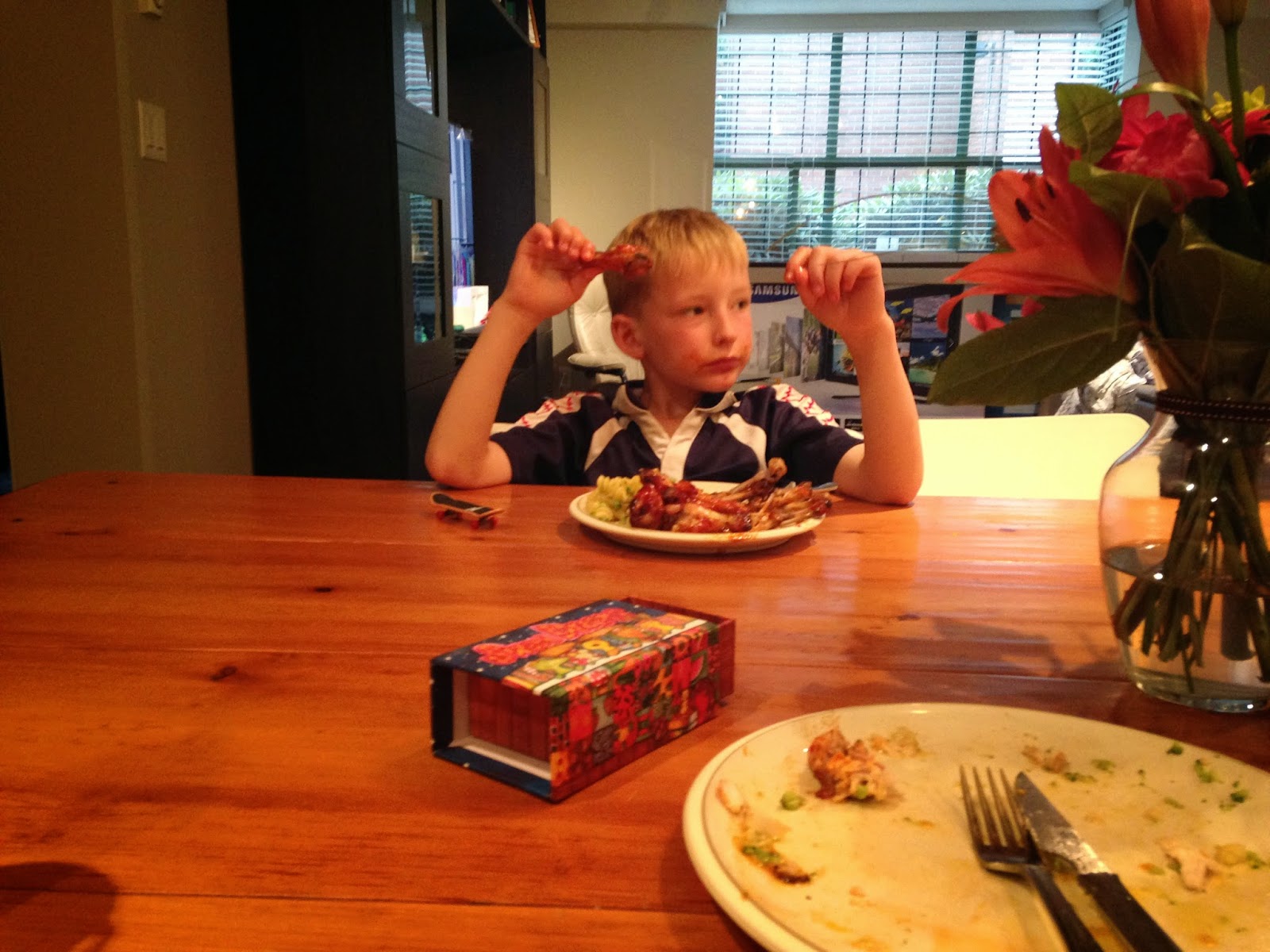 He didn't even slow down long enough for me to get a picture that wasn't blurry! 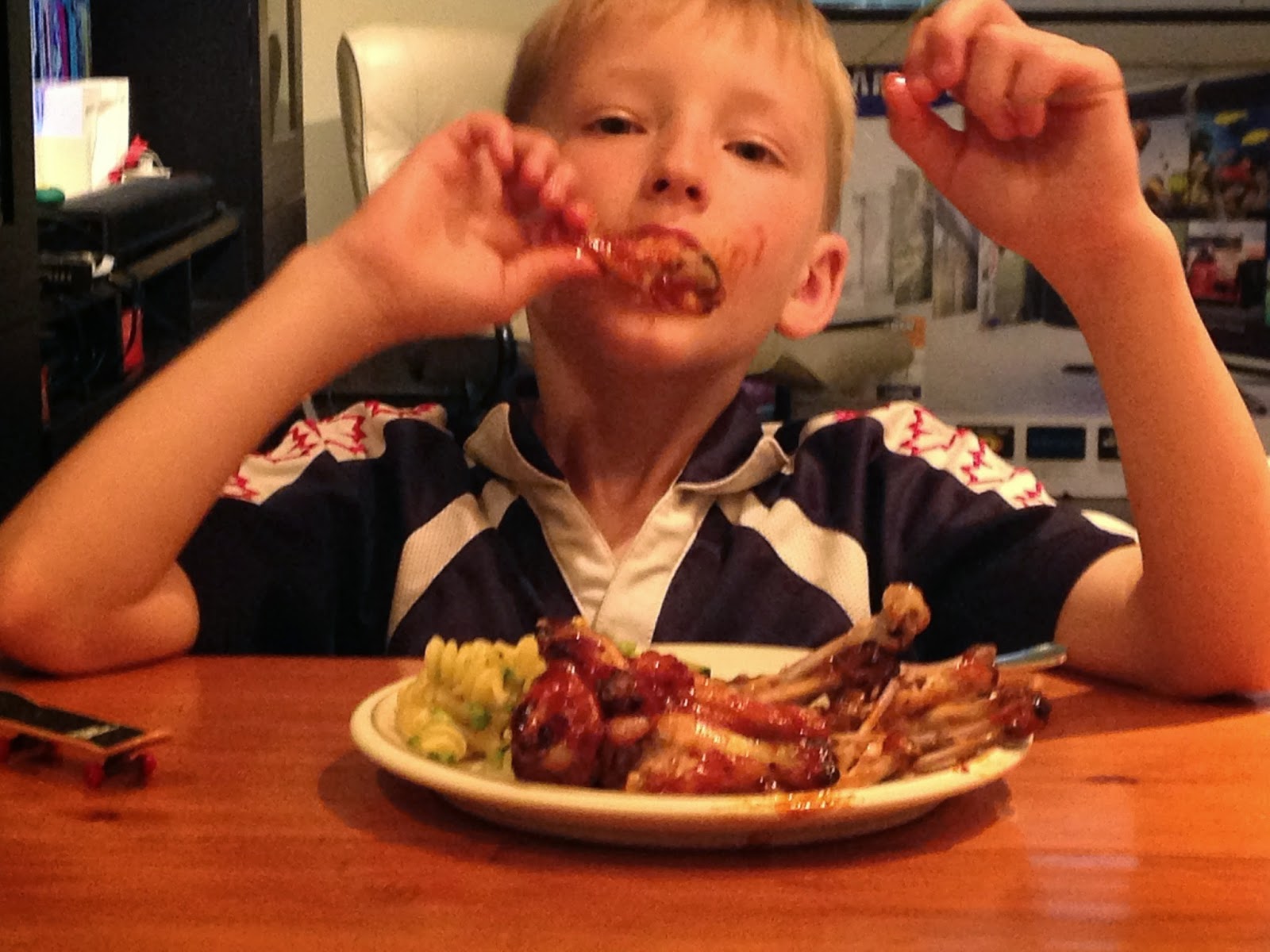 This is a pretty random post...but one of our favourite things to do in the nice weather season of Vancouver before school gets out and we head to Point Roberts is pack a picnic and go to Shaughnessy school. We do a few times in the Spring and usually create elaborate timed obstacle courses on the playground equipment. This leads to some serious squabbling by the kids about little injustices and cheats, but man, it's fun. 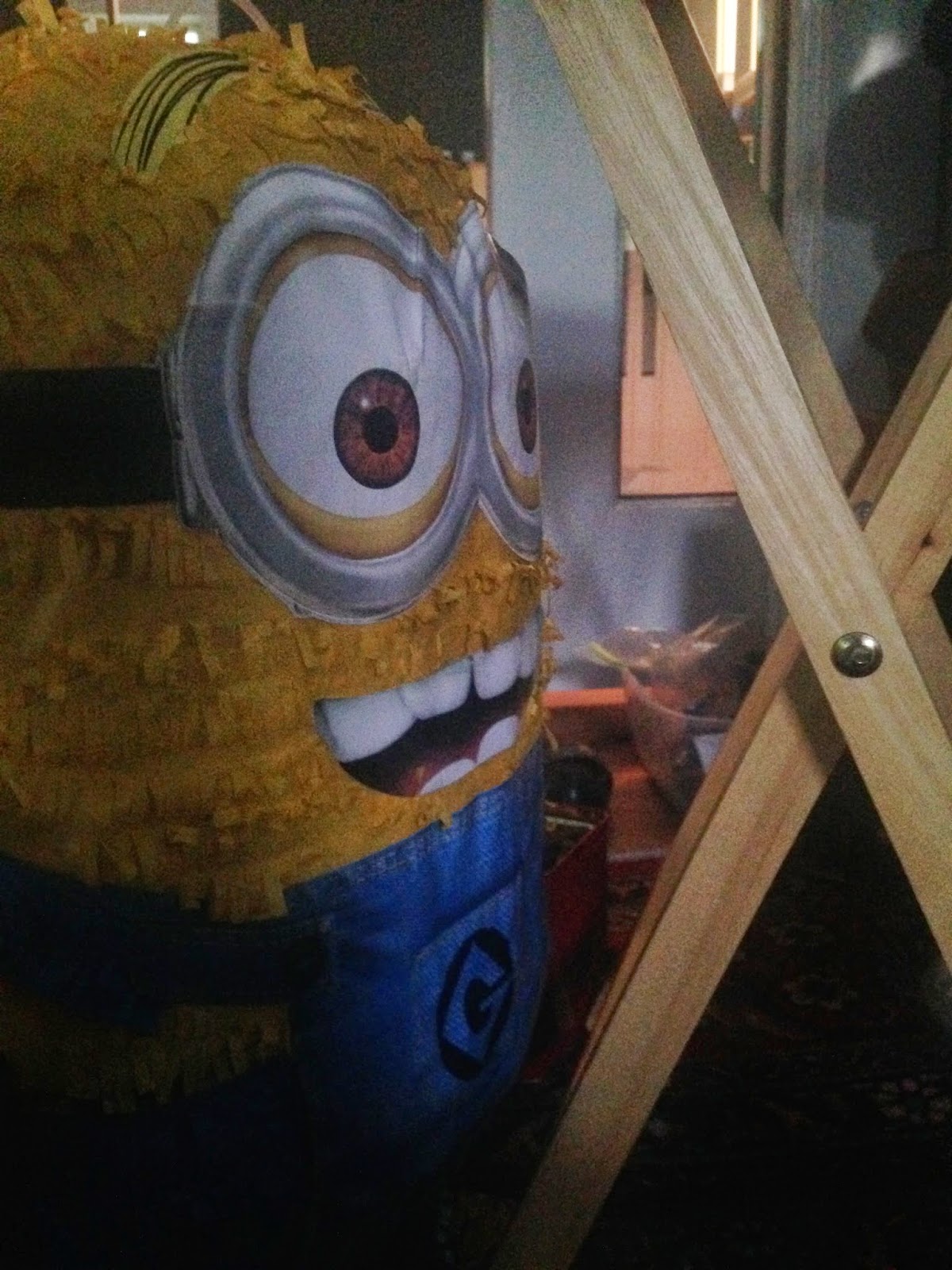 Phil is one of Finny's favourite friends...he was initially purchased by Gram for Finny's birthday piñata, but it turns out that Finny loves minions far too much to stuff them with candy and watch her friends destroy them. So, Phil was saved from a violent fate and raised to the position of privileged birthday guest. (As an aside, my mom didn't do us any favours by texting us pictures of Phil eating breakfast cereal, watching the world cup, lounging on his favourite chair...what girl could destroy a piñata having that much fun...?!)

And, finally, two of my favourite people blowing out their shared birthday candles. 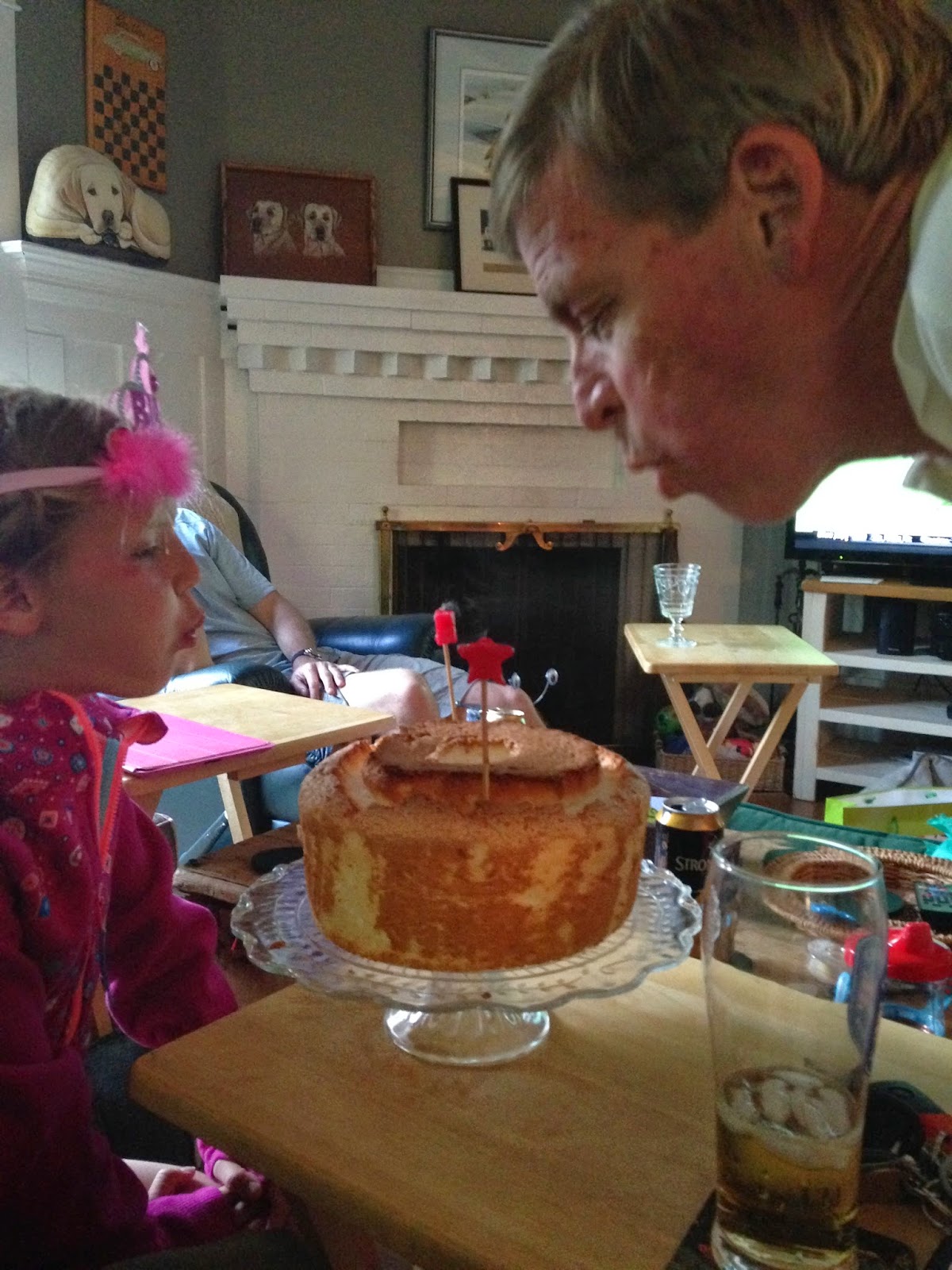 Posted by Ericandles at 2:11 PM