With a couple of days in Ludwigsburg and rain constantly threatening, we decided to have an inside day at the Mercedes Museum. Here is the view from window of the home we lived in when Molly was born. The weather wasn't as bad as promised. 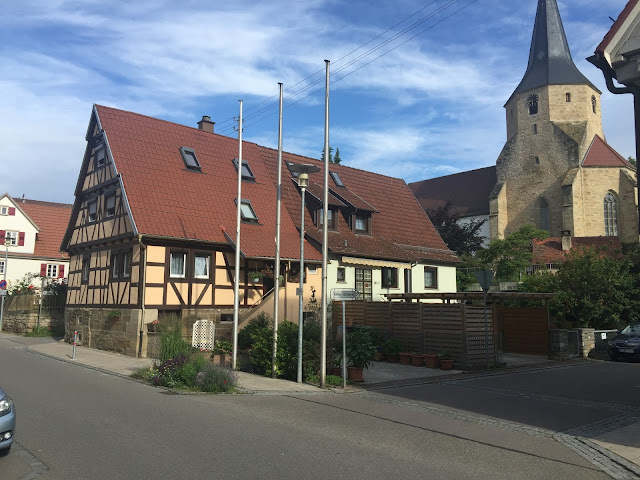 I'm admittedly not a big car guy. I see them mostly as a useful way to get from A to B...and the only car I've ever really wanted is a Tesla...which has more to do with environmental reasons than anything else.

However, the Mercedes museum was amazing. They did a great job of not only showcasing their product in a spectacular 8 floor museum, they also showed the history of the world since this car was invented by Daimler in 1886. 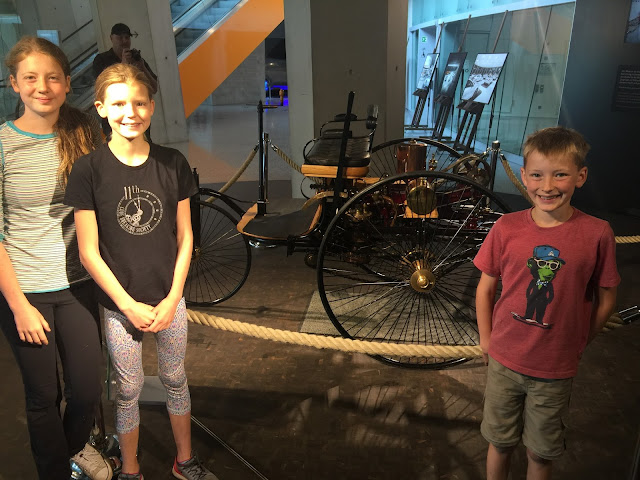 As far as we've come in the last 130 years, this concept car illustrates how we've still got some room to go in the next few years. 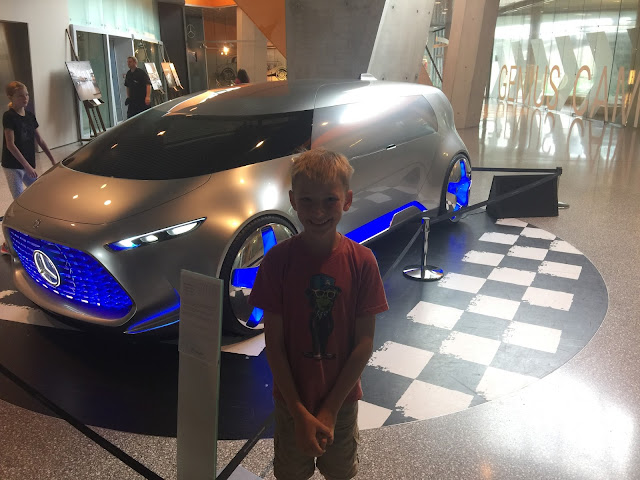 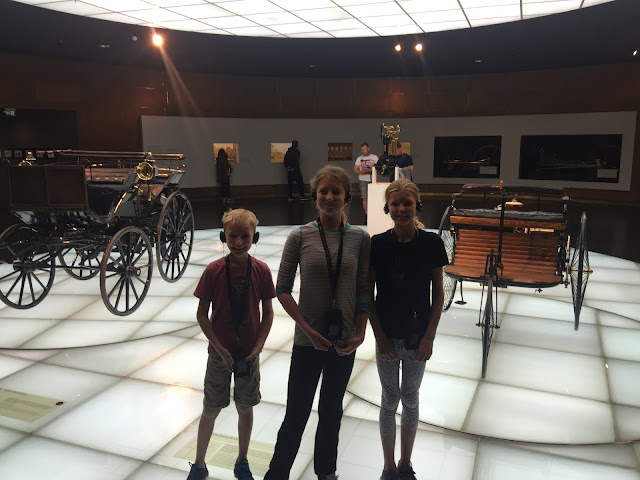 The story of Mercedes is all about the internal combustion engine...and putting it in different modes of transportation. They were pretty heavily involved in aviation and the war effort. 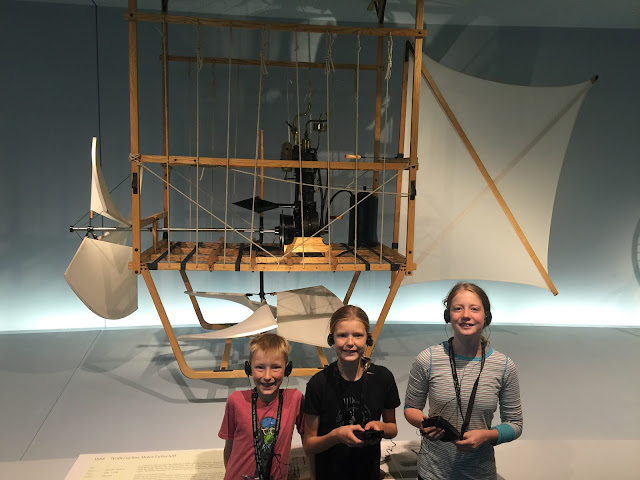 Here's an early fire truck that revolutionized the fire service, even though it still had to be pulled by horse. It's pretty easy to take fire pumps for granted now, but trying to imagine firefighting without them is almost impossible. I guess lots of buckets were used. 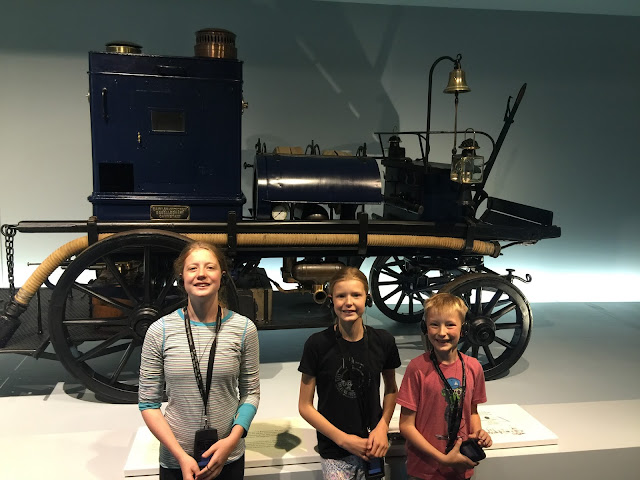 The first motorized bus had Molly thinking about our efforts to get her to take the bus to school. 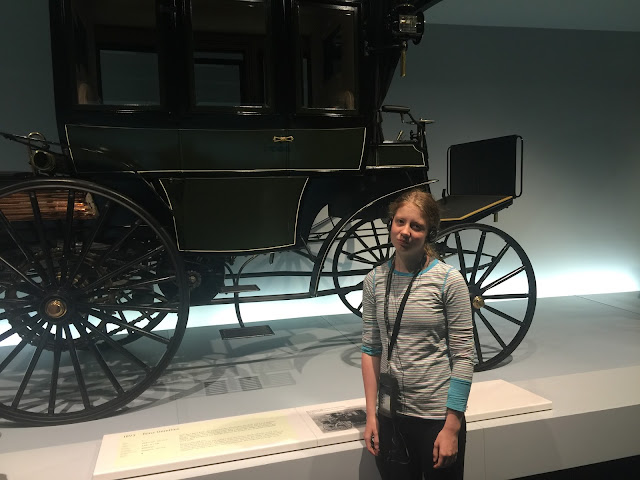 Part of what made the museum so cool was the way it wound down all 8 floors to the ground. The top was 1886. The ground floor was today. I wonder what they'll do in 20 years time?

It was great to have Uwe Dorner join our trip. 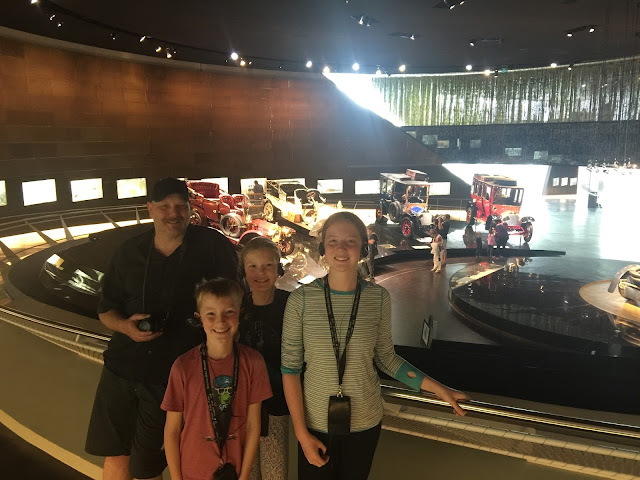 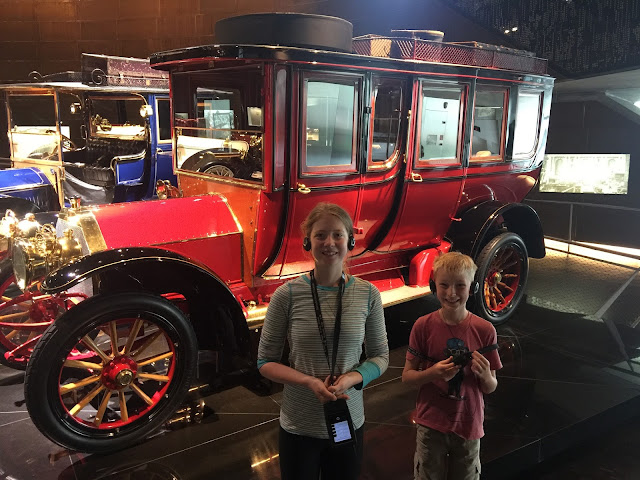 Although the other cars were made by Daimler and Benz, this is the first one ever with the Mercedes name. 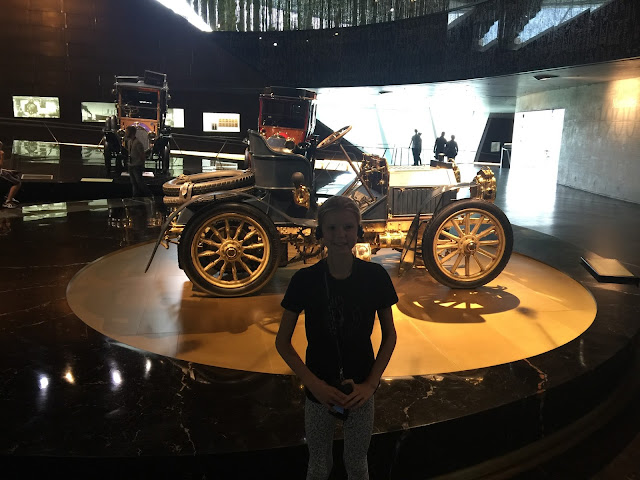 It's a pretty incredible car for 1906.  Amazingly little has changed to the basic functional design of a car since that time. 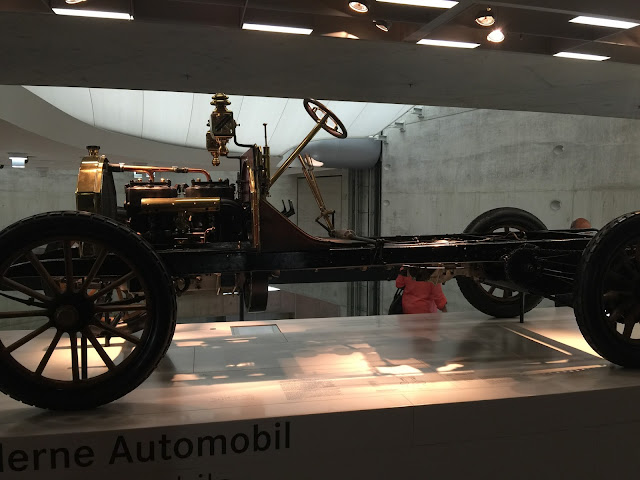 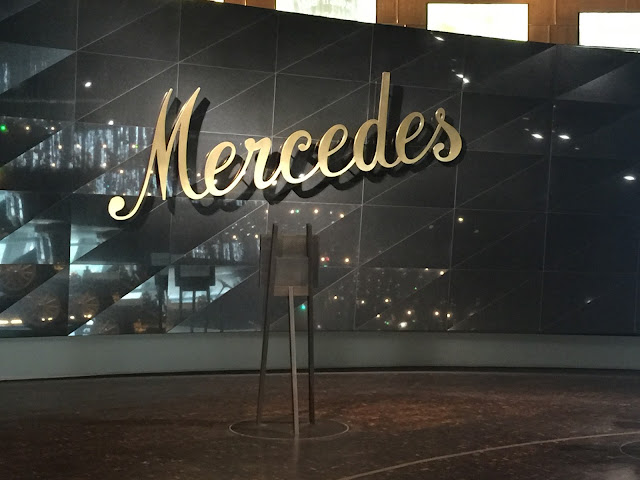 I liked these old add because they were probably considered quite sophisticated and expensive at the time...and yet are obviously hand drawn and so basic. 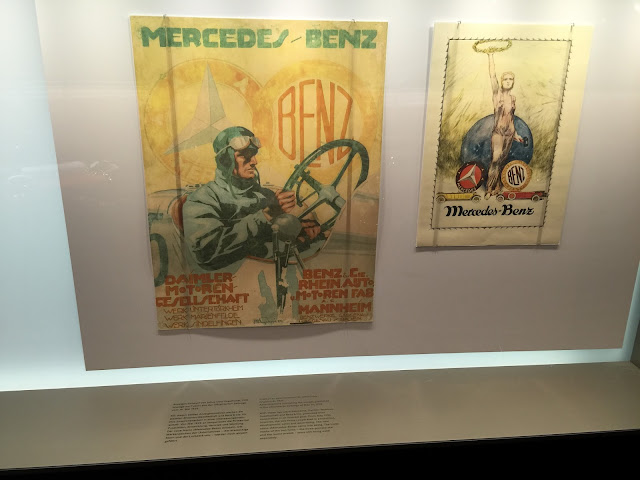 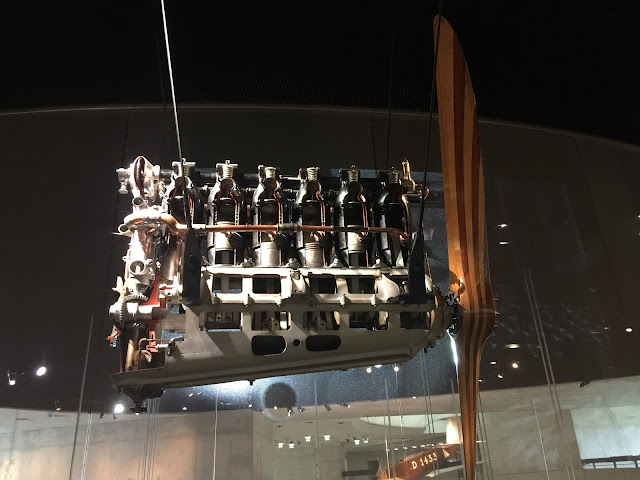 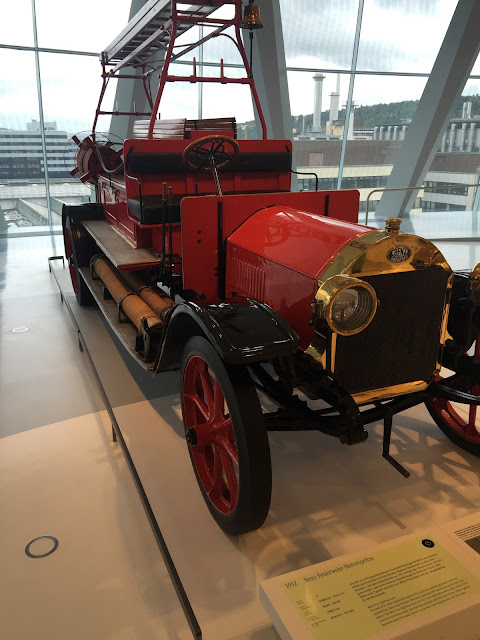 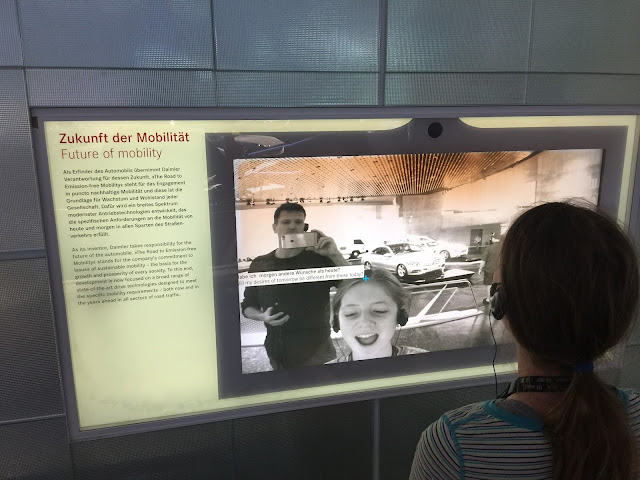 Lukey loved the museum...but got most excited at the race cars. We were shocked how small the engine was. 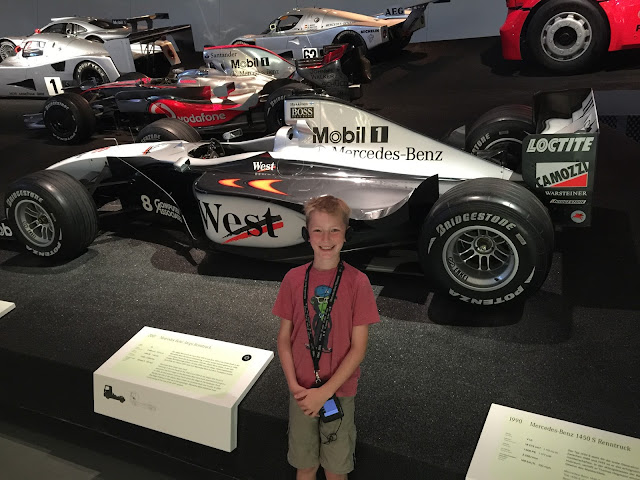 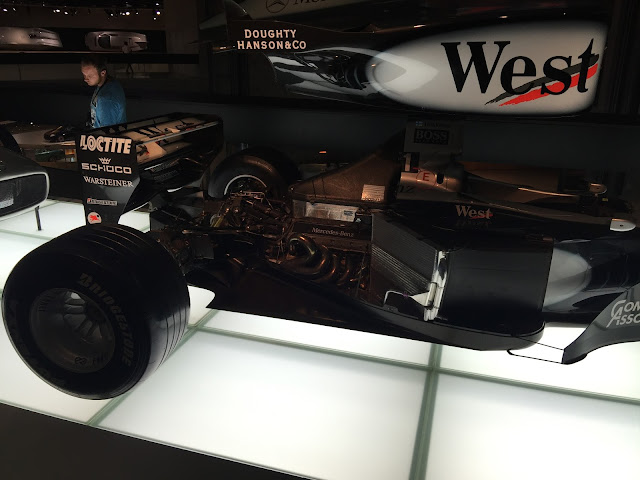 All the kids loved this animatronic ride much more than I did. I narrowly avoided losing my lunch. 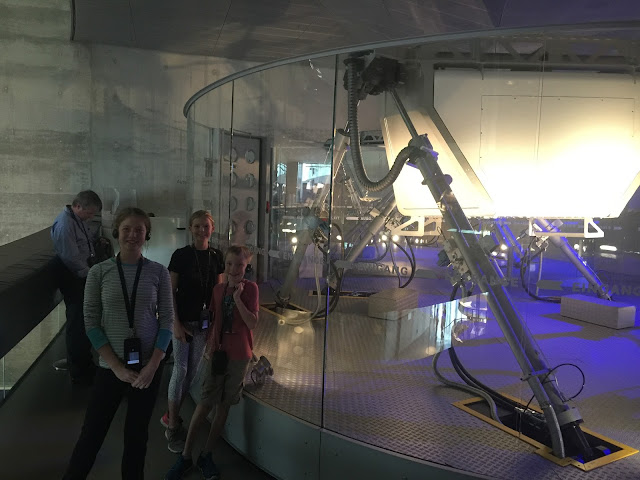 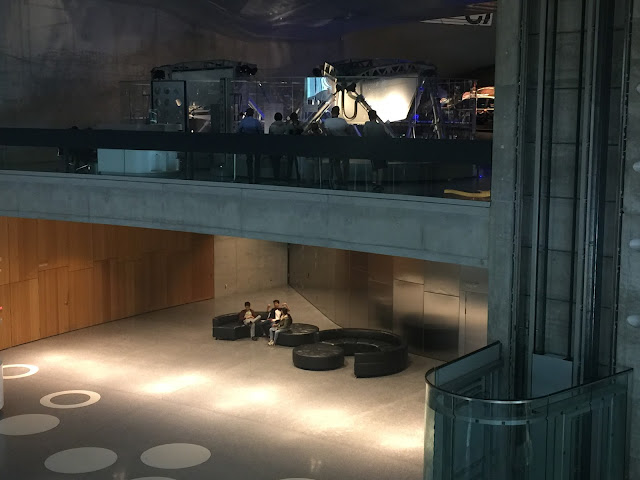 We came back to Tamm in time for a barbeque with Uwe's American friend Stan and his wife Brit. 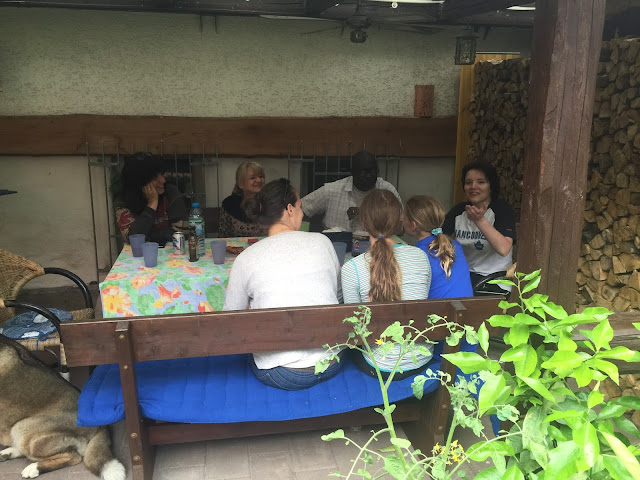 Lukey got tired of pestering me to shoot on him and was thrilled to have Caroline play keep away.  She was VERY patient and kind to him. 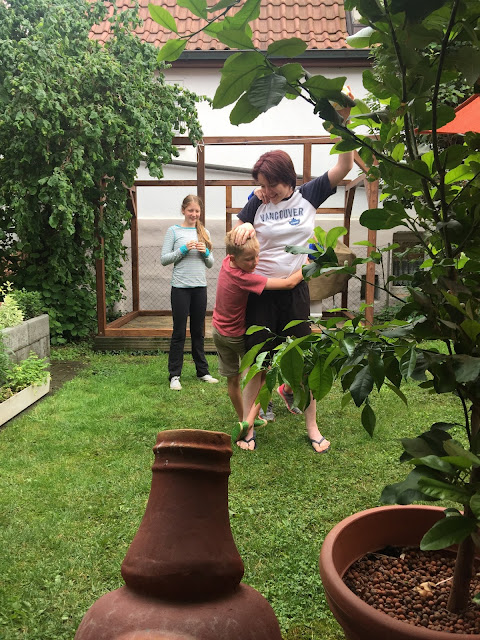 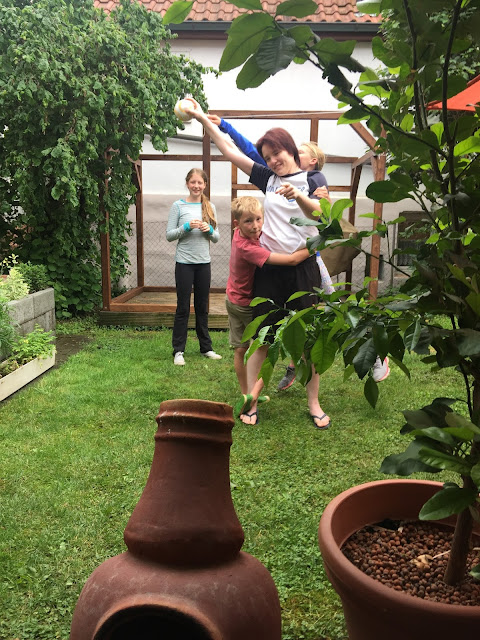 Posted by Ericandles at 3:33 PM