Paris to Verdun...Verdun to Stuttgart (Tamm)

We had stayed up late and gotten up late every day we were in France. Call it jet lag, or call it lazy. Nevertheless, getting up and out of our Airbnb by 8:00 the next morning was a little bit painful.

The best way to combat early morning pain is a fresh crepe. We hit a market and ordered the kids their first real French butter and sugar crepes. 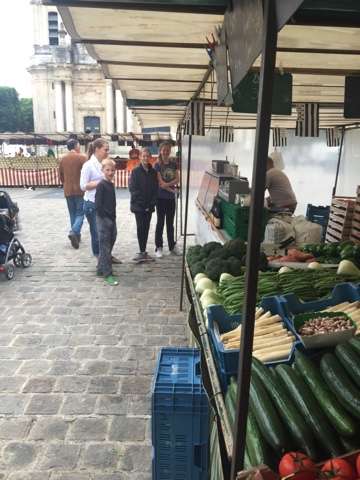 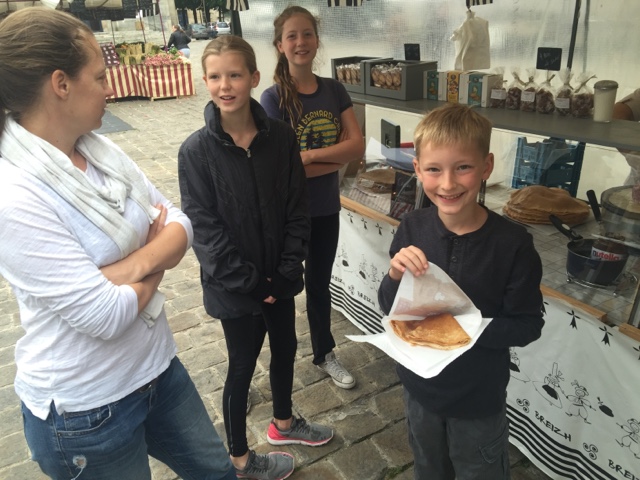 We had a quick (at least for me, since I was sleeping) drive to Verdun. We knew the kids wouldn't exactly find the experience of Verdun *fun*, but we really wanted them to get an idea of what went on there.

Both Molly and Finny have learned about WWI in school, so they were slightly prepared. The museum on the hillside above Verdun is incredibly well done. It isn't huge, but it is impactful. It stands on the site of a village (one of nine) that was completely destroyed in the battle and never rebuilt. 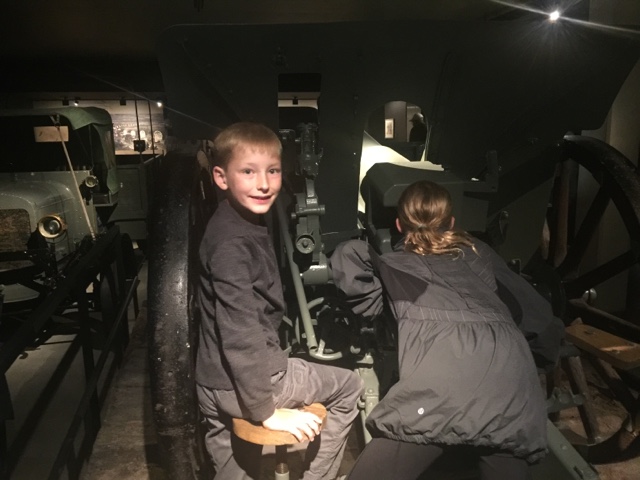 We left the museum after a couple of hours and headed up the hill towards Fort Douaumont. Wow. This fort was so creepy. The fort changed hands between the French and Germans, then back to the French. There were explosions and fires inside...thousands of men died without even meeting the enemy. 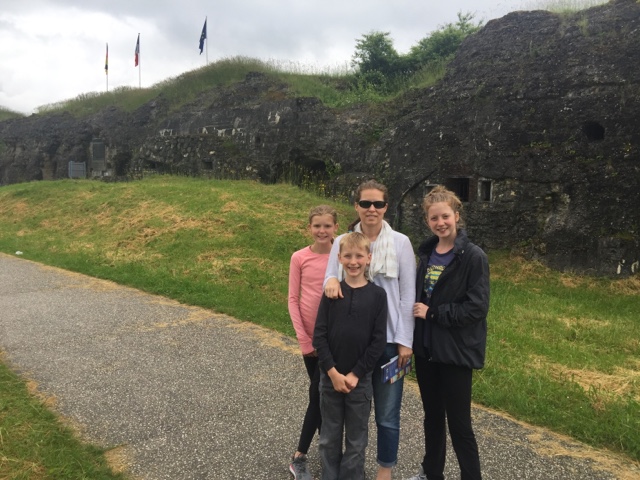 All around the fort are the pockmarked hills. One of the hills nearby had so many shells land that it lost 7 metres of height. 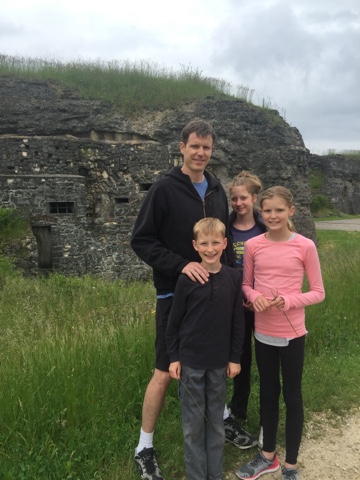 The worst though, is the conditions the men lived through when stationed inside the fort itself. It was freezing cold, even on this day in June. It was very, very wet...again, in JUNE! There were parts of the fort that had standing water of a foot or more. I can't even imagine this in February. During a war. 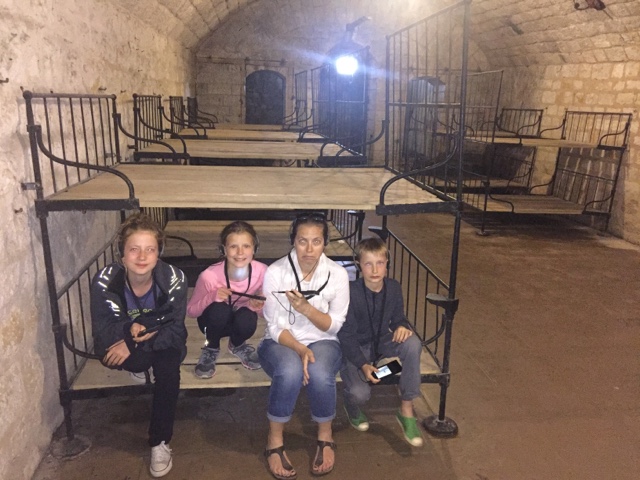 This was the latrines. Ugh. 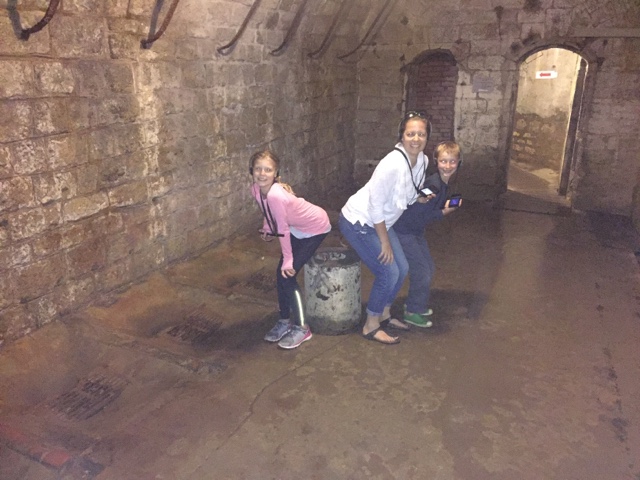 Here we are standing in front of the 155mm gun tower: 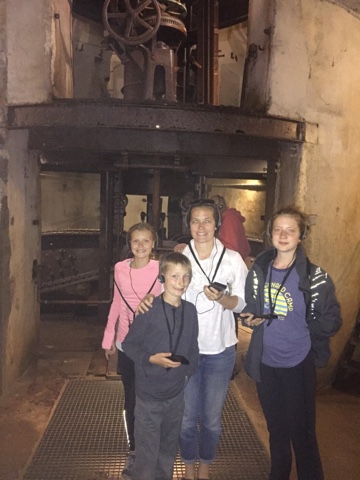 We really got a taste (very, very small) of how uncomfortable conditions were. It was just so grim.

We drove up towards the Ossuary, but I figured the kids had been confronted by enough horror...they didn't need to see the piles of unidentified bones. Actually, I am not sure I needed to see that either. The grey sky suited the dark subject.

I am not sure the kids would say they enjoyed the experience of Verdun (or the three hours of Dan Carlin's Hardcore History podcasts we made them listen to on the way there), but I think they would agree that it was a very worthwhile trip. Hopefully it gives them some context to understand what went on in the wars. 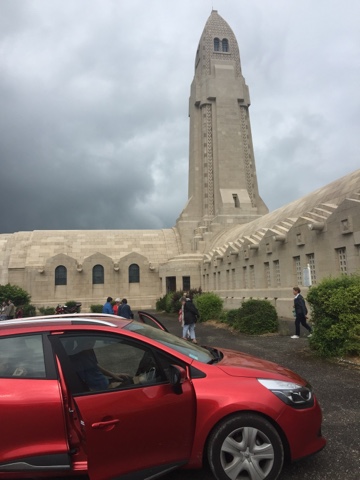 We all felt a bit relieved to leave the sadness and heaviness of Verdun behind us. Back on the road, we programmed our GPS to take us to see our friends in Tamm (the village we lived in when Molly was born). But how could we drive past Strasbourg? It was late and we had to get going, but we have such fond memories of being there when Molly was a baby, we had to just walk around a bit. 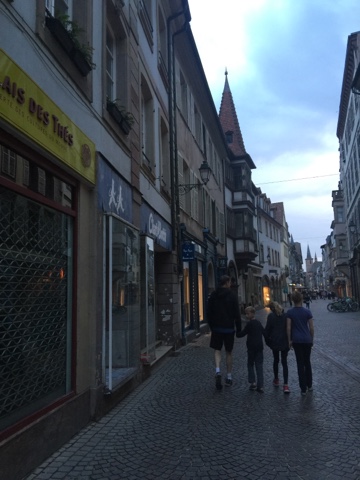 We were having a lovely time, strolling down memory lane, until...this crazy sound...like a bucket of water hitting the pavement.

But it wasn't water. And it didn't come from a bucket. It came from a bird. Some giant fecal-filled bird.

Somehow this bird poo tsunami hit four of us (not me). And it really hit Finny, Eric and Lukey. I laughed so hard! And not only was it copious, it was really, really stinky. Like, super disgusting. 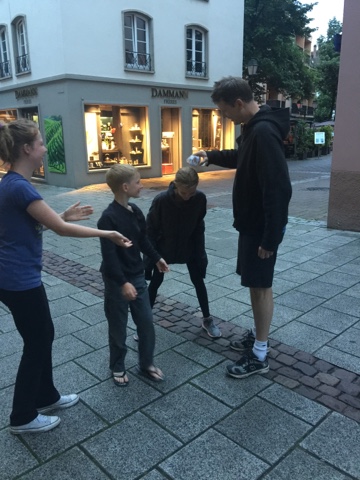 Finny and Lukey started to gag. I could barely breath, I was laughing. We used a bottle of water to try and get the worst off them. Then it was still so bad, we were scooping water off of rain covered tables and chairs and railings. 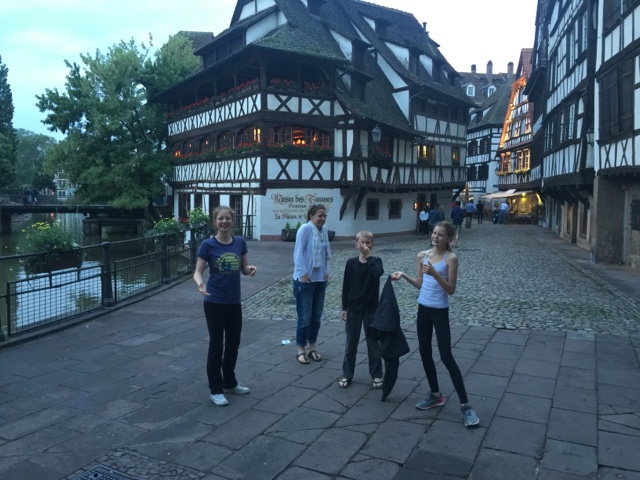 Look...poor Lukey plugged his nose the WHOLE time we walked back to the car. In this picture you can see Finny is soaked from trying to get this bird poop out of her hair. I am cringing, trying to keep away from the kids, who seemed to think it was important to rub up on me. We are all laughing, because it was so disgusting. 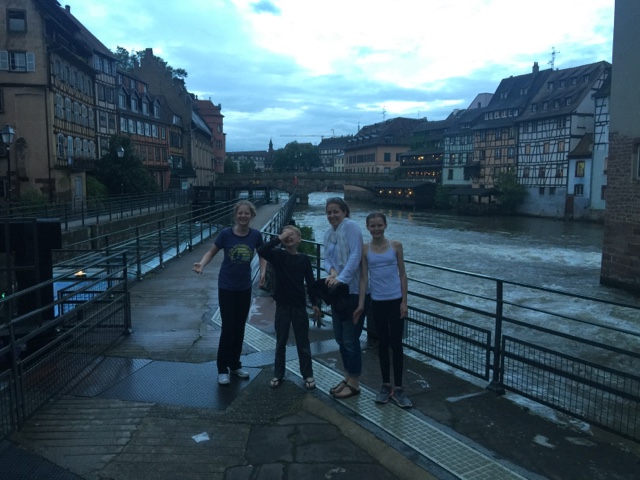 We couldn't wait to get back to the car, so the kids (and Eric) could change out of those clothes. Of course, we get back and I couldn't find the parking lot ticket. I looked and looked while they cleaned up and then had to throw myself on the mercy of the parking lot attendant.

Very memorable, but not the very best little city break...

We had a straight shot to Tamm, where our friends Uwe and Brigitte had offered for us to stay. We pulled in late and pretty stinky. Showers and straight to bed!
Posted by Ericandles at 4:10 PM