We woke up just a stone's throw from the apartment we lived in when we brought baby Molly home from the hospital. I have a special place in my heart for this spot...the little village where we became a family. 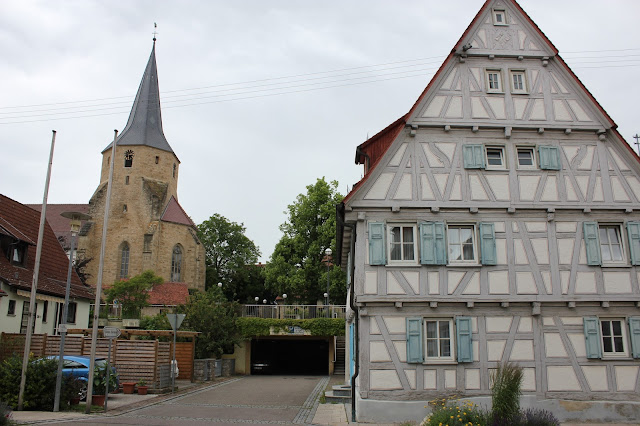 We told Uwe and Brigitte that it feels like coming home, being here.

We're really lucky to have such a great family to stay with...Uwe, Brigitte and Caroline are fantastic hosts and make us feel very welcome.

It was pouring rain when we all left the house to head into Stuttgart. The TV tower in nestled in the hills of the city and affords a spectacular view of the surrounding area, plus it is mostly dry...so we headed there. 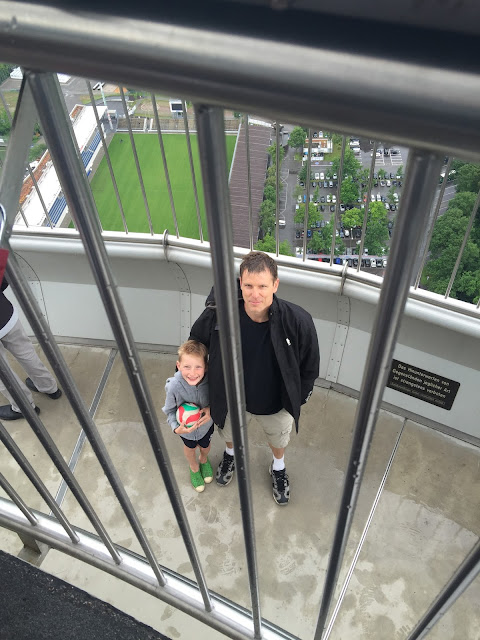 We pointed out all the highlights of Molly's original home-city. 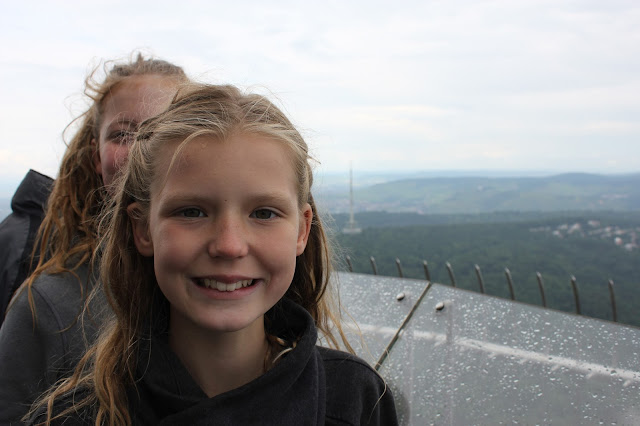 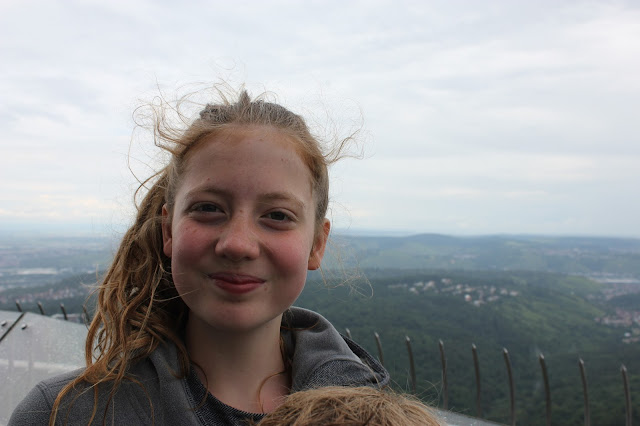 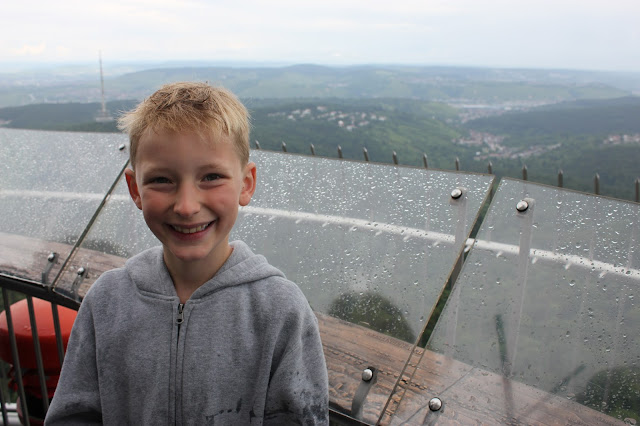 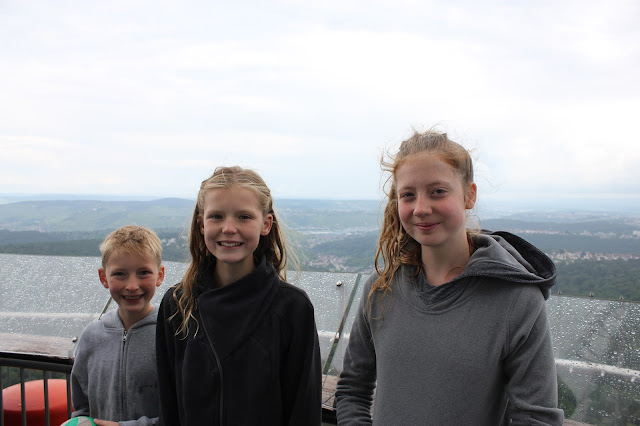 Even though it was overcast, visibility wasn't bad. 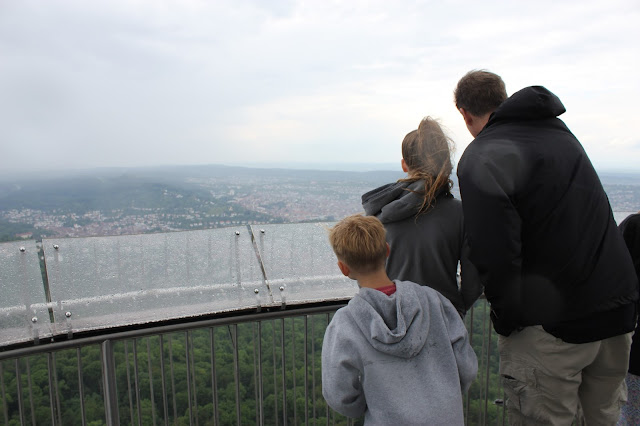 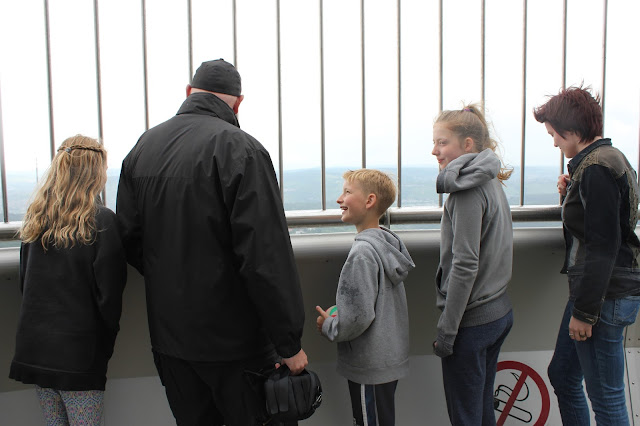 The viewing deck has two tiers...I was standing on the lower deck and taking a picture, when something brushed my arm before it hit the ground. I looked down and saw that a giant orange umbrella had dropped from above and very nearly killed me. Okay, maybe not killed...but I could have been somewhat speared.

The lady who dropped it was horrified and relieved that I wasn't impaled. Here's the offending rain blocker: 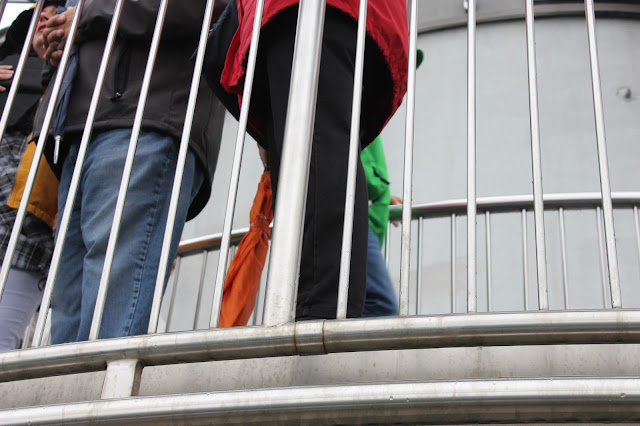 We took the elevator back down...at the base of the tower, a huge screen had been set up to provide a public screening of the Eurocup action. But the seats were out in the open and totally drenched. Under the umbrellas of the little cafe, they had set up their own semi-public screening. We sat for a bit to watch some of the Croatia game. 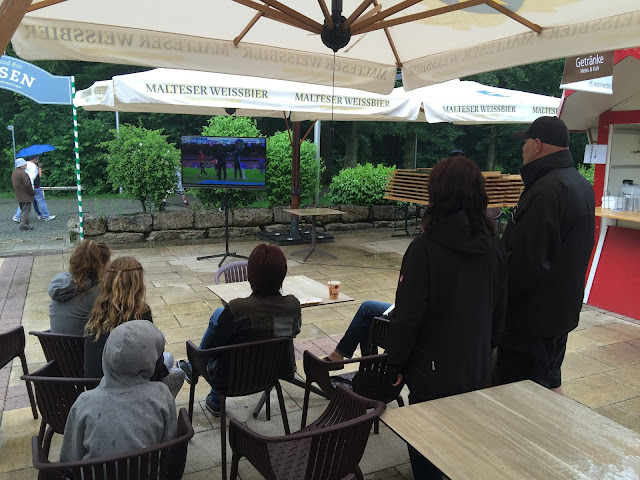 A trip into Stuttgart wouldn't be complete without a visit to the Marienhospital, where Molly was born. We get to drive by BC Women's where Finny and Lukey arrived almost every day. It was nice for Moll to see her birthplace for a change! 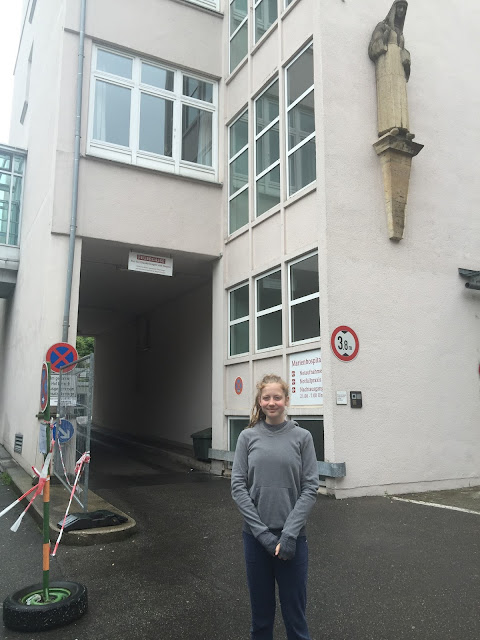 It's sort of crazy to think of little, tiny, baby Molly cuddled in my arms turning into this lovely grown-up girl in the space of the ensuing 13 years... 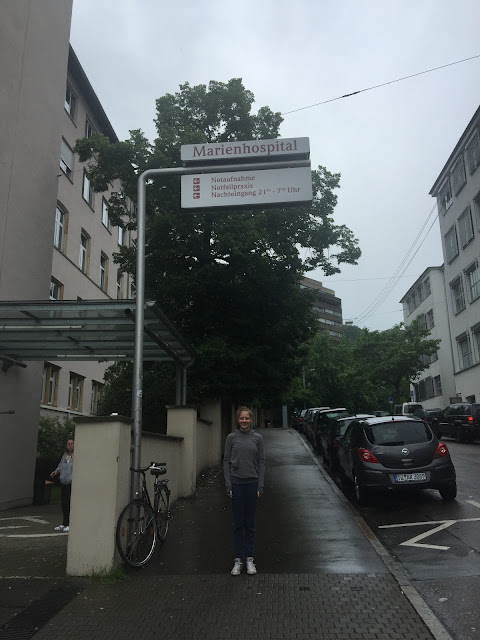 We drove back to Tamm through Ludwigsburg, which was the team Eric was playing for when Molly was born. They were EnBW Ludwigsburg then, but they are the MHP Riesen now. They have a new stadium and their flags are up all over the city. 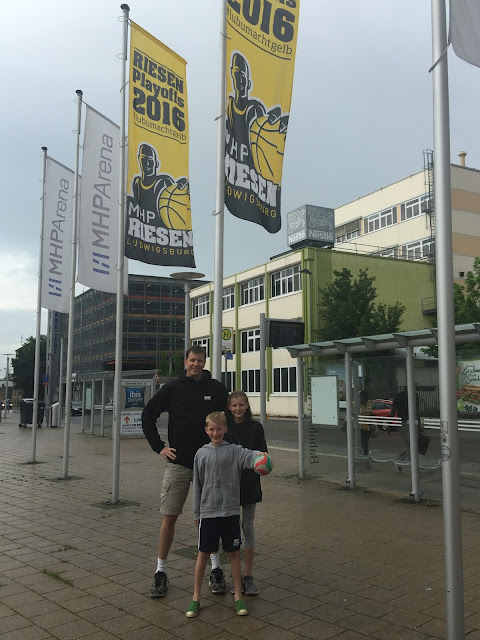 The new arena is lovely. Basketball is obviously alive and well in Ludwigsburg.

Riesen means "giant" in German. Lukey's no giant, but he can palm our little ball and look super serious, just like the mascot. 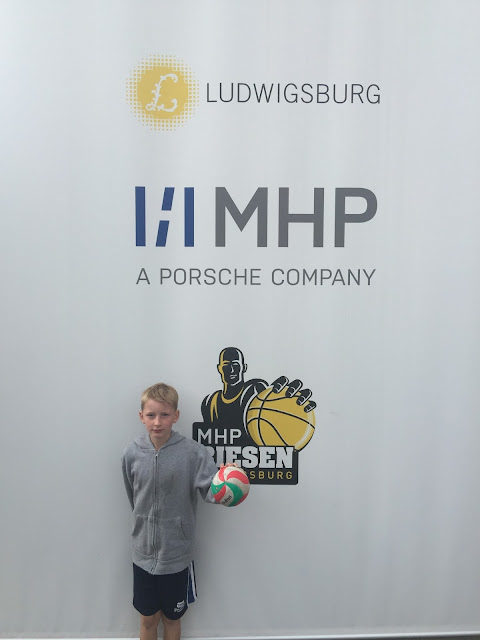 We ended the night on the couch all together, watching the first Germany game of the Eurocup. It's playoffs in hockey and basketball, too. So there was lots of discussion around getting up in the middle of the night to watch sports. We had to convince Lukey that watching the Sharks/Penguins game from 2-5 in the morning was a bad idea. 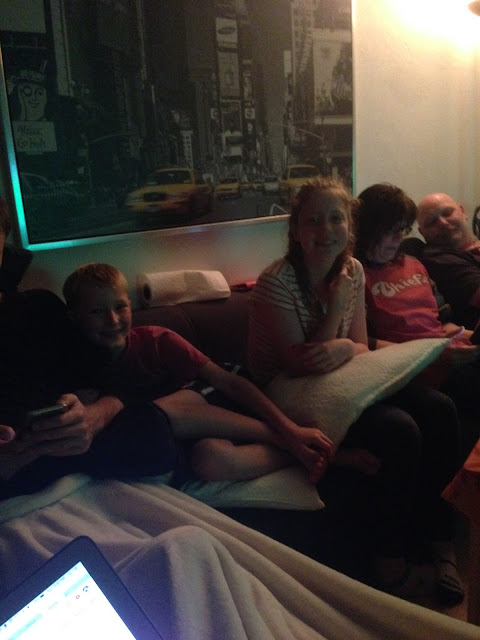 Posted by Ericandles at 6:15 AM