Happy Friday. Well, not really...but it's the weekend!

Well, the week remained true to itself and stayed challenging. But as in all challenges, there are spots of beauty and strength to be found. I am going to focus on the highlights...

1. Lukey, despite some bumpy stretches on the road this week, rated his school start as an 11/10. He may have gotten on the hockey bus today ("Do we have two goalies on the bus...?" "Um, sir...?), but he was all thumbs up. Loves his teacher, super excited for woodworking (cool!) and didn't lose anything. This isn't a small thing. A successful first week of high school is pretty darn awesome.

2. Resilience. All three kids were resilient this week. Maybe Molly most of all. With a lot of stress already on her plate, she was given some extra helpings by a brutal teacher and a stupid school system. She has handled this with more grace than her mother has managed to exhibit. Super proud of her. Less proud of me, but at the same time, a bit in awe of my angry internal mother bear. Irate Mother Bear is raring for a fight. Quick question...do mother bears cry?

3. Good people. We had a quarterly meeting today and even though I was having a bummer week, I really felt like I could be real with all the people there. That is also a pretty big deal. I may have burst into tears in the first five minutes of the meeting, but it didn't feel terrible. I was the only woman at a table of sporty guys, but they were awesome. So, hooray for being able to let it all hang out.

4. Girls babysitting for friends! Molly and Finny babysat tonight for a really good friend's kids. It was great and they had fun. They even made money. And they wanted to do it together, even though that meant half the cash. 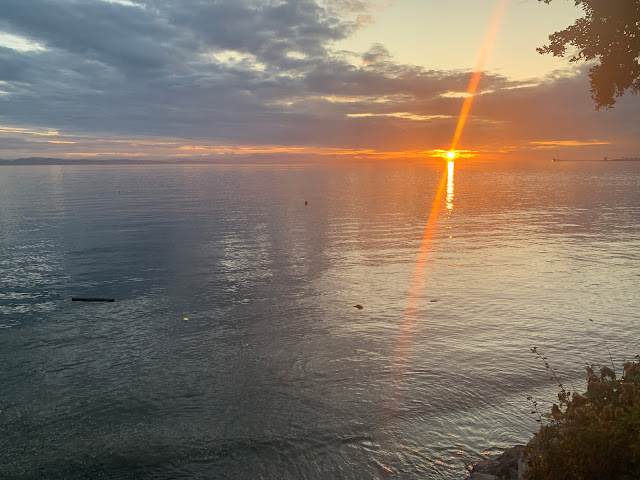