At some point in Lukey's hockey season, talk turned to tournaments...specifically, an away tournament. Our options got whittled away until the only remaining prospective tournament was in Chicago in January.

That's pretty far. And pretty cold. But, who can argue with a big trip away with all your best hockey buddies? Not me, apparently. Off we went.

Luckily, Lukey and I had the advantage of being joined by the best dad/grandfather/hockey fan in the history of minor hockey...my dad has been incredibly supportive of Lukey's hockey all season. He's missed only a couple of games and only for the best reasons. And he wasn't going to let four games in Chicago escape unwatched just because they were a five hour plane ride away...

The morning we flew out we had an early start. Our flight was at 6:00 a.m. I don't remember what time we set our alarm for, but I do recall that I contemplated not going to sleep that night. Poor Lukey woke up feeling grim, but I wasn't sure if it was the early hour, or a true sickness of some sort.

We pulled up to the airport (Eric very kindly woke up super early to drive us) and Lukey lamented his sore tummy...and then his "warm tummy"...and then he threw up all over the backseat of the Jetta.

Ummmm, what to do?

We had a flight to catch for a week long sports trip away...and I wasn't sure if he was really sick, or just feeling queasy from the shock of the early wake up. We decided to proceed as normal. Plus, Lukey is so incredibly determined and flexible, that he urged us on...he said he felt better already.

Here we are just as Eric dropped us off (post-throw up!): 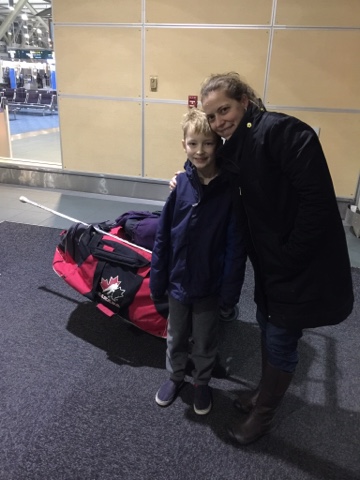 We checked our bags and headed towards security.

It was one of those moments as a mother...I was plagued by doubt. Part of me felt that we had to press on and see what would happen. Part of me just wanted to cuddle him up and scurry home, tuck that grey little face into bed and wish the team good luck without their goalie

Burn the tickets and cut our losses, or carry on...?

Security was a pretty long line, so we took our places and I monitored Lukey. He went from feeling pretty chipper, to getting increasingly quiet, to laying on the ground in-between moving up in line. Not a great sign. But, we were checked in for the flight. We couldn't really leave then?

We got to the front of the line, finally. I gathered all our bags and stepped forward to talk to the American border guard, turned around to urge Lukey to get up, when...the inevitable happened. Copious amounts of vomit. Lukey basically used his coat as a bucket. There was a monumental pause.

The American border guys were amazing. I half thought they would turn us away. After all, who knows what the kid had? He might be an uber-contagious carrier of a catastrophic air-borne virus. Instead of ushering us into quarantine, they offered us a bottle of water, hand sanitizer and an endless supply of wipes.

We went to the gate. Lukey convinced me he was feeling okay enough to get on the plane. We got him something to drink and packed a couple of plastic bags (just in case) and proceeded as normal. I was glad to have my dad along...he was able to offer me a bit of reassurance that I was making a reasonable choice.

I would have felt really bad if he had spent the next week throwing up, but that was it. His colour improved over the flight and we arrived in Chicago to a healthy kid.

Having said that, it didn't matter how healthy our boys were...the competition was stiff for us in this tournament. It also didn't matter how out-classed we were hockey-wise, the kids (and adults) had a great time. We drove out to Lombard (an outskirt of Chicago) and checked into the Embassy Suites (where we had to sign a "no partying" document upon check-in...I mean, really? It was just a nine year old boy, a forty one year old woman and a seventy year old man...did we seem like the kind of group that was seconds away from posting a party notice on Facebook and filling the Embassy Suite atrium with raging partiers...? Bizarrely, we were the only people in our group subjected to this form...).

The hotel was perfect. The kids could see each other from anywhere because of the atrium set up. They had a blast tearing around the hotel. Their first game wasn't until the next day, so it was a relaxing beginning (and not a bad rest for Lukey, considering the start to his trip).

The facilities were great. Our first game was in an arena with this awesome big screen that showed replays. Pretty cool.

Not as cool? Losing our first game to the Junior Florida Panthers by a massive margin. Lukey had some sweet save replays on the big screen, but there quite a few highlight reel goals on him in there, too. 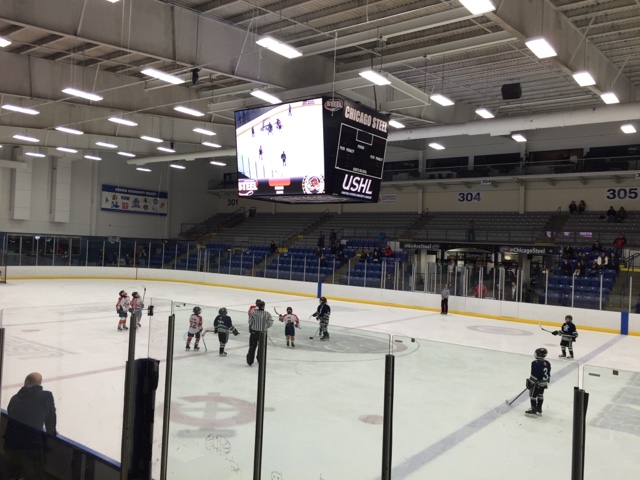 Our next game was against the Chicago Bruins...and it wasn't any better. 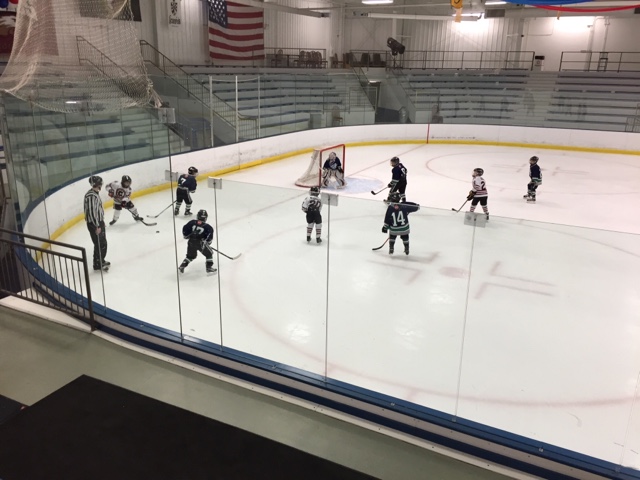 Interspersed between disheartening loses was food...and lots of it. We were absolutely stuffed over the course of the four days of tournament. It felt like we were always either on our way to a game or on our way to eat. A lot of eating.

Pictured below is our deep-dish pizza experience. I think this picture was taken mere seconds before Jonny pushed one of the upper tier pizzas right off its stand and onto the floor behind the table. Incredibly, we did this to TWO pizzas. Even more amazing, the restaurant said that had NEVER ever happened before. Let alone twice. 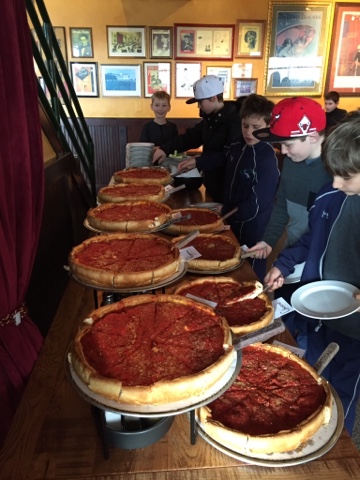 The upside? There was so much food, we didn't miss those two whole pizzas 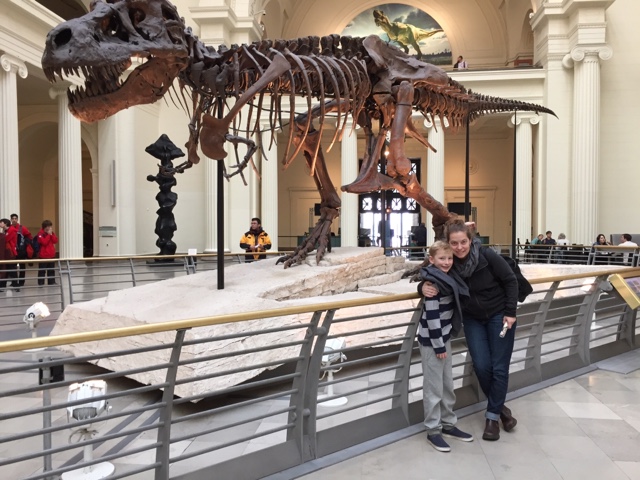 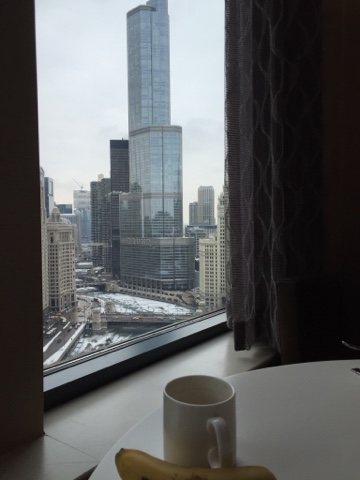 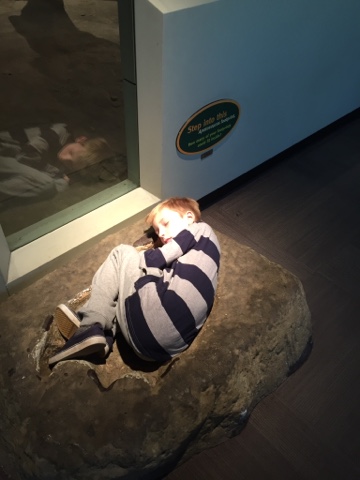 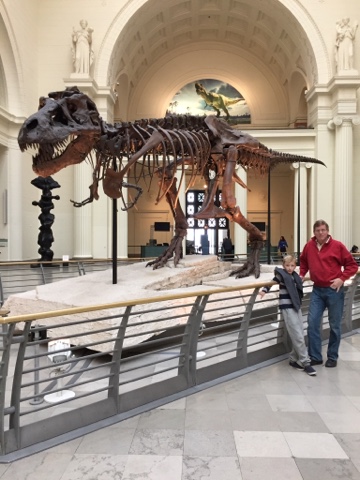 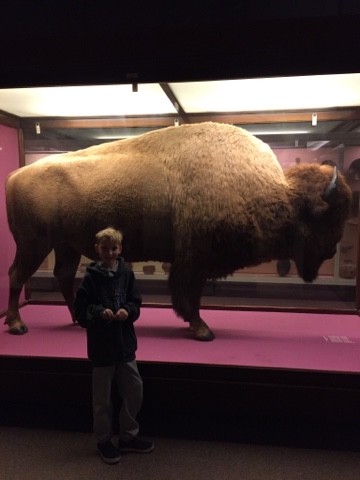 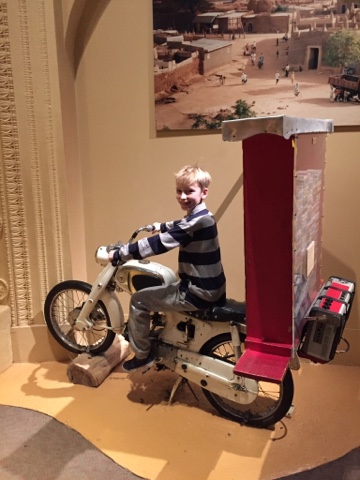 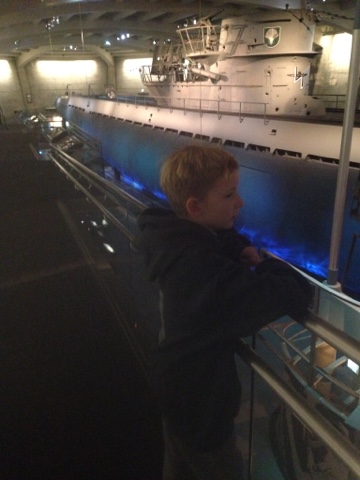 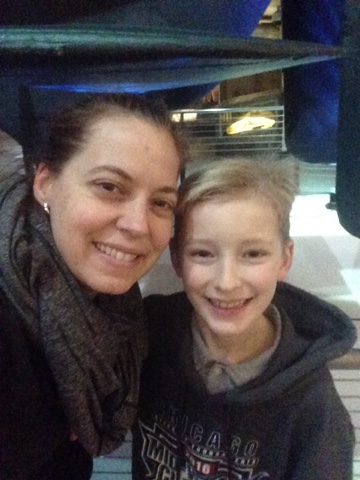 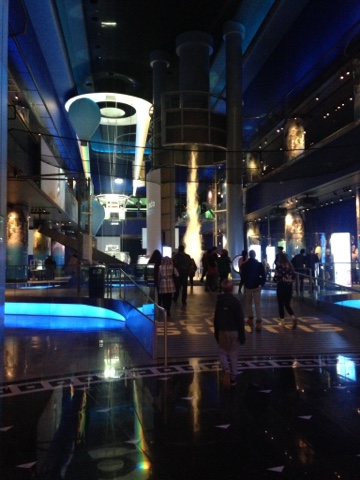 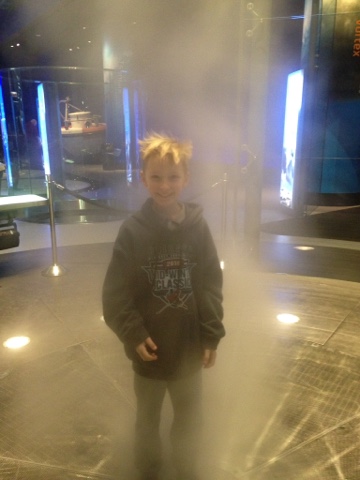 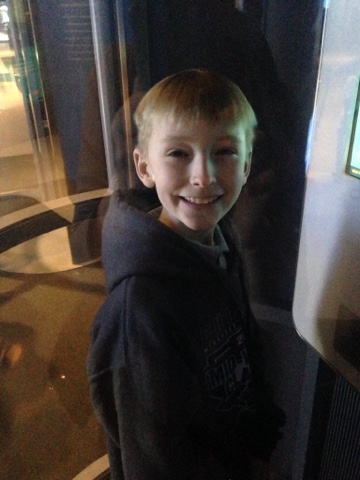 Posted by Ericandles at 12:47 PM No comments: