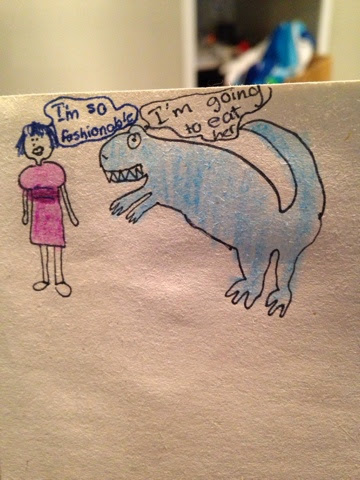 By Molly
Posted by Ericandles at 3:14 PM No comments:

I would just like to say thank you for all my great gifts. I love my playmobile. it is in the playmobile hospital so all the kids can learn. And my magic dough. I'm going to have to wait move in to our new hose to make it but I'm very excited to make it.

The tic tacs are very good. I have not yet tried the mentor but I will soon. I love all of my socks, but my favourite pair is the one with the manatee's on them. The chapstick is very nice and the marshmellow Santa looks very good too.

I also really liked the body wash. Do not worry I will make sure that I always put you'r star in the middle of the tree, so you can always see it. This Christmas was the best ever. I do not want this letter to be very long because I know you are very busy.

I hope you injured this Christmas as much as I did. And I also hope you are on vacation to get some rest. I'm already planning for next Christmas. I hope you had a happy new year too. 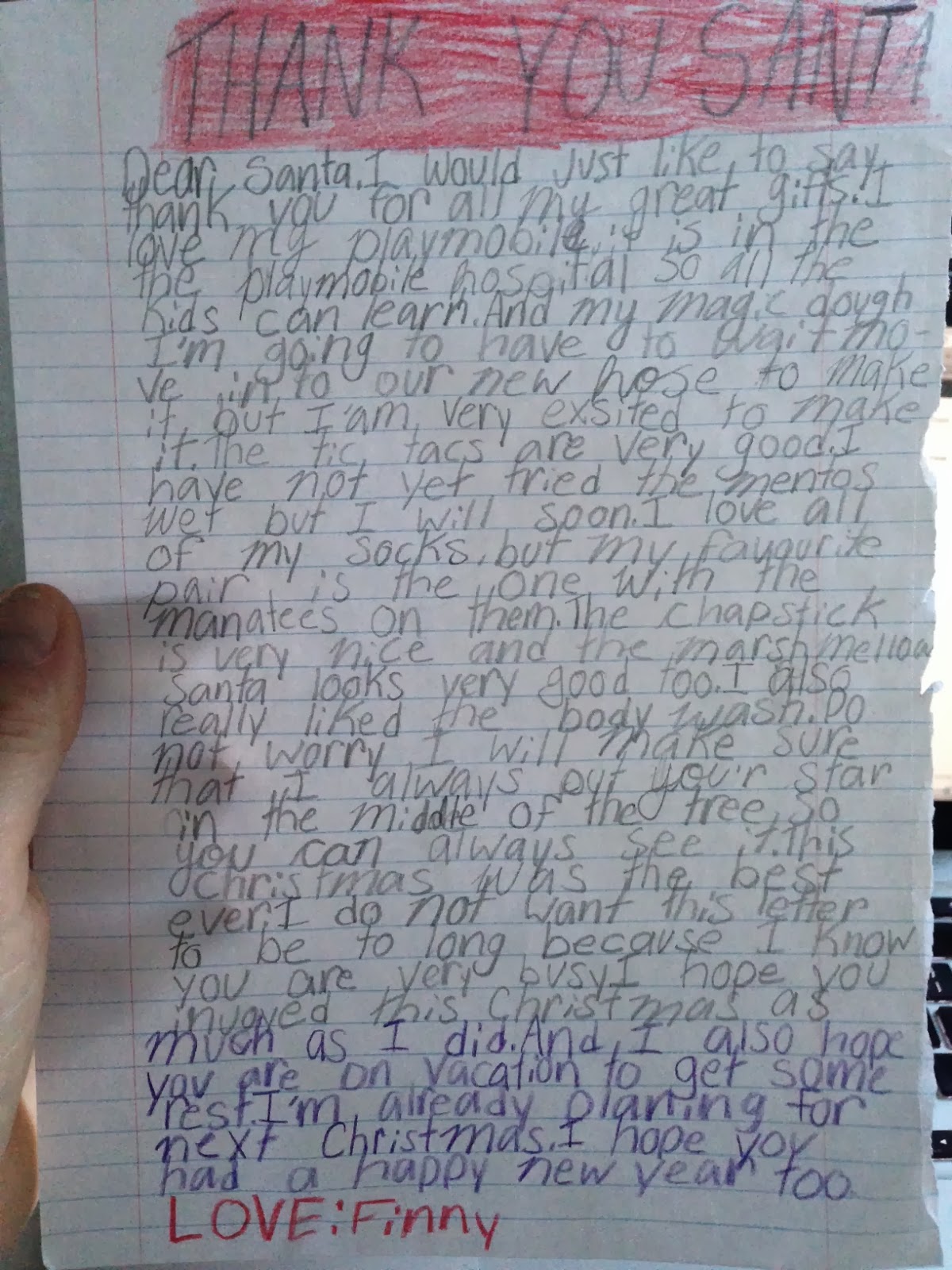 Posted by Ericandles at 2:50 PM No comments: 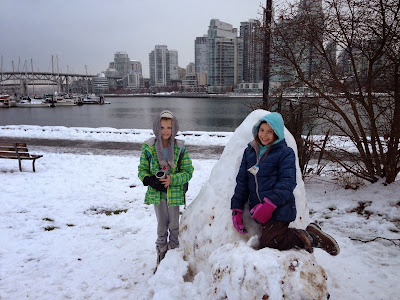 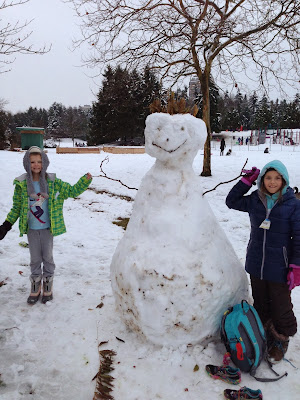 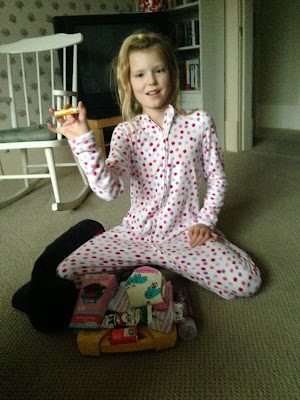 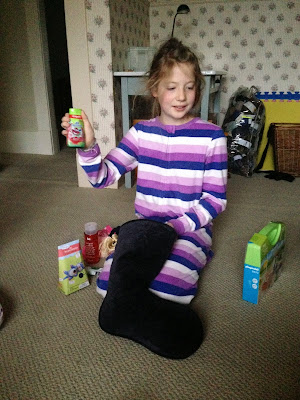 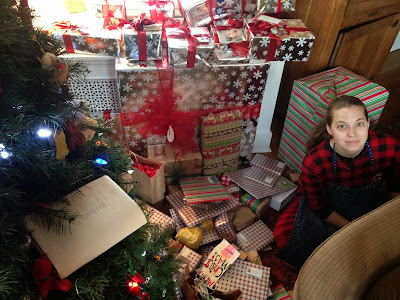 Posted by Ericandles at 12:37 PM No comments:

I was raw coming out of high school. Really raw. My basketball experience was pretty much limited to one coach and I wasn't very good. Looking back on it, I wonder, if I was coaching the UBC team, would I have given young Eric a spot on the team?

I played 5 (actually 5 1/2 years if you count our time in Austria and France together) years for Bruce Enns and he has done a lot to shape my life. He gave me a chance to be a basketball player when few others would have done so. 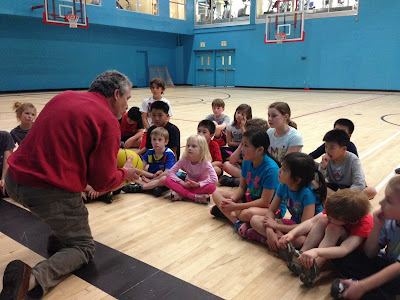 Bruce loves a project. He loves to teach. He loves to help young players improve their games...which is exactly what I needed too. Here is Bruce sharing his knowledge with players from our Split Second Basketball class.

The rest of the weekend was a big, long reunion. On Friday night I met up with 3 long term UBC team-mates, Brady, Ken and Derek for a fantastic buffet dinner at Jericho tennis club before heading to the game. Barnaby Craddock, a friend and rival player, coached the University of Alberta to a convincing win over the Birds on Friday night. 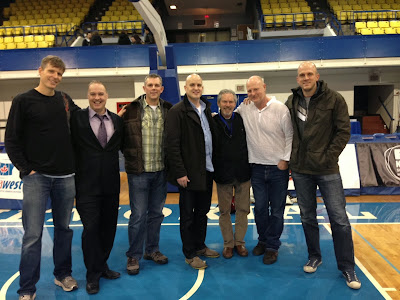 On Saturday afternoon, I organized a get together at War Memorial for the boys to meet up with Bruce and to play a little ball.  We ran for an hour without any injuries....success! 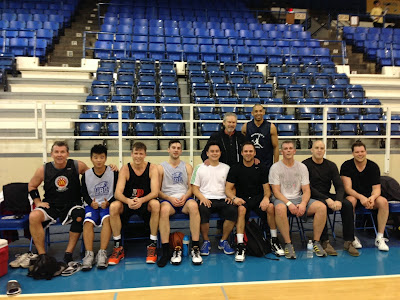 We were done our run in time for a pre-game meal at Mahoney's and to watch the end of the Seahawks game.

The T-Birds played much better on Saturday night and won convincingly against the Saskatchewan Huskies.  Dozens of former players came out to see and support Bruce, who was honoured at half-time.   After the game we got together for some pictures before post game drinks at Mahoney's and The London.  We didn't tear it up quite like the road trips of 1995-97, but I still felt pretty rough coaching Lukey's 8am hockey game Sunday morning. 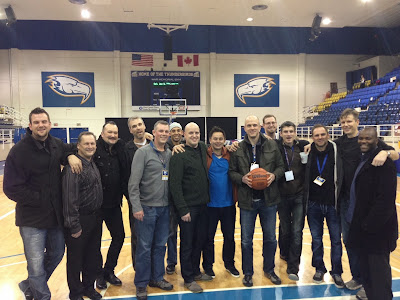 The bulk of our 1995-96 Canada West Championship team. 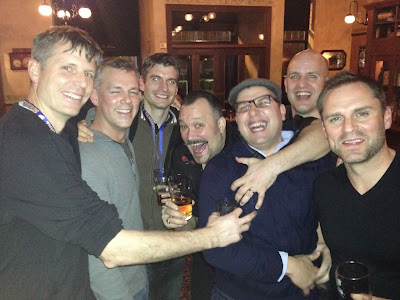 Posted by Ericandles at 12:35 PM No comments: