Home for a Rest 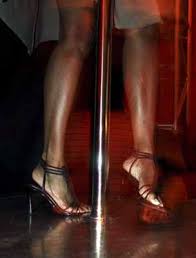 Today was a funny day. I pick up some writing work here and there. Pen for hire...freelance scribe...blah, blah, blah. Articulate for a writer, aren't I? Anyway...

I took a little job writing web content for a local company. I got the name of the company CEO from the website designer and I have had an unbelievably tough time tracking this guy down. The CEO of the World apparently has nothing on the daily "to-do" list of this guy because this dude is apparently incapable of returning persistent phone messages or emails. Not the highest paying gig in the world, so I'm not that thrilled to be wasting a bunch of time just dialing the phone. Over and over. And over. Again.

So, today I finally got this guy on the phone. Live. In person. It's only been two weeks. So, at this point, two interesting things happen:

1. You might assume someone as busy as the CEO of this company would be doing something unreal, like saving the rainforest, or feeding orphans or something. No. I found out today that this "brass" company I needed to write the content for is not just making brass. Nope. They make brass...stripper poles. Cue: Jaw dropping.

2. The moment I actually get to talk to the actual Stripper Pole Guy is the same moment that Lucas decides to experiment with the finer points of gravity by taking a dive off three stairs. Cue: Hysterical wailing (fair enough, really).

So, there I am. Talking on the phone with an illusive strip pole CEO, cradling a screaming kid, but unwilling to hang up on a guy that is harder to reach than Mars. To cap off the image of weirdness that this conjures up: I have a Froot Loop necklace around my neck.

There is no doubt in my mind that I am the only person in the entire universe that this strange little sequence of events has occurred to. Ahhhh, working motherhood.

Or is that, motherhood not really working?
Posted by Ericandles at 10:31 PM