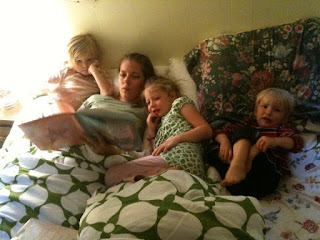 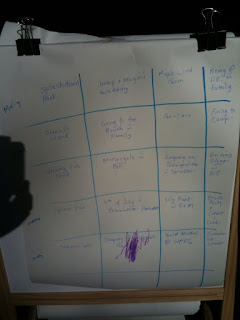 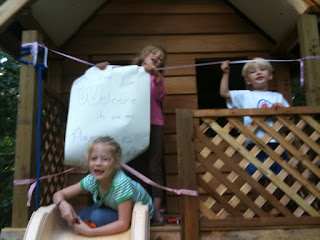 The work on Point Roberts has finished (new bedroom floor and paint, carport roof, hedge trimmed and cedars cleared), the playhouse officially opened with the cutting of the ribbon and everything has been packed up and put away for the winter. It is hard to leave and call an end to what has been an awesome summer....but we take some great memories with us. The girls often love to play a game at dinner and we decided it would be to each list some the most memorable moments....hence the chart. Lucas totally understood the game and showed what a stereotypical boy he is by choosing three activities that involved him riding on powerful machines. He really made some changes this summer, going from a breast feeding, diaper wearing little toddler to a much more independent, toilet trained boy who spent hours running around the yard on his own with little supervision. He was constantly getting me to help him ride Finny's pedal bike or scooting around on the Like a Bike. He stopped napping entirely and mostly managed to stay awake with his sisters on some pretty late nights. There was nothing we wanted to do as a family but couldn't because of having Lucas with us. I think I'll most remember the summer of 2009 as the one where we lost our baby but gained a great little boy, full of spunk, laughter, imagination, love and some pretty strong temper tantrums. It is not easy to get that little boy to put on or take off something he has decided against!
Posted by Ericandles at 11:33 PM