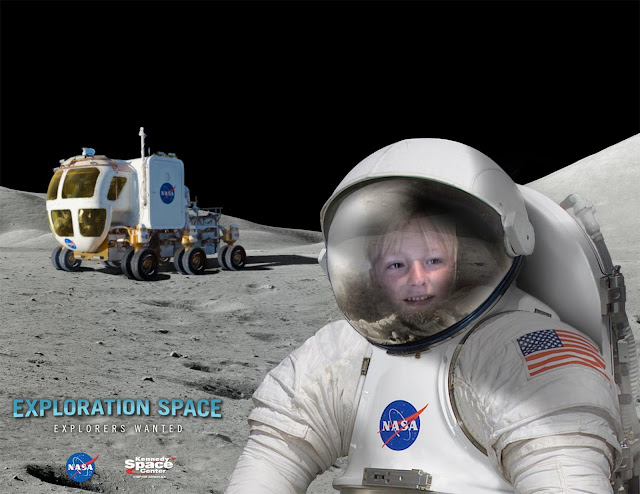 There was a booth at the Kennedy Space Centre. We made astronauts of ourselves. Cause it was easier to do it this way than, you know, going to school and learning all that space stuff. That sounds hard. 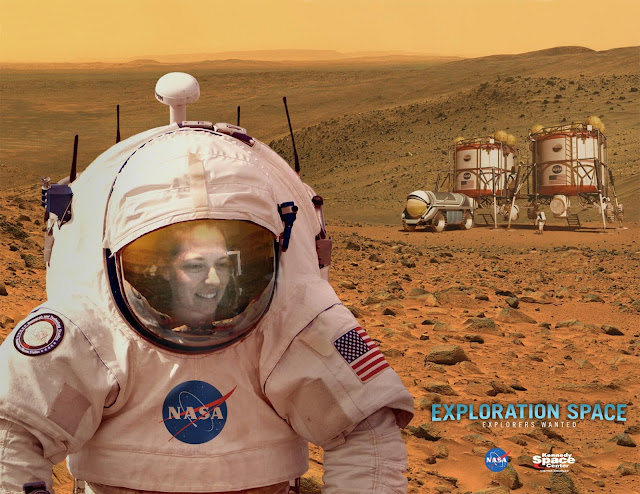 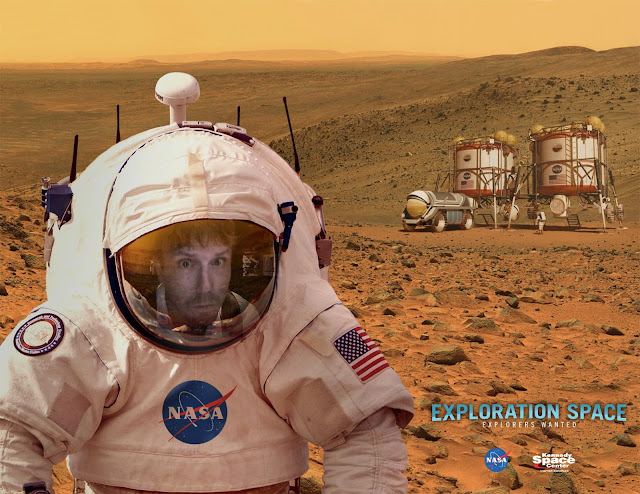 I don't think Eric has "the right stuff". He looks scared. Tentative. Really nervous. Mars is going to eat him alive. He's lucky I am there, too. I seem to be as cool as a cucumber. It's alright, Eric. I got this one. 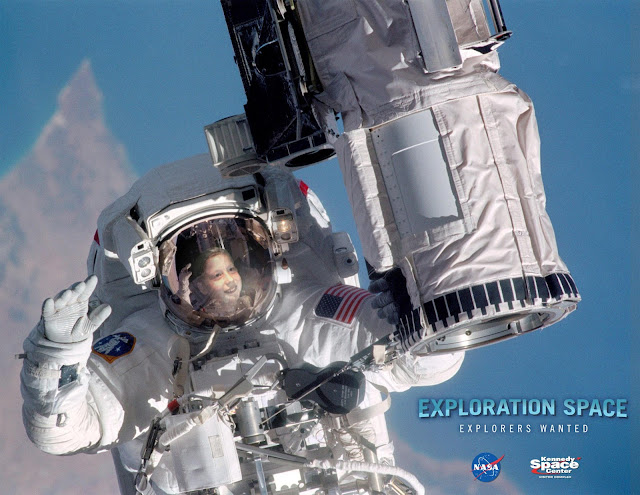 On our way back to Earth, we can swing by the space station to say hi to Molly. Her head may be tiny for her body, but she's an astronaut...so she's brainy.

Alright. Enough of that.
Posted by Ericandles at 12:09 PM