There's little that fire fighters like more than a free dinner or dessert treat.....so we have lot's of traditions to make sure that this happens.  Last week my shift's probie, Booker Hobbs, made us a dinner to celebrate the end of his first year on the job.  Tonight dinner was on me, a belated celebration of reaching the status of first class fire fighter.  This means that I am now at 100% wage and considered a fully trained fire fighter.

I decided to go with a seasonal dinner of turkey, mashed potatoes, roasted cauliflower, carrots and onions, corn on the cob, finished off by pumpkin pie and whipped cream.  I managed to pull it off surprisingly well..... which I guess proves that I actually have learned something in my 3 1/2 years on the job. 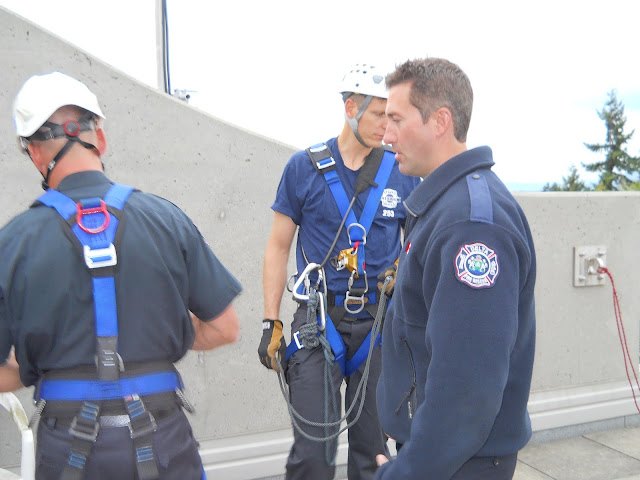 We also trained for our high angle duties, something we regularly do pretty regularly at this hall.  Although it seems like a big jumble of ropes, carabeeners, harnesses, anchors and pulley's, we have enough experienced guys that we can do some cool rescues. 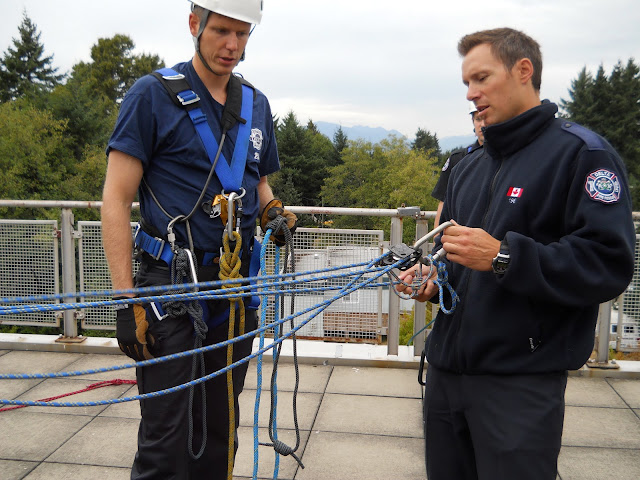 I am not a huge fan of heights but don't mind them too much either.  However, this stage of the evolution, before the line is weighted and I can feel secure knowing the rope will hold, is definitely my least favourite part of the whole thing. 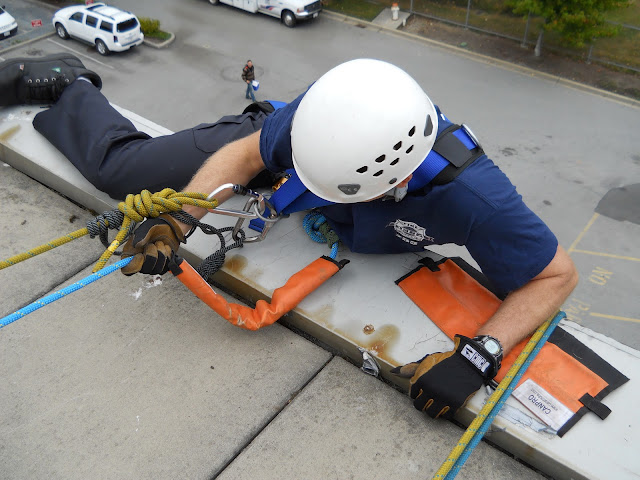 So it's pretty natural to hang on until the rope catches. 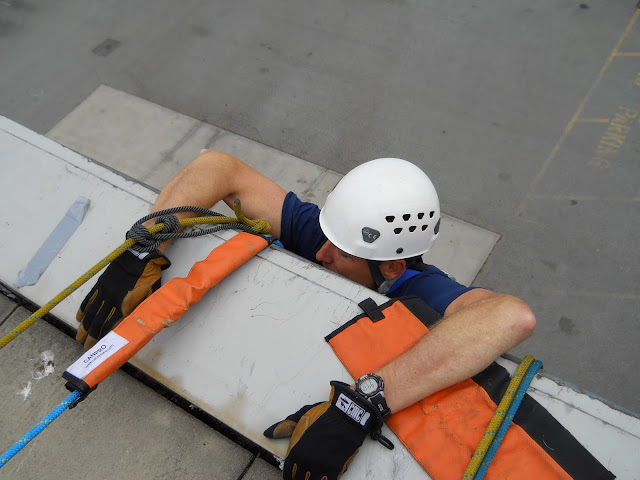 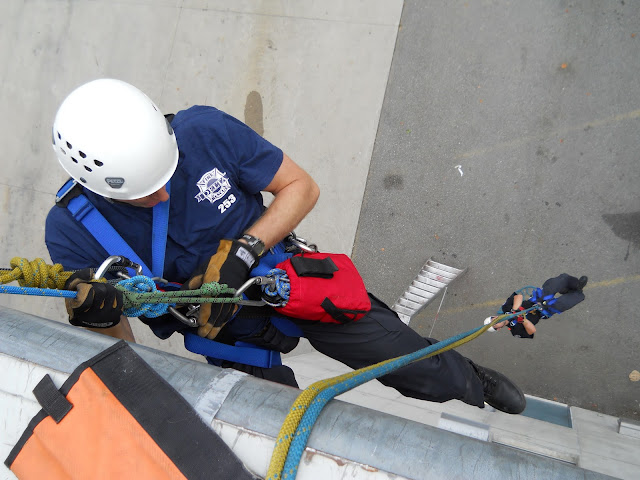 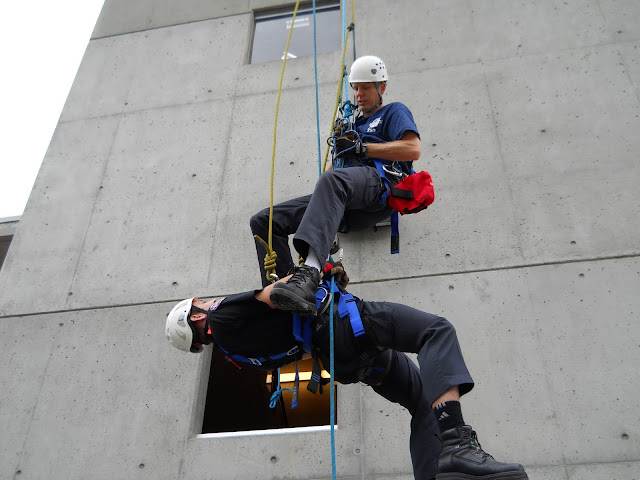 This is the last major milestone on the job for quite a while.  Apart from some driver training for the engines and ladder trucks,  my role on the job will stay pretty much the same for the next 10 years when it will be time to train for being an officer.  It sounds like a long time but everybody says the same thing as I have felt so far....time at the firehall goes by so incredibly quickly.
Posted by Ericandles at 9:41 PM