Up to this year, basketball has been a purely conceptual exercise for Molly. She plays once or twice a week in Eric's program. Because the sessions are primarily skills based, she is pretty solid on the elements of basketball.

It is putting them all together that is brand new...and slightly perplexing.

The picture below is my dear girl getting her third or fourth foul in the first quarter of her first (ever) school game. Molly is guarding number 59. And...she is doing a great job. The only problem is she is guarding in the back court. The rule in elementary school basketball is "no guarding until the ball gets over half court." Well, that's not what Moll learned. She was playing some awesome defence.

Too bad it was illegal. She was MAD. Really, really steamed. Which I found hilarious. And a little heartbreaking. They had their very first team practice at lunch hour on the day of their first game. 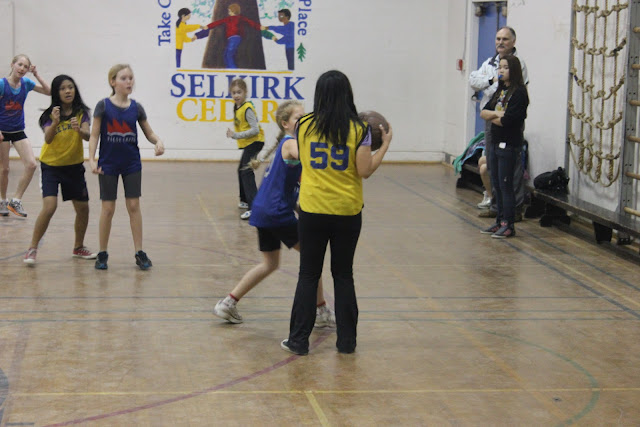 Our girls lost. But they were gruesomely overmatched. They were a group of six grade fives. Against a group of 16 grade sixes. That's our bench on the left. The girls in yellow were our opposition. 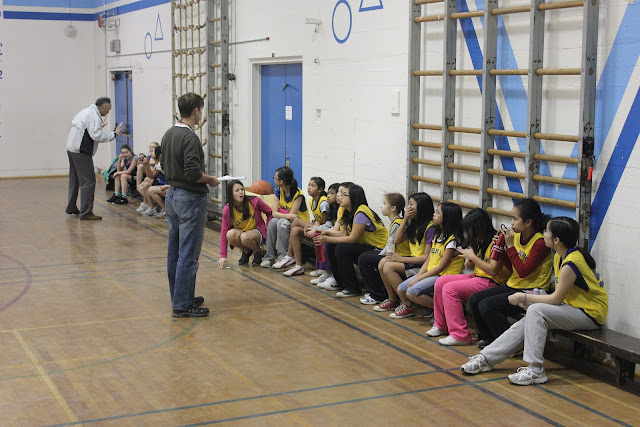 There were just as many scorers and officiants as we had players. 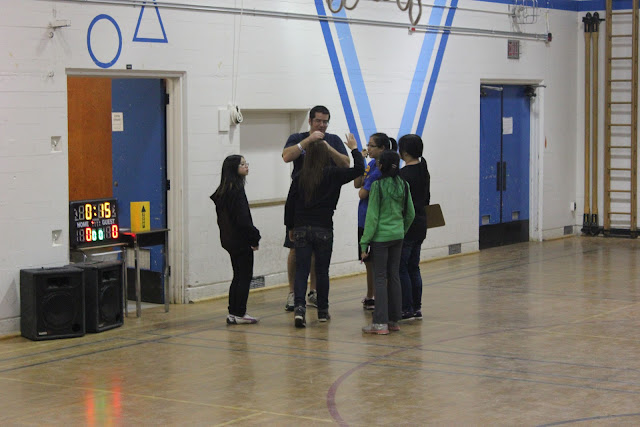 The good news was that they got lots of playing time each and none of the girls ever wanted to sit out. Despite the drubbing they took. For a first game, I was very proud of our girl.

Molly took all her conceptual learning of bits and pieces, skills and drills and pulled them together into a whole. It was a valiant first effort. 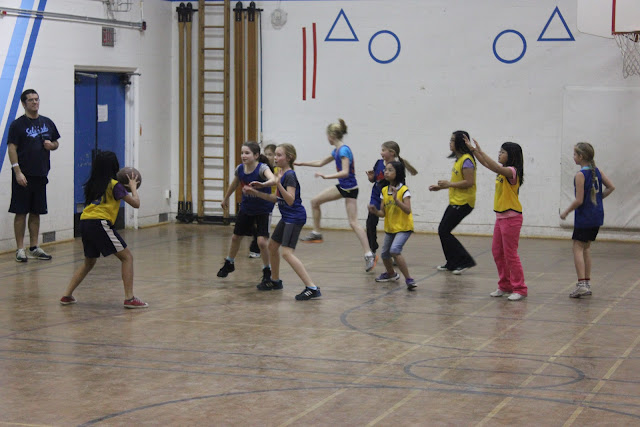 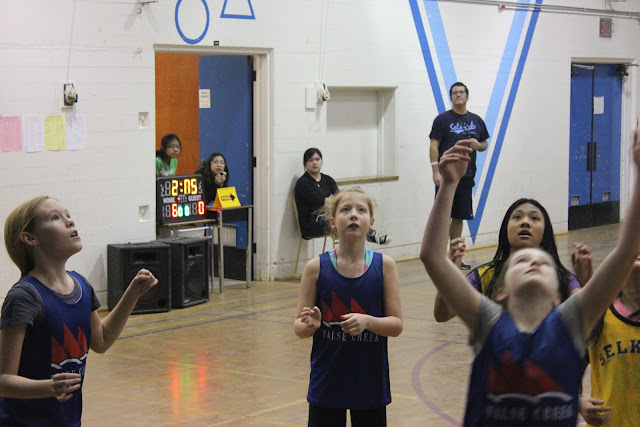 Posted by Ericandles at 1:18 AM