The end of a good year. 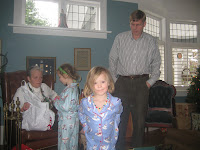 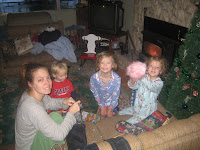 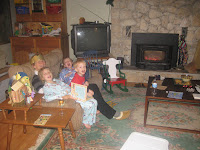 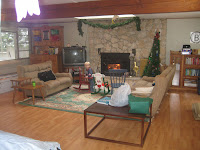 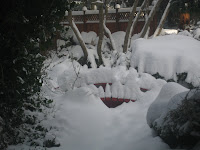 Christmas was great. We got the rare treat of having snow on the ground for all of the second half of December. From the time school was out on the 20th of December until the 5th of January, the family stayed down in Point Roberts. Instead of measuring time by how long we have between dropping the kids off at school and rushing to their next activity, we changed our focus to how long we could go before putting the next load of wood on the fire. We played lots of board games and Wii (mostly RockBand, Wii Fit and MarioKart) and read many books. We went sledding at Diefenbaker park and Les and the kids went skating at the DFD Christmas party. We had the Halls come down for dinner and had 4 families (23 people) with children in Molly's class come down for an evening of drinks and food. We also had some really nice meals with family on the 24th and 25th.

Even with all these activities, there was still time for the best part of the season......time to relax, time to slow down, time to do nothing. I guess it's so valued at this stage in our lives because it is so rare.

I continued to work during this period, including a 24 hour shift over New Years Eve and New Years Day. Work was kind of the opposite to our home life, because we were busier than ever. Partly as a result of the stormier, snowy weather and partly just because things just seem to happen in waves at the fire department, my crew had 4 fires in 4 days of work. While one was a relatively minor car fire, the other three were major events. A semi-tractor trailer slipped off a block and caught fire in the middle of a snow storm. By the time we were able to get there the whole thing, cab and trailer, was completely engulfed in flames. We had to call in a tanker for adequate water before we could finally get things under control. The house on English Bluff was totally gone before we even arrived. Pretty much all that was left for us to do was save the surrounding homes and forest before digging around in the ashes for some irreplaceable family momentos. There wasn't much left. The fire on Beach Grove was a really unusual and stubborn fire. When a light socket blew and the sparks were fanned by the wind (it happened in the middle of a major snow storm)wipping off the water, a fire quickly developed in between the ceiling of the first level and the floor of the second. Although there was smoke coming out of the roof, we couldn't see any flames when we entered, but could definitely feel the heat. A couple of minutes later I started to pull down the dry wall of the kitchen ceiling to try and find the seat of the fire. The massive heat in the void space and the introduction of oxygen proved to be an explosive combination, knocking down the chimney, blowing out some ceiling panels in the living room and sending a lot of air rushing by me. The difficulty finding the fire in all void spaces meant it took a long time to extinguish. So for over 3 hours we were fighting the fire in an intense snow storm, while at the same time trying to save as much of the antique furniture and china as we could. 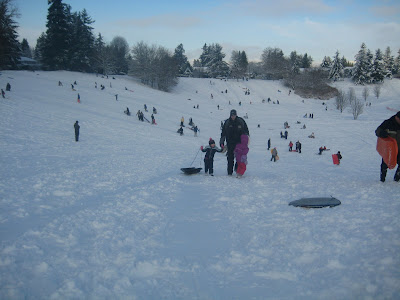 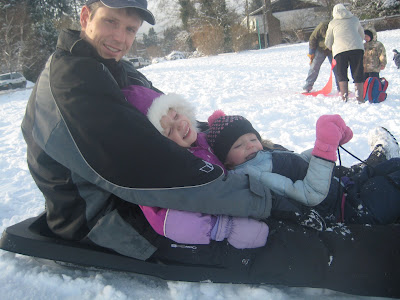 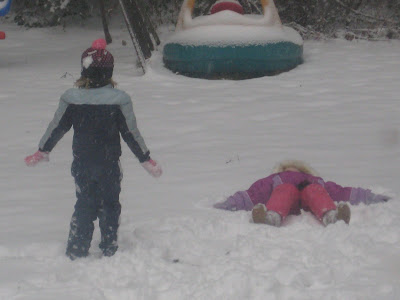 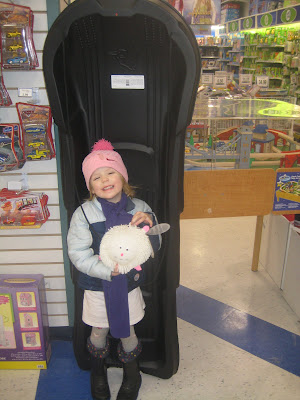 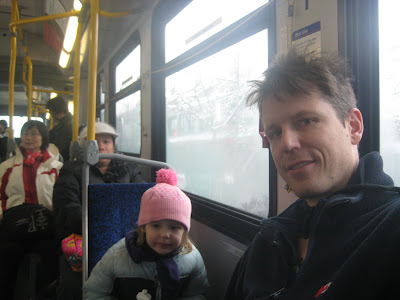 Being the end of the year also means I go to a new hall with a new crew. The group at 1C have been a fun but challenging crew to be a probationer on. As a parting present on my last day they decided I needed to be face washed.....but I didn't go down without some fight....at least one guy got a bloody nose.
Posted by Ericandles at 9:11 PM