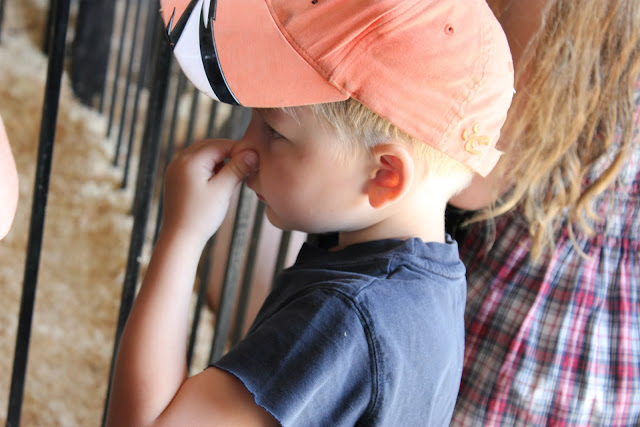 There are two types of people in our family: those with normal senses of smell and ordinary tolerance of bad scents, and those who are incredibly sensitive to smells of every sort.

Guess which group Lukey falls into?

We have dozens of pictures of Finny doing the exact same thing. They get it, in case you are wondering, from Eric.

The funny thing is that I actually enjoy the smell of fresh sawdust in animal pens. It is earthy and sort of pleasant.

We went to the Northwest Washington Fair with our great friends the McTaggarts. We forgo the PNE in favour of this very authentically agricultural (and much less crowded) display.

There are prizes for everything from best shortbread to finest examples of decorative grasses (FYI, if a ribbon at a county fair is what you are after, I recommend you direct your efforts to the grasses. Those things looked completely and utterly pathetic. I guarantee that if you plucked a weed from your garden and stuck it in a green glass bottle you have a good chance of placing in the top...two. I mean, wow.). 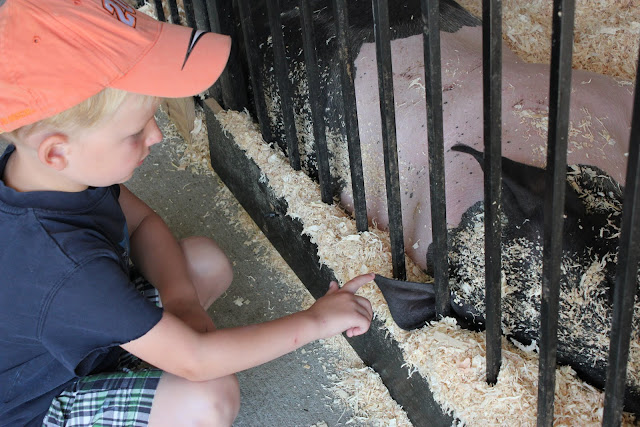 The mother pig pictured below had delivered those 16 (!) piglets just two hours before the fair opened that morning. The kids were fascinated. Alright, so were the grown-ups. Apparently mommy pigs get impatient with the same squabbles I do. We watched one mother squish a particularly demanding little piglet against the pen wall. On purpose. Hard core. 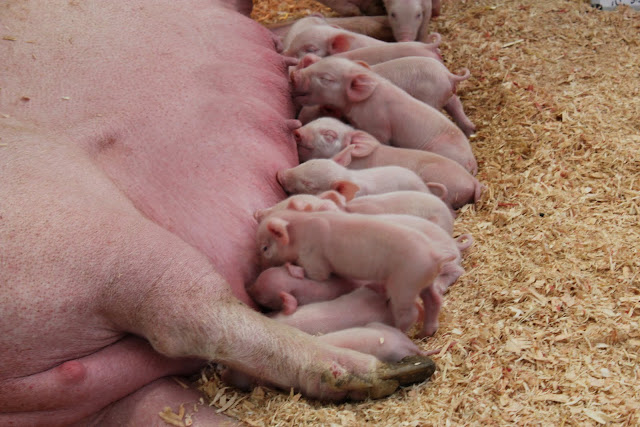 We have been crabbing this summer, but not with nets like these ones used by the guys in The Deadliest Catch. Those Alaskan King Crabs are some big sea spiders. The kids wondered if grandad would enjoy crabbing as much with those suckers! 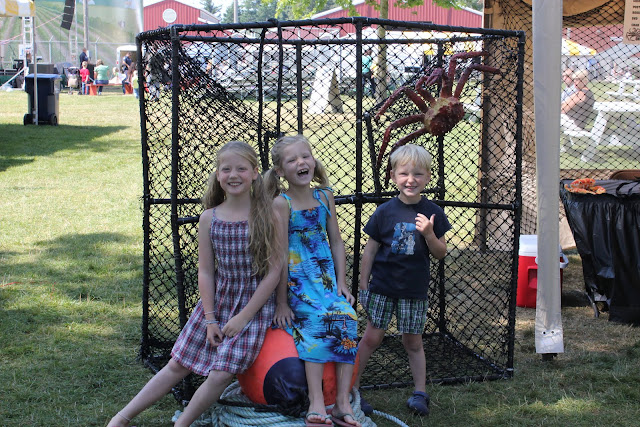 I told the kids we would sample some disgusting fair food. Things on sticks. Greasy things. We started wiht a loaf of fries that was the length of my upper arm and twice as thick. Below, you can see Molly holding up one of the longest ones in the bunch. 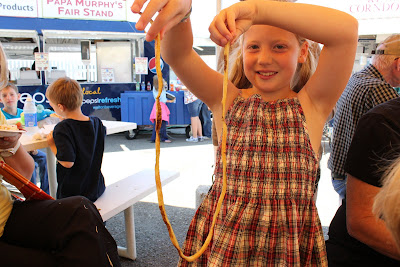 Here's our favourite little sweetpea, Matthew, going wild for the horse show. He is making his sign for "more", as in "more horses". There was no shortage. 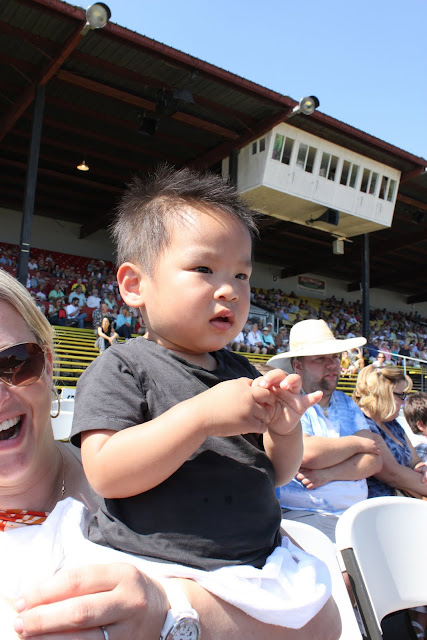 Enthusiastic tractor driving. Too bad he doesn't have $23,699 in his Canuck zamboni piggy bank. 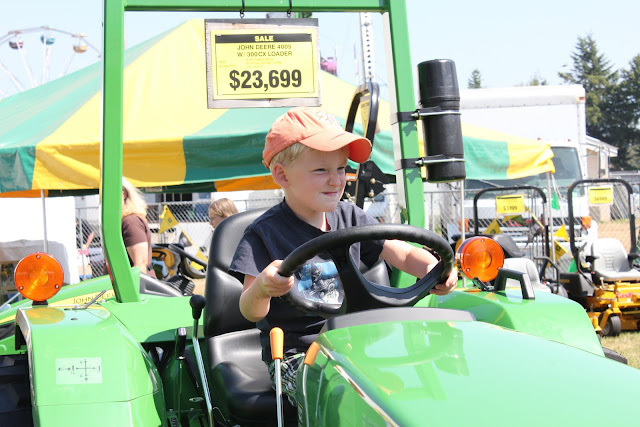 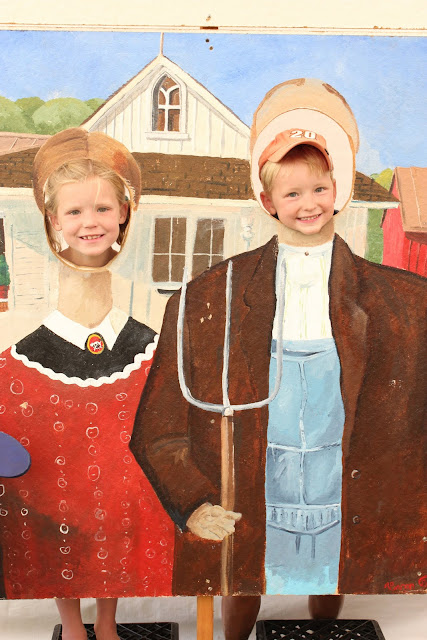 And milking. This little mechanical bovine had a real workout from our group. I went head to head against my friend Beth and suffered true humiliation. My frantic milking produced a very lame cup and a half. Beth squeezed out four cups! What the...? I guess I wasn't a Swiss milkmaid in a past life, but I know who might have been. 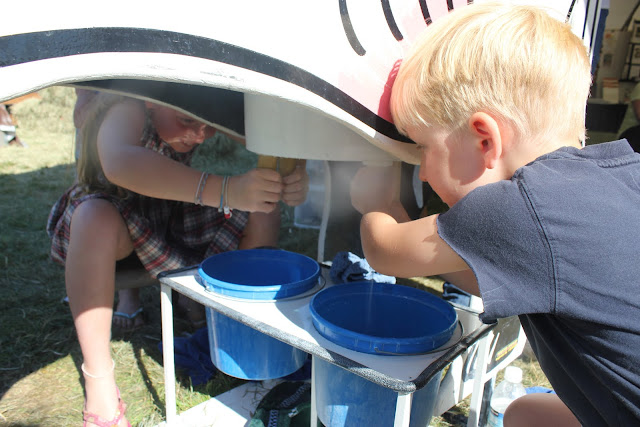