Here, There and Everywhere

Eric's birthday was on the 6th of March, but the poor guy was working all day and coaching basketball all night. The only way the kids and I were going to see him was if we took his birthday to him.

So we baked our cupcakes. We frosted them. We put gummy Coke bottles on top...which is kind of gross, but hey. Eric loves them. We piled them into a big ol' Tupperware container and drove out to Ladner. 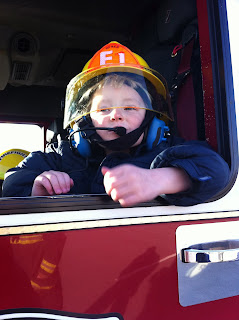 When we arrived, the firefighters were training. Eric's Captain was nice enough to let the kids watch what was happening. It was a great chance to see Eric in action and spend a bit of time on his birthday, but the real reward went to the kids. They were thrilled. Once they had put their hands on every little square inch of the truck, we headed inside for cupcakes. 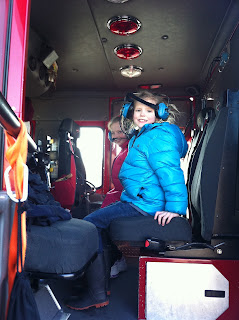 On one of our strike days, we headed out to Aberdeen Mall in Richmond. I have found the trick with the kids is to make every plan a surprise. They get so excited. I think they'd be happy making pipe cleaner spiral in a parking lot if it were a surprise.

Taking the Canada Line is huge thrill. As soon as they realized we were taking the SkyTrain, they didn't even care where we were headed. They just love the train. 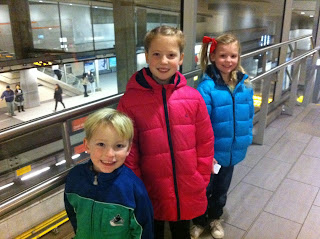 Lukey was playing chicken with holding on to the poles. He wouldn't sit and he didn't much want to hold on either. This is five year old independence. 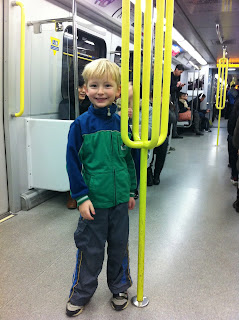 The girls were more sensible and sat down. But they squealed the whole time. Which, let's be honest, seems a little less sensible. 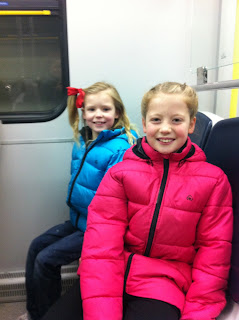 Aberdeen Centre is home to the incredible Daiso store. A Japanese import, it is essentially a tooney store,  but filled with the most wonderful things.

It is also home to an incredible food court. We feasted. Our lunch was a Vietnamese smorgasbord. Oh, and bubble tea.

The only disappointment for the kids was NOT taking the train home. We made up for it by riding home with my mom, who is almost as popular as the SkyTrain. And that's saying something. 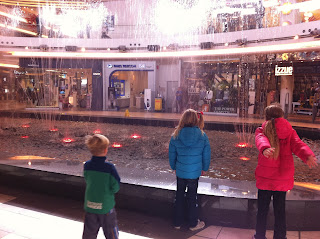 Posted by Ericandles at 2:16 AM