Saturday we went for a little jaunt down to Lily Point. Both my Dad and Eric's Mom happened to stop by our place at the same time, so we agreed to meet at the new parking lot for the Lily Point paths for a walk. 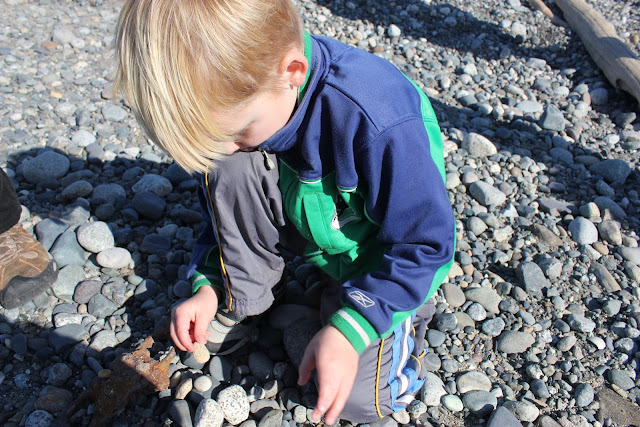 Lukey got really into whacking the old barnacles off rocks...with other rocks. 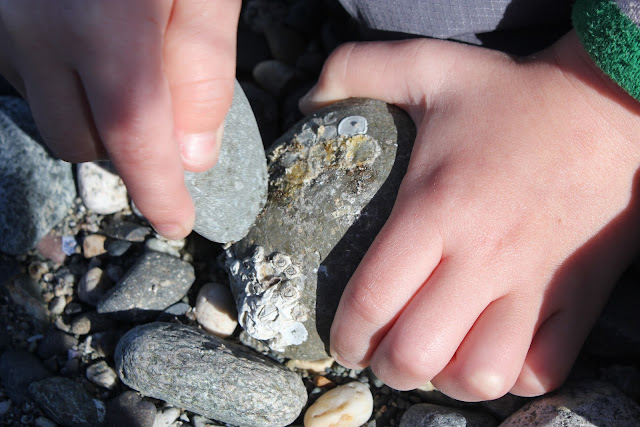 Finny was really into some Zen rock stacking. Until they didn't stack just right and then it was distinctly un-Zen. 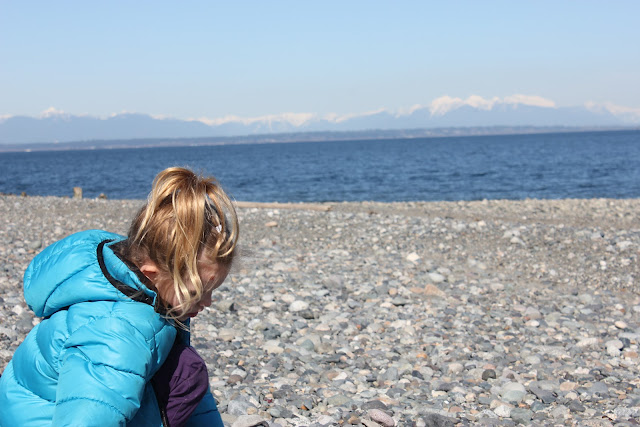 Lukey broke a rock in two. This was very exciting. 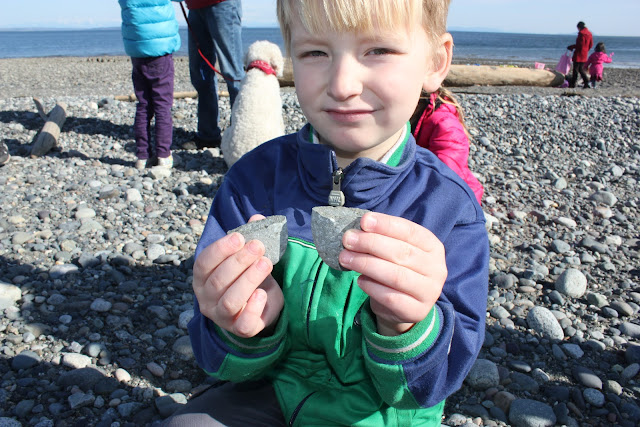 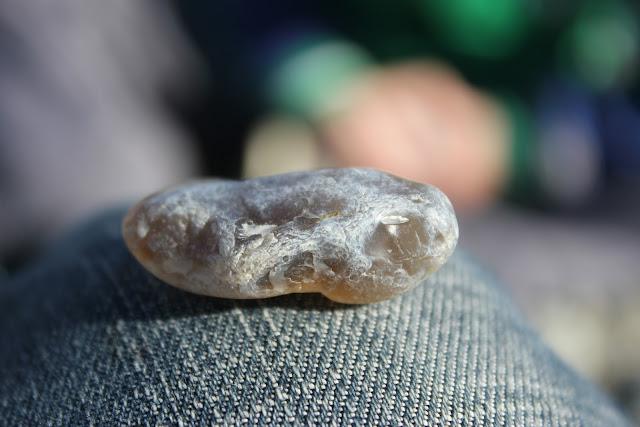 Molly...um, she was...okay, she was sniffing the rocks. She LOVES nature. 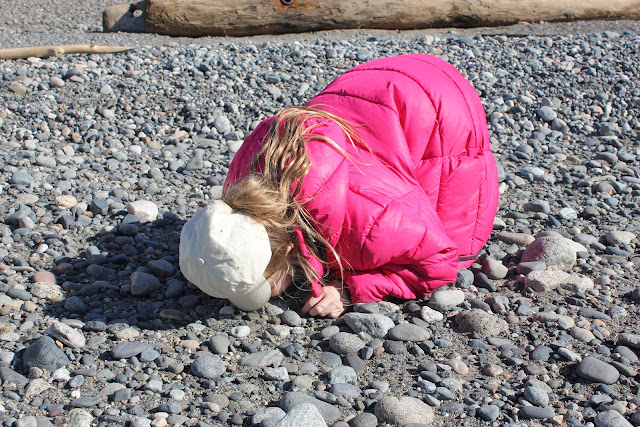 We went a little off-road and discovered the old water barrel for the cannery that used to be on-site. This is Eric inside of it. 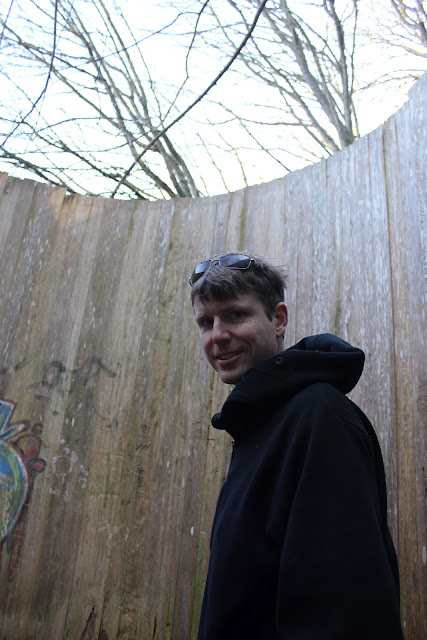 You have to really bushwhack to get to the barrel. It is hard to imagine how it looked when the cannery was operational. 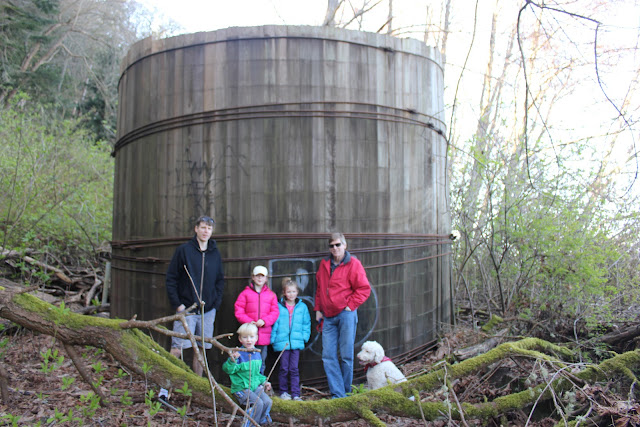 The lighting on the way back up the hill was spectacular. This shot screams Spring to me. 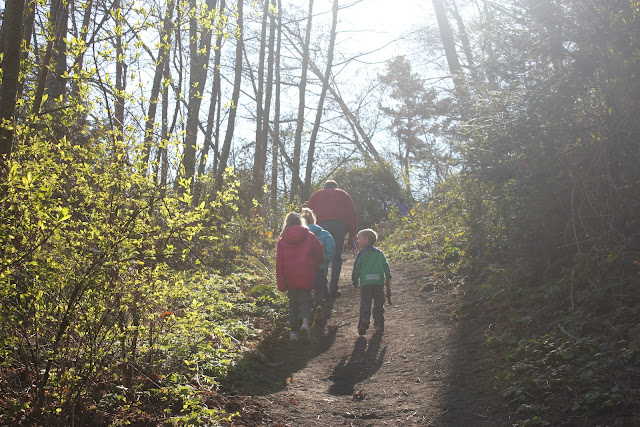 We took another day to bid a sad adieu to Spring Break...it was so needed, so enjoyed and so (already) missed.
Posted by Ericandles at 12:40 AM