This year, we decided to give Disney a pass. Last year was perfect and we didn't think we could have as much fun doing it again. Plus, doing justice to Disney is like taking on an intense full-time job for a week. I loved it, but it was daunting to think of repeating it.

So, we looked online for a bit and decided to buy a pass for SeaWorld, Aquatica and Busch Gardens. Unlike Disney, it is unlimited for 14 days. We actually found we liked that quite a bit. Instead of trying to get every bit out of fun out of one day, you can do half-days and be a bit more relaxed.

After two great days at SeaWorld, we drove back to Orlando from Cocoa Beach to try out Aquatica, a water park run by SeaWorld. 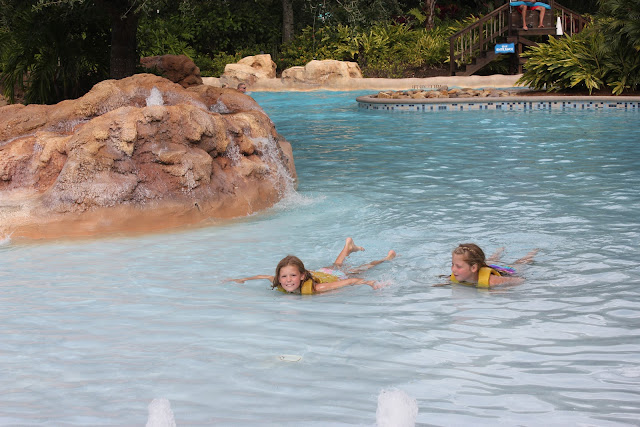 We had pretty low expectations, but ended up being really impressed with the park. It had a really nice layout and it was super clean. We all agreed it was the best water park we'd ever been to...

Possibly the nicest part was heated water. Most of the slides and pools were close to hot tub temperature. That's kind of my dream... 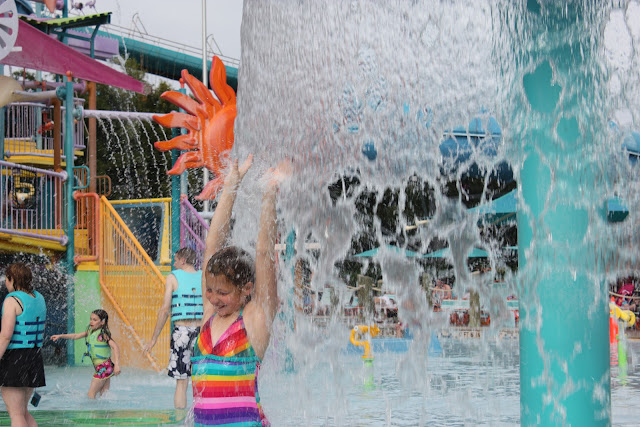 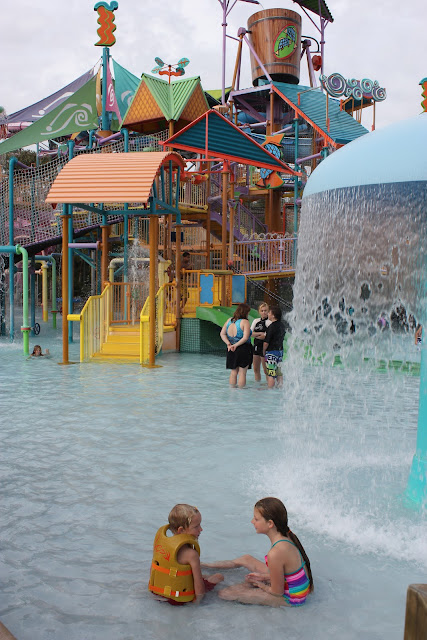 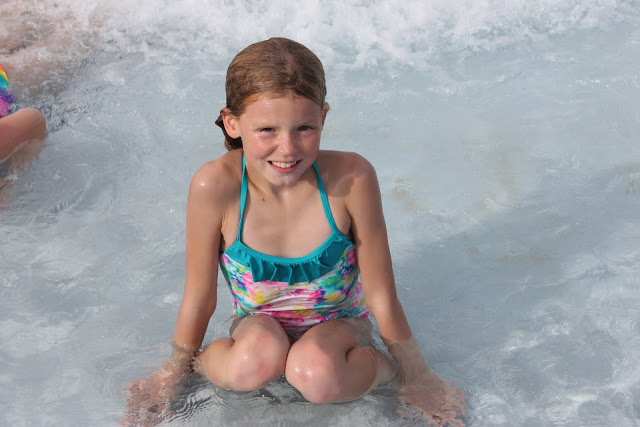 We discovered that Lukey isn't much for water slides. He tried a few, but mostly preferred to watch. 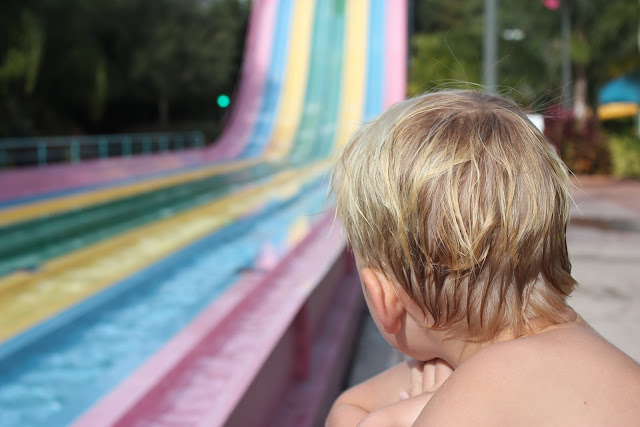 He and I watched Eric beat up on the girls in the racer slides. That's him in the green lane. 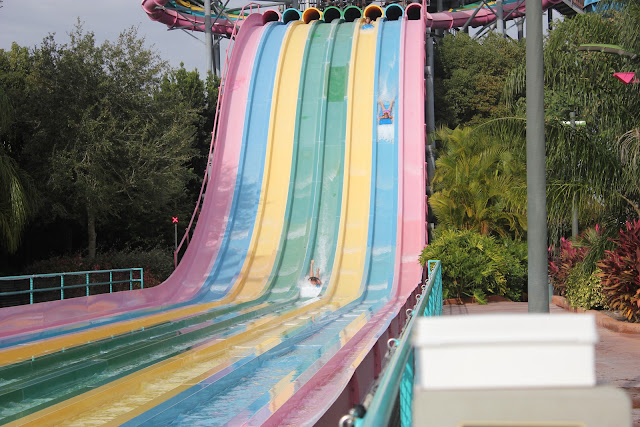 Molly, Finny and Eric went on every slide in the place. 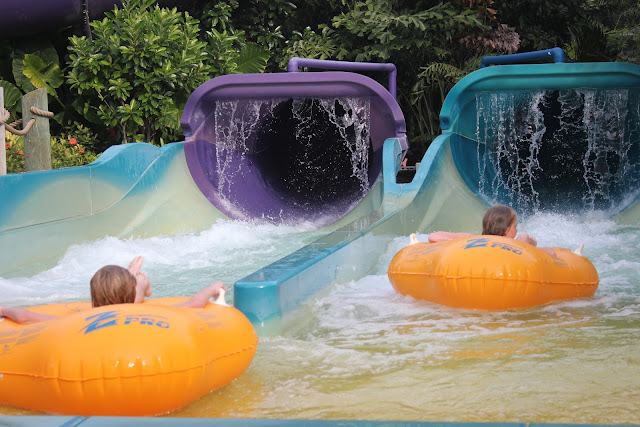 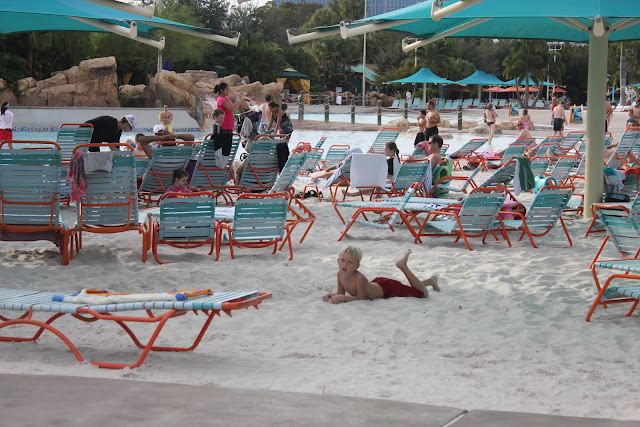 Our favourite thing to do was Roa's Rapids. It was an un-lazy river. You put on life jackets and there is a strong current that takes you around a long river. You can really fly. We held a bunch of family races, trying to see who could make it around the fastest. There were a couple of points I was laughing so hard that I couldn't breathe. Molly was super speedy. She knew where every single current was and could hit all the "boost" areas with flawless accuracy.

I could have done that one all day. 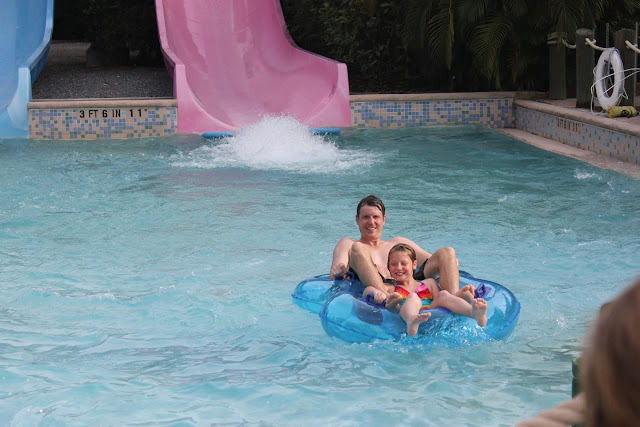 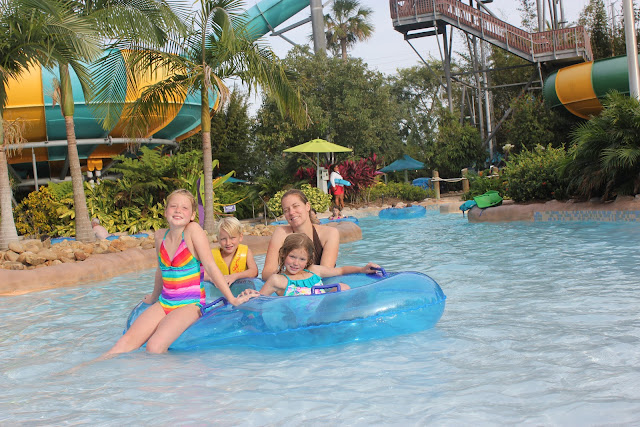 And, because we were gluttons for punishment, when Aquatica closed at 5, we headed to SeaWorld for another hour until it closed, too.

Molly was desperate to visit the manatees...

Eric and I rode the Manta roller coaster again. Then he and Finny rode the Kraken two more times. Then they went on the Journey to Atlantis. Taking advantage of no lines at the end of the night. Classic.

I loved the roller coasters, but it also nice to stand with Molly and watch the sweet manatees gobble their romaine lettuce in the moonlight. 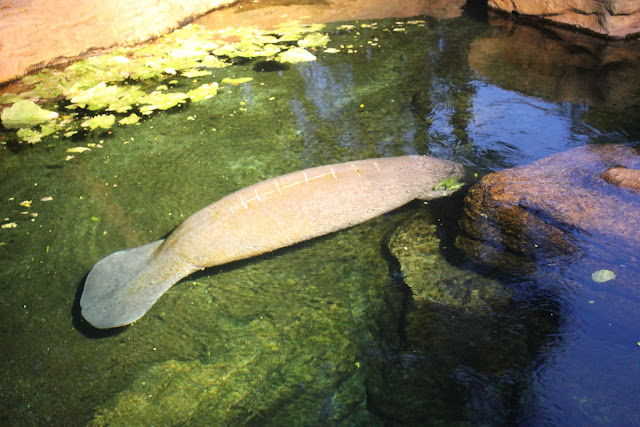 Posted by Ericandles at 9:18 PM