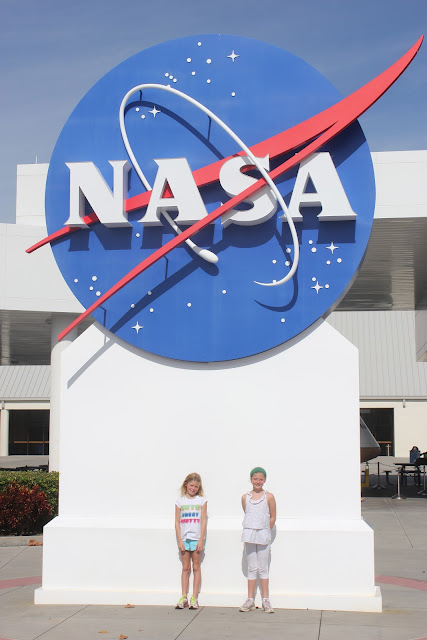 We didn't make it to the Kennedy Space Center when we were in the area last year. This year, we got excited because there was a rocket launch scheduled for November 13th, right in the middle of our stay in Cocoa Beach.

Unfortunately, the rocket launch was postponed until the 27th, but we decided to head to the Space Center regardless.

And look how close we got to a (picture of) a shuttle launch...! 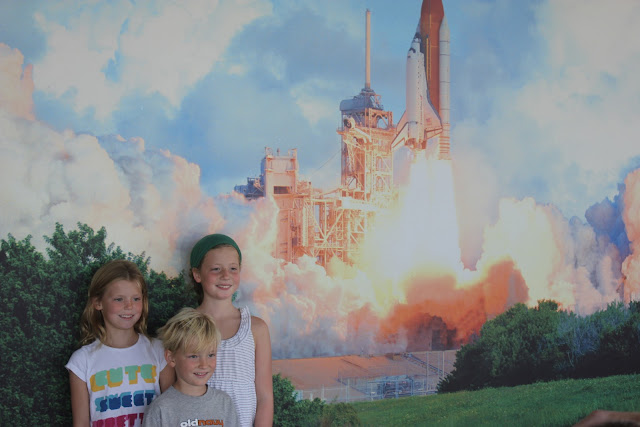 Incredibly, woefully underfunded NASA maintains and improves this facility purely from ticket and merchandise sales. Our admission was well-spent.

There is tons to see. There was a lot of information about the now dismantled space shuttle program. Some displays heralded the current Mars missions, but we couldn't help but feel the glory days of the shuttle were sorely missed by NASA and its enthusiasts. 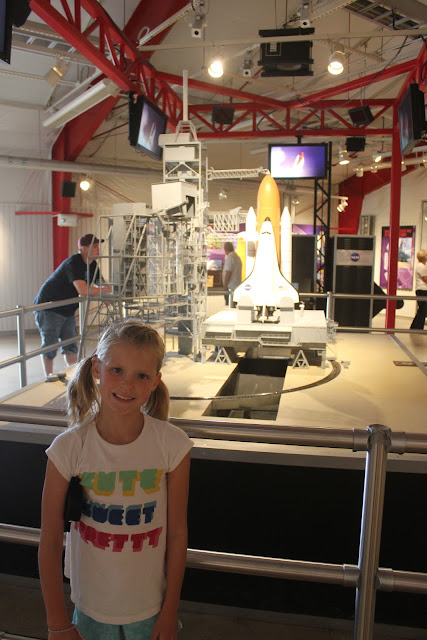 Another thing we found interesting was the "home craft" feeling of the construction of parts of rockets, boosters, shuttles, etc. It looks like the merger of a very technical AND creative process. Because they are innovating at every step, each component looks cobbled together and randomly (though I am sure it is not) stuck on. I mean, look at the...thing...behind us in the picture below. That's a lot of...stuff. 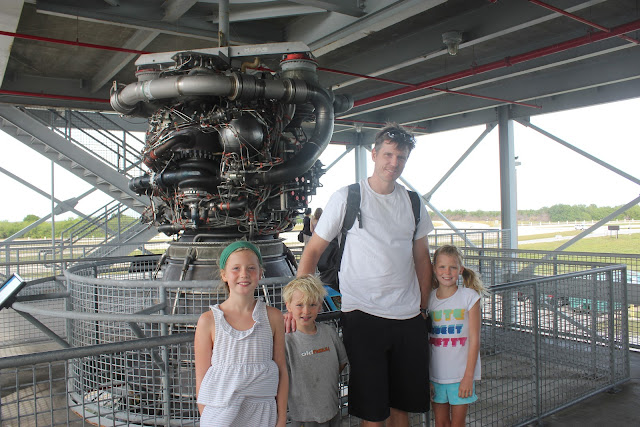 One of the highlights is standing below the retired Saturn V rocket. It. Is. Big. 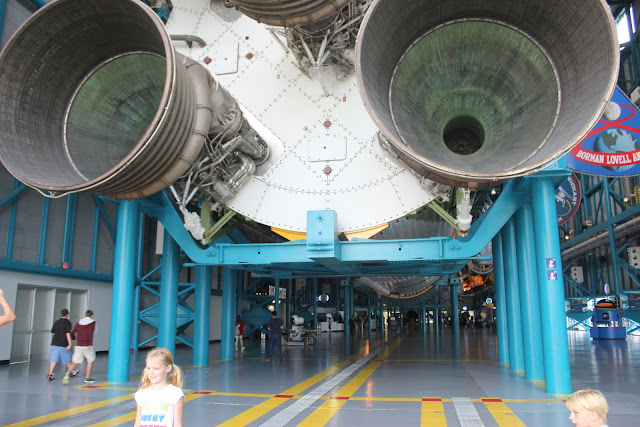 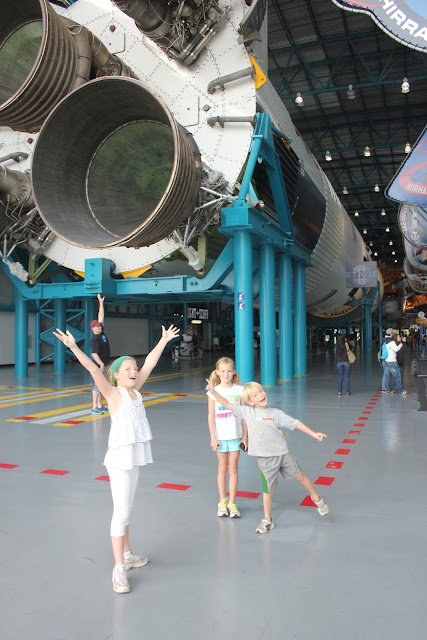 There were tons of incredible things on display, including this landing module. 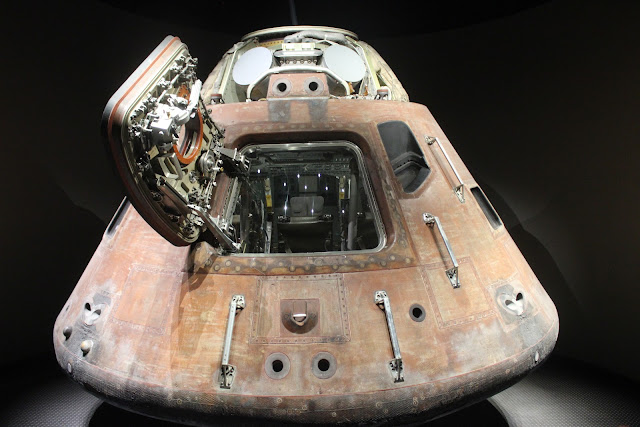 I think the highlight for Eric and me was the truly incredible IMAX movie about the Hubble telescope. It was 3D and the images from the Hubble were mind-blowing. They were both beautiful and brain cramping in their magnitude. It was mostly over the kids' heads, but we were impressed.

For the kids, highlights included the Space Shuttle experience, which simulated a take-off. Lukey was very apprehensive, but ultimately really happy he did it. Unlike a lot of rides, it wasn't intended to be scary. It was realistic.

They also really loved the opportunity to touch a rock from the moon. Apparently this moon rock is 3.9 million years old. Older than 99.99% of the rocks on earth. Don't ask me how that works. I have no idea. But I trust NASA. It's an old rock. 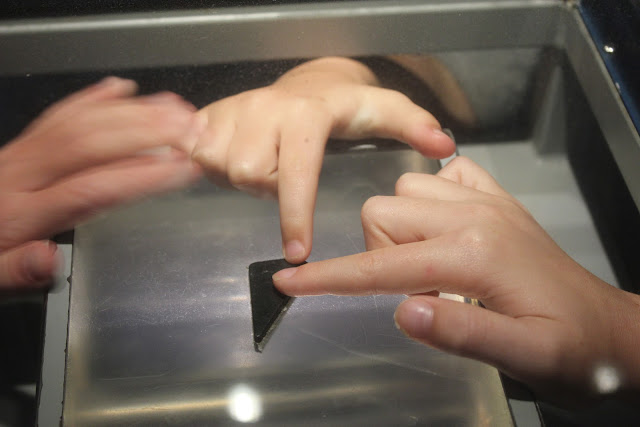 We are still hoping we might see the rocket launch on the 27th of November. Even if we don't, our experience at Kennedy was already out of this world (sorry...!).

Posted by Ericandles at 5:23 PM