We had been pretty busy, so we woke up and had a lazy morning. Slow hotel breakfast and leisurely swim in the pool. Eric took the kids to play basketball at the local park. 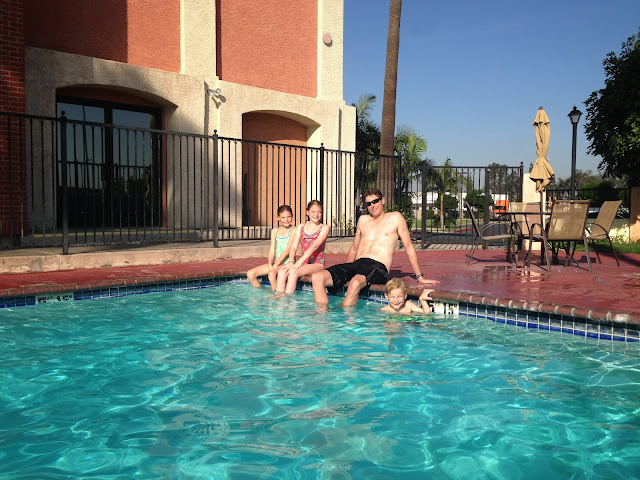 Eric and I have a friend from high school who lives in L.A., so we got in touch with him and he invited us over in the late afternoon. That worked perfectly, since we had to be really close to where he lives that evening...to watch the Clippers play the Timberwolves at the Staples Centre.

We had a great visit with Josh and his family and it was fun to see his new house. It sounds like the only place as crazy as Vancouver real estate might be L.A. (and San Jose, apparently). They managed to find a great little family house in a nice neighbourhood. It's fun to see what SoCal life is like, especially for friends from home.

As an added bonus, Josh works for the L.A. Kings. When they won the Stanley Cup in 2012, Josh got his own Stanley Cup ring.

And because the girls caught on that something awesome was happening, they got in on the action. 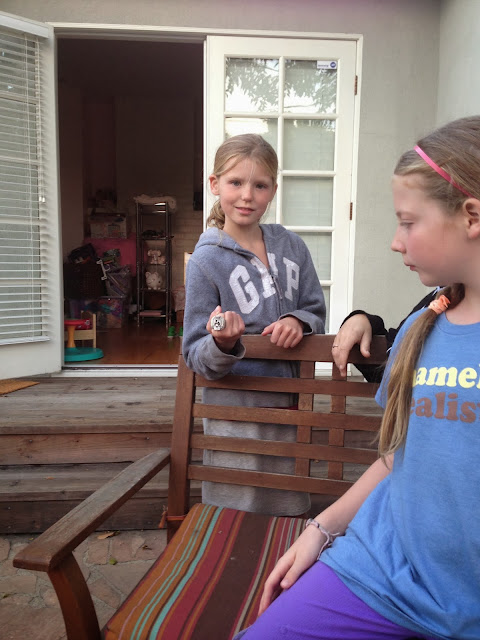 Molly even went all L.A. on us. 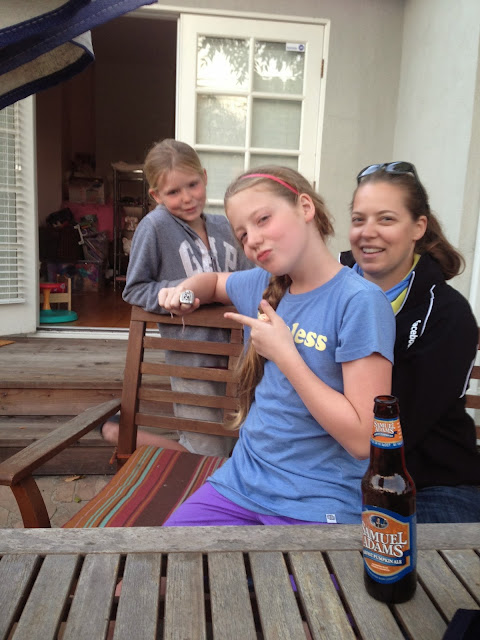 I told Josh that it might be smart to do a quick frisk on our family before we left. Just in case a small diamond-encrusted ring should slip into a pocket....

We had a short drive to get to the L.A. Live part of the Staples Center. 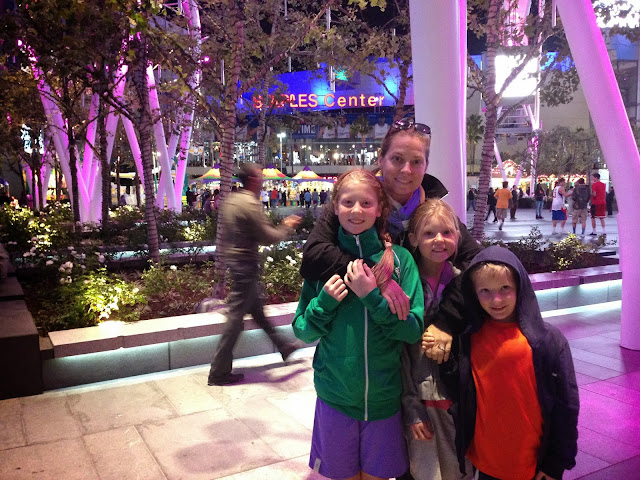 We set ourselves up with some excellent bottomless popcorn (five refills) and bottomless pop (four refills). It was a very entertaining game, so that was another bonus. 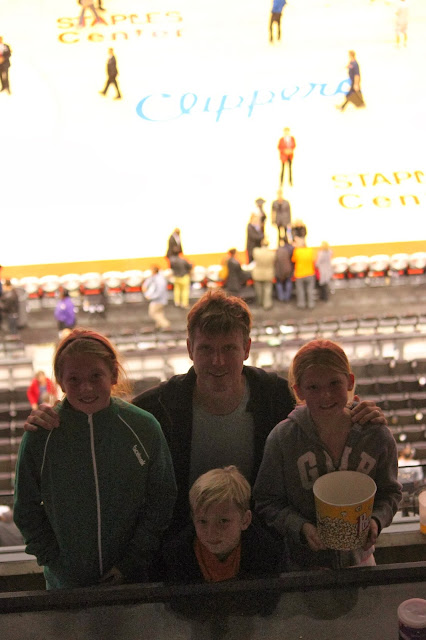 Hanging out under a massive Blake Griffin billboard after the game: 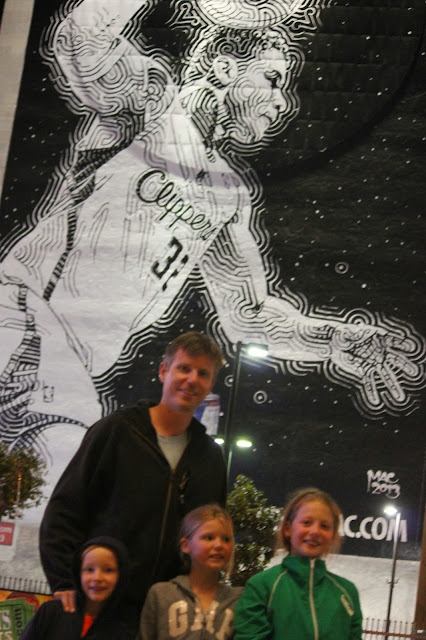 Two nights in a row for the boys: hockey one night and basketball the next. If only we still had an NBA team...and reasonable ticket prices.